A relatively quiet week in the world of this week’s links, a selection of which can be found below, as we bid au revoir to the spookiest of seasons and then begin the momentous psychological task of confronting the ever-nearing holiday season. Use the rare news-free time this week to dismantle the giant Home Depot skeleton and begin work on those end of year lists, lest you miss their all-too-brief window of relevance.

• Aug Stone reviews the masterful intrigue of  Juan Díaz Canales and Juanjo Guarnido’s Blacksad: They All Fall Down - Part One, translated by Diana Schutz and Brandon Kander - “Throughout the book, we see the powerful quite literally above the rest, on top floors of buildings and high up in the sky, while both the oppressed and the villains who carry out the elite’s dirty work are, for the most part, underground.”

• Leonard Pierce reviews the quiet intensity of Bastien Vivès’ The Blouse, translated by Fabrice Sapolsky - “It seems almost impossible to talk about Vivès without comparing him to some film director or another. His cross-genre capabilities and cultural touchstones have aspects of the Coen brothers and Steven Soderbergh, but the visual palette, pacing, and perspective are entirely European.”

• Justin Harrison reviews the shining contrasts of Ed Brubaker, Sean Phillips, and Jacob Phillips’ Follow Me Down: A Reckless Book.

• Steve Baxi reviews the masterful subtlety of Ed Brubaker, Sean Phillips, and Jacob Phillips’ Follow Me Down: A Reckless Book.

- The pleasing peculiarity of David Ezra Stein’s Beaky Barnes: Egg on the Loose.

• Robbie Pleasant reviews the rushed simplicity of Reimena Yee’s My Aunt is a Monster.

- The fanciful characters of CROM and Daniel Freedman’s Birdking, Volume 1.

- The conventional coherence of Dan Watters and Dev Pramanik’s adaptation of The Man Who Fell to Earth.

Tom Shapira reviews the straightforward utilitarianism of Juan Díaz Canales and Juanjo Guarnido’s Blacksad: They All Fall Down - Part One, translated by Diana Schutz and Brandon Kander.

"I was a fan of John's work before meeting him at an early TCAF show. He helped me as he does many others by selling our books through his Spit and a Half distro over the years."

• From the archives, originally published in 1992’s The Comics Journal #151, John Kelly interviews Drew Friedman about family history with Marvel Comics, the worst films, and National Lampoon - “To me, the artwork is just as important as the writing, if not more so in a lot of cases with comics. The artwork really has to be strong. It’s not really a writing medium, it’s an artistic medium. A lot of his artists’ work just doesn’t draw me in. I’m not going to say who they are... but the stuff [Harvey] Pekar’s done with Crumb is great.”

• Ian Thomas interviews Daniel Irizarri about life in Puerto Rico in the wake of Hurricane Fiona, comic book origins, and commission work in the freelance economy - “I think people misunderstand that there's Puerto Ricans in the states, second generation, who will market themselves fully in the flag but who have full access to the convention circuit and other US connections; and separate from that are the people who live on the island, who don't have that same opportunity to network in person with people who might be into our work. It feels like everyone is more and more isolated these days, so maybe it's become a more generalized sentiment, but I end up feeling like I'm not a part of the local scene, nor am I part of the US comics scene.”

• Chris Coplan speaks with Greg Weisman and George Kambadais about Gargoyles, empathy for the Other, and keeping things loose but getting the finer details right.

- Todd McFarlane and Greg Capullo about Batman/Spawn, the low-hanging fruit of superhero comics, and leaning into the darkness.

- Stevan Subic about The Riddler: Year One, bringing the character to life on the page, and making the move from the European market to American comics.

- Tini Howard and Gleb Melnikov about Punchline: The Gotham Game, building a strong supporting cast, and thriving on negativity.

- Mark Millar and Jorge Jiménez about Nemesis: Reloaded, the long road of bringing the character to the screen, and the series’ action focus.

- Annie Koyama about the work of Koyama Provides and Koyama Press, publishing freedoms, and the need for better knowledge of business practices in the world of cartooning.

- Sarah Wishart about EachOther’s Get Out of Detention: A Comic for Immigrant Detainees, creative collaborators, and making legal documents engaging in other media.

- Tillie Walden about Clementine, finding calmer waters of comics making, the joys of a sense of place, and teaching comics to new generations.

Steven Heller speaks with Shaun Tan about Creature: Paintings, Drawings and Reflections, the draw of Eastern European illustration, and working in service of accessible narratives.

Shaenon K. Garrity chats with Lauren Haldeman about Team Photograph, hypnagogia and seeing ghosts, and a book becoming its own creator.

This week’s features and longreads

• Here at TCJ, Jon Holt and Teppei Fukuda present a translation of Natsume Fusanosuke’s essay on the career of Miyaya Kazuhiko (aka Fuchigami Hajime), who passed away earlier this year, and personal history with Miyaya’s work - “It was easy to spot influences on him from the likes of Nagashima Shinji, but Miyaya always premised his stories on having a crisp entertaining quality, which is what endeared him to his young male audience. The details of the pictures he drew had a fresh kind of expression, deeply stamped in the kind of concrete aspects of what contemporary young men desired. What Miyaya had was exactly what was missing in typical illustrations done by other artists of contemporary culture, found in most manga at the time.”

• Also for TCJ, Brad Bird writes a brief remembrance of designer and animator Ralph Eggleston, who passed away in August, aged 56 - “Ralph soaked up music, movies, books and art with an unquenchable thirst, and eagerly shared his discoveries with countless friends and collaborators. His creativity, generosity, humor and friendship will be greatly missed.”

• Finally for TCJ this week, Steven Brower profiles the life and work of the prolific writer Joseph Greene, and contextualises Greene’s progressive politics, which would eventually see him blacklisted - “Two frequent collaborators who shared Greene’s passion for progressive politics were Jerry Robinson and Mort Meskin, studio partners. According to Robinson, although neither was a member of the CPUSA, “We were young, it was an exciting time, we were open…. We were both progressive. We went to a lot of Communist meetings; we could have been arrested.””

• The Middle Spaces returns, as Kevin Cooley presents part one of a two-part examination of the work of cartoonist George O. Frink, the framework needed to piece together that body of work, and the taboos it refused to shy away from.

• For Solrad, Kawai Shen writes on Kate Beaton’s Ducks: Two Years in the Oil Sands, and the socioeconomic and political contexts that many reviews of the book have not engaged with.

• Over at Shelfdust, Anna Peppard explores why it’s so hard to enjoy Jim Shooter and Steve Englehart, Barry Windsor-Smith, et al’s X-O Manowar #1, despite all that the story has going for it

• As part of Broken Frontier’s 20th birthday celebrations, Danny Noble presents some creator’s commentary on the making of Shame Pudding, and how the book was originally conceived, before focusing in on the author’s childhood; Sammy Ward gives similar insights into working on The Deeper You Go Into the King’s Wood, discovering the area that inspired the comic, and how it embodies a love for folklore and symbolism.

• From the world of open-access academia, the Journal of Perpetrator Research dedicates its latest issue to a comics special, with papers on Kindred: A Graphic Novel Adaptation, Fatherland, and Paying the Land, amongst others, plus a roundtable discussion on World War II and Holocaust comics.

• Mike Peterson rounds up the week’s editorial beat, over at The Daily Cartoonist, as Right-wing politicians in the UK and in the US grabbed the Hallowe’en headlines.

• Comic Books are Burning in Hell once more this week, except that it is other media related to comic books that are aflame, as Tucker Stone, Chris Mautner, and Joe McCulloch discuss the recent return of Alan Moore to the media spotlight, the Hernandez brothers documentary, and, of course, inevitably, a recent offering from Garth Ennis.

• KCET’s Los Bros Hernandez feature is also discussed in this week’s Thick Lines, before Katie Skelly and Sally Madden dive into Daniel Clowes’ Like a Velvet Glove Cast in Iron, and its various influences, plus, from last week, a reader mailbag episode, plus a definitive Diabolical comics Boyfriends bracket, settling the topic once and for all.

• Cartoon Crossroads Columbus’ videos from this year’s events are now going up over on the festival’s YouTube channel, with panel discussions, spotlight features, and keynote talks galore to tide you through the darkening autumn evenings.

• A fresh talk from the fall ‘22 program of the New York Comics & Picture-story Symposium, curated and hosted by Austin English, and this week Bhanu Pratap spoke about unfolding the form of the human body, the inherent absurdity of this, and attempting to convey the varying conceptions of The Body through imagery.

• Starting this week, if you have a desire to see Mark Millar interviewing various comics creators, beginning with Gerry Conway, then consider your thirst slaked.

• Yet more Cartoonist Kayfabing, as this week Ed Piskor and Jim Rugg took a look at Peter David and Dale Keown’s Hulk/Pitt, Mathew Klickstein’s See You at San Diego, the Hernandez brothers’ Love and Rockets #4, and Paul Gulacy on The Hands of Shang-Chi Master of Kung Fu, as well as turning the camera on Daniel Clowes’ The Complete Eightball prior to speaking with Clowes about collecting the series in omnibus form.

• Comix Experience’s book clubs return for October, as this month’s kids selection sees Brian Hibbs speaking with Irma Kniivila and Tri Vuong about Everyday Hero Machine Boy, and the influences on the book; while the older reader’s selection brought Karl Kesel and David Hahn to proceedings to discuss Impossible Jones, and contemporary mechanisms for getting paid what you’re worth.

• A few trips up in the Word Balloon with John Siuntres, as guests this week included Phillip Kennedy Johnson speaking on what’s to come from Action Comics, Jackson Lanzig on the new Star Trek comic series, and Art Baltazar on self-publishing new creator owned books.

• David Brothers hosted this week’s edition of Mangasplaining, as the crew discussed the practical problem solving of Chuya Koyama’s Space Brothers, before pivoting to discuss hit CBS show M*A*S*H, and its parallels to Koyama’s manga.

• David Harper welcomed Gale Galligan to this week’s edition of Off Panel, as they discussed new book Freestyle, the joys of shorter comics, publishing with Scholastic, and telling stories about younger people for younger readers.

That’s a closed book on this week’s selection, back soon with more, and remember - there are now 57 days until Christmas. 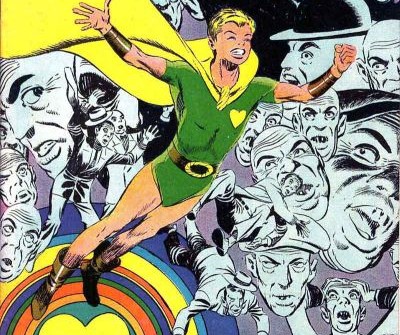 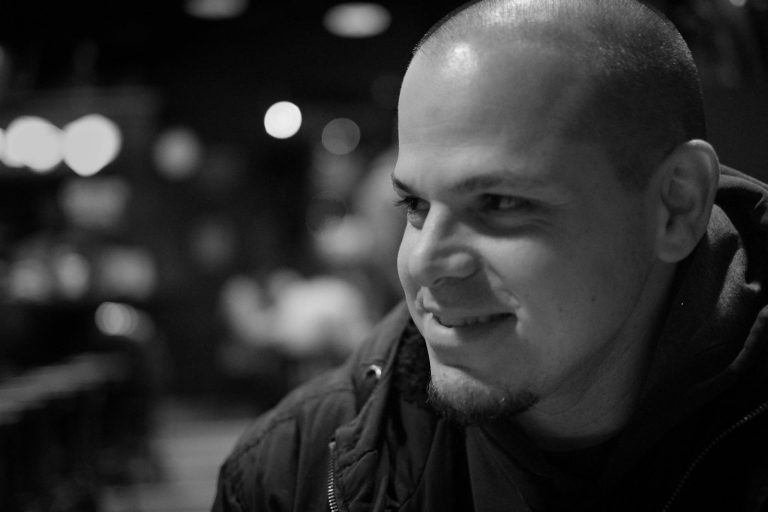 COVID, Comics & Manga: A Talk with Juan Albarran, the Mangaka from Spain