Joseph Greene’s earliest memory at age four was of the Bolsheviks shooting dissidents in his homeland of Crimea, on the Black Sea. Pogroms drove his family out, and he emigrated with his parents to the United States soon after, settling on the Lower East Side of Manhattan, like many other Jewish emigres, and then in Brooklyn, New York.

Born in 1914, Joseph Lawrence Greene is one of the Golden Age of comics' most prolific and unheralded creators and entrepreneurs. Thanks to his son Paul’s recent discovery of a treasure trove of myriad decaying manuscripts and meticulously-kept records, his contributions to this then-burgeoning industry can now come to light. 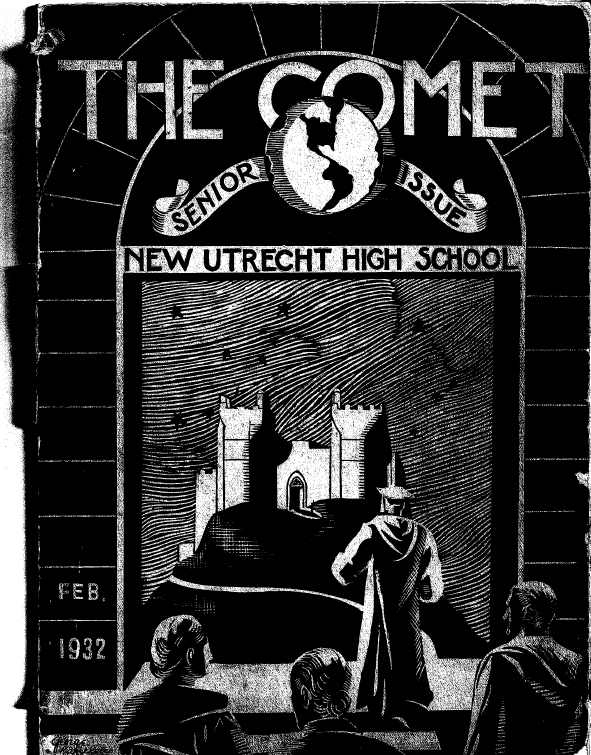 The family name was originally Grinshpun but was changed to Greenspan somewhere along the way. Joseph Greenspan attended and graduated from New Utrecht High School in Brooklyn where he was a track star and the editor-in-chief of the school magazine The Comet, for which he wrote short fiction. After graduating high school in 1932 he changed his name to Greene. He then attended Brooklyn College but dropped out soon after. Greene then joined the Merchant Marines, an experience that he would later draw on in his writings.

Around 1934 he met Bella Schectman at a political youth group while she was also a student at Brooklyn College. They were married at City Hall on the morning of December 24, 1936, and then, unceremoniously, both went to work.

Greene was politically active during this period, with deep concerns for workers’ rights, segregation and fascism, and joined the Communist Party. Founded in 1919, the Communist Party USA was a legitimate political party with great influence on national politics during the first half of the 20th century. Greene was not alone in the nascent comics industry he was soon to join; publisher Lev Gleason was also a member,1 and Harvey Kurtzman worked as an assistant to the staff cartoonist for the Daily Worker party newspaper.2

Soon Greene began selling scripts as a freelance ghost writer to myriad startup comic book companies, using a variety of pseudonyms including "Richard Mark", “Joseph Lawrence", "Joe Green", and “R.H. Joseph”, as well as Joseph Verdy", "Larry Verdi", and "Lawrence Vert”, all three last names a play on “green” translated from the Romance languages. While his work at Spark Publications has been long since acknowledged, on such characters as Golden Lad, with artist Mort Meskin, and the Green Lama, with artist Mac Raboy, we now know from the aforementioned unearthed manuscripts that he worked for various companies and dozens of titles, across genres. This includes National/DC Comics–working with Simon & Kirby on the Boy Commandos and Newsboy Legion characters, as well as Action Comics, All-American Comics and Detective Comics–and titles for other publishers: Western Hearts, Thrilling Comics, The Fighting Yank and Wonder Comics for Pines; Rangers Comics for Fiction House; First Love Illustrated for Harvey; Real Clue Crime Stories for Hillman; Wanted Comics for Orbit-Wanted; Suspense for Marvel; Justice Traps the Guilty for Prize; Public Enemies for D.S. Publishing; Atoman Comics, Green Lama and Golden Lad for Spark; and Crime Does Not Pay for Gleason.

Two frequent collaborators who shared Greene’s passion for progressive politics were Jerry Robinson and Mort Meskin, studio partners. According to Robinson, although neither was a member of the CPUSA, “We were young, it was an exciting time, we were open…. We were both progressive. We went to a lot of Communist meetings; we could have been arrested.”3

They worked together with Greene on Fighting Yank. They would work separately as well, Robinson on Atoman, Meskin on Golden Lad.

Meskin worked independently of the team as well. One such assignment was Tom Corbett, Space Cadet, which reunited Meskin with Greene in 1955. Tom Corbett had begun life as a radio show script in 1946, and a newspaper syndicated strip shortly thereafter, both written by Greene. Mass market paperbacks followed. Earlier names of the character and series included Capt. Quest, Tom Ranger, Capt. Star, Space Scouts, and Star Rangers. The initial comic book title began in 1953 for Dell and Western, and then Meskin illustrated three issues for Prize in 1955. Greene, in addition, hired Mort to work on another script he penned, "Billy Blade, Midshipman", under a private contract. Mort, responsible for all the art, lettering and inking himself, completed two full stories, but they were never published.

The television version of Corbett debuted on NBC on October 2, 1950, with Tom fighting “Men from the Darkside”, penned by Greene as well. He partnered with Rockhill Productions in what was perhaps an unprecedented amount of control. Greene was involved in the casting, the merchandising and publicity, even the use of public domain musical scores. The merchandising alone would make George Lucas envious: dolls, lunch boxes, boy’s and girls’ socks, pencil boxes, wrist watches, key chains, coloring books, and more. He earned $125 per week, $1,536.70 in today’s money, as an equal partner. The show ran for five years.

Greene also published several science fiction novels, both under his own name and pseudonyms, as well as radio scripts, and ghosted for newspaper comic scripts, among them Frank Frazetta’s syndicated newspaper strip Johnny Comet/Ace McCoy.

Things were going swimmingly, and then Greene, along with others in the comic book industry, was blacklisted for his political affiliation. Hollywood blacklists following the HUAC investigations were in full force, and the comic book industry was still reeling from the Senate Subcommittee on Juvenile Delinquency hearings. Greene was forced to sell his shares in the Tom Corbett television show and could no longer find comics work.

One would think the Communist Party would take the side of freedom of speech in regards to comics, but that wasn’t the case. In the 1951 issue of Arena, Great Britain’s Communist publication, it was written, “Comics portray fantasies of the future, all fascist in character.” In France the Parti communiste also denigrated “degenerate comics” from the United States. Back home, the Daily Worker decried “so called ‘comics’ for brutalizing American youth to prepare them for military service in implementing their government’s aims of world domination.” Likewise, the Socialist Workers Party called comics “that typical product of culture sponsored by American capitalism… a narcotic to which undeveloped and adolescent minds are very much addicted. They deal with violent sadistic stories presented in a series of pictures and captions, prepared in such a way as to be understood without thinking.”4

Perhaps all this led to Greene’s ambivalence about working in the comics field, which he shared with many other comics colleagues. Ironically, by the time of his blacklisting, he had renounced his party affiliation, as many others did as news of Stalin’s USSR came to light following the war. According to Jerry Robinson, “We found out years later, it was the most vicious fascist regime”.5

With a young family to support, Greene took on a variety of jobs. He wrote for educational films strips, forming his own company, Olympia Film Productions. His wife Bella worked as a secretary for the ACLU to help sustain the family, which by now included their three small children, Robert, Paul and Ellen. 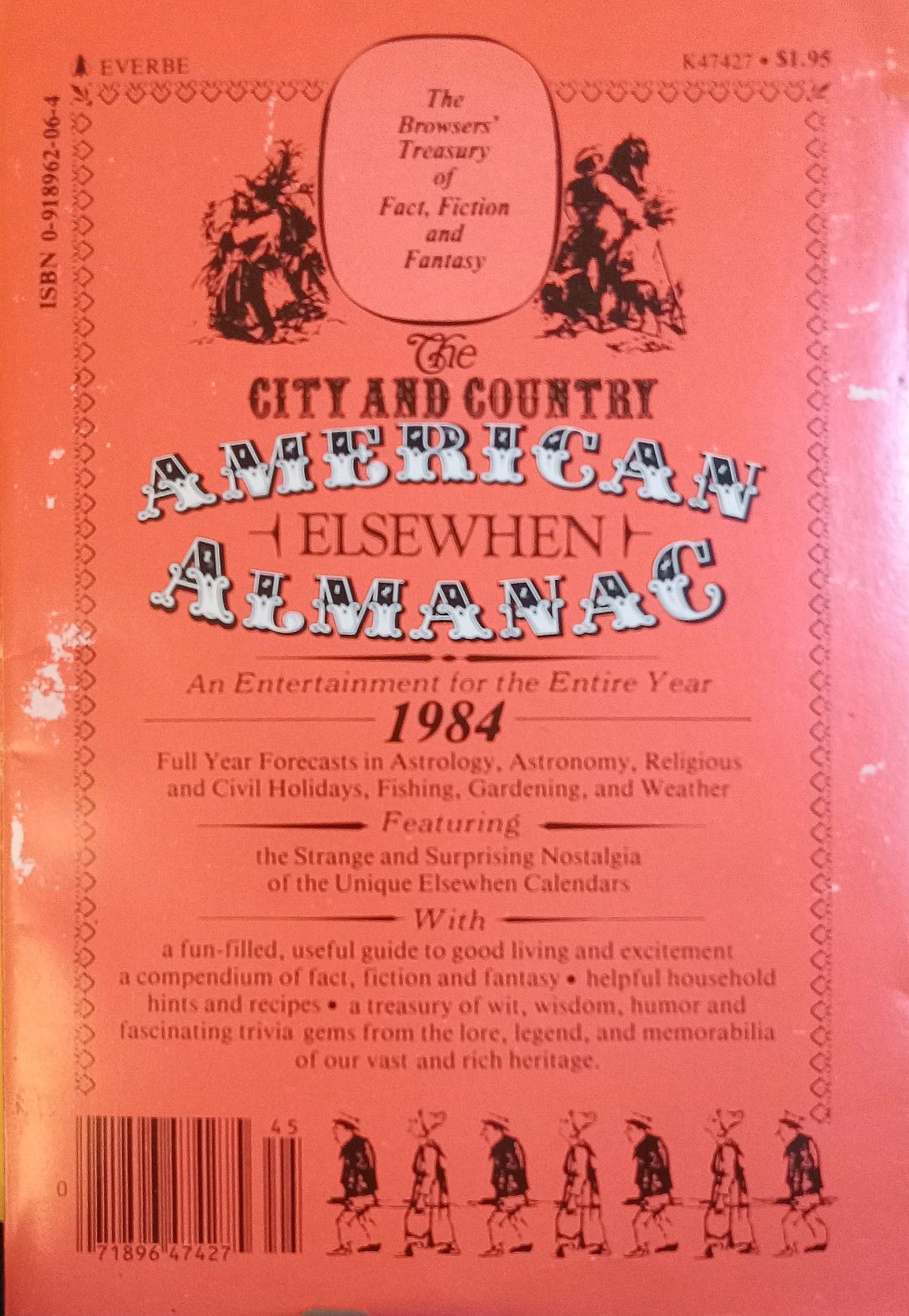 As the blacklist eased, he went to work as an editor at the New York City publishing house Grosset & Dunlap. They had published Greene’s series, Dig Allen Space Explorer, six books between 1959 and 1962, prior to his employment. Greene returned to school in 1961, and finished his degree in English sometime after 1965. He moved up to the positions of managing editor and acting editor-in-chief before leaving Grosset in 1972 or 1973. During his semi-retirement he created The City and Country American Elsewhen Almanac, which he wrote, edited and art directed.

Special thanks to Paul Greene 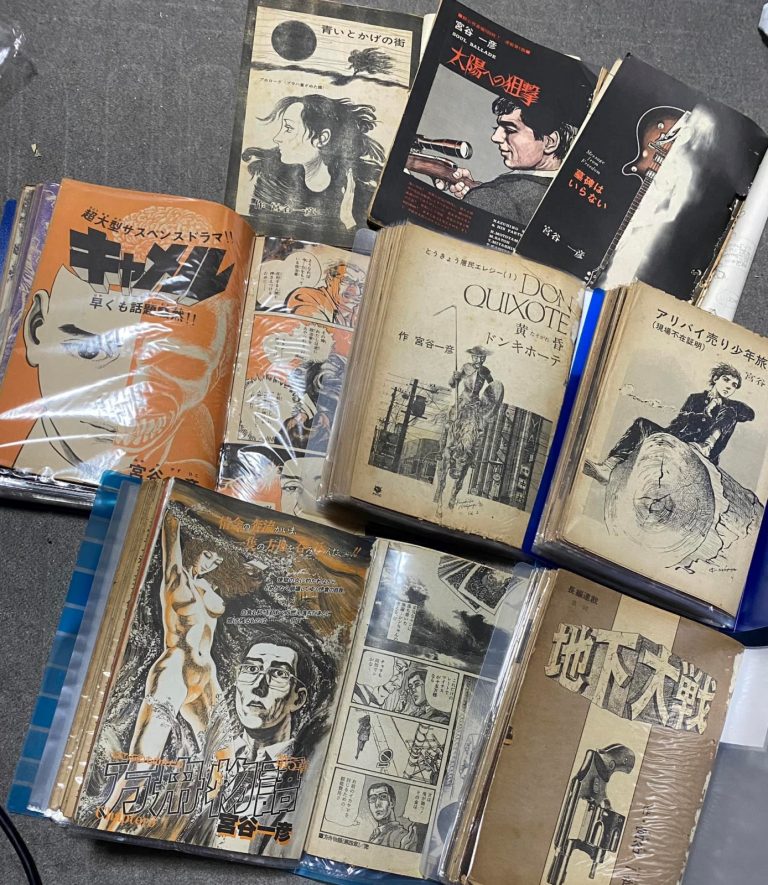 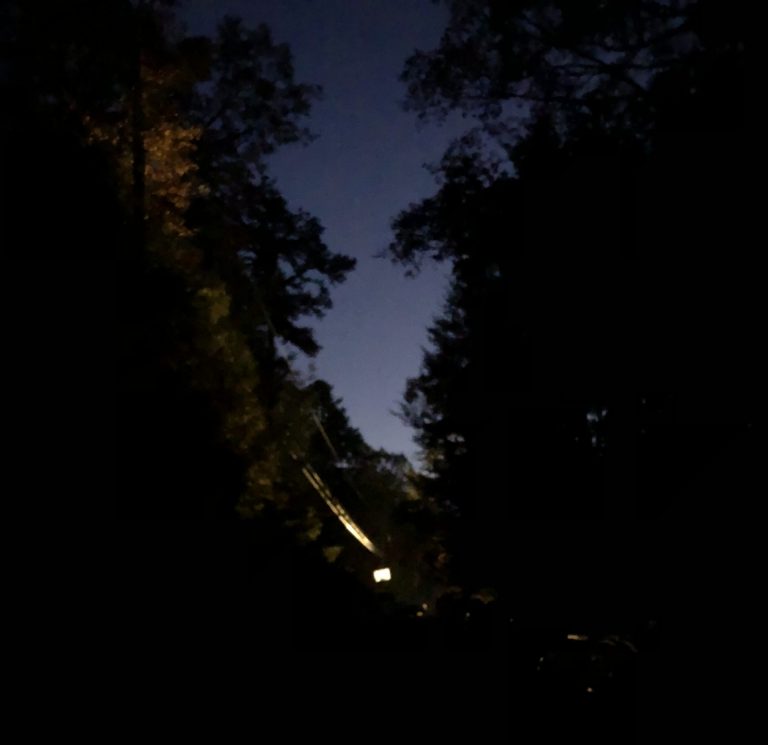 Such Sights To Show You – This Week’s Links