A slightly distracted edition of this week’s links, a selection of which can be found below, because UK politics has become akin to the cover of The Punisher: War Journal #19 - it’s loud, it’s brash, and it makes me laugh every single time I think of it. Ahhhh, we’re all completely doomed. Still, only a month until the World Cup, eh.

• Starting this week’s selection with “I for one welcome our robot overlords” news, as Insider reports on the hot button issue of AI-image generators, as battle lines begin to be drawn over the copyright issues surrounding the images that are generated by interrogating their databases, and ownership of the datasets upon which the AIs in question are trained - Cosmopolitan touted the world’s first AI derived cover image for a magazine publication over the summer, and social media feathers were ruffled this week over allegations that The Marked: Halloween Special, published by Image Comics, features AI imagery on the issue’s various covers, despite being credited in solicits to Brian Haberlin and Geirrod Van Dyke.

• ICv2 reports on yet more diversification within the comics distribution space, as Lunar Distribution expands its Rolodex to a baker’s dozen plus three, welcoming Black Mask and Mad Cave studios into the fold - the devolved distribution network implemented over the last couple of years, following the end of Diamond’s effective monopoly, has become increasingly turbulent of late.

• Koyama Provides announced the latest recipient of their grant program, awarding $1,500 to James Kuo, which will be used “to visit Taiwan Comic Base: a co-work space for local artists, also Mangasick: a gallery/bookstore and hub for local zine-makers, and the National Comic Museum in Taichung.”

• The Massachusetts Independent Comics Expo announced the winners of this year’s independent creators mini-grants, providing 15 awards of $100 to be used towards comics/zine printing, marketing, and PR costs, while this year’s grand prize of an additional $400, as chosen by special guest judge Steenz, will be announced as part of this weekend’s events.

• A pair of announcements regarding academic funding in the comics space, as The Billy Ireland Cartoon Library reminds researchers that the call for applications to the Lucy Shelton Caswell Research Award, providing up to $2500 support to travel to Columbus, closes on Wednesday the 30th of November; and the Center for Cartoon Studies' BIPOC and needs-based scholarships for their winter cartooning workshops are currently open, with a deadline of Friday the 18th of November.

• Bill Griffith shares news with TCJ of next month’s upcoming memorial evening for Diane Noomin, taking place at 7pm on Thursday 10th of November, at the School of Visual Arts Amphitheater, with guest speakers including Griffith, Art Spiegelman, Karen Green, Bill Kartalopoulos, and Phoebe Gloeckner, amongst others.

• Tim Hayes reviews the dark discomforts of Bryan Talbot’s The Legend of Luther Arkwright - “This time Talbot leans explicitly into how stories are told and messages are mediated. Legend is itself framed as a story told in some far-flung future by a Scheherazade figure to a curmudgeonly listener, whose gripes about the storyteller's pace and choice of tale won't surprise anyone who read Alice in Sunderland, where this kind of thing happened all the time.”

- The determined sincerity of Liz Montague’s Maybe an Artist.

- The savvy wonder of Brian Fies’ The Last Mechanical Monster.

JooHee Yoon interviews Blexbolex (with translation from Allison Charette) about People and Season, a lifelong fascination with books, structuring projects, and not trusting anyone - “Although I think of myself more as an artist than an author, the instant I sit down to create something I always put some narrative element into my works. The graph’zines being produced in the '90s certainly didn’t require that. Quite the opposite, in fact: I very often thought it was a flaw that we could only produce images that had purely graphic elements.”

• Chris Coplan speaks with Katana Collins about Cherish, moving to comics from prose, the motivations of romance, and collaborative teams; and with Evan Narcisse about Batman: Gotham Knights – Gilded City, story pitches, looking back into Gotham’s history, and video game narrative consultation.

• Deanna Destito chats with Ryan Silbert and Luke Lieberman about Alliances, building things from scratch, making your readers think, and plans for the future.

• Joe Grunenwald talks to Todd McFarlane and Greg Capullo about Batman/Spawn, playing with time, the characters’ strengths and weaknesses, and bringing shadows and long capes back together once more.

M.H. Miller speaks with Alan Moore about Illuminations, fan misconceptions, the allure of Northampton, a life with and now without comics, and making work that is genuinely horrific.

Jim McLauchlin chats with Big Lick Entertainment’s JD Sutphin about retail and eventing, bringing community into the commercial space, and realising the big decisions are on you.

• Kate Kosturski interviews Liz Montague about Maybe an Artist, journeys to publication, figuring out who you are, and artistic inspirations.

• Kyle Welch speaks with Cecil Castellucci about Shifting Earth, the importance of seeds, comics in the literary world, and planetary circumstances.

Juana Summers speaks with Kindra Neely about Numb to This: Memoir of a Mass Shooting, finding serenity in nature, journalistic responses to the aftermath of violent acts, and the realities of living in a nation with endemic mass shootings.

• Erika Hardison interviews Elizabeth Montague about Maybe an Artist, telling your story to help others, learning with dyslexia, and creating from an honest place.

• Libby Morse chats with Ben Clanton about The Greatest in the World!, moving from picture books to graphic novels, and comedy influences.

• Lenny Picker talks to Alan Moore about Illuminations, the multidisciplinary approach to writing, the gentrification of comic books, and exorcising the funny book poison.

• Here at TCJ, Matteo Gaspari writes on the works of Vanna Vinci, and their place in Italy’s graphic novel landscape, and within the wider history of comics in the country - “There’s a palpable level of obsession, of research, of slow and methodical scrutiny that transpires from the pages and that makes these books accurate and dense. This is not to say that there’s not a selection of facts or an adhesive-to-reality approach that erases narrative invention. Of course there is. But from the huge historical background, and from a deep knowledge of it–the kind of knowledge that takes time to build–Vinci distils the important and foundational elements that give the reader both an historically accurate reconstruction of a life and the key to grasp its very soul.”

• Also for TCJ, Andrew Farago writes in remembrance of the life and work of Vincent Kukua, who passed away earlier this month, aged 45, with extensive tributes from family, friends, and colleagues - “Despite his long hours and demanding schedule at Image, Vincent always found time to create his own artwork, taking part in online drawing challenges, creating posters and promotional artwork for local nonprofit organizations, creating art for friends, filling sketchbooks at the corner coffee shop, or making mini-comics to sell and trade at conventions.”

• A pair of essays over at Women Write About Comics, as Sam Guido interrogates the failings of the trans representation to be found in DC’s Galaxy: The Prettiest Star, and Kathryn Hemmann explores the tensions in the fanzine community and the form’s roots in Japanese dōjinshi.

• Another pair of pieces, this time courtesy of Publisher’s Weekly, as Deb Aoki reports on the extensive manga presence that was to be found at 2022’s New York Comic Con, and Nicole Audrey Spector writes on the pros and cons of Webtoon’s rapid expansion in the digital comics space.

• Closing out this week’s triptych of double bills, over at The Gutter Review, Charles EP Murphy writes on the underappreciated comics work of Paul Grist, and why more people should have been reading Jack Staff, Mudman, et al; while Sara Century shares personal history with the X-Men, and the importance of the themes and characters found in their stories, even when the subtext was never expressly made text.

• Elizabeth Sandifer’s Last War in Albion returns and, while other headlines may be focusing on Alan Moore’s return to prose, this week’s edition looks back to Mark Millar’s time with one Sonic T. Hedgehog, esq.

• Shelfdust’s Black Comics History continues, and this edition sees Lucius Illuminux look back to 1993 and the arrival of Dwayne McDuffie and Mark Bright’s Icon #1 during a time of superhero upheaval.

• Agence France-Presse reports from Tokyo on the 50th anniversary celebrations for Riyoko Ikeda’s The Rose of Versailles, and the global impact the story has had across half a century.

• From the world of open-access academia, Oana-Ramona Ilovan writes in the Journal of Settlements and Spatial Planning on women’s roles in communist Romania, as depicted in comics published in Cutezătorii.

• For Alpenglow, Martin Dolan writes on the need to reevaluate the comics canon, in order that Gilbert Hernandez' Palomar stories from Love and Rockets be given the academic attention they deserve.

• Mike Peterson rounds up the week’s editorial beat, for The Daily Cartoonist, as UK politics and American politics vied for attention.

• A pair of talks from the New York Comics & Picture-story Symposium, as Austin English hosts a talk from Megan Kelso on new book Who Will Make the Pancakes, while Ben Katchor hosted a talk earlier this year from Dustin Holland on the relationship between comics and poetry.

• A pair of PR appearances from Tom Gauld this week, in celebration of the launch of Revenge of the Librarians, hosting a new edition of At Home with D&Q, and joining Gil Roth on The Virtual Memories Show to talk about the book’s creation and working to tight deadlines.

• David Harper welcomed Marjorie Liu to this week’s Off Panel, as they spoke about The Night Eaters: She Eats the Night, time travel, the allure of fictional families, and creating during the COVID-19 pandemic.

• An NYCC look-back from Publisher’s Weekly’s More to Come this week, as Calvin Reid, Heidi MacDonald, and Kate Fitzsimons discuss the industry news that came out of last weekend’s convention, and how the whole ‘being back in an enclosed space with hundreds of thousands of people’ thing went.

We hope you have this date on your calendar! pic.twitter.com/eyPgNL7xcd

That’s all for this week, back again same time next time with more, probably having had a new Prime Minister or three in the meantime. Absolute chaos.

MICE starts in 48 hours! We're excited to welcome you back to a wonderful weekend of comics!

🌐 Boston University Fuller Building (not Cambridge!)
😷 Masks required in all MICE-related space for everyone
💸 Admission & programming are free to attendhttps://t.co/bXcx38IqRI pic.twitter.com/HNdLLl5hSG 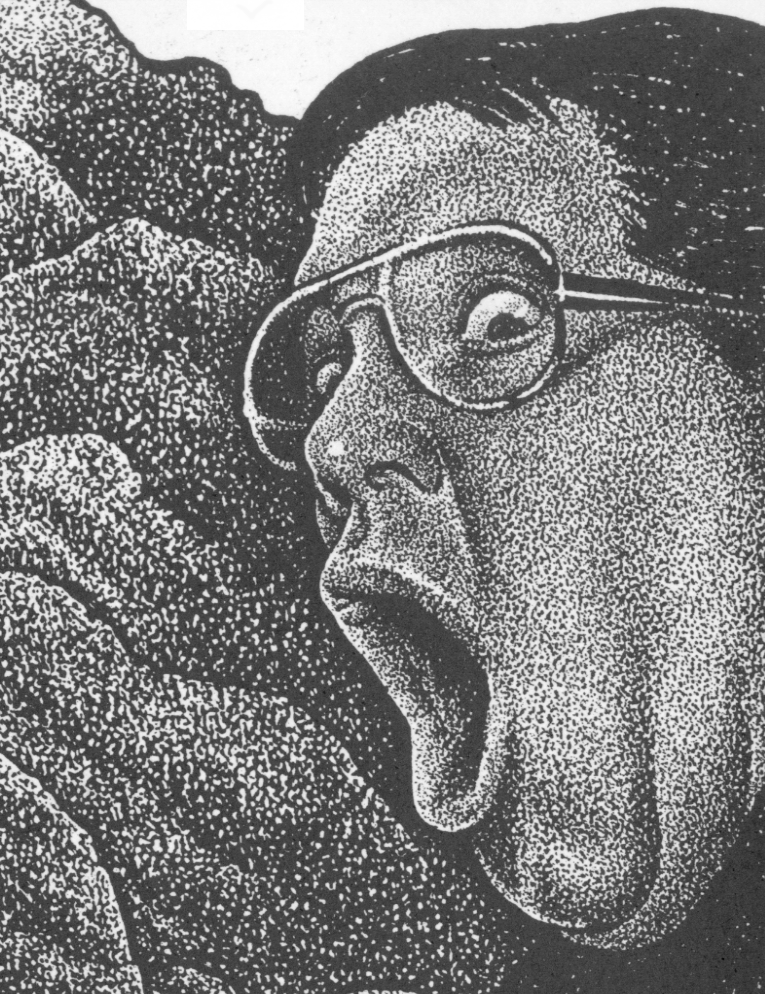 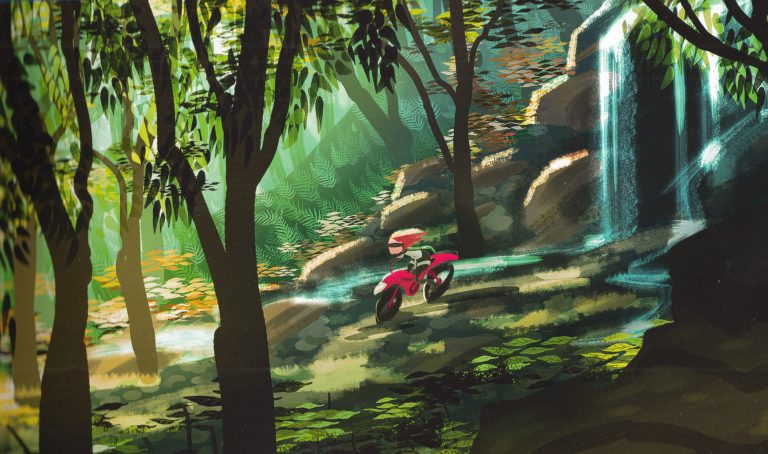