A return to normality this week, as the news absent from our previous edition makes itself known once again - all the old favourites are back from vacation, including injunction news, murky digital platform business news, and a big old batch of awards news - and if this trend continues then I predict that global news media output will be entirely focused on comics industry comings and goings by August 27th 2023.

Inside this week’s issue of The New Yorker: https://t.co/ILImCETW4M pic.twitter.com/RrFGmZ5Th1

• Starting the week with antitrust news, and Judge Florence Pan announced on Monday the decision to block the proposed merger between Penguin Random House and Simon & Schuster, with the DoJ acquiring a permanent injunction against the former’s acquisition of the latter, which would have created a monopsony (or duopoly, depending on your perspective) and harmed competition in the book market, following extensive testimony in August of this year. Pan’s nomination to the U.S. Court of Appeals for the District of Columbia Circuit was confirmed by the Senate back in September.

• Staying in the world of court reporting, and a mistrial was declared this week, with charges of grand theft dismissed, against Keya Morgan, former manager of Stan Lee, following allegations that Morgan had stolen $200,000 of proceeds from memorabilia sales from Lee - Lee was granted a restraining order against Morgan prior to his death in 2018.

• Continuing the week’s awards round-up, Harmony Becker was announced as one of the winners of this year’s Kirkus Prizes for Himawari House, Gene Luen Yang has won the 2023 NSK Neustadt Prize for Children's and Young Adult Literature with American Born Chinese selected as the representative text for the jury, Ward Sutton was named as winner of the the 2022 Clifford K. and James T. Berryman Award for Editorial Cartoons from the National Press Foundation, and Michel Rabagliati is the first graphic novelist to be awarded the Prix Anthanese-David.

• Koyama Provides announced the latest recipient of their grant program, awarding $1,500 to Gabriel Howell, which will be used to “compile a publication with a handful of new comics and a few old ones that I retired too early.”

• In memoriam, remembering those the world of comics has lost, and news was shared this week of the passing of prolific cartoonist George Booth, aged 96 - The New Yorker featured a documentary celebrating Booth’s life and work earlier this year, which can be watched here.

saw this in a dream pic.twitter.com/ixh0nTZbnM

• Laura Paul reviews the intimate insights of Megan Kelso’s Who Will Make the Pancakes - “When Kelso has been asked about her work, she’s spoken about dreading computer coloring and almost getting carpal tunnel syndrome from time-consumptive lettering. Alienation from labor performed is revealed to be a problem for both mothers and cartoonists.”

• Ben Austin-Docampo reviews the confident subtlety of John Grund’s West #1-2 - “Grund’s delicate line evokes sparse yet descriptive settings. His character designs may call to mind the work of Eleanor Davis or Moebius. He makes use of highly regimented panel grids with efficiency and abandons them for freer, more expansive pages that eschew unnecessary structure.”

• Tucker Stone reviews the juxtaposed remixes of Rebellion’s Battle Action - “Anyway, there was a question here, and the answer is: no, there isn't anything new here. There's more of Ennis doing Johnny Red air combat, some leftover Night Witches stories (more air combat), more stories that could have served as flashbacks told by Tommy Monaghan's drinking buddies in DC's Hitman, comics pitched at the same humor level as a Marvel Knights Punisher (the only thing missing besides the costume is Jimmy Palmiotti), and a continuation of Ennis' second-favorite war comic obsession after all the air combat stuff: tank comics.”

• David Brooke reviews the rich rewards of Marjorie Liu and Sana Takeda’s The Night Eaters: She Eats the Night.

Neal Wyatt has a starred capsule review of multifaceted reflections of Sabba Khan’s What is Home, Mum?.

- The powerful bombast of Velinxi’s DPS Only!.

- The vibrant action of Cedric Caballes’ The Witch’s Throne.

Let it be spooky season a while longer. pic.twitter.com/3CpzmqDyUc

Ritesh Babu and Ari Bard interview Juan Albarran about Matagi Gunner, early comics memories, the Spanish comics industry (or lack thereof), and differences between manga and comics publishing - “My process has changed a little bit. The goal is always to be faster, right? How can I eliminate steps and try to do everything faster? Basically I have to do a chapter in a week, most of the time. 20 pages. Which you would think “Oh, but the assistants help you,” but I still have to draw the storyboard of 20 pages, and I have to draw 20 pages worth of characters and SFX and everything, which is what I do, everything except the backgrounds in about three days. Which is insane.”

• David Brooke speaks with Daniel Hillyard and Doug Wagner about Push, mission statements, reader responses, and the joys of horror.

• Chris Coplan talks to Marc Silvestri about Batman & The Joker: The Deadly Duo, editorial carte blanche, and the importance of an imperfect Caped Crusader; and to Ryan Silbert and Luke Lieberman about Alliances: Orphans, onboarding readers to Stan Lee’s final work, and learning to create myth.

- Tom Oldham about Breakdown Press, Brexit, and the joys of books for kids.

- David Schilter about kuš! comics, the publisher’s 15th birthday, and having a busy 2022.

- Ricky Miller about ten years of Avery Hill, and ten key published titles from that period.

- Simon Moreton about WHERE?, polemics, and the complexities of self-publishing.

- Frederik Hautain about founding Broken Frontier, and changes in the industry over the last two decades.

Christian Holub interviews Marjorie Liu about The Night Eaters: She Eats the Night, the perfect fit of families and horror stories, and putting mommy issues at the heart of the book.

Abraham Riesman talks to Gilbert Hernandez, Jaime Hernandez, and Mario Hernandez about Love and Rockets, staying true to the punk ethic, and the realities of a career in cartooning.

Kyle Welch chats with Matt Lesniewski and The Faceless and the Family, keeping a spin on The Wizard of Oz found-family dynamic fresh, and crowdfunding with Zoop.

JK Parkin speaks with Rich Koslowski about F.A.R.M. System, juggling projects, ideas for superhero systems from the world of baseball, and getting straight to work on book 2.

• Here at TCJ, John Kelly reports from the recent Binky Brown's Funeral Pyre exhibit memorialising Justin Green, speaking with the people who made it happen, and from the return to Cartoon Crossroads Columbus’ in-person programming - “On a final note, earlier in the festival, CXC presented the Tom Spurgeon Award to the manga scholar and translator Frederik L. Schodt. It was the first time the award, named in honor of the late comics scholar and friend to many in the field, was given out in person. Spurgeon, the founding executive director of CXC, died in 2019. "Tom would have been proud of what we pulled off for 2022, and delighted by the many cross-genre and cross-generational connections made throughout the weekend," said Billy Ireland's Caitlin McGurk in a Facebook post. "Miss you and love you buddy."”

• Also for TCJ, Bart Hulley writes on requirements by publishers for faithfulness in translating comics work, and the disservice this does to translators and the works in question - “The fundamental problem with notions of faithfulness is that they imply the existence of a measurable scale of loyalty. Yet there is no such thing as a 100% faithful translation. Any attempt to reproduce a comic in a new language will inevitably change it.”

• For The Middle Spaces, Kevin Cooley presents part two of an extensive profile of George O. Frink, this time out looking back on how Frink’s personal life and cartoon work intersected.

• PopMatters present an excerpt from Ryan Poll’s Aquaman and the War against Oceans: Comics Activism and Allegory in the Anthropocene, examining the complexities of Geoff Johns’ run on the character as part of the New 52.

• Allyson McCabe profiles the life and work of Charles Addams, for NPR’s Morning Edition, ahead of the lauded cartoonist’s induction into the Society of Illustrators’ Hall of Fame.

• For The Gutter Press, Chloe Maveal writes on the issues inherent in presenting underground comix in the classrooms of 2022, and the teachable moments to be lost if they are cast out en masse.

• Also looking back in part to the underground comix movement, for Print, Steven Heller presents a two-part history of design and illustration in the 60s.

• Over at Solrad, Rob Clough continues a retrospective series of features on the NOW anthology series, this week looking back on issue 5’s blossoming experimental weirdness.

• For Shelfdust, T Trewhella examines the shifting form of Werewolf by Night, a title under the thrall of the Comics Code Authority of the time; and Elizabeth Sandifer writes on the shifting grains of The Sandman Universe Presents: Hellblazer, and the impossibly doomed task of redefining a character like John Constantine under corporate whims.

• Over at Women Write About Comics, Morgan Perlstein writes on the B’nai Mitzvah of Kitty Pryde, as found in the pages of Chris Claremont and John Byrne’s Uncanny X-Men #143.

• Continuing Broken Frontier’s 20th birthday celebrations, R. E. Burke presents creator commentary on recent zines and comics, including Secret Keeper, For A Period of Time, Where Are You Going?, and Fitting In (A Sex Zine); and Joe Stone provides similar treatment for Neurotic Fiction #1, breaking down the juxtaposition of juvenile humour and melancholia, and the intentionality of the 9-panel grid.

• Heidi MacDonald reports on the recent Diamond Retailer Summit for Publisher’s Weekly, as the US manga market continues to grow, a topic also covered in The Guardian by Alison Flood.

• For Polygon, Zach Rabiroff writes on the importance of The Death of Superman, and the four replacements for the Man of Steel that spun out of the event, both thirty years ago and for the contemporary DC transmedia universe.

• From the world of open-access academia, writing in Canada and Beyond, Coral Anaid Díaz Cano examines the aspects of acquired disability as depicted in Georgia Webber’s Dumb: Living Without a Voice.

• Mike Peterson rounds up the week’s editorial beat, over at The Daily Cartoonist, as hay was made from the acquisition of Twitter just in time for voting season to arrive.

• Drawn & Quarterly presented a mini-documentary on Yeong-shin Ma’s creative process,, the making of Artist, and drinking in Yeonnam-dong, with translation by Janet Hong, and a pretty good drone shot at the start there.

• Chip Zdarsky hosted this week’s edition of Mangasplaining, as the team returned to Gido Amagakure’s Sweetness and Lightning, to properly dive into the manga’s first volume, and food-based commissions list digressions.

• David Harper welcomed Kyle Starks to this week’s edition of Off Panel, as they spoke about I Hate This Place, starring roles and backup strips, the personal nature of horror and comedy, and spicy basketball chat.

• Closing the week, inevitably, with this week’s Cartoonist Kayfabe selection, as Jim Rugg and Ed Piskor’s #content this week was focused on original art and poster troves, as well as a rare Jeff Smith Bone comic, and The Official Marvel Comics Try-Out Book, plus a shoot interview with Peach Momoko at the drawing board.

No more for this week, as the nights have drawn in, and so I must put on my sleeping cap and retire as soon as the sun sets. 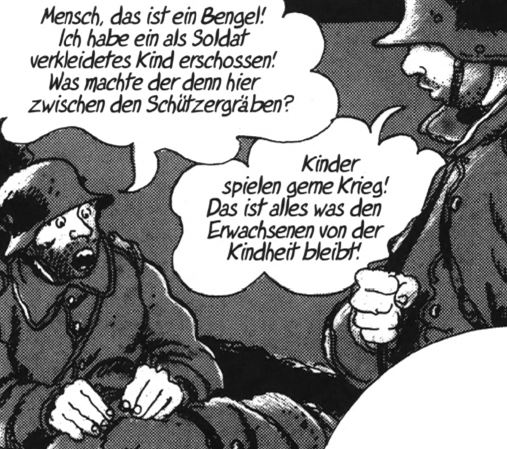 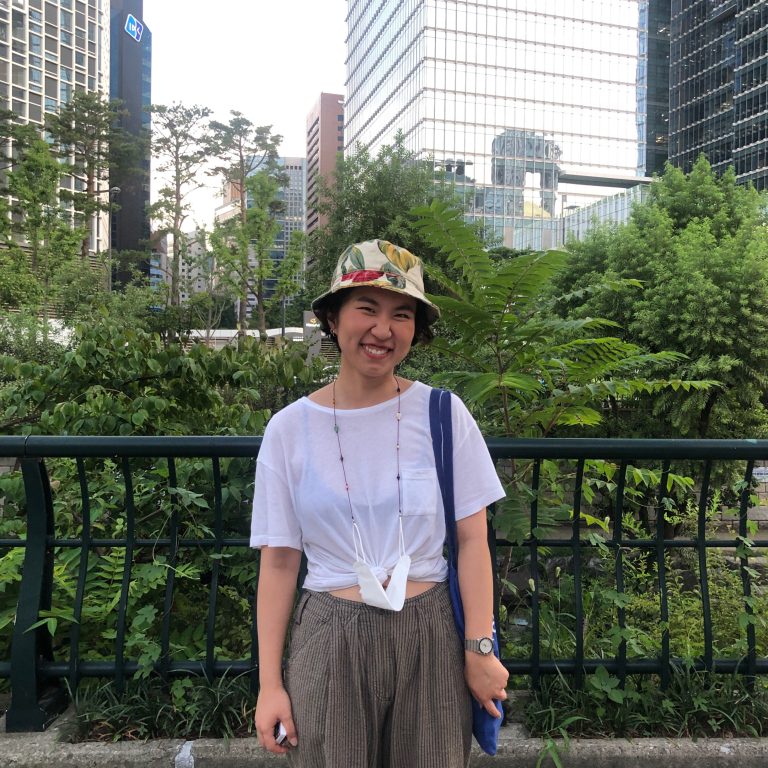 Inside the World of Korea’s “Digital Snack Culture”