In any court of law, establishing whether someone has been unfaithful to their contractual commitments usually comes down to a lawyer presenting evidence that proves the defendant slept with someone they weren’t supposed to. In most cases, if the judge and jury are convinced of illicit bedroom activity, then they were indeed unfaithful; case closed. However, in the universe of comics translation, proving that a translator has been “unfaithful” to the author or the source text they were given to translate requires proof of something far less tangible; a two-hour room reservation at a hotel on the seedier side of town just won’t cut it.

Nonetheless, it seems that the demand for faithfulness in translation contracts, drafted by people lacking the necessary expertise (i.e. lawyers), could be behind the translation policies of many comics publishing houses. For example, I recently came across the following clause in a rights contract issued by a major(!) French comics publishing house (which I have translated as faithfully as possible, you understand):

“The Publisher undertakes to produce a faithful translation, without cuts, modifications, or additions.”

And this rather eloquent equivalent from a British rights agent for a French translation of an English illustrated book:

“The translation shall be made faithfully and accurately by a translator of the highest standard and it will not in any way distort or mutilate the work or be otherwise prejudicial to the honour or reputation of the Author. No additions, deletions, abridgements or alterations may be made.”

Such clauses are by no means exceptional, a quick online search will return numerous literary rights contract templates containing similarly worded paragraphs. What is problematic about these clauses, and all others like them, is that ‘faithfulness’ in translation has no singular definition, never mind what damaging the honor and reputation of the Author might actually entail.

In short, these clauses are so open to interpretation that just mentioning "faithfulness" flies in the face of what contracts are designed to do: be clear, precise, and objective.

So why is it even discussed in publishing? Habit? Tradition? Delusion? Possibly all three, but recent advances in machine translation might also have something to do with it.

Since the arrival of machine translation services, editors have been increasingly influenced by applications like Google Translate, DeepL and Microsoft Translator. Microsoft recently claimed it was close to achieving ‘human parity’ (in reference to their machine’s ability to translate Chinese news articles into English.) With the help of a string of adjectives selected for marketing purposes (neural, AI, deep learning) these types of apps have earned a reputation for supplying largely accurate translations. So, by extension, human translations (which some are now calling a ‘bio-translation’, would you believe) that closely match machine translations are now regarded as being more faithful. This, however, is a leap of faith, pardon the pun - particularly when it comes to translating comics. Accuracy and faithfulness are not the same thing. And translators are not machines.

To paraphrase comics translator Edward Gauvin (TCJ Interview with Alex Dueben, 2/12/2020), a translation should be accepted as one person’s individual interpretation of the original, rather than as an attempt at creating a verbatim copy to be judged for its accuracy. Yet it seems that accuracy is precisely what is being used to judge comics translations today.

Until recently, accuracy was rarely considered as having much to do with the ‘quality’ of a translation. Anthea Bell’s translations of Asterix, for example, were rarely criticized for their lack of faithfulness to Goscinny’s originals. In fact, many applauded her for improving upon the originals by modifying and adding various elements to make the series more coherent and even funnier. Likewise, the team who translated Tintin were rarely criticized for shifting the setting of the whole series from Belgium to Great Britain. As long as the books respected the spirit of the originals and were enjoyable to read (and sold well), no one seemed to much care about whether they truly reflected the words of the originals.

The scenario was the same in the US. Consider this brief exchange between two characters in a panel on page 15 from Tardi’s award-winning It Was the War of the Trenches, as translated by the late (great) Kim Thompson, which bears only a passing resemblance to Microsoft’s view of what an accurate English rendition of the original French should be:

Which is the better text? Thompson’s, without hesitation. It’s excellent, right? It is believable, well-crafted dialogue, unlike the machine’s. However, some editors (and lawyers) might regard Thompson’s text as deviating too far from the original, funny birds that they are, despite his text being faithful to the voices of the characters and the spirit of the panel.

The fundamental problem with notions of faithfulness is that they imply the existence of a measurable scale of loyalty. Yet there is no such thing as a 100% faithful translation. Any attempt to reproduce a comic in a new language will inevitably change it. (See Decker, Dwight, "The Treason of the Translator." Amazing Heroes #160, March 1, 1989, pp. 71–73.) The opposite is also true: a 0% faithful translation is next to impossible to achieve. For example, here’s a panel from page 20 in the same book:

No, you're not mistaken, this is definitely from the English edition; Thompson in fact translated the original French into German for this panel. Now compare this with a Microsoft translation of the original text:

-My god!... He's a kid! I shot a kid dressed as a soldier... but how could he get here and walk between the lines with a gun?
-Children like to play war. That's all we have left of our childhood... playing war...

Which is the better text? Hard to say - because you probably don’t speak German (and nor do I.) From a lawyer’s perspective this might be taken as outright proof that Thompson has been unfaithful to the source text - and fruitful litigation can therefore follow! But wait… the characters are German, so therefore shouldn’t they be speaking German? And, considering that your average reader today has access to a translation app to make sense of the German text, they’ll soon realize that Thompson’s German text is not a far cry from the machine’s English version anyway. So, isn’t Thompson, in fact, being more faithful in terms of historical accuracy than even the author dared to be?

While Thompson may have described his approach to translation as extremely unfaithful on a word-for-word level, it regularly resulted in superlative English versions of countless foreign comics. Indeed, 5 Eisners, 2 Harveys, and 23 other nominations for his work suggests that a lack of ‘faithfulness’ in translation is the approach preferred by readers across the English-speaking world. And, perhaps more importantly, not a single author has taken Fantagraphics to court, as far as I know, for publishing such ‘unfaithful’ work.

Thompson shared his thinking on translation during a TCJ translation roundtable in 2010, recalling an early-career conversation he had with the celebrated author of Maus and how this underpinned his translation philosophy:

Art Spiegelman said, ‘What I try to do, is I try not so much to translate as to write it the way I think he would have written it in English to begin with if he had been writing it in English.’ I think that sort of sums it up. You junk all the stuff you know is in the way, because it was in that language to begin with, and just go for, when necessary, the spirit, the meaning of it.

Indeed, this is exactly what the award-winning translators of Asterix and Tintin did for over 30 years with hardly a hint of criticism. Of course, you could argue that Thompson was in the privileged position of being translator, editor, and an executive with the publisher, and therefore had complete control and final say over his work. Few translators are in such a position nowadays; anyone attempting to emulate his style is likely to meet editorial resistance out of concern for accuracy, in the belief this would equate to compromising “faithfulness”. However, I have come across numerous translations that are so ‘accurate’ that they compromise (or destroy) the story and spirit of the original anyway.

Readers accept that comics and other literary translations (don’t let anyone tell you that comics aren’t literature) walk a fine line between delivering a text that is enjoyable to read vs. one that is accurate. A good ‘unfaithful’ translation often feels like an original, reading as if it had been written in English all along. A ‘faithful’ accurate translation, on the other hand, can make you feel like you’re reading an instruction manual. Given a choice I think it is fair to say that most readers would opt for the former, yet it is the latter that some editors and publishing houses appear to believe is what they are contractually obliged to deliver.

As such, it looks as though this requirement for faithfulness in comics translation is leading many editors to favor a policy of machine-like accuracy ahead of flowing, well-written dialogue, as a precaution against litigation. The net result, however, is the publication of translated comics that do a disservice to the spirit of the originals and may help explain why many simply don’t sell. Indeed, a few guilty publishers spring to mind…

Your Honor, the People rest. 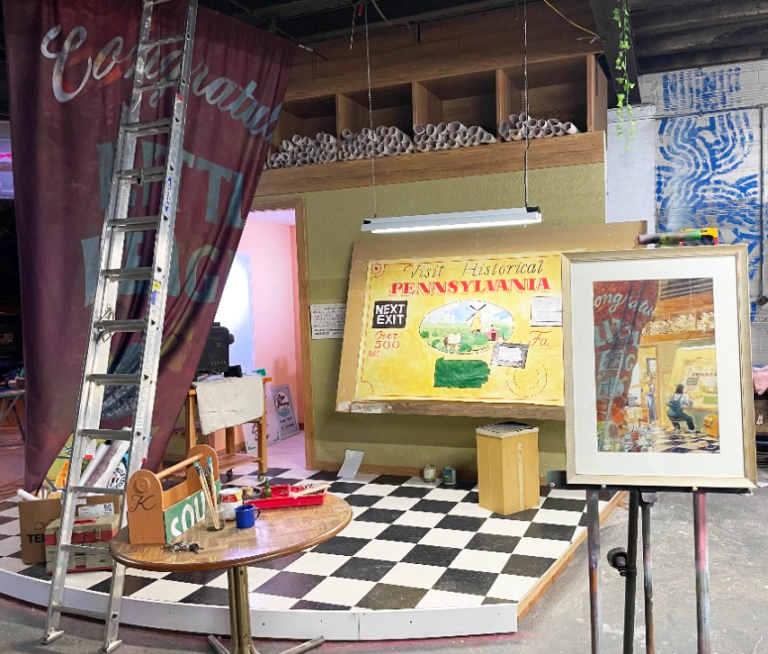 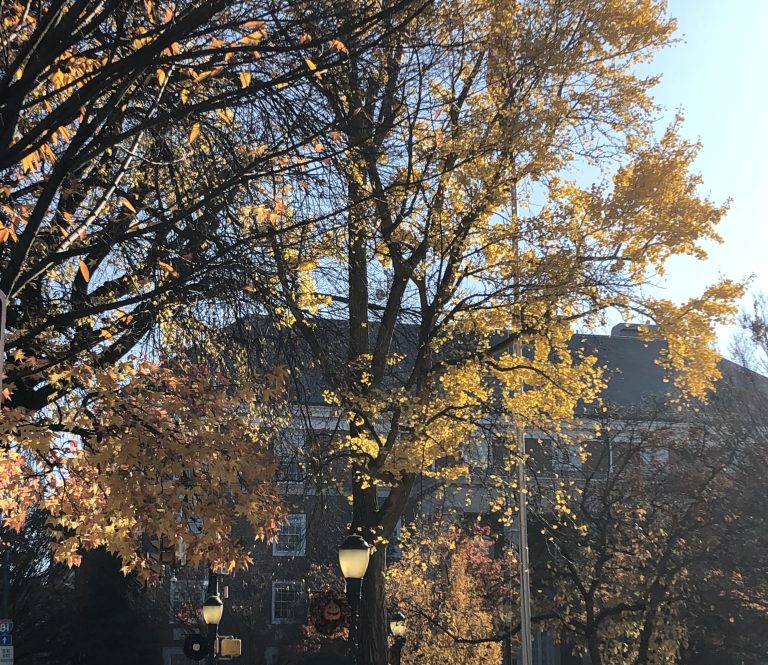 Hard to Hold a Candle – This Week’s Links