Today at TCJ, I'm pleased to share you with Mel Gillman's roundtable conversation with cartoonists Blue Dellinquanti & Dylan Edwards on the importance of LGBTQ speculative fiction.

Blue Delliquanti: You don't realize how much RAM in your day-to-day processing system is taken up by just, like, justifying your existence. It's really interesting to see a character like yourself in a speculative world. I like to play in the same playground as Dylan, where I'm really interested in infrastructure.

Dylan Edwards: I think this bounces back to the concept of seeing yourself in media in the first place. If you had told me as a 12 year old that asexual was a thing you could be, that would have changed my life. One of the things that spec fic allows you to do is ask things like, what if society wasn't transphobic to begin with? What if trans people's humanity was just accepted as fact?

Earlier this week at TCJ, we welcomed Tim Hayes to the team. His first piece is a look at one of the latest additions to the world of comics reprints: Rebellion's restoration and re-release of the IPC Youth Group, a whole catalog of British comics ranging from the violent to the weird, with another stop on the way through weird violence.

Swimming in an ocean of British comics mostly unseen since the 1970s and 1980s can give you a nostalgia trip or the bends. The sentimental aspect, inevitable if you happen to have been reading some of this stuff the first time round, is less interesting now than the stylistic approaches of creators faced with a relentless weekly schedule of short four or five-page episodes, mostly in black and white. The baseline pace of the art is supersonic; the style is rough hewn and aggressive, plainly the work of human hands; and the plots look set to roll on for as long as the comic may last, all digression squeezed out by the density of the storytelling while definitive endings recede like the horizon. And notwithstanding the laudable resurrection of historical cartooning, it's a clash of original form and newfound function. Although Rebellion does not reveal sales figures, and the numbers for the Treasury imprint can only be guessed at, routes into 150-page slabs of 150-MPH black-and-white comics created for teenagers might not materialize for casual readers without some decent guidance and husbandry. Closing the loop between Judge Dredd and Dirty Harry via One-Eyed Jack is one thing; but what readership is out there keen to beat a path back to Dirty Harry? And how old are they?

Tim isn't the only new face 'round here--Simone Castaldi also filed his first piece with TCJ on Massimo Mattioli, whose recent passing blows a giant hole in the part of comics where our boundary pushing goes. If you haven't kept up with Mattioli--of which a scant amount is available in English--than Castaldi's article will serve just as well as an introduction as it does a fond remembrance.

Massimo Mattioli, Italian comic innovator and irreverent mixer of genres, styles, and cultural levels, passed away last month at age 75. He was a central figure in the movement that conjugated the pop language of comics with the highbrow world of contemporary arts in the late 1970s and 1980s. Since 1977, he was also a key member of the Cannibale group, a cluster of artists (including Andrea Pazienza and Stefano Tamburini, among others) tied to important magazines such as the eponymous Cannibale and Frigidaire. Known to English-speaking audiences mainly for his Squeak the Mouse saga, Mattioli’s artistic output is in fact tremendously vast and diverse, ranging from deceptively innocent children’s stories, published in Italian Catholic magazines such as Il Giornalino, to the sex-guts-and rockets yarns of his Frigidaire contributions. Mattioli’s career is also singular, in the context of Italian comics, because he was one of the very few Italian comic artists to make a name for himself abroad before actually establishing his career in his own country.

And on Monday, Cynthia Rose delivered her third piece in as many weeks--have you felt spoiled lately? Because you have been--on Edgar P. Jacobs Blake & Mortimer comics, which have seen renewed interest in the past few years.

Jacobs died in 1987 at 83, having produced Blake and Mortimer only between 1946 and 1973. This legacy comprises eight tales and ten albums. Nine years after their author died, however, Dargaud brought back his duo. Since then, numerous pens have kept Blake and Mortimer going. The franchise attracted names like Bob De Moor, Ted Benoit, Teun Berserik, Jean Van Hamme and Peter Van Dongen. Now they are joined by megastar François Schuiten, who is a lifelong devotee of Jacobs' work. Schuiten is behind the new, eighty-page Blake and Mortimer tale Le Dernier Pharaon (The Last Pharaoh).

Le Dernier Pharaon is a tribute in story form that, as I write, has topped BD best-seller lists for seven weeks. Schuiten, who created Les Cités Obscures with Benoît Peeters, assembled a trio of collaborators for it: film director Jaco Van Dormael, writer Thomas Gunzig and the exceptional colourist Laurent Durieux. This quartet spent four years pondering Jacobs' question What does it mean, in one's own time, to save the world?

So far this week, we've had reviews from Brad Mackay on Nick Maandag's The Follies of Richard Wadsworth, Chris Mautner on AJ Dungo's In Waves, and Robert Kirby on the Diane Noomin-edited collection, Drawing Power. Today, cartoonist Patrick Kyle also tried his hand at the review game, with a look at Inés Estrada's Alienation.

Here's a lovely and welcomed update regarding Jeremy Sorese, by Jeremy Sorese, who recently returned home from the hospital. The fundraiser he describes in the letter is still active at GoFundMe.

Over at Smash Pages, Alex Dueben can be found speaking with Jorge J. Santos, the author of a new academic book about comics that and how they can engage with the legacy and meaning of the Civil Rights Movement. There's also some talk of the Hernandez Brothers, because they rule:

You teach Gilbert and Jaime in Latino literature? Which books do you use?

I have trouble imagining teaching that class without some Gilbert or Jaime Hernandez. I usually use Gilbert and the first Fantagraphics collection. I have a class on Junot Diaz and I use Poison River because he said that was the book that he has emulated the most in terms of what he wants to sound like and Gilbert is his biggest influence. The students are really receptive to it because it’s not plot oriented and the stories can be surreal. Gilbert Hernandez is like a Swiss Army Knife, he has so many interests that I can usually say that I have a list of topics I like to touch on and Gilbert will let me do four of these. Jaime I use less so. I don’t think I’ve taught Jaime successfully yet, but Gilbert’s a staple.

Over at Fleen, Gary Tyrrell has a long, personal look at the new Tillie Walden book, Are You Listening. It's not really a review, but it's an interesting, passionate piece of writing. Walden's work continues to impress me as much with the fervency with which its fans react to and describe it as I am by her skill at drawing. Despite my own misgivings about  Are You Listening, it's impossible to argue with the cultural impact her work continues to amass with each new release.

Your experience will be different; some of you will likely hate this book and you won’t be wrong. It’s a reflection our personal landscapes, which are no more stable than memory because we are each distinct and always changing. But if you want a book to challenge you — not just what you think about comics, or narrative, but what you think about you — then you will love it as I do, and we won’t be wrong.

SPX takes place this weekend, and you'll be expected to provide a hot take on...a poster that Chris Ware drew? Ha. Nope! If we're all going to play to form, then I'm going to spend the weekend reenacting my favorite cliche by reading this hardcover collection of Crossed comics by Garth Ennis that I skipped back when it was....ah shit, this some online crap that was illustrated by Mike Wolfer. Fuck!

Well, I hope you have a great show, imaginary reader! See you tomorrow for Ryan Flanders and reviews. 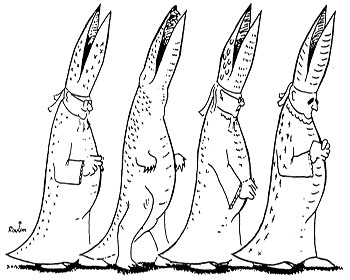 An Interview With Donald Rooum 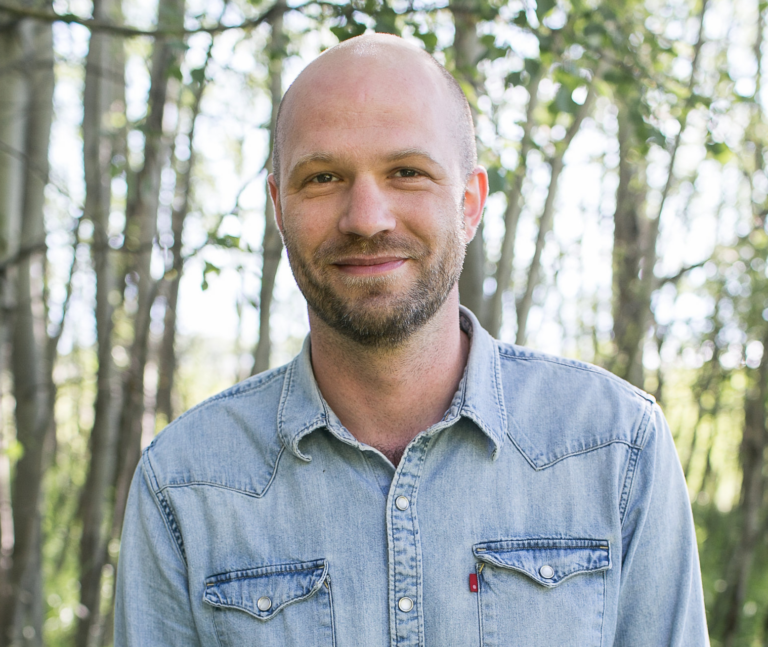 “It Became An Obsession”: An Interview With Jonathan Fetter-Vorm