Several months ago, the comics community marked a historic milestone--the end of the Comics Code, the most visible symbol of comics censorship. Yet the victory for free speech was not absolute. Whether art comics are seized by a nice customs agent or cancelled by Diamond, the Code's disappearance from mainstream comic book covers is cold comfort when your work is consigned to the flames.

In my first few posts here at TCJ, I want to revisit the final fate of the Comics Code and the organization that maintained it, the Comics Magazine Association of America. For almost six decades, the CMAA functioned as a trade organization whose purpose was to promote "the common interests of the comic magazine publishing industry in the United States and Canada." Understanding how the CMAA worked--and why it failed--can provide vital clues for helping today's comics business adapt.

While hard data about the CMAA's inner workings is notoriously scarce--the organization reportedly did not keep comprehensive records, and what material remained is now at DC--these posts will draw upon one particularly useful item from the CMAA archives: the organization's current bylaws.

Whatever one may think about the wisdom of depositing the records with DC (this has led some to question whether giving the records to DC was in fact legal, given the CMAA's status as a tax-exempt nonprofit), from a legal perspective there is nothing inherently improper with the arrangement. As a trade association exempt from taxation under Section 501(c)(6) of the Internal Revenue Code, the CMAA is legally permitted to distribute certain assets to its members upon dissolution.

In a nutshell, federal law provides an array of categories through which a nonprofit can qualify for tax-exempt status. The rules governing charities—501(c)(3) organizations—are arguably the most strict, since they primarily serve a public purpose. A trade association, however, is a bit of a mix--it is exempt because improving business serves the public good, but it does so by serving the commercial interests of its members. Tax law recognizes this by giving 501(c)(6) organizations--referred to in the Code as "business leagues"--a bit of extra leeway in terms of member benefit.

In this regard the CMAA's bylaws have a relatively routine dissolution clause for a Section 501(c)(6) trade organization. Article XI.2 of the bylaws provides that upon dissolution, all assets of the Association remaining after indebtedness has been paid shall be distributed among all members in good standing in proportion to their contribution. While this could theoretically allow for profit sharing, federal law has long established that a trade association can have such a dissolution clause when the organizing documents and operative practice indicate that the association's primary aim is to use any profits to fulfill its exempt purpose.

The key issue in situations such as this is the distribution of net earnings to insiders, or private inurement. Depositing corporate records with a member of a trade group undergoing dissolution is typically within the law because it does not involve insider profiteering--if the records have any substantial financial value, it's likely to be less than the amount of DC's membership contributions.

Concern about private inurement would be stronger if--as appears unlikely--the CMAA were to have any accumulated net earnings, the distribution of which to the CMAA's former members could raise the IRS to question the organization's tax-exempt status. Suppose, for example, the CMAA had retained a priceless motherlode of unpublished art, invested in rare comics or run a success business--in that case state or local regulars might inquire as to whether the CMAA was functioning more as a commercial investment vehicle than a tax-exempt nonprofit.

DC declined to address to my inquiry about the CMAA archives, apparently at the behest of its legal department. Is this a sign that the company is sitting on a gold mine? Why didn't Archie or other former members get a share of what was left? And come to think of it, has the CMAA actually dissolved?

I'll answer these questions, and more, in my next post. 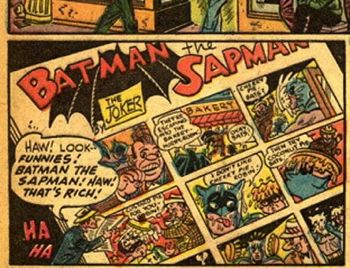 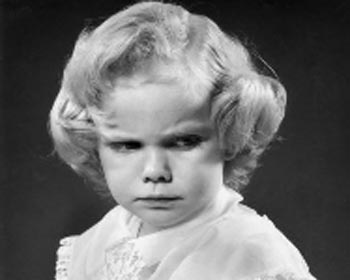