Lew Sayre Schwartz, most well-known in comics circles for the many pages of Batman he drew as a ghost artist in the "golden age," has passed away at the age of 84. In a tribute to his friend, Eddie Campbell writes: "Lew was my rainbow-bridge connection to the great age of American cartoonists, a world full of larger than life characters, who all seem much further away now that Lew has gone."

Also new to the site, another excerpt from the long awaited (and nearly mythical at this point) issue 301, this time Tim Kreider's essay on Dave Sim's Cerebus. That's right. Gary made him read the whole thing. This is really great stuff. Here's a taste:

Dave Sim is the single most passionate and outspoken advocate of his own work, and also its most reductive and unreliable interpreter. Having finished his magnum opus, he seems unable to let go of it, and continues to hand down authoritative misreadings of the work that do it a serious disservice. He tries to rationalize the kinds of inconsistencies and contradictions that are only inevitable in a work that was written month by month over 30 years; he issues contemptuous dismissals of (female) characters who might have seemed to the reader to have had some depth and complexity; and he sometimes makes assertions that are clearly contradicted by the text. It raises the troubling possibility that what seemed like Cerebus’s literary quality may only have been so much projection on the part of its readers. What’s more likely is that Sim, like a lot of artists, is less than fully conscious of what he’s doing and is the last person who should be consulted about the meaning of his own work.

And of course, Joe McCulloch is here with the latest installment of This Week in Comics—this time taking a detour to study José Ortiz and Bruce Bezaire (I've never heard of him either).

After a year's hiatus, Brian Chippendale returns with superhero comics analysis. This time, he's mostly worried about renumbering, and the X-Men.

Journal reviewer Tucker Stone, Abhay Khosla, and a bunch of the other writers at the Savage Critics are discussing the big "summer events" at Marvel and DC.

Somewhere in your internet browsing recently, you probably came across the story about medical researchers counting the number of head injuries found in Asterix. And then, if you're anything like me, you probably thought, that's kind of a stupid thing to count for a medical study... could there possibly be a legitimate scientific reason to do that? Then you started thinking about what you'd get for lunch. Anyway, it turns out that me and you aren't the only ones to doubt that medical paper's importance. One guy's even angry about it. 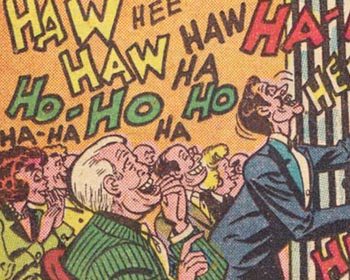 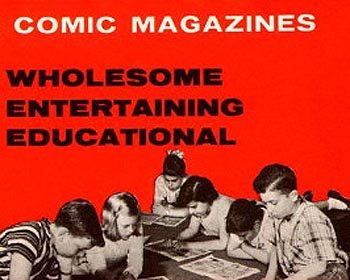