Listen, I know that there’s a lot going on right now, midterm results to pore over, the widespread lampooning of wannabe shit-posting billionaires forced into deals they didn’t actually want to make and then spewing shares like a broken fire hydrant to cover said deals, etc, but this week’s links, a selection of which can be found below, tried their darned best to get to us for today, so let’s just hear them out and then go right back to gawking at whatever gonzo insanity the news cycle chooses to fling at us next, okay? Okay.

• Starting the week as we often do these days, in the courthouse, and cartoonist Alex Norris shared details of an ongoing legal battle, with entertainment company Golden Bell Studios, to regain/retain property rights to Webcomic Name, via a costly federal lawsuit - a crowdfunding campaign to support attendant legal fees can be donated to here, and full details of the ongoing court case can be found here.

• In other legal news, the Asahi Shimbun reports on the arrest of an individual on suspicion of selling a fake copy of 1984’s Weekly Shonen Jump #838, featuring the debut of Akira Toriyama’s Dragon Ball, and the first appearance of enduring protagonist Goku, with publisher Shueisha warning would-be collectors to look out for stapled binding in the first instance, and not glue. The more you know.

• Comics distribution news, and Lunar announced one more addition to its roster, as AWA Studios apparently looks to diversify its distribution lines.

• Koyama Provides announced the latest recipient of their grant program, awarding $1,500 to Elizabeth Bethea, which will be used to self-publish Sketches of Spain - “The title is a nod to the 1960 Miles Davis’ album. This book is part travelogue of a trip I took to Spain last summer. The rest is a roaming chronicle of remembrance: of delight, debauchery, defeat, folly, hope against hope, love, legends, losers, etc.”

• kuš! comics announced the opening of applications to 2023’s residency program, with six places available, and three fully funded spots reserved for Ukrainian artists in a special call that will open in 2023 - the deadline to submit to the general call is 5th December 2022.

• In memoriam, remembering those the world of comics has lost, and news was shared this week of the passing of Kevin O’Neill, aged 69, after a long illness.

• News was also shared of the passing of Carlos Pacheco this week, aged 60 - Pacheco announced a diagnosis with amyotrophic lateral sclerosis, and an end to any further comics work because of this, in September of this year.

• Finally this week, it was announced that storied inker for DC and Marvel Comics, Danny Bulanadi, passed away earlier this month, aged 76, due to congestive heart failure.

• Joe McCulloch reviews the handsome lampooning of Tim Hensley’s Detention #2 - “...all of Hensley's comics are enjoyable, but this is the one that most directly captures the surface pleasures of the subject of its pastiche—telling an old story in a succinct and pleasurable cartooned manner—and can most be enjoyed 'on the merits' of its homage.”

• Tom Shapira reviews the overwritten exuberance of Doug Moench, Dan Day, Michael Hernandez, Nestor Redondo, et al’s The Complete Aztec Ace - “It is certainly a work that never bores the reader. On both the writing and art side, every issue tries something new, something big, something bold. Does it always work? No, not even close, but there’s something to be said for a 40-year old series that still feels more advanced than so much of today’s direct market work. The especially sad thing is that the series was cut off just as it was finally shifting into high gear.”

- The fascinating layers of Tom Humberstone’s Suzanne: The Jazz Age Goddess of Tennis.

- The haunting fun of Sammy Ward’s All Ghosts: A Slice of the Afterlife.

- The warped humour of Joe Stone and Matthew Dooley’s Splat.

- The clever contrasts of Manon Wright’s Children of the Earth & Sky.

- The caustic wit of Fraser Geesin and Laurie Rowan’s Pricks.

- The triumphant masterful craft of Zoe Thorogood’s It’s Lonely at the Centre of the Earth.

- The passionate vitality of Ram V and Filipe Andrade’s The Many Deaths of Laila Starr.

- The striking richness of Maureen Burdock’s Queen of Snails.

- The crackling gags of Lee Sensenbrenner and Keiler Roberts’ Creepy.

• Keith Silva reviews the resonant emotions of Will Betke-Brunswick’s A Pros and Cons List for Strong Feelings.

RJ Casey interviews Jiwon Kim about working for a webcomic app that shall not be named, the Korean digital comic platform market, and managing content timelines - “Since we do a lot of “boys’ love” content, first of all I’m looking for that genre. Then I’m looking for good art and good storytelling. Fast storytelling is a major plus — I’d like to see everything happening within the first three episodes. The main plot points should be there in the first two or three episodes because we don’t have a subscription model. We’ll put one-to-three episodes up for free and if the reader wants to read the rest of the story, they’ll have to pay.”

• Chris Hassan talks to Ann Nocenti about X-Men Legends, playing the hits again, charting the changes in media across three decades, and the inspiration of David Bowie.

• AJ Frost chats with Drew Friedman about Maverix and Lunatix: Icons of Underground Comix, celebrating the forgotten, and capturing the cartoonist lifestyle.

• Zack Quaintance talks to Mark Russell about Travelling to Mars, the personal nature of the comic, science research, and critiquing civilization.

• Joe Grunenwald speaks with Tom King about Danger Street, taking a chance on the very strange characters, and stealing from the best.

- Tony Wolf about Tales From The Wolf, acting gigs, and autobio comics ideas.

Goldie Chan speaks with Pablo Leon about Silenced Voices, Miles Morales: Shock Waves, the loneliness of comics compared to animation, and the accessibility of illustration.

Giselle Au-Nhien Nguyen interviews Tommi Parrish about Men I Trust, establishing boundaries while cultivating closeness, and the physical challenge posed by the book.

Milton Griepp speaks with Dark Horse’s Mike Richardson about the company’s sales in 2022, differences between the book and direct markets, and the supply and logistics situation.

Mary Louise Kelly talks to Andrew Weiss about Accidental Czar: The Life and Lies of Vladimir Putin, the realities of Russian psy-ops, and the unpredictable nature of Putin’s behaviour.

Steven Heller chats with Ward Sutton about winning the Berryman Cartoonist Award, a life of cartooning, and challenges currently faced by editorial cartoonists.

• Here at TCJ, Aubrey Gabel writes on the cartooning of Charles Johnson, as new collection All Your Racial Problems Will Soon End brings this work to a wider audience - “The chapter headings, which often display book covers or excerpts from newspaper articles, serve as a reminder that many of comics in this volume have been blown up and decontextualized from their original means of circulation. In the new prose segments, Johnson downplays his early political influences by underscoring his turn to continental and Eastern philosophies—especially—Buddhism later in life.”

• Also for TCJ, the site’s Editorial Coordinator (and Comics Journal Editor) Kristy Valenti reports from last weekend’s Short Run festival, and the excitement permeating all aspects of being back in a room together after so long - “Due to the nature of a short run, people will miss out; it is part of the ethos. With comics events spread out across the city over multiple days and times — it’s simply impossible to talk to everyone, to look at every comic, to experience everything. It’s Short Run’s strength: what keeps it a “special limited preview edition” every year.”

• For The Gutter Review, Dyllan Wegner looks at the endemic homophobia in Marvel Comics that lead to the quashing of a Bill Mantlo penned Northstar story that would have addressed the contemporary AIDS epidemic.

• Continuing Broken Frontier’s 20th birthday celebrations, Dominique Duong provides creator commentary for The Dog and the Cat, and contextualises the story in the mythology of the Chinese Zodiac.

• Tributes were paid, following the passing of Kevin O’Neill, with remembrances from The Gutter Review, 2000 AD, The Los Angeles Times, Entertainment Weekly, Word Balloon, and Mindless Ones.

• As 2022’s return to an in-person convention and festival circuit meanders towards a close, for Forbes, Rob Salkowitz reports on SPX, CXC, Short Run, and more, speaking to the people who make indie comics events happen.

• Over at Shelfdust, Lillian Hochwender looks back at the diversity of d/Deaf and disabled experiences, and inaccessibility faced by people in the USA, as portrayed in Matt Fraction and David Aja’s Hawkeye #19.

• For Graphika, Léa Ronzaud, Jack Stubbs, and Tyler Williams present findings from an investigation into inflammatory political cartoons disseminated by suspected Russian actors to far-right audiences in the US.

• Tangential to the world of the ol’ funny books, but relating to the increasingly pressing issue of copyright pertaining to superheroes and fair use rights of said bespandexed folk, the Los Angeles Times reports on Vera Drew’s fight against Warner Bros. Discovery to screen the parodic The People’s Joker.

• From the world of open-access academia, Ohio State University Press make Beyond the Icon: Asian American Graphic Narratives, edited by Eleanor Ty, freely available, featuring nine essays examining the development of Asian American literature into the genre of graphic narratives in the second decade of the twenty first century.

• For TEXT, Ronnie Scott writes on how comics thinking can inform the representational challenges of writing contemporary gay male “post-crisis” fiction, and the formal application of theory and method from one creative medium to another.

• Mike Peterson rounds up the editorial beat, over at The Daily Cartoonist, as mid-term election fever reached a fevered pitch and spread like wild fever.

• Starting off with this week’s visit to the New York Comics & Picture-story Symposium, as Austin English hosted a talk from cartoonist Walker Mettling on screenprint work, documenting recent happenings in the Covid Winter Desert Diary, the founding and work of the Providence Comics Consortium, and the Providence Sunday Wipeout.

• SVA's BFA Comics department shared a livestream of the memorial event remembering Diane Noomin, who passed away in September, with tributes from Bill Griffith, Art Spiegelman, Phoebe Gloeckner, Hillary Chute, and more. (Begins at around the 8 minute mark.)

• Sally Madden and Katie Skelly reconvened to appreciate the Thick Lines of Moyoco Anno once again, this time out discussing In Clothes Called Fat, and the dark humour to be found therein - a content warning for discussions of disordered eating throughout.

• Noah Van Sciver hosted a fresh Cartoonist Chat, speaking with Matt Madden about Ex Libris, hitting the wall on creative projects, publishers that will go to bat for you, and what the vocation of a cartoonist means when planning out which stories to tell.

• House to Astonish celebrated its 200th podcast edition, much as the previous 199 editions have been celebrated - by discussing recent periodical releases, because if it ain’t broke then don’t fix it. Many happy returns.

• Publisher’s Weekly’s More to Come gets the drop on the best books of the year rankings, firing off a list before Thanksgiving has even been to pass, and get into the DoJ’s recent victory over giant companies merging into even gianter gestalt business entities.

• David Harper welcomed Chip Zdarsky back to Off Panel, as they discussed the ol’ Substack realities, creator-owned and corporate-owned work, costumed vigilantes who work mostly at night while surrounded by skyscrapers, and getting back to the drawing board.

That’s all for this week, and I have no idea what next week will hold, or how much of it will be printable, but I think that is part of the fun at this point, n'est-ce pas? 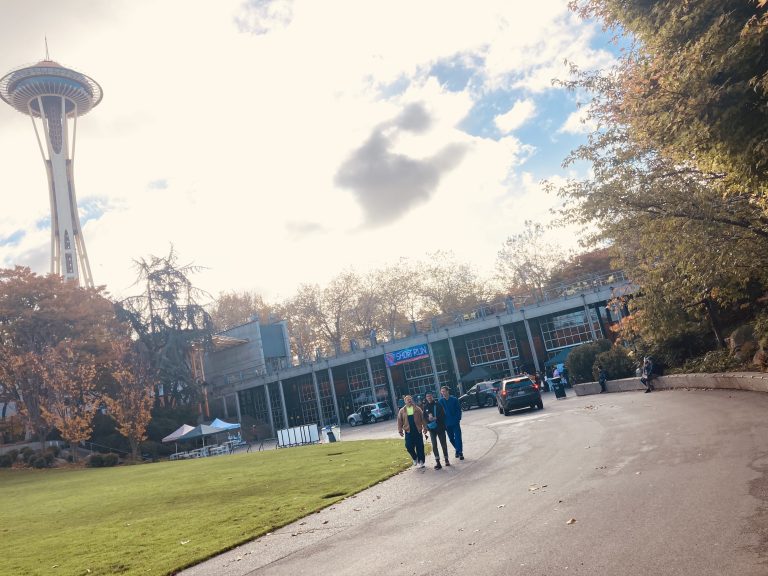 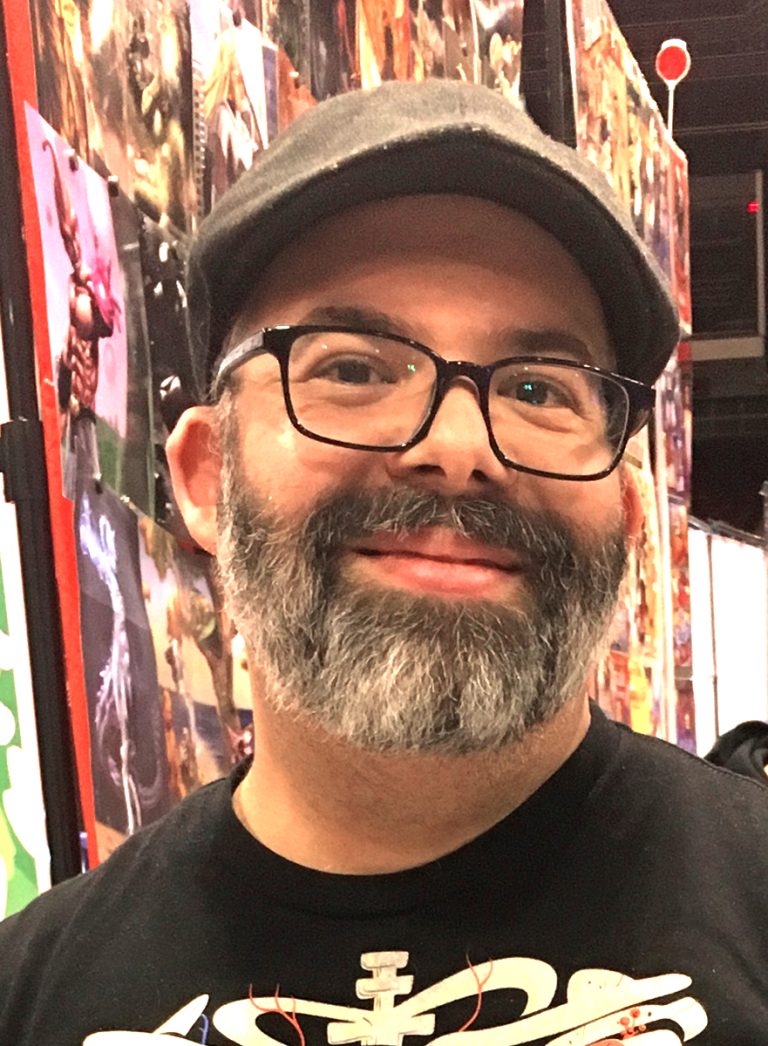 “You Can’t Have Me Talking About D-Man”: An Interview With Kyle Starks