Gahan Wilson is one of my favorite artists. His single-panel cartoons have appeared in The New Yorker, Playboy, and every other magazine published. National Lampoon ran Nuts, comic stories about the dark side of being a little kid. 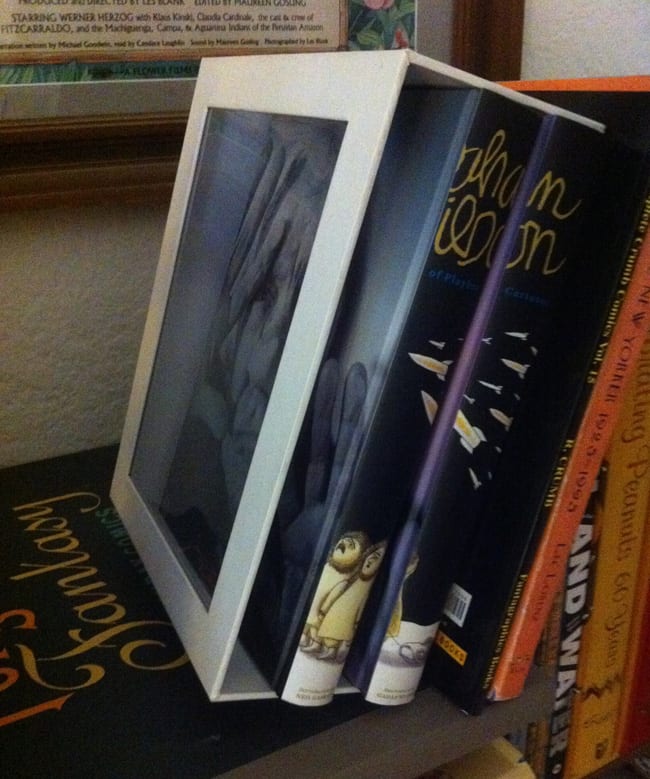 I’m in awe of the three-volume book set that collects the majority of his work. Hopefully I’ll be able to buy a copy soon. 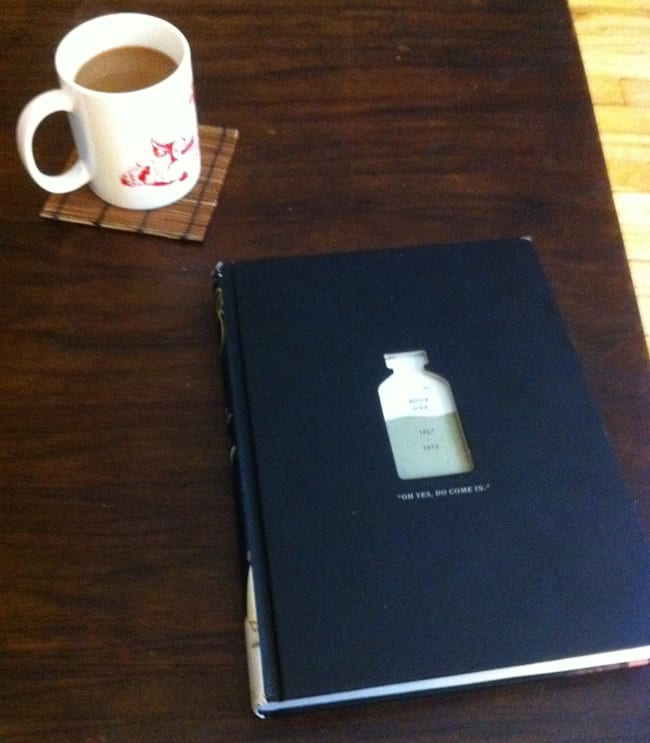 Much cheaper than the printed book is the blank page version I was lucky enough to find.

It’s the publisher's test of the design and packaging. It’s daunting to draw in the blank version of one of my heroes' books but it makes for a beautiful travel sketchbook. 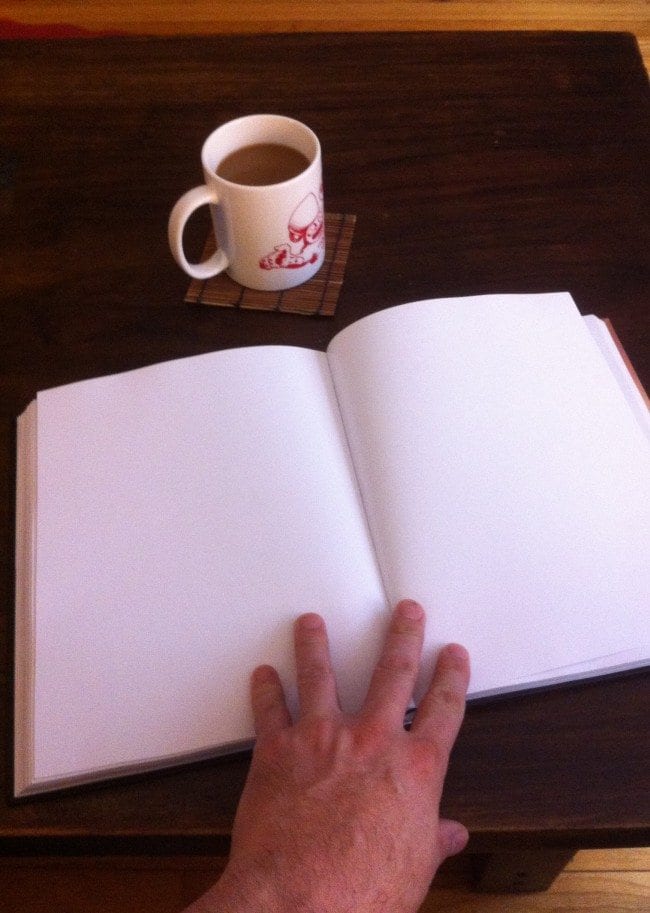 In October, the Amadora festival invited me to be a guest in Portugal. I set up the trip so I would have a couple of days' layover in New York on the way over. I planned to check out Occupy Wall Street, see some friends, and stop by The New Yorker to pitch some cartoons. 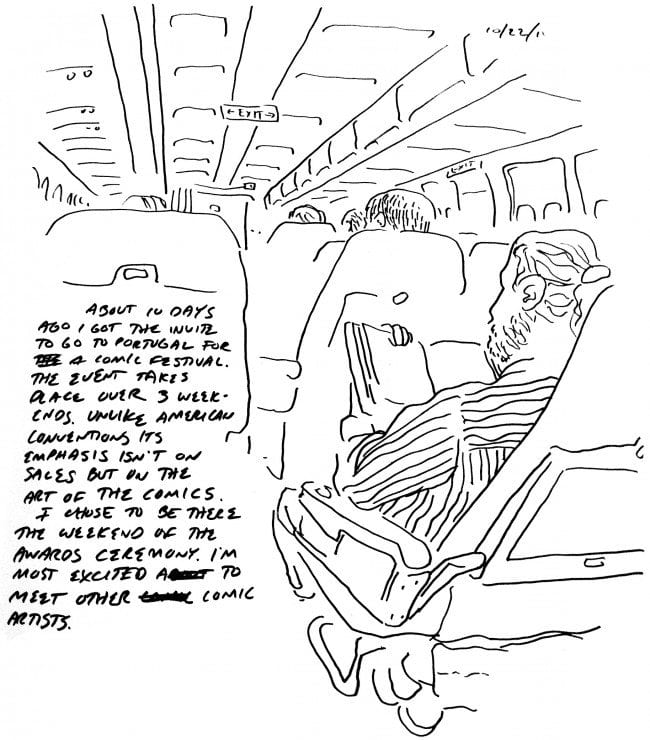 I bring my own bread and cheese to eat on plane flights. I hate the salty food and sweet desserts they call food. The stewardesses didn’t have a plastic knife to give me so I used dental floss. I watched How to Murder Your Wife on my iPhone. 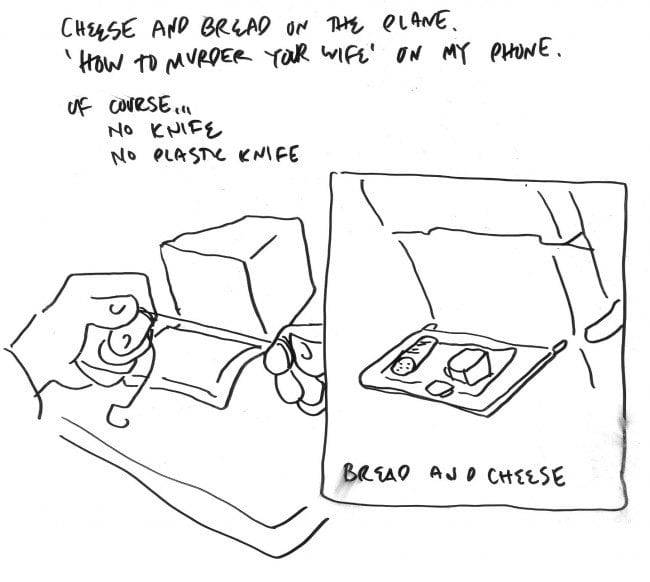 A bus from New Jersey to Times Square and the subway to Brooklyn adds another couple of hours of travel. 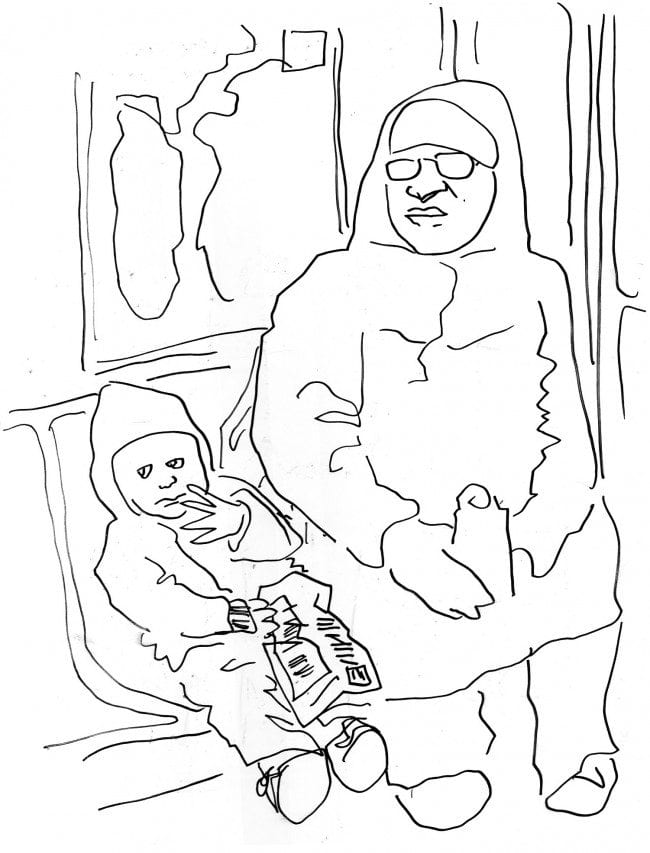 I’m hitting NY frequently enough that I try and rotate the couches I crash. Joe was my editor when I cartooned for The Onion. At his office he is the snack master, selling goodies to his co-workers. He and his wife Anita are amazing hosts, but I always stay up way too late talking with them. 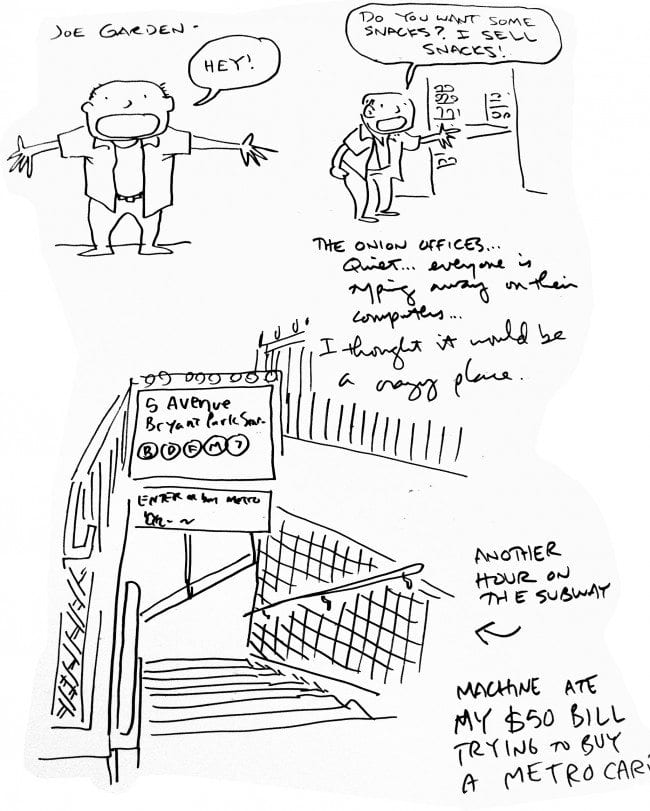 Shannon Wheeler is the Eisner Award-winning creator of Too Much Coffee Man, and contributes cartoons to The New Yorker. His latest book, Oil and Water, is in stores now. He is currently at work on the Bible. 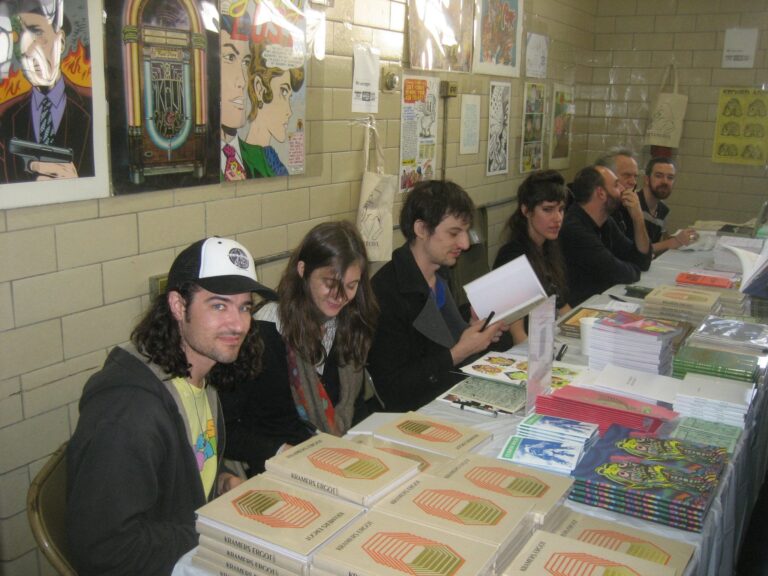 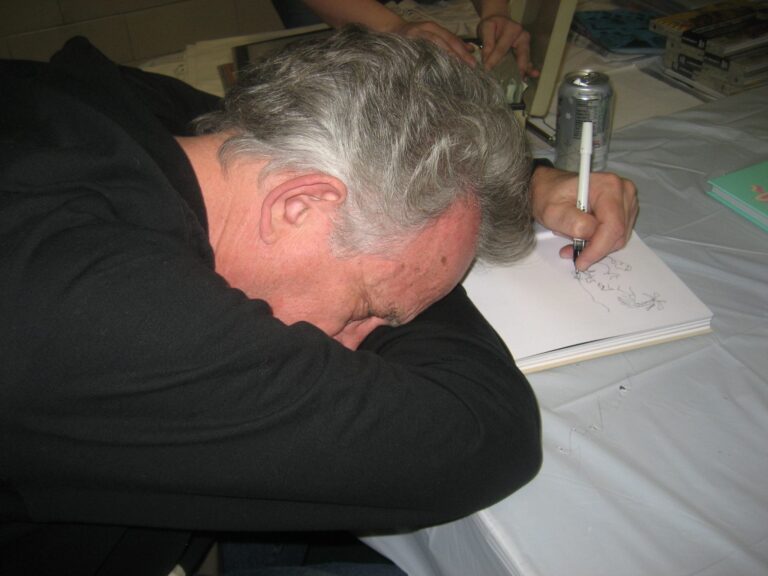