Peeters' dream-surrealism has a different texture than Lynch's; the flowering vagina wall, talking corpse, phallic-nosed secret agent, and mysterious cold war sub-plot are all his own. The dead elephant recalled for me the funeral scene for the pachyderm in Jodorowsky’s berserk movie Santa Sangre. At the same time, given that Peeters is working in a Swiss/Central European context, there are undoubtedly other contributing factors to the narrative and art that many Anglophone readers will be oblivious to; literary, cinematic and other seeds Peeters is planting most of us will not pick up on. For instance, in an interview cited by his (skilled) translator Edward Gauvin, Peeters stressed the influence not of Lynch but rather the Austrian author Stefan Zweig: “I wanted to make it exotic. I thought a lot about Stefan Zweig’s novella ‘Letter from an Unknown Woman.’” Pachyderme is also more elegantly structured than Lynch’s movie: the realistic scenes set outside the hospital, occurring at strategic points in the narrative, hint at what lies behind the fugue state and establish an added layer of mystery/tension that draws the reader forward.

Tell Me Something I Don't Know has a funny interview with Nicole Georges.

Sean Howe has been finding lots of weird Marvel-related stuff lately, like this Stan Lee interview conducted by Marc Bolan (!) and this public-access tv interview with Walt Simonson.

—Things I'm Not Sure Whether or Not We Already Posted, But Don't Mind Repeating If We Did. The Doug Wright Awards are halfway through their crowdfunding effort. New Powr Mastrs. Gary Panter gives a lecture at the Hammer Museum in 2010.

—Misc. Jules Feiffer has been named a member of the American Academy Fellows.

The Washington Post has a good followup story on the Fun Home/South Carolina controversy.

Justin Green reveals the most astonishing secret art history/comics coincidence since the great James Ensor/Al Jaffee find of 2009. (We've got to get those Comics Comics archives fixed.) 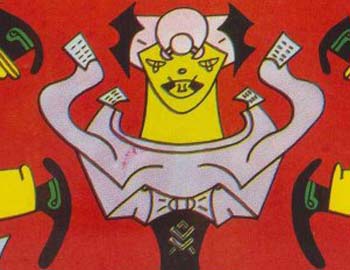 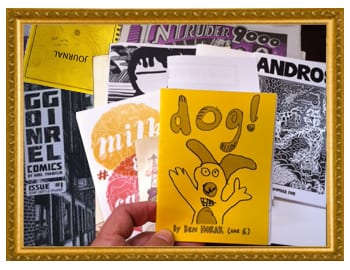 The Seattle Undergound Comics Scene is Alive and Oozing