Reading through their releases you get the feeling that both artists are asking the same questions of the same situations but that they are speaking in different languages.  Their work reads beautifully together, one almost completing the other. Both are pure sci-fi artists – if by sci-fi you hold to that old chestnut about it being set in the future but dealing with the now – but their approaches differ. Crudely, where Lando is the apocalyptic futurist, dealing with the nuts and bolts of worlds in strife and the realities of survival in far off lands, Tsemberlidis is the mystic – concerned with humanity’s evolution and possible escape routes from a destructive manichean present in which it is imprisoned within false divisions. If this sounds like some hippy throwback, well, perhaps it is, but the execution is sharp and unsentimental. There is no easy-way-out spirituality being offered here. Both artists are aware that hard choices need to be made if we are to escape the mess we have made for ourselves and that large parts of our way of living will have to be jettisoned. In the words of mathematician and philosopher Alfred Whitehead, words which could stand as a masthead on every Decadence release (and were later appropriated by Brit space-cadets Hawkwind), “It is the business of the future to be dangerous”.

Tim mentioned yesterday that we now have all 300 issues of TCJ available for digital and print subscribers. Dig in.

Congratulations to Dash Shaw on being awarded a Cullman Center Fellowship by the New York Public Library. Related artists who have been fellows include Gary Panter and Ben Katchor.

Paul Gravett has a nice profile of Oscar Zarate. 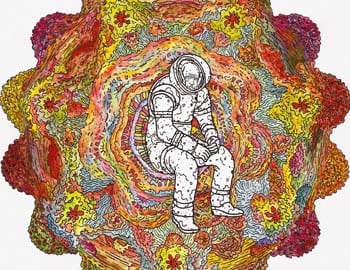 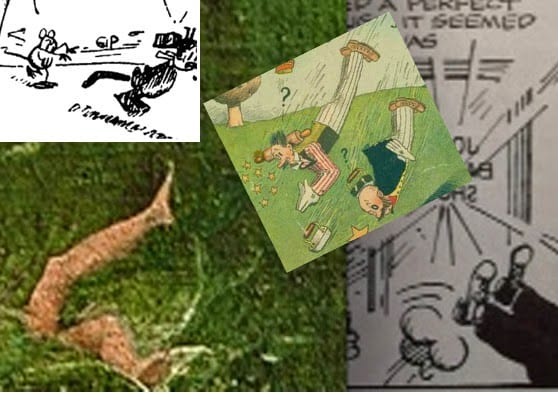