Okay, there's a lot to go through this morning.

First, you are no doubt aware of the sad news that the great comic book artist Gene Colan passed away last week. Yesterday, we posted a comprehensive obituary for Colan, written for the site by Tom Field, and covering all stages of his seven-decade career in comics:

Gene Colan never would be mistaken for anything less than what he was: One of comics’ unique stylists. He wielded his pencil like a brush to capture the toned subtleties of action, emotion and lighting. He brought a cinematographer’s vision to comics storytelling, and his stories were instantly recognized by fans, treasured by scholars and appreciated enviously by even his most accomplished peers.

We have also republished a 2001 interview with Colan, conducted by Larry Rodman. If you read nothing else on the site this week, those two articles are still well worth your attention.

In his column this weekend, Frank Santoro takes a break from his explorations of color to recap his recent involvement in the Pittsburgh Biennial.

New to the site this morning, ace interlocutor Nicole Rudick delivers one of the best interviews I have ever encountered with one of comics' most unique and essential creators, Jim Woodring.

When I was real little, I did drawings of the things I saw that scared me. I must have seen a mouse that got its head clawed off by a cat or something, because I had this recurring image of a headless animal, sometimes it was a big animal, like a bison. If I saw a bird or a bison I would imagine it with its head missing. Sometimes I would more than imagine it—I would see it and I would draw those things. I drew this little man made of electricity who was my persecutor. I would try to draw him in such a way that the drawing would have the intensity he had when I saw him. It was in his eyes. He had these blank eyes that scared me so much that I was almost sorry I when I captured them in a drawing. But then, at the same time, I was glad I did it, because it I felt like it showed that I was in control of the situation. I would just draw things that scared me. It upset my parents to no end. They really thought I was nuts, and it was the days before children were routinely sent off to psychologists or given drugs.. I’m sure if Ritalin and that stuff had been around, my folks would have gotten me on drugs as quickly as possible. Instead, they just despaired and withdrew from me.

Come to think of it, this is a must-read, too.

Finally, we have the second installment of Jeffrey Trexler's ongoing look at what happened to the Comics Code. Okay, it's all necessary material today. And we're just getting started, so set aside from reading time this week. You're going to need it.

The CBLDF has formed a coalition for the defense of an American comics reader facing criminal charges in Canada, because of various manga images found in the man's computer files. Chris Butcher has more.

Blake Bell and Bryan Munn have both posted nice tributes to the aforementioned Gene Colan. (Bell takes slight issue with Field's obituary, and it's worth reading him for an alternative view.)

The A.V. Club takes you inside Fantagraphics headquarters in Seattle. 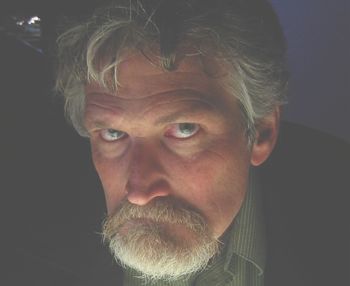 “The Mind of a Worldly Man Is Like a Fly”: A Jim Woodring Interview

Jim Davis and His Fat Feline Celebrate an Anniversary