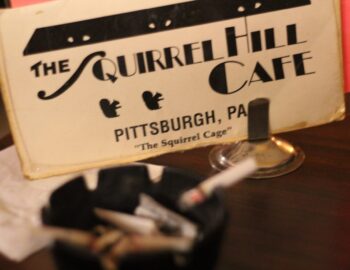 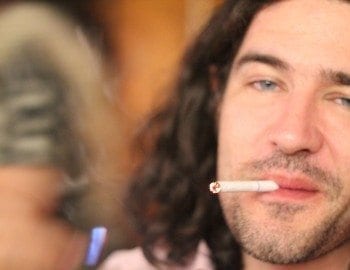 Pittsburgh is the best city because you can still smoke in your favorite bar. 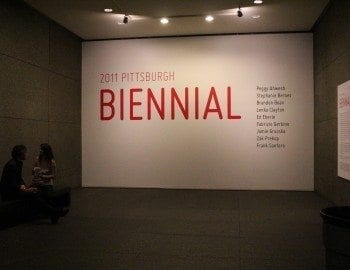 The Pittsburgh Biennial at the Carnegie Museum of Art. June 17th through September 18th, 2011. Pittsburgh, Pennsylvania.

The Carnegie Museum part of the Pittsburgh Biennial opened last week. I'm going to just try and write about it, get it out — so forgive me if I skip around. The Biennial is a big deal for Pittsburgh and I am super psyched to be in this show. I think Pittsburgh is amazing and I also think that, uh, cultural events like this are truly rare in other cities. Pittsburgh really supports the arts in a way that is pretty special and I got to see it up close.

First of all, the Carnegie Museum is just a great museum. There's the dinosaurs, the hall of architecture, the gem room, the dioramas of exotic wild life - it's a beaut of a classical 19th century museum. And then there's the art collection which is actually amazing because the museum has been doing the International since 1896! (I saw Jeff Koons's life-size Michael Jackson and Bubbles porcelain statue here when I was in high school!) This city has a rich history of being involved with contemporary art. Pittsburgh is somewhere where high and low culture really can and do co-exist.

Pittsburgh is really different than New York or Chicago. It's more regional in character. They say it's a "working class" town or whatever but what's interesting is that local people seem to have a different kind of access to the museum. It's very centrally located and is very much a part of the history of Pittsburgh. Everyone who grew up here has stories about going to the museum. It's a big stage.

So, being invited to be in this show—the first Biennial at the Carnegie—is a humongous deal for me. I wanted to do a comic, something that each museum-goer could take home with them. The idea was to reach a new audience and speak directly to people who knew Pittsburgh. I always wanted to do a comic specifically about Pittsburgh but I needed the right context. And this was it, the perfect platform.

What's great about comics is that you can use words like a poet. You can make drawings clearer or you can obscure their meanings with a few words. Text and image. And in the museum setting it has been really interesting to witness the reactions of people reading the comic. Usually, people don't read my work in front of me, framed on a wall. And usually, I am unaccustomed to a reader asking me to clarify a passage immediately after they read it. Explaining how the tension works between words and pictures to non-comics readers can be so rewarding. It's like watching someone see a movie projected for the first time. They can say really insightful things about comics, and the work because the form is new to them - and I could literally see the connections firing behind their eyes as they put the pieces together. And I think I did okay with the story. I made my Dad cry. Not usually a good thing, haha, but in this instance it was touching.

Wait, I forgot to describe the way everything is laid out. Inside the palatial galleries, I have three walls. Three gigantic walls. The walls are like 50 feet high, I swear. It was like this little alcove created by a divider wall that led to the other gallery. A giant stack of bundled newspapers is piled up in one corner. This step pyramid of newsprint is all five thousand five hundred copies of my comic. It's a 16-page tabloid in color. The comic is a free takeaway. Above the stack and along the wall next to the stack are the "originals" of my comic. Meaning there are sixteen 11x17-inch drawings for each page of the comic. These are in black and white with gray marker and wash. (I got them all in nice museum yellow mats which I think goes well with the gray tones in the drawings.)

On the long wall, I have five framed airbrush paintings on paper. And along the third wall, a grid of fifteen small oil paintings. Together that's thirty-six works, plus the printed comic. Curator Dan Byers made, I thought, a nice selection of the different things I make. I honestly saw connections in my work between mediums that I hadn't made until I saw everything installed.

There are interesting ways certain images relate to each other throughout the whole show also. There are rhymes between the nine artists that could be from us all spending time in Pittsburgh, or just from the curator's eye putting it all together, or both. I think the show reflects a particular tone of the city. A little faded with splashes of bright color here and there.

Anyways, dear reader, I hope you get a chance to see the show. It's up all summer. I hope my stack of comics lasts until the end. I will have to take some photos of the diminishing pyramid.

Producing a comic for this show has been a really fascinating "art project" to me. Never in my life have I had a comic delivered from the printer on a giant wooden palette and then just stacked the tied bundles it up against a wall so that "the audience" could just take one. That's my distribution network. Getting my printed comics to any potential audience has been a lifelong battle for me. I've always been at the fringe of the fringe trying to find stores to sell my comics. And when I couldn't sell them I would leave them for free in coffee shops, movie theaters, chain bookstores, you name it - just trying to get my work out there. So, to be included in a museum exhibition where 500 people or so on opening night took one of my comics home with them was a little overwhelming. The idea that I "could move" five thousand comics in a summer is staggering. Like I said, it's a big stage. I'd never had that kind of immediate reaction or distribution of my work before. During the opening, everyone had a copy in their hands. The next day I saw a guy at a bus stop reading one. Wow. It's a different feeling than seeing someone looking at your painting. I can't really explain it.

It's also the first comic I've ever done that isn't commercially available. There is nowhere to buy it. You have to go to the show and take one away. That is the artwork. I love it! No distributor hassles, no mailing boxes, no storing boxes, no boxes! Just a stack of newsprint. For me, there's a feeling of coming full circle from the old days of leaving my comics around for free. But this is better because I didn't have to store the palette of newsprint bundles under my bed like in the old days, nyuk nyuk.

Okay, okay, I'm wrapping it up. Below are some photos of an artists talk I gave with the great Peggy Ahwesh. Peggy's video installation at the beginning of the exhibition is f**cking amazing and it was a thrill to give a talk with her. For those who aren't familiar with Peggy's work please check her out. She is a Pittsburgh legend who was instrumental in the early Pittsburgh film scene who then went on to NYC and a Guggenheim fellowship. She is also a close friend of my mentor, Bill Boichel, so it was really fun for me to feel like this artist's talk was a family affair of sorts since Bill was there too. It was also Father's Day and my dad was there, so it was extra special.

I had a lot of fun doing my song and dance for the crowd. I've gotten pretty good at working the crowd from doing the comic book convention circuit. I can shuck and jive with the best of 'em. So I riffed on comics and art, and I gotta say these untrained comics readers were far more attentive and friendly than most audiences at comics convention lecture halls (read: hotel conference rooms). It seemed to me that these folks really just loved the form. We were talking about the story and how Pittsburgh factored in to the story - but really we were talking about the form itself. I felt like a preacher preaching the gospel of comics to the unbelievers. It was great. Context is everything.

Thanks to Dan Byers, Amanda Donnan, and everyone at the Carnegie Museum for everything. Thanks to the other artists in the show. Thanks to Jim Rugg for help with the comic. Thanks to Chuck Biddle at Concept Gallery for framing everything so beautifully. And thanks to Typecraft Press for doing such a great job on the comic. Thanks to Ashton Wolfe for making it happen. Thanks to Bill Boichel for making it happen. Thanks to my family and to all my friends for coming to the opening. I felt like it was my wedding or something. I've been waiting my whole life to be able to put on a big show like this - be part of a show like this - for my loved ones so that they can see what their love and support has done for me over the years. Thank you, thank you. Pittsburgh!

Also, thanks to Rachel Uffner and Dan Nadel for lending works. And thanks to Patterson Beckwith, Amy Gartrell, and Dave Karlin for visiting from NYC for the opening. UuuuukkkKKNOooooooowwwwW! 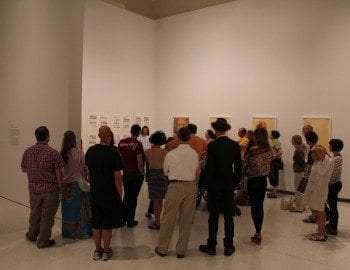 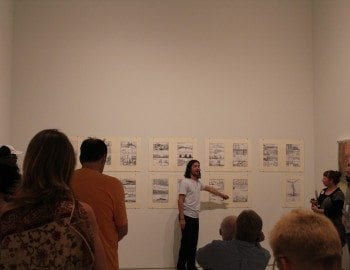 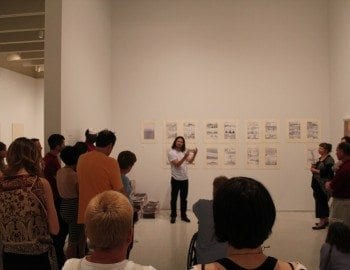 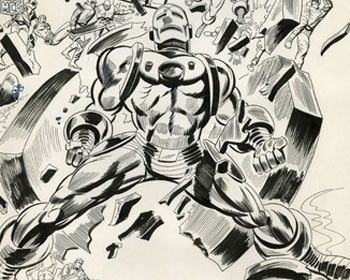 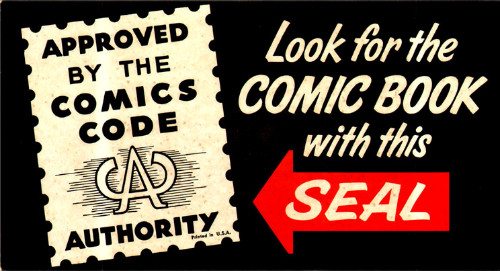 The Comics Code in the Phantom Zone