Dungeon ("Donjon" in French) is one of those comics series that people just love. It goes beyond the tropes it plays with or the sense of humor or the imagination that Trondheim, Joann Sfar and their many artistic collaborators bring to the project. The creators (and their audience) have affection for genre, but they’re not afraid to mock, poke, or destroy its tropes, and find ways to play in a complicated world.

At the heart of the series is Trondheim’s sensibility - a lightness that permeates his many projects, even as they revolve around an inherent understanding that life is complicated, that circumstances change and so does our understanding of it. (I’m well aware that I’m going deep on a fantasy series that begins with a duck named Herbert being mistaken for a great warrior and finding employment in a dungeon where heroes often come in search of treasure and glory, only to die.)

Dungeon is being published in a series of new editions, joined by the return of Trondheim's Ralph Azham series to publication in the U.S., and he was kind enough to answer a few questions about the series. Thanks to Joe Johnson for translating.

Alex Dueben: For people who don't know, where did Donjon begin?

Lewis Trondheim: Back in 1993, Joann Sfar and I were working in the same atelier in Paris. Then, at the end of ’94, I moved down south. He loved my artwork and was frustrated with not having had time to collaborate on anything together. So, he’d regularly send me the beginnings for projects to do together, which I would turn down. Then, in ’97, he sent me the beginning of Dungeon, and that time I thought it was an interesting idea. But I didn’t simply want to be the cartoonist. I wanted to collaborate on the story. So, he’d send me precise collages, at first done up in watercolor even, and I’d arrange them to my liking.

A bit more than a year later, he grew frustrated with not doing any artwork for Dungeon, too, so he proposed a parallel series to me, which would take place when the characters were old. To pull his leg, since we already didn’t have enough time to add on that series, I proposed a series to him that would unfold in the past. And why not a series that takes place any old time, with secondary characters, and why not a whole series happening between two volumes?

It was so absurd, funny, and captivating to invent it all, we did just that.

So much of your work has this sense of play. How much is all of your books – and Donjon in particular – finding a way to make yourself laugh? Or in this case also make Joann Sfar laugh?

We’re not doing books to make our living. We’re writing them because we enjoy doing so, and we enjoy working together. Surprising each other, making each other laugh, leaving characters in impossible situations and telling the other to figure out how to get them out. And what’s more, we don’t like vacations, we get bored. So, we go on family vacations, shamelessly leave our wives and kids with each other, and hole up in a corner to “dungeonize.”

Are you a fan or reader of fantasy?

Mainly of The Lord of the Rings, which I read several times towards the end of the Seventies. But I never did role-playing games, unlike Joann.

I just wonder whether you made Donjon to poke fun at a genre you enjoy, or whether you wanted to add humor and make a fantasy story you found interesting?

It started out as a joke at first, but then, since we liked our characters and that universe, we developed it to make it more credible, more appealing, intriguing, simultaneously sad and funny. It’s a tragicomedy, like life. Joann also likes to say that it’s a mix of The Muppet Show and Conan.

How did you and Sfar write the books together?

Ever since our kids got old enough, we’ve managed to meet up for at least a week a year and, during that time, write three books in seven days. From the outside, it sounds horrendous, and even me, when I get there, am not at all sure it’s doable.

What was most interesting for you as you wrote these books? Was it the characters? Was it building a world? What kept you returning to the world again and again?

Working with Joann. We’ve very compatible and are also like-minded about human stupidity.

When you and Sfar brought in other people to draw the books – Blain, Boulet, Larcenet, Kerascoët – did it change how you worked on the books from when it was just you and Sfar? To what degree were you writing for each artist?

In general, we write pretty much the same. Sometimes, a cartoonist makes our story bend towards his universe, but often, too, he ends up calling it quits, and someone else takes over the project. We’d written an underwater story intentionally for Dave Cooper in 2004, and Killofer drew it. We also wrote for Got, but then passed the story onto Mattotti, then to Bézian, and by the end, it felt like the book had been written for him. And when authors throw in the towel, when they call it quits, we’re disappointed, of course, but we understand completely that the commitment required to do a Dungeon volume is underestimated, and after a few frames, the cartoonist understands the mountain rising before him and prefers to take his own road.

Herbert, the main character in Donjon Zenith is a duck. And you draw yourself as a cockatoo. Is that a coincidence? Do you just like drawing birds?

No, it’s a coincidence. In any case, I don’t have too much choice. I draw mammals or birds. Reptiles and insects rarely.

In rereading Donjon, I kept thinking of Herbert as a Donald Duck-like character. This bumbling everyman. Was Carl Barks an influence?

Of course. But that’s also the case for the entirety of my career. Barks and Gottfredson have been major influences. And what’s interesting, since I’m the one who began drawing Dunjeon, everyone was forced to fit themselves into the anthropomorphic mold. And finally, that structures and reinforces the fact that there are so many different collaborators.

Humor and lightness are so key to your work. Neither of which are common in fantasy literature. But it's more than just a sense of humor, but how you see the world.

Knowing, too, that that vision of the world changes with age. But I always try to like my characters and to measure out moments of joy and grief, just like in real life.

You run the Shampooing imprint at Delcourt, which is an imprint for younger readers. How much of that job is trying to publish work that you like or would have liked as a child?

It’s simply that, having children, I wanted to be able to give them comic books that didn’t take them for fools, with stories and dumbed-down relationships. But that collection eventually became larger and gave way to more adult stories like with Guy Delisle and Boulet (who are both Dungeon authors).

I often read work for kids or young adults and think, the author is talking to me like I'm an idiot – and sometimes I would have thought that if I read it when I was 11. You’re very consciously trying to avoid that.

There are going to be new US editions of Ralph Azham coming out soon, which is such a great series – and very Donjon-like in a lot of ways. For people who haven't read it, do you want to say a little about it?

There was a ten-year period during which Joann wasn’t available any longer to work on Dungeon together because he was working a lot in audiovisual media, movies, TV, radio… And since, for his part, he’d begun a solo fantasy series (L’Ancien temps [Ancient Times]), I said to myself: “Dang! He doesn’t have time to write Dungeon, but he’s doing a new thing on his own and, what’s more, in the universe of heroic fantasy. All right then, I will, too! And the hero will be a duck! And I did a series that wraps up in twelve books over the space of ten years. But contrary to Dungeon, you only follow one character. It’s a story I really love. And lots of readers regretted that the story came to an end. But I prefer a story that ends and wraps up well instead of continuing for years and exhausting myself.

In the past few years you’ve been making books like Poppies of Iraq, Infinity 8, and Stay, and you always seem to be very consciously looking for new collaborators, new ways to work, and to make very different books.

Comic books are a vast domain where there’s still much to explore. And even if I do sometime change my artwork, I need to work with other cartoonists to push my stories farther, elsewhere. My artwork has its limits.

You've made a lot of books over the years, but in looking back on Donjon, which is an impressive body of work, do you wish that you'd made more? Or are you amazed that you were able to make that many?

If someone had told me from the start that we’d end up doing so many, I’d have said “no.” But if they had assured me I’d have so much fun, I’d have changed my mind. 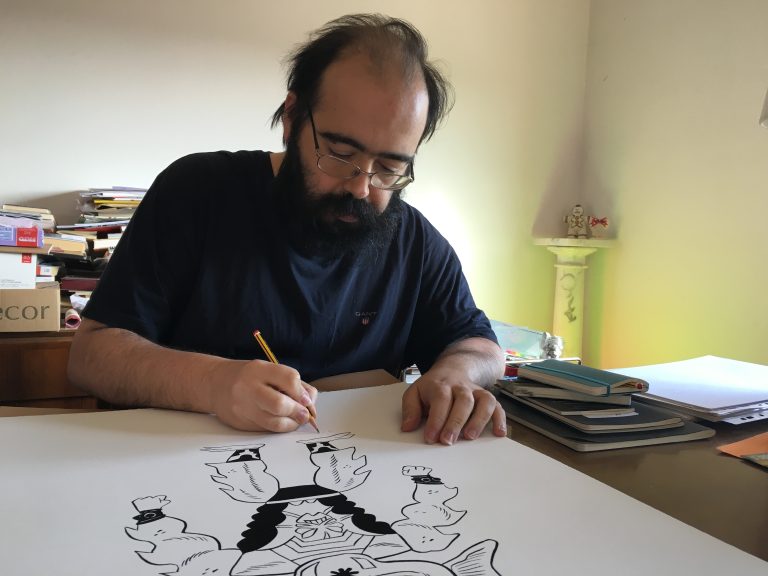 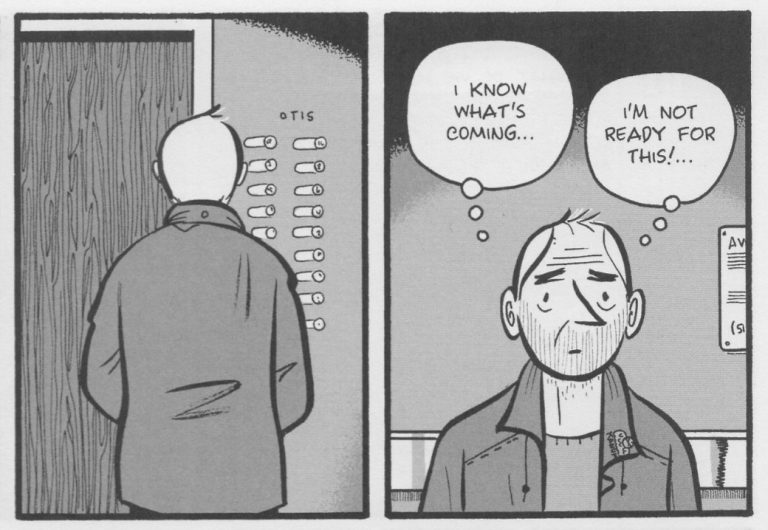 Islands In The Stream: 20 Years With Michel Rabagliati’s Paul