Today on the site we're happy to feature an interview with Emily Flake, New Yorker cartoonist and author of Mama Tried and Lulu Eightball, by Richard Gehr.

GEHR: Do you get many editorial notes from The New Yorker?

FLAKE: I get notes every once in awhile. I am often told to make my people less fat.

GEHR: Interesting. I wonder if, say, Zach Kanin gets those.

FLAKE: I wonder if he does too! I think the justification there is whether or not the drawing is about a fat person. You might also ask whether or not a certain cartoon is about the people in it being non-white. I think sometimes a person in a cartoon can just be fat, or a woman, or black, or whatever! That might speak a little to the pandering question. Simply assuming that the cartoon norm is a thin, affluent white person is a structure that I think deserves to be questioned and altered when and where it can be.

GEHR: Which leads to the question of whether or not we’re living in hypersensitive times, too.

FLAKE: Like the whole feminist movement of the sixties and seventies. So I feel like I have to watch myself if I’m looking at kids on campus agitating for something. Because my knee-jerk reaction is like, “Oh, you fucking babies! Get it together!” You know? But as someone who has directly benefited from cultural agitation, it’s a little more my duty to be like, alright, what are they upset about? I don’t like reactions that limit speech. I find trigger warnings and the like infantilizing, and I think they have a chilling effect on speech and expression, etcetera. There should always be room for people to vigorously disagree. But I am totally OK with buildings not being named after Woodrow Wilson anymore.

Carol Tyler’s Soldier’s Heart collects her trilogy You’ll Never Know, which tells the story of how her father’s PTSD from serving in WWII reverberated throughout three generations. The narrative jumps between “Dad’s Army Scrapbook and Tour of Duty Highlights” and Carol’s account of the time spent making the books. During the 8-year stretch, she worked as a substitute teacher, was a semi-single mother, and slept on a mat on the floor. She mentioned in a 2012 Comics Reporter interview that she got by during this time with food stamps. (The harsh economics of cartooning makes me wonder whose stories we’re losing to time and resources, especially as deep racial and gender biases remain intact within comics institutions, as the recent Angoulême Grand Prix news illustrates. By the way: fuck the Angoulême Grand Prix.)

-Bart Beaty ponders the relative importance of Angouleme itself.

-A reminder that the great Kevin Huizenga's Ganges 6 is available for pre-order, and of course there's more Kevin H available if you follow the link. 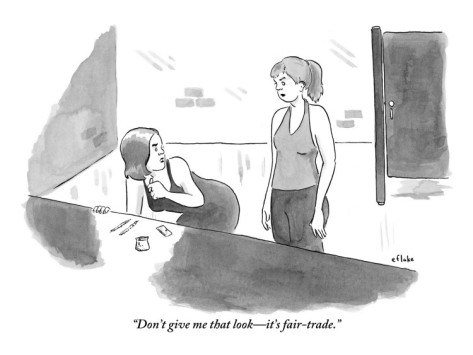 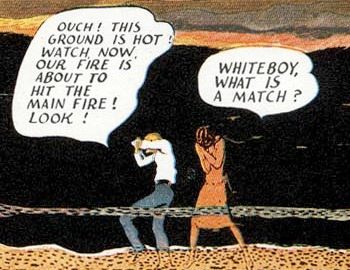