Edited by Steven Brower; Foreword by Christopher Irving, the collection provides a healthy sample of Western comics from their Golden Age, and if you restrict your reading to those stories, you’ll have a great time re-visiting your childhood (or being introduced to mine), and you’ll be fine. But if you rely too much upon either Irving or Brower, you’ll be led astray; neither seems to know much about the genre.

Irving recites more history of things not in this book than of things in this book— the history of Eisner and Iger, f’instance. He observes that Dick Giordano drew three of the 20 stories in the book, but he doesn’t take special notice of Richard Hughes (the ACG editor and writer of horror stories, who wrote two of the stories in this volume) or Leonard Starr. Starr had a spectacular career in comic books and commercial art before launching the newspaper comic strip Mary Perkins/On Stage in 1957; he continued the strip until 1979, when it ceased and Starr revived Little Orphan Annie, which he did successfully until 2000.

Brower devotes most of his two-page essay to listing movies in the genre rather than comic books. And when he gets to Western comics, he makes several errors. Texas Slim and Dirty Dalton was a newspaper comic strip, not the same medium as comic books. And he credits Stephen Slesinger for creating (with Fred Harman) Red Ryder, not knowing, apparently, that Red was an outgrowth of Harman’s earlier self-syndicated Bronc Peeler. For the whole Fred Harman/Bronc Peeler/Red Ryder saga, visit Harv’s Hindsight from August 2004.

And Vigilante was not a western: it was a modern (that is, contemporary) cops and robbers feature whose hero wore a cowboy outfit because in real life he was a country-western music singer.

Neither Irving nor Brower knows who drew Tom Mix. This comic book was arguably the best work ever by Carl Pfuefer teamed with inker John Jordan—lively, energetic action on every page. And Pfuefer could draw Tom Mix to look exactly like Tom Mix. 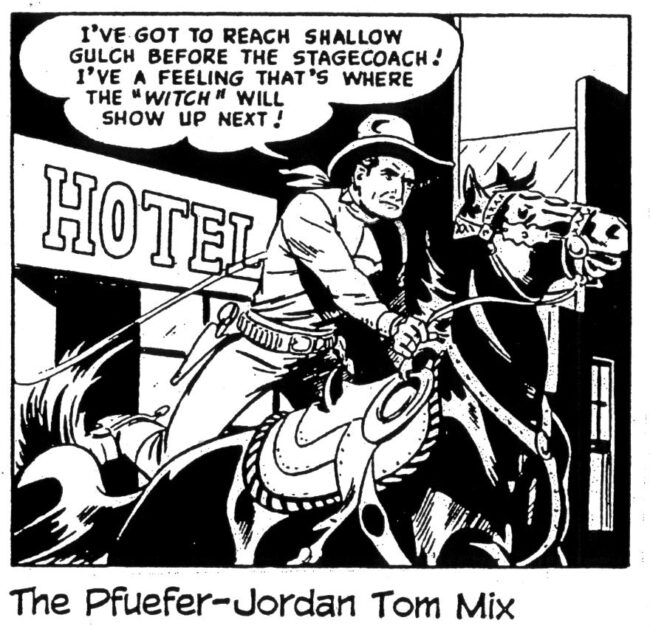 NEITHER IRVING NOR BROWER is capable of explaining the rise of the Western comic book in the late 1940s, early 1950s. Brower says “after the war, interest in superheroes diminished as real heroes returned home, and publishers were scrambling for new material”—i.e., Westerns. Irving says simply that “superheroes became less exciting and relevant” so cowboys stepped in.

In the WWII aftermath, there was a general falling off in comic book circulation, which many casual observers interpreted as a loss of interest in superheroes. More likely, the falling off was a result of the end of the war and the return to civilian life of hundreds of thousands of servicemen.

They’d all been avid readers of comic books during the war: soldiering has been described as a “hurry up and wait” life style—more waiting for action than acting. And while waiting, what better way to pass a few otherwise idle hours than by reading comic books? They entertain without demanding much from the reader, and they can be quickly put aside when the bugle summons everyone to action. So soldiers were responsible for the soaring circulation of comic books during the war.

Referring to research, Schelly goes on: “A large number of teenagers and adults continued to read comics in the post-war era ... [going for] heroic action of a nominally more realistic type ... rejecting the fanciful, fantastic protagonists for those that were a bit more down to earth. The Western comic books provided the types of heroes who could be idolized by young readers but also be enjoyed by older teenagers and adults (those returning servicemen). As a result, Westerns entered a kind of Golden Age at this time.”

In attempting to explain the popularity of Western comic books, both Irving and Brower overlook the most influential aspect of American life that was rampant at the time. Television. By 1951, TV was transcontinental. Everyone was watching it. Other cultural niches feared the consequences: movies, radio, newspapers, even comic books—all were afraid that they would be replaced by television.

By 1957, tv prime-time schedules were crammed with Western programs. For at least an hour (sometimes two) every evening, cowboys and Indians and gunfighters and rustlers galloped across the tiny screen. This was the year of Maverick, Restless Gun, Cheyenne, Tombstone Territory, Wagon Train, Zorro, Colt .45, Gunsmoke, Have Gun Will Travel, and even Sgt. Preston of the Yukon. Many inspired comic book versions.

Comic books had long built their circulations by hitching their titles to other aspects of the culture around them. And the increase in the number of Western comic book titles in the early 1950s was doubtless due to the popularity of the Western on television.

On television, “The Roy Rogers Show” debuted December 30, 1951, and its runaway popularity inspired a comic book—followed by a deluge of other Western comic books starring cowboys from the movies and TV. Lash Larue, Gene Autry, Hopalong Cassidy, Rocky Lane, and others.

With a firm footing in TV’s family entertainment orientation, Western comic books featuring movie star cowboys avoided the criticism then being leveled at comic books generally but most particularly crime and horror comics. Fredric Wertham’s Seduction of the Innocent was published early in 1954, but it represented a kind of climatic moment in the rising chorus of criticism.

In other words, it’s possible to explain the rise of the Western comic book in ways other than simply erroneously attributing it to the fading away of four-color superheroing. But Irving and Brower evidently don’t know enough about comic book history to offer any other explanation.

I am guilty here of nitpicking. Well, not quite: Irving and Brower make enough errors of the sort I’ve indicated that the mistakes are more than nits. But their essays occupy only 4 pages of the book’s 144, and you’ll spend far more time on the reprint pages than on the essays. 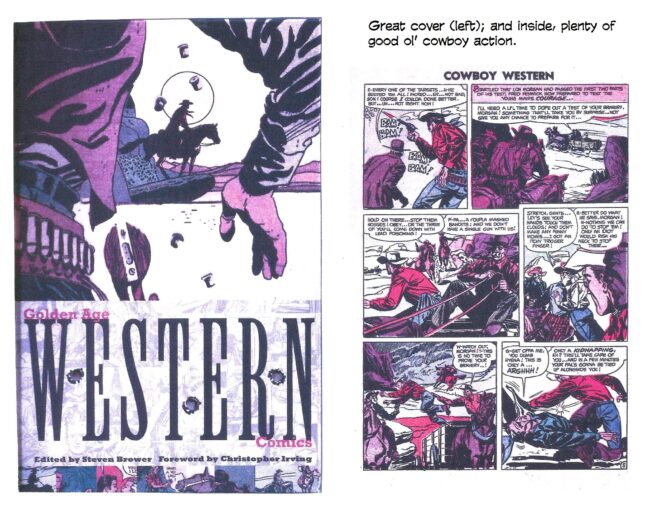 On those pages, the reproduction is startlingly bright and clear. In short, the book offers an enjoyable visit to a genre of yesteryear’s comic books if you ignore Irving and Brower. 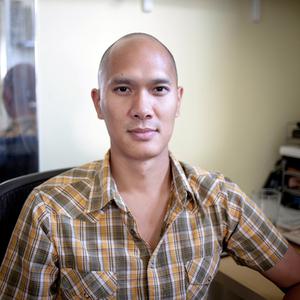 “I Don’t Want To Be Driven By Any Feelings When I’m Doing The Story”: An Interview With GB Tran 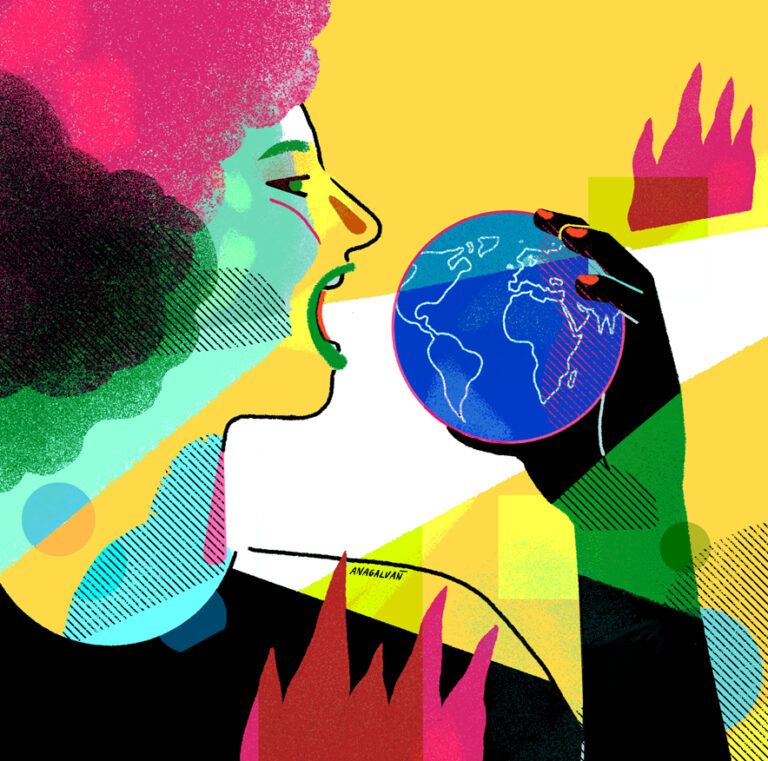 “We Don’t Owe Anything To Anyone”: An Interview with Ana Galvañ