I’ve read the words “quiet quitting” far more times than anyone would ever really want to in an entire lifetime over the last week, and so I solemnly vow here and now that when I eventually resign from my post it will be extremely loudly, and likely suffixed with ‘sir, you are making a scene,’ but in the meantime please find below a selection of this week’s links.

See you in September… This week’s news.

• Book banning news, and a Virginia Beach Circuit Court judge took less than two hours to rule that a Virginia statute under which an obscenity case had been brought against Maia Kobabe’s graphic novel Gender Queer is unconstitutional, as it breaches First Amendment protections and lacks due process, while the case failed to provide facts that the graphic novel is itself obscene - the plaintiffs are considering taking the case to an appellate court, and Gender Queer continues to be targeted elsewhere, most recently in Missouri where copies have been removed from library shelves due to a new state law (seen as unlikely to be enforced) criminalising ‘explicit materials’ for students.

• DC's Hispanic Heritage Month celebration plans went over poorly this week as a series of covers featuring superheroes predominantly holding a variety of Latin American foodstuffs was, somewhat unsurprisingly, seen as reductive by Latinx readers, before the publisher made things worse with confusing messaging surrounding a cover by Jorge Molina that pays tribute to painter Jorge González Camarena; the Molina cover may have been altered after submission, prior to the reinstatement of the original illustration following a reader backlash.

• Shueisha announced a collaboration with MediBang, developer of free digital painting software of the same name, to launch MANGA Plus Creators, a manga submission platform for English- and Spanish-speaking creators, which doesn’t appear to allow mangaka to monetise their work, except in the form of monthly prize draws, but does allow the platform to use submitted content for advertising and promotions, in a tale as old as time.

• Harking back to the heady days of 2020, when direct market distribution diversification was all the rage, DC announced this week that they have added a new distributor to their roster, welcoming Canada's Universal Distribution into the fold, joining Diamond (UK), Lunar, and Penguin Random House who were already in play for the publisher.

• Comics prize news, and the final shortlists for the 2022 Mike Wieringo Comic Book Industry Awards were shared this week - industry professionals can submit their final ballots now, with winners to be announced on Saturday 29th October at Baltimore Comic Con.

• In memoriam, remembering those the comics world has lost, and news was shared last week of the passing of artist Lily Renée Phillips, aged 101 - Trina Robbins writes in remembrance of Phillips' life and work here at TCJ.

“Immediately hereupon, there appeared in a most horrible similitude and likeness to the congregation then and there present, a dog as they might discern it… or the devil in such a likeness” pic.twitter.com/eUtSbMIuwG

Changin’ the minds of pretenders… This week’s reviews.

• Tasha Lowe-Newsome reviews the informed illustration of Rebecca Hall, Hugo Martínez, and Sarula Bao’s Wake: The Hidden History of Women-Led Slave Revolts - “This history has been tamped down since the beginning, as if the perpetrators themselves recognized the wrongness of their actions. Even private companies that kept meticulous records, like Lloyd's of London and other institutions that insured the “cargo” of slave ships, which have maintained the records of policies and claims further back than the trade itself, are unwilling to let even certified historians delve deeply into those records.”

• Irene Velentzas reviews the ingenious conceptualisation of Jeff Lemire’s Mazebook - “The visual cues Lemire establishes on the very first page point to the story’s larger themes: grief; the space between life and death; guilt; memory; relationships; and most of all, loss - of a loved one, of oneself. Like Theseus’ tale, the death of one so young is an inescapable grief, a maze that may have no end.”

• Arpad Okay reviews the timeless folklore of Linnea Sterte’s A Frog in the Fall (and Later On).

• Andy Oliver reviews the powerful symbolism of Vivek Shraya and Ness Lee’s Death Threat, the oozing irreverence of James the Stanton’s Puke Banter, and the meticulous explanations of Darryl Cunningham’s Putin’s Russia: The Rise of a Dictator.

- The soaring vibrancy of Guojing’s The Flamingo.

- The heart-wrenching richness of Rick Louis and Lara Antal’s Ronan and the Endless Sea of Stars.

- The engaging insights of Don Brown’s We The People!.

Mary E. Butler has a starred capsule review of the loving tenderness of Will Betke-Brunswick’s A Pros and Cons List for Strong Feelings.

- The clever effectiveness of Ari S. Mulch’s The Prometheite.

- The empathetic resonance of Malaka Gharib’s It Won’t Always Be Like This.

- The evocative entertainment of Tom Humberstone’s Suzanne: The Jazz Age Goddess of Tennis.

The moon is freaking out- dawn is near! pic.twitter.com/MPKESK1xAw

Reminisce through all of this… This week’s interviews.

Jason Bergman interviews Kevin Eastman about Teenage Mutant Ninja Turtles and the Words & Pictures Museum, story pitches and the evolution of intellectual properties, and working with the new generation - “Without being specific, there was a change in ownership, and with that comes more changes. Although I had a contract that I felt allowed my percentage of ownership to continue through all of these changes, a bunch of the chess pieces were moved around, and suddenly the Heavy Metal I had an ownership in doesn’t exist anymore, although another version of it does.”

Thomas Graham interviews Alejandro Barrientos and Joaquín Cuevas about Altopia, El Alto and the history of the gas war, and the velocity of the city.

JK Parkin speaks with Stephen Graham Jones about Earthdivers, taking time for research, the chronology of comics, and lessons learned from All-Star Superman.

You should not have come here pic.twitter.com/D2x9gvB2fb

Worlds apart and out of control.. This week’s features and longreads.

• Here at TCJ, Helen Chazan breaks down the earnestly intricate familial traumas at the core of the stories of Kazuo Umezz, as VIZ releases a second volume of Orochi, translated by Jocelyne Allen - “The formula of a consistent narrator for self-contained stories casts Orochi and the Cat Eyed Boy in a role not unlike EC’s Crypt-Keeper or Charlton’s Mysterious Traveler; but unlike these omniscient, sarcastic commentators, Umezz’s observers inhabit their stories, wandering into the homes of those afflicted by supernatural distress to influence their lives and help them evade the threats lurking under their roofs.”

• As DC goes through various teething pains associated with corporate mergers and their attendant structural changes, Travis Clark writes for Insider on what to expect when the publisher’s Trinity starts to enter the public domain from 2034 (but, uh oh, a lawyer, &c &c).

• Also covering goings on at the Distinguished Competition, for The Beat, Ricardo Serrano Denis writes on the issues inherent in DC's line of Hispanic Heritage Month covers, and how publishers' attempts at representation in this manner often fall at the first hurdle, serving mainly to reinforce stereotypes.

• Over at Shelfdust, Sara Century documents the enduring strangeness and horror of Spider-Woman as embodied inMark Gruenwald and Carmine Infantino’s Eye of the Needle; and Leo Healy writes on the collaborative creation of Dan Abnett and Mark Harrison’s The Out for 2000 AD.

• For AIPT, continuing an examination of the conspiracies featured in James Tynion IV and Martin Simmonds’ The Department of Truth, Peter Huston writes on the various UFO theories that were linked to the Third Reich.

• From the world of open-access academia, for the International Journal of Advanced Academic Studies, Raisa Rafaela Serrano Muñoz explores the feminist discourse of Soumya Menon’s An Ideal Girl.

• Writing in International Dialogues on Education, Shinta Dwikanti Larasati and Ira Rasikawati present a literature review covering the problems inherent in comics translation, and solutions suggested for their mitigation.

• Mike Peterson rounds up the week’s editorial beat, over at The Daily Cartoonist, as student debt forgiveness and geographical locations of classified documents dominated proceedings.

In the meantime, enjoy this hanbok drawing; she can’t *believe* ur tryna talk to her while she’s reading comics?! The fug is wrong with you#한복 #만화책 #아디다스트레이닝복 pic.twitter.com/U9HpkyF9pH

Ah, September in the rain… This week’s audio/visual delights.

• The New York Comics & Picture-story Symposium’s autumnal programming has begun, curated by Austin English, with all events running free and online, available to watch after broadcast (along with archives from the past year) on YouTube - this week’s event was a talk by Aidan Koch on environmental comics, and includes an introduction from Austin English on the Symposium’s wider aims and work - a schedule for the next 14 weeks’ programming can be found here.

• Deb Aoki hosted this week’s edition of Mangasplaining as the team covered their first cat manga, Konami Kanata’s Chi’s Sweet Home, as well as personal cat histories, and the adorable kitten action to be found in the books.

• Gary Lactus and The Beast Must Die reconvened for a new episode of SILENCE! as they covered this year’s Small Press Day, along with some recent comics reading from Jon Chandler and William Potter x Phillip Bond, plus an interview with Mark Stafford into the bargain.

• Kieron Gillen welcomed Tom Humberstone to Decompressed, as they spoke about Suzanne: The Jazz Age Goddess of Tennis, Suzanne Lenglen’s place in tennis and social history, and portraying sports on the page.

• Calvin Reid and Heidi MacDonald spoke about recent news from the comics industry, for Publisher’s Weekly’s More to Come, as Mad Cave makes inroads into the younger readers market with the acquisition of Papercutz, and the profit margins for monthly comics narrow.

• Jim Rugg and Ed Piskor present a fresh week of Cartoonist Kayfabe, as pages were turned on Punisher War Journal #1, Deathmate: Red, Batman: Gothic, Deadpool: The Circle Chase #1, WildC.A.T.s #21, Darkseid vs Galactus: The Hunger, and Thorion of the New Asgods, for those so inclined.

Exciting News 📣 A NEW Season of Artbound premieres Oct 5 on KCET and on the PBS app! The season kicks off with Love & Rockets, which explores the story of the iconic, four-decade-old comic book. Learn more here:https://t.co/V5ZEu3U5Ff

That’s the end of the links for this week, back again next week with a new batch.

Found!! Just about 10 blocks away with a new paint job. I got it back with no trouble. 🙃🙃 pic.twitter.com/KNHh8nw7pJ 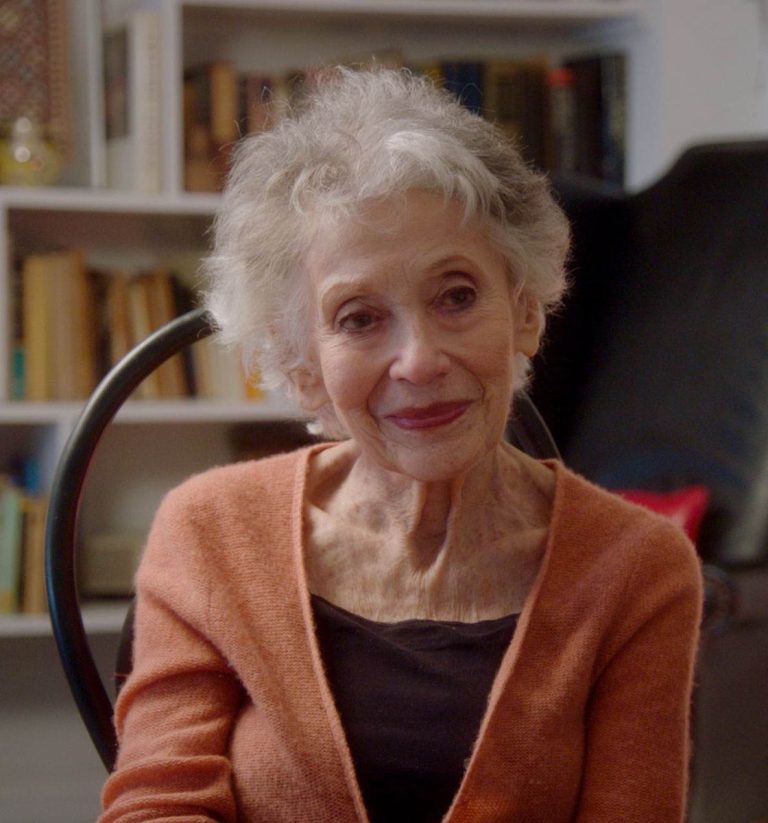 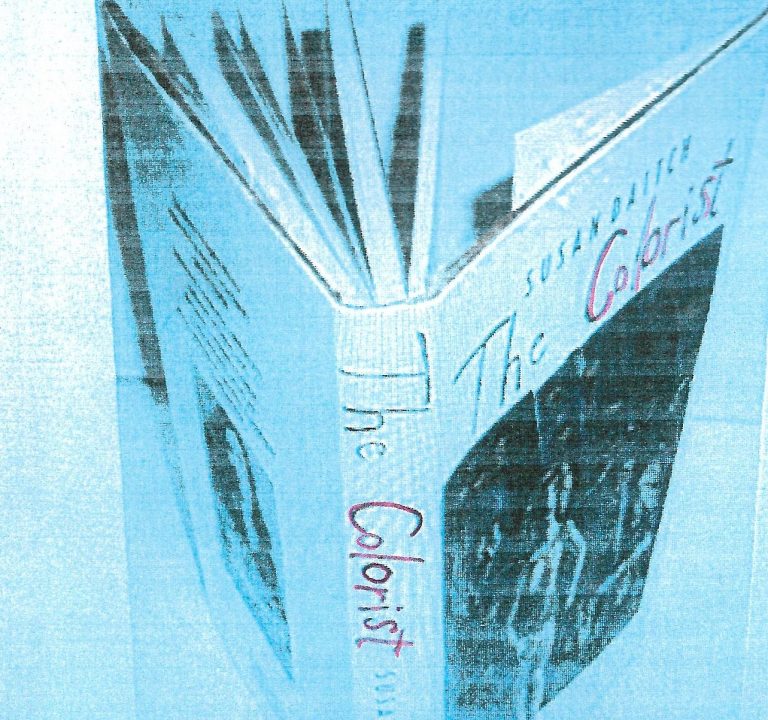 Out of Print: Revisiting Susan Daitch’s The Colorist