Since I'm not writing a con report for SPX this year, I've been very slow in reading what I bought. And it probably speaks to my age -- advancing all the time, as any glance around the show floor reminded me -- that what I looked to first was Extra Good Stuff, a new release from 45-year old publisher Last Gasp, written by 70-year old Dennis Eichhorn. I picked it up from John Porcellino's Spit and a Half table, which had a terrific selection of stuff; I even laid eyes on The Being Being, a book I had just gotten in the mail a week before, having pre-ordered from its publisher.

Extra Good Stuff is less experimental; a magazine-sized 64 pages (18 of them reprints), it proceeds in much the same way as Dennis Eichhorn comics have since Real Stuff in the '90s - short 'n snappy tales of the life, drawn by a variety of artists and filled with vivid content. Or maybe "posturing," as one friend described it over breakfast. But I feel that even this characterization of the work becomes nuanced in Eichhorn's more recent anthologies, which sometimes explicitly position Eichhorn as an elderly man spinning yarns. The image above offers one such example, in which the writer is reunited with artist Gerald Jablonski for a reprisal of what I think was an entire series of potato-themed one-pagers from Real Stuff. Now Eichhorn entertains his grandkids with tales of his days in the Spud Scouts, Jablonski's famously unruly word balloon tails looping woozily over his head; you'll suspect the narrator has been hitting up medical marijuana even before you get to a later story on that very topic, and in placing such easygoing rambles among stories of, say, Eichhorn pissing on a man in a San Francisco watersports fetish club, the book-as-package suggests he's doling out much the same whimsical reminisce for us. I agree with Rob Clough that never has this writer felt more vulnerable, though his cadence remains fond - for two pages, he crows about a fellow senior at the YMCA telling him he looks like Ben Gazzara, launching into a summary of all the actor's greatest hits... a memorial, of course, as we and Eichhorn know the man died a few years back.

They have a dance party now at SPX. A prom. I poked my head inside for a few seconds, and then I left. 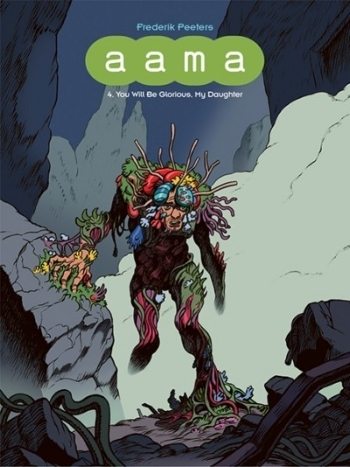 aama Vol. 4 (of 4): You Will Be Glorious, My Daughter: In which the final 104 pages of this 2011-14 series from Frederik Peeters make their way to English translation courtesy of SelfMadeHero. Seemingly full of surreal and perspective-widening transformations, this looks to be French SF comics of the type that's commanded at least some small audience around here for decades. Distributed in North America by Abrams; $19.95. 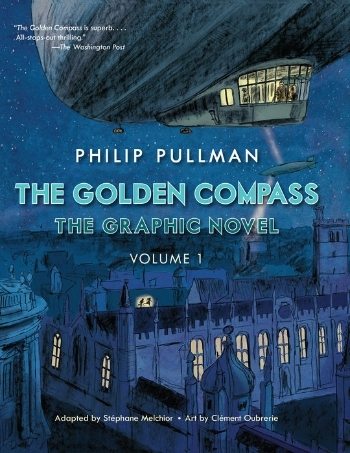 The Golden Compass: The Graphic Novel Vol. 1 (of 3): Also on the Eurocomics topic is this 80-page album from 2014, adapting Philip Pullman's well-regarded 1995 youth fantasy novel. I mention it way up here because the artist is Clément Oubrerie, the versatile stylist behind the Aya series with writer Marguerite Abouet, and I'd be really interested in seeing what he can do with Pullman's material. The text is adapted by Stéphane Melchior (and translated back to English by Annie Eaton), while Knopf Books for Young Readers publishes at 7" x 9"; $9.99 ($18.99 in hardcover).

Fables Comics: Officially a follow-up to Nursery Rhyme Comics (2011) and Fairy Tale Comics (2013) -- and, unofficially, the adult-oriented Above the Dreamless Dead: World War I in Poetry and Comics (2014) -- this 128-page hardcover once again teams editor Chris Duffy and publisher First Second for a gathering of very renowned talents adapting works on the given theme. Jaime Hernandez, Eleanor Davis, Mark Newgarden, Tom Gauld, Sophie Goldstein, R. Sikoryak, Graham Chaffee, Corinne Mucha, John Kerschbaum, James Kochalka, R.O. Blechman and Graham Annable are just a few of the contributors, spanning every generation of cartoonists since I was born up to and including one-third of last weekend's Ignatz winners; $19.99.

Democracy: Educational works aren't always the most respected species of bookshelf comics -- think 'A Graphic Guide to...' -- though 2008's Logicomix: An Epic Search for Truth proved an exception; R.C. Harvey was quite taken with it on this site, joining a chorus of popular and professional approval which propelled the Greek original to localized release in over a dozen countries. Now the artist of that earlier work, Alecos Papadatos, has conceptualized a new account of "the birth of democracy as a political system," written and drawn in collaboration with Abraham Kawa, with colors by fellow Logicomix veteran Annie di Donna. A 240-page softcover, published by Bloomsbury; $27.00.

First Man: Reimagining Matthew Henson (&) Hotel Strange Vol. 1: Wake Up, Spring: MORE EUROPEAN COMICS, from MANY lands, but all appearing in English via the children's publishing specialists at Lerner. First Man is a 2012 graphic novel from German artist Simon Schwartz, whose autobiographical The Other Side of the Wall was released in English by Lerner back in January. This one's a 160-page fictive portrait of the titular African-American explorer of the Arctic; a 7" x 9" softcover, though it seems a hardcover is or will also be made available. Hotel Strange translates the 2010 debut of a French series (presently up to vol. 5) from artist Katherine Ferrier and writer Florian Ferrier, apparently dealing with nature in a zany manner. A hardcover edition also exists for this one, but I'm only seeing a 40-page, 8 7/8" x 11" softcover going out to comic book stores; $14.99 (First Man), $7.99 (Hotel Strange).

Debbie's Inferno: This 36-page Retrofit/Big Planet release has been around for almost a year, but I don't recall it getting released through Diamond before. It's the comic book debut of webcartoonist Anne Emond, who presents "a spiritual quest" through a listless protagonist's "personal states of mind"; $6.00.

Shaman Vol. 1: Unless I am completely missing something, this is the first serial comic to be released by Philadelphia's Locust Moon Press, they of the fêted Little Nemo: Dream Another Dream anthology from last year. A Kickstarter-facilitated "gleeful dismemberment of superhero tropes" per the publisher, the story concerns a man of mystery who must raise both good and evil from the dead to maintain balance. The cover is by Farel Dalrymple, and veteran artists like Jim Rugg and J.G. Jones contribute pinups, but the primary creators are writer Ben Kahn and artist Bruno Hidalgo; $17.99.

Hellboy in Hell #8 (&) The Hellboy 100 Project: The latest from writer/artist Mike Mignola -- finishing up a two-part storyline -- accompanied by one of those Hero Initiative benefit books memorializing an auction of special variant covers by a slew of artists. Bill Sienkiewicz, John Cassaday, Eric Powell and Paolo Rivera are among the participants; $2.99 (Hellboy in Hell), $12.99 (100 softcover), $24.99 (100 hardcover).

Wild's End: The Enemy Within #1 (of 4): Being the start of the latest BOOM! run for this anthropomorphic animal project from prolific British SF comics veterans Dan Abnett & I.N.J. Culbard, setting their characters in a paranoid suspense scenario stemming from an alien invasion. The ongoing Peter Hogan/Steve Parkhouse Resident Alien over at Dark Horse is similar in placing stories that wouldn't be totally foreign to 2000 AD with North American publishers that facilitate a similar go-stop-go approach to serialization through a series-of-miniseries structure - albeit in larger, comic book-sized bites. Preview; $3.99.

Free Country: A Tale of the Children's Crusade: Finally, well... we've got The Sandman: Overture, a prequel, and we're getting Dark Knight III: The Master Race, a sequel, but less attention has been paid to this exercise in drastic augmentation. Understandably so - The Children's Crusade, coming straight out the superhero-soaked years of 1993 & 1994, is a hazily-recalled effort on the part of the Vertigo line to do a spandex-style shared-universe crossover; two eponymous framing issues surrounded tie-in Annuals from other Vertigo series, most of them beholden enough to their own established continuities as to likely render the exercise incomprehensible today. Nonetheless, frontman Neil Gaiman (who wrote the kickoff issue himself and co-wrote the finale with Alisa Kwitney and Jamie Delano) remains a powerful draw, and the project did manage to launch one of the more enduring Sandman post-series franchises, Dead Boy Detectives, so now the most recent writer of *that* offshoot, Toby Litt, will be scripting a significant insertion for the purposes of replacing the Annuals in this 200-page hardcover graphic novel Frankenstein thing. The new bits promise art by Peter Gross, while the old framing issues remain drawn by Chris Bachalo & Mike Barreiro (#1) and Peter Snejbjerg (#2); $24.99. 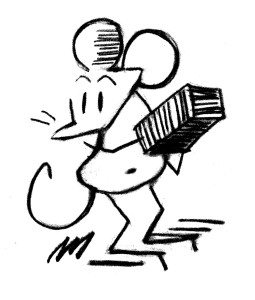 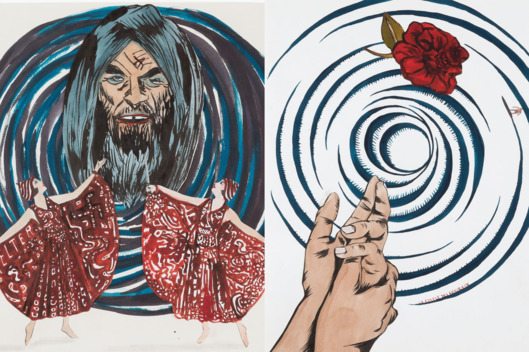