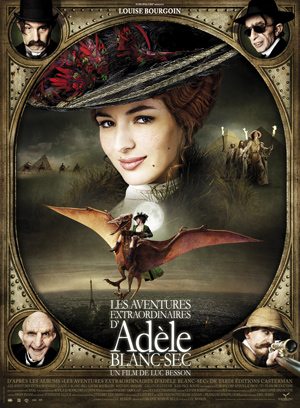 As a film director, Luc Besson lost touch with American audiences when he decided Milla Jovovich could play Joan of Arc.  When you consider that in the movie before that he cast his then-wife as a character identified as "the Supreme Being" you might well imagine that his personal affections had affected his judgment. After this unfortunate encounter with prestige roles, Jovovich would go on to forge a career as a kind of Joan of Nerds, giving flesh to the dreams of video gamers, while for the American audience Besson would cease to exist as a director at all.

Whether this might have been more a strategic withdrawal than careericide is a question for speculation. Having made his deepest impression with the American audience as a French John Woo — wall-to-wall action papered with sentimental backstory — he may have simply made a canny calculation that the best way to sell action movies to American audiences was to appear as much as possible to be making English language movies. Whatever the reason, Besson has hardly had un film de on these shores since Joan burned. The animated children's film Arthur and the Invisibles lived up to its name, Angel A earned a lordly 2% of its worldwide gross in the States, and The Extraordinary Adventures of Adele Blanc-Sec, based on the romans graphiques of Jacques Tardi, was judged not to be worth the cost of prints and advertising. Which in a film industry that releases two and sometimes three Nicolas Cage movies in a year is I suppose about what you could expect. It's the language whipsaw: The popcorn movie audience won't watch a movie that's been dubbed and the audience that will read subtitles isn't interested in popcorn movies. I would estimate that Hollywood released two, three, and sometimes four movies that were not as good as Adele Blanc-Sec every week of the year and change since it came out. Nevertheless, we now get our first chance to see it via gray market DVD, and those who are willing to pay the reasonable price will have the best time they've had with a Luc Besson movie since The Fifth Element.

My rule of thumb is that making a movie out of a comic strip is like making a love song out of a blowjob: You may well make a perfectly decent love song out of it, but it will lack the characteristics one values in the original experience. This is particularly true in the work of Tardi, where it's all in the line and, quite frankly, the matter doesn't always live up to the manner. In Adele in particular one almost feels as though he's too much cartoonist for the material. In his adaptation Besson takes full Hollywood privileges, treating the comics as raw material to use for his own purposes.

This is an approach at which you can fail spectacularly. The most spectacular example in recent times was The League of Extraordinary Gentlemen. Never has such a great idea for a movie been turned into such an abominable actuality borne of that combination of ignorance and arrogance that is as much Hollywood's contribution to civilization as meeting cute. The producers, being illiterates themselves, began with the assumption that the mass audience wouldn't know who these famous literary characters are. To a normal intelligence this would pose the question of why then you would want to adapt a story premised on the audience recognition of these characters. This was no impediment to the kinds of minds that made the movie. To them, the premise is merely means to get the backers to put up money for the project, and the final product will be a rearrangement of cliché elements of every other action movie, a practice these dimwits imagine is mastery of the medium. Similar thinking is seen in the adaptation of Jonah Hex, a concept that demands an aura of nihilism and the form of a horror movie but is instead approached with a smartass-dumbass jokiness. The great hope for the former, if not the latter concept, is the current Hollywood practice of the rapid reboot. It used to be that if you made a lousy version of a property you'd have to wait twenty years for the failure stink to wear off of it. Nowadays when the old version is being dumped on the DVD market the new version is already in progress.

Besson adapts Adele far more effectively but not at all reverently. It devolves from the albums Fantagraphically known to include Pterror Over Paris and Mummies on Parade, but even if you've read both of them there are plot points I could give away that would spoil the movie for you. What he retains most faithfully is atmosphere: the Belle Epoque setting, framing devices, the creatures, the comic relief characters. Oh, and the brief nudity; this is a French movie, after all. The occasional attempts to recreate Tardi grotesques with makeup are more distracting than anything. The tone is lighter; while the original had its ironic facetiousness it could hardly be called a romp, and the movie can. Though the movie Adele brooks no nonsense, she is hardly the dour, hard-boiled article she is in the comics. Her shadowy and vaguely sinister comics motivations are replaced by a quest to revive a comatose twin sister. Most of the plotting of the original is jettisoned, which quite honestly is no great loss. Some of the revisions are quite effective, particularly making Boutardieu, the scientist who revives the pterodactyl, the beneficiary of the reptilian rescue from the guillotine as well.

The closest analogy I could make to the overall affect of the movie would be the Emma Peel Avengers without John Steed. It has that quality of rendering a straight adventure plot comic without becoming a send-up. It effortlessly captures the sophisticated pulp quality that the Tomb Raider movies labored for so strenuously and unsuccessfully. Ultimately it becomes an homage to several varieties of bande dessinee — Inspector Caponi almost becomes the lost Thomson/Thompson triplet, and when the mummies hit the town they seem to be getting their material from Rene Goscinny rather than Tardi. It features the sort of CGI effects we've come to expect from our finest television programs, but even this limitation has its charm. The handling of the mummies in particular would warm the hart of anyone with an affection for the stop-motion of Ray Harryhausen, a resemblance I do not believe is coincidental.

Though it is hardly a masterpiece, I would happily watch the planned sequels if they were to occur. The gross receipts barely equaled the production costs, and I don't know if that justifies going forward even under European standards. If it were a choice between buying the comic and buying the DVD, I'd take the comic, but if the idea of a movie of the comic intrigues you it ought to be worth the cost. 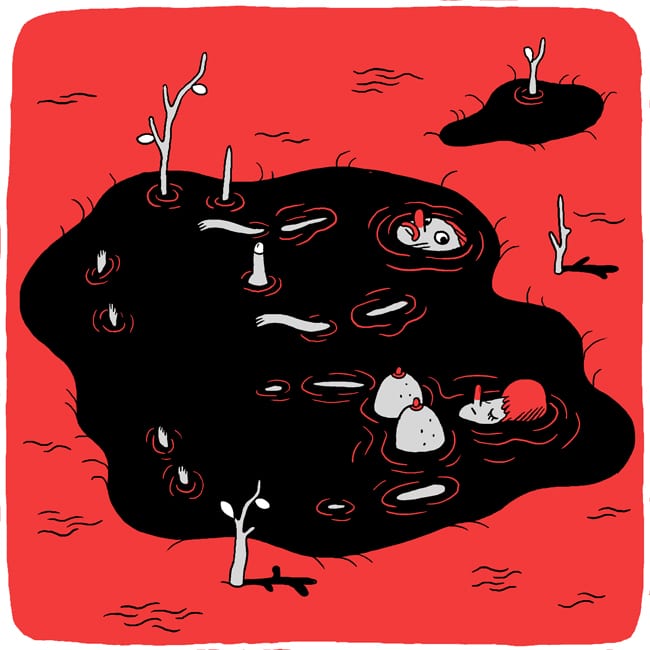 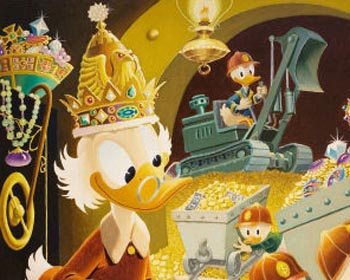