Elsewhere, the comics internet is filled almost entirely with interviews.

Prairie Dog talks to Jeet Heer about his new book on Françoise Mouly:

I wrote an article for the National Post about 10 years ago where I was trying to describe Art Spiegelman’s career as an editor. I had written: ‘Leaving Françoise Mouly aside for a moment, Art Spiegelman’s achievements are blah, blah blah’. My partner, quite rightly, called me on that, and asked ‘Why are you leaving Françoise Mouly aside? She was as important at RAW magazine as Art Spiegelman.’ And that really got me thinking because I had been aware of Françoise my whole life, and respected her and the magazine that she did, but I’d never written about her. For every one article that anyone has ever written about Francoise, there are at least 500 to 1,000 articles written about her husband.

I believe that Marie Severin and I were the only women drawing superheroes at the time. It's funny that she was drawing Sub-Mariner while I was drawing Aquaman. People always used to ask me if I knew her, but I didn't meet her until years later, at a convention. I didn't work in a bullpen like Marie did so, aside from being uncomfortable with male fantasies and the violent subject matter. I never really experienced what it was like being the only woman working in a man's world.

And Michael May at Robot 6 had the bright idea of talking to retailer Mike Sterling in the aftermath to DC's Villains Month:

I was generally okay with it, with my reaction split between the comic fan in me (“Oh, those sound like fun!”) and the retailer in me (“Gee, great, can’t wait to figure out my order numbers on these”). That latter reaction sounds more serious than I actually felt. It’s more like, well, there go the publishers, making my life more difficult again! Whaddaya gonna do? 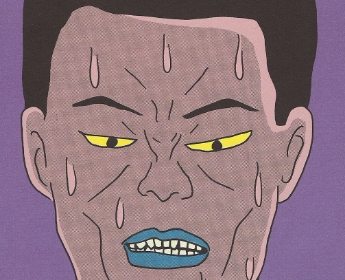