I’ve been drawing online comic strips for a long time now, in Internet time, and I’ve learned a couple of things. One is that the traditional daily gag strip is possibly the most difficult form of sequential art to master. It’s easy enough to do, devilishly hard to do well. There’s a reason so many contemporary comics creators are falling over each other to praise Richard Thompson’s Cul de Sac, one of the very rare recent newspaper strips that goes beyond competency and into greatness. Another is that, especially in daily strips, simplicity is beauty. The longer you work in comics, I think, the more you get to appreciate a clean line and a simple joke done well.

Dana Simpson has been drawing online comic strips even longer than I have—since 1997, when she debuted Ozy and Millie, her gently satirical strip about two fox children. I get the impression that she’s learned the same things I have, and more. She’s mastered the form, and her current strip, Heavenly Nostrils, is one of the best comic strips running today, on- or offline. It runs on GoComics.com, alongside syndicated newspaper comics, and shows them all how it’s done.

Freckled, gap-toothed Phoebe is a smart but basically normal nine-year-old, except that she happens to be best friends with a unicorn named Marigold Heavenly Nostrils. There’s more than a touch of Calvin and Hobbes in this setup, but the strip makes no bones about Marigold’s reality: she’s very much real, and other people can see her, although thanks to her magical Shield of Boringness they don’t freak out unless she wants them to. Phoebe is sweet, awkward, and nerdy, Marigold self-centered and arrogant, but a girl will put up with a lot to be friends with a unicorn.

In addition to drawing webcomics, Simpson is a big wheel in My Little Pony fandom, where she’s in demand as a pony illustrator. It’s easy to see the MLP influence bleed into the treatment of unicorns and other mythical creatures in Heavenly Nostrils, especially when Phoebe sometimes plays with “Pastel Unicorn” toys (and, in a couple of strips, makes none-too-veiled comments on issues of enormous importance in MLP fandom). Her art is not My Little Pony-like but does have a similar crisp mid-century graphic sensibility: cute characters with suggestions of Ward Kimball or Mary Blair. But an even more direct influence is Peter S. Beagle’s beloved novel The Last Unicorn. Like Beagle’s unicorn, Marigold is a narcissist, but why shouldn’t she be?  After all, as she helpfully points out, she’s a unicorn. When you’re the embodiment of love and magic and wonder, you can afford to be full of yourself.

For its first year, Heavenly Nostrils was essentially the Phoebe and Marigold Show. Now in its second year, it’s begun to branch out and develop an extended cast. Most interesting are Phoebe’s nerdy parents; her dad is a beardy guy with strong opinions on video games and her mom is a painter who geeks out over art supplies. The trope of parents who are more immature than their child is as old as situation comedy, but making Phoebe’s parents modern-day arrested adolescents is a nice update on the idea. We’ve also met other unicorns (Marigold’s less glamorous sister is named Florence Unfortunate Nostrils), a few monsters, and some of Phoebe’s classmates, including her charmingly dorky crush. That said, Simpson seems to be in no danger of running out of jokes about little girls and unicorns hanging out together.

In a healthier print industry, Heavenly Nostrils could be an enormously successful syndicated strip; Simpson’s art is bright and polished, published in black and white with color Sundays, and the week-long storylines and clever all-ages humor feel like a modern reinvention of the best newspaper comics of the 1990s. 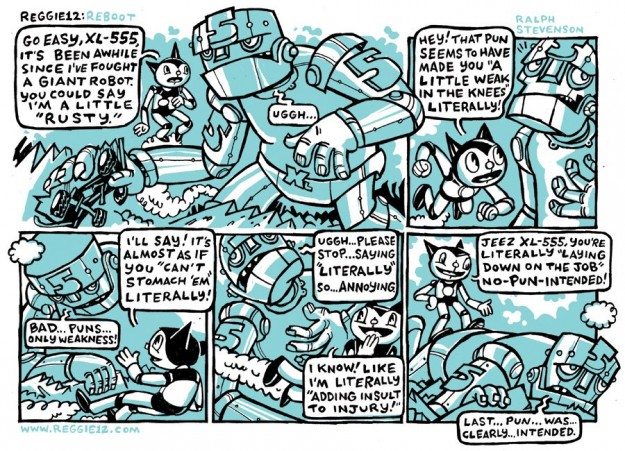 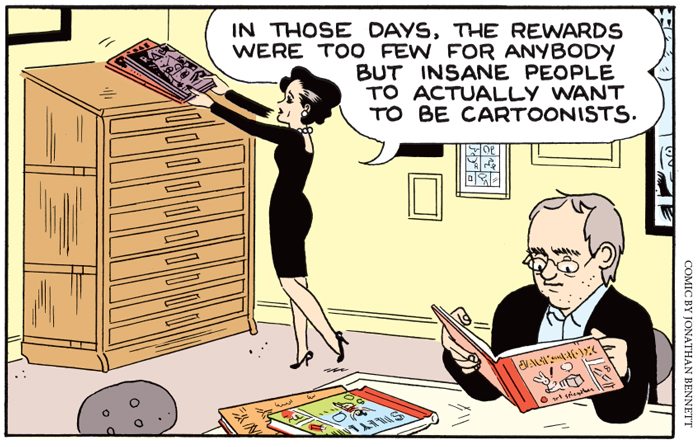