What a crazy week to be a comic book maker!

First there was SPX 2013. Then the following weekend was the NY Art Book Fair at PS1 MOMA and the Brooklyn Book Festival.

What really impressed me was how in one year the PS1 show and the Brooklyn Book Fair morphed and immediately at both shows comics makers were more and more visible. Last year there were barely any comics publishers and this year it was jammed with comics. The best part of this is cartoonists mixing with authors who do not use images in their work. Comics, Graphic Novels, whatever, are ascendant in American culture now like never before. It’s a pretty great feeling. Seriously.

I was exhausted after SPX. I took the train back to NYC the Monday morning after the big weekend. On Tuesday I went to Desert Island to catch the great Alex Schubert signing his new Blobby Boys book from Koyama. That was fun. Gabe Fowler was in a good mood despite his computer crashing and dying the night before. Pretty good crowd for a Tuesday night.

Wednesday night I guest lectured at Dan Nadel's SVA class. I went around the room and asked each student "If you were walking down the street and met the person that could give you your dream job, and that person asked to see your work right then and there - what would you do? Like if you didn't have a copy of your book or zine on you at the moment. Would you bust out your smart phone and show them your website, blog, tumblr, whatever? Would you have to send them jpgs? What would you do?" That was a fun class. I think so much of teaching is just being present and engaging the students. Asking them questions.

Later that night a giant group of cartoonists wandered around the West Village of Manhattan trying to find a place to hang. Ulli Lust, Leslie Stein, Suzette Smith, Dash Shaw, Michael DeForge, Jonny Negron, myself, as well as Suzette's sister and best friend (who's name I embarrassingly forget right now) all sat at a giant table and got loaded. We were all still "on tour". The waitress had a crush on Jonny and was sort of harassing him, which amused us all endlessly.

I spent Thursday day helping Dan set up for the NY Art Book Fair at PS1 MOMA. If you don't know what the NY Art Book Fair is then read this and come back. Basically, it's a fair for artists who make books and publishers who produce "artist editions". A sort of SPX for the art world. I still have a skill set from working for galleries and artists where I can hang framed and unframed artwork like a motherf**ker. So that was fun. I also ran into a lot of old friends like Matt Leines and Matthew Thurber. Fun.

What was really interesting to me about this crazy week of "small press" shows was that I saw some people at all of the different shows. There were people like me (and PictureBox) who set up at all three of these shows. Or at least two of them. And what is really interesting is that the audience at each responded differently to the work.

The way I see it is that SPX is still for comics-makers essentially. There were "readers" or "buyers" in attendance, sure, but really it's a show for makers. The NY Art Book Fair had way more "non-makers" in attendance. And the Brooklyn Book Festival was basically the general public because it is free and outside in downtown Brooklyn. So each show had it's own feel.

The comics-maker Matt Crabe is someone I know from doing comics shows on the east coast. He's relatively new to tabling at shows. I saw him at SPX and I saw him at the NY Art Book Fair. At SPX he seemed a little subdued. Like he was having a good time but that he was a little overwhelmed. Sales were mild. Or underwhelmed. I couldn't tell. However, at the NY ART Book Fair he had a crazed look in his eye. I saw him in the packed tent that housed all the zine-makers and he said "I'm killing it!" Sales were red hot apparently.

I asked Matt to write a little bit about each show and this was what he turned in:

"This month I tabled at both SPX and NYABF just one week apart, there were many differences between the two from my personal experience as a vendor.

"Round one was SPX, I seemed to disgust way more people than I usually do at conventions, people kept picking up my books and putting them down like they had accidentally picked up a dirty diaper. The general taste of the attendees seemed to lean toward cuter, more straight foreword comic making, and less experimental or art comics. It also seemed like there were more exhibitors than attendees, and a strange feeling of anxiousness in the air. I still got to draw a good amount of horribly perverted sketches for some filth enthusiasts, so overall a success.

"The NY Art Book Fair, obviously not a comic based show, but yet there was a heavy comic presence. I met about a dozen more comic artists I respected here than at SPX. People seemed much less shy and open to conversation, as well as open to difficult ideas. No ones table stayed empty for very long, It may be due to booze being allowed on the sales floor. I sketched even more horribly perverted drawings, another overall success.

"Two very different shows but both seemed to be great for comics makers, albeit different types of comics makers. It seems the curated show is much more cohesive and exciting to creators and the free-for-all exhibitor show seems to cater to the comics fan who dreams of being a bigger part of the comics community. Despite my personal experience I feel both shows are equally important to promoting comics ever evolving culture, and all the amazing work that will continue come with it."

Frank here again. What struck me about Matt's take on this wacky week is that if he only had the SPX experience he might have grown deflated about comics in general. But the NYABF experience seemed to galvanize his dedication to the medium. Comics, it appears, are growing beyond its familiar borders. What I'm saying is that you don't have to set up at comics shows to be a comics maker anymore.

The Brooklyn Book Festival on Sunday proved this to me more than the NYABF did. Comics may be taking over the publishing industry in some fashion. At least visibly. In the main artery of the plaza there were a slew of comics publishers. Drawn and Quarterly had the most visible presence. Ironically, they were right next to DC Entertainment. And for the record, DandQ made DC look like a dog and pony show.  Secret Acres was there (with new Brendan Leach book that looks great!), Uncivilized Books was there, Toon Books was there, PictureBox was there.  The main artery was clogged with comic book publishers. And the general public seemed to love it. There was none of the "what are these comic books doing here" looks that I remember seeing in other literary festivals back in the day.

The Brooklyn Book Festival also had amazing panels where they paired comics-makers and "regular" authors. I saw three panels (including my own) and enjoyed them all immensely. Hats off to the programmers at the Brooklyn Book Festival for making comics people feel like "regular" authors too. In the old days we used to have to go to Europe to get the same kind of respect. It's a great feeling. Seriously.

Thanks! Over and out.

P.S. - On Saturday there was an amazing signing at Bergen Street Comics with Ulli Lust, Leslie Stein, Charles Forsman, Ed Piskor, and Tom Kaczynski. That may have been the most fun I had at a signing ever. Seriously.

I’m going to be doing a correspondence course this fall. The fall course will begin on October 4th 2013.

The focus will be on advancing your understanding of layouts, color, contour line drawing, and printmaking for producing comic books.  The 8-week class is $500. Payment plans available. This class is limited: only ten students will be accepted.

-specific url links to any comics work you have done.

Applications due by September 27th. Email me - santoroschoolATgmailDOTcom - and I will send you an invite to the course blog so can you see what it’s like. Check out my "Layout Workbook" series here at The Comics Journal. Overseas students welcome. Payment plans available - I will work with you to make it affordable. 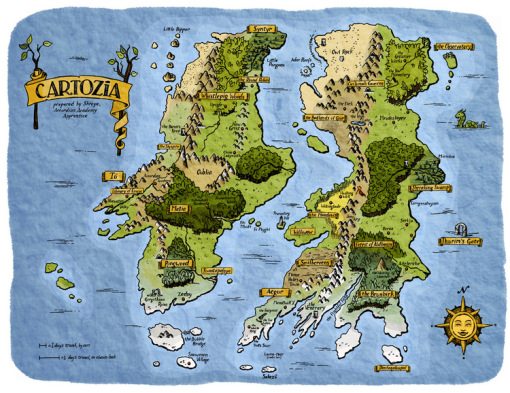 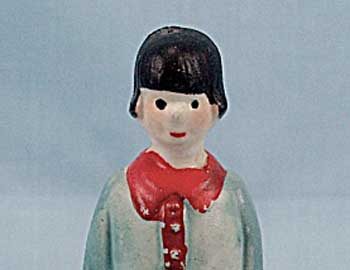