This week I wanted to write about some obscure "art comics" in my collection. Katherine Bernhardt, Gary Panter, and Matt Leines have all made books, but they all might be better known in the art world than in the comics world. Well, Gary is known well in both. I think it is interesting when "gallery artists" make comics. They generally take a different approach to making "sequential art."

Katherine Bernhardt is a painter who lives in New York and who shows at the Canada Gallery. She made this self-titled "zine" (below) in 2005. Katherine is a friend and I helped her make this magazine-sized 16-page booklet. The series images were made specifically for this publication and they were executed at the same scale as they were printed. The idea was to try and capture the raw energy of Katherine's painting into a publication without reducing her large paintings down.

We took the series to Kinko's and made it one day in a couple hours. She had an idea of how she wanted to sequence the images but we basically made it up on the spot. We placed the original paintings (done on paper) on the glass and arranged them so that when grouped in the booklet the images would sequence the way Katherine had in mind. Meaning we had to "print marry" on the fly; so we made a little mock-up to guide us. If you've ever printed a mini-comic or a zine you know what I'm talking about.

We printed up about 30 of them. And if I remember correctly, she gave most of them away and then sold some of them at an exhibition for like 10 bucks. I had convinced her to make this "zine" because I had this idea that I could get Katherine to make comics. I thought if she made a series of painted images and sequenced them into a booklet then there would be a narrative of sorts there somewhere in the unfolding of the images. Many painting exhibition catalogs have only one image per spread and so the left hand side of the book is often blank. My idea was to have a book of paintings done as a "series" that had a sort of cohesive whole but which also hung together as diptychs.

I think Bernhardt has the force of an Abstract Expressionist master without all the macho posturing. She refuses most interpretations of her work. She usually just talks about how she paints what she likes. She copies figures from magazines. She copies patterns. She might use a source image however through her loose painting the image becomes her own. She filters the image through her "re-interpretation" of it and so it's really no different than taking photos of things one likes. There's a natural feeling to it that I find really appealing. The palette especially. She has an incredible sense of color. Masterful.

Check out this artist's diary she did for the New York Foundation for the Arts back in 2006. I like the way she writes about what she does.

The zine didn't have a title. Just her name on the cover. (below) 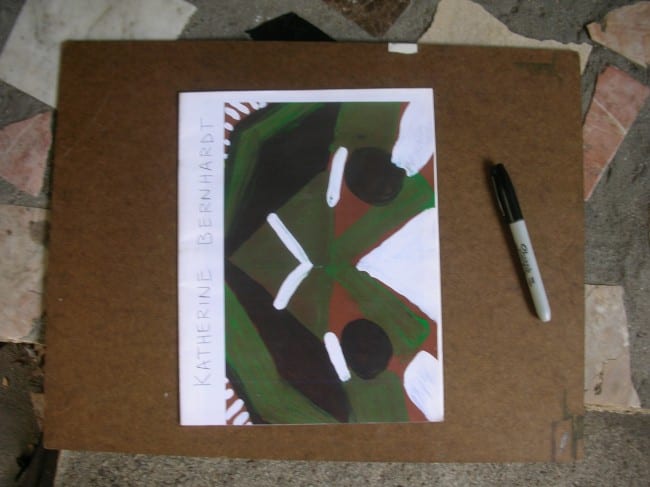 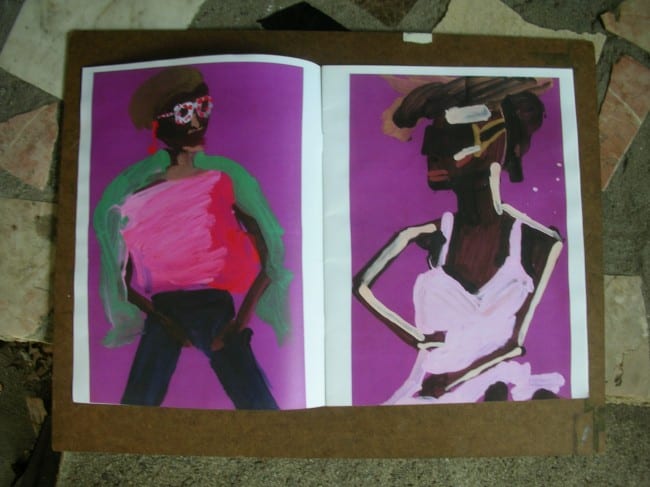 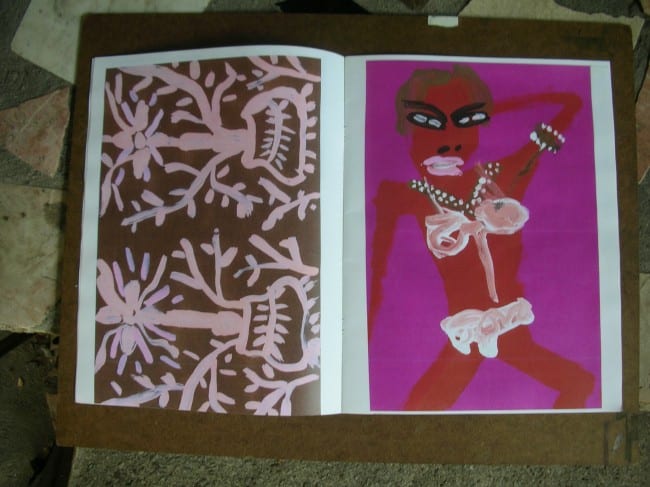 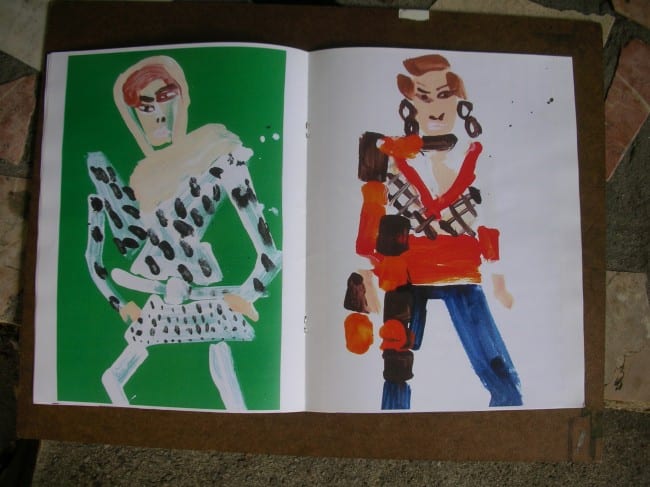 It was fun to make this book with Katherine because she seemed unconcerned with placing images in such a way that forced the reader to turn the book on its side (which of course is common in painting catalogs). 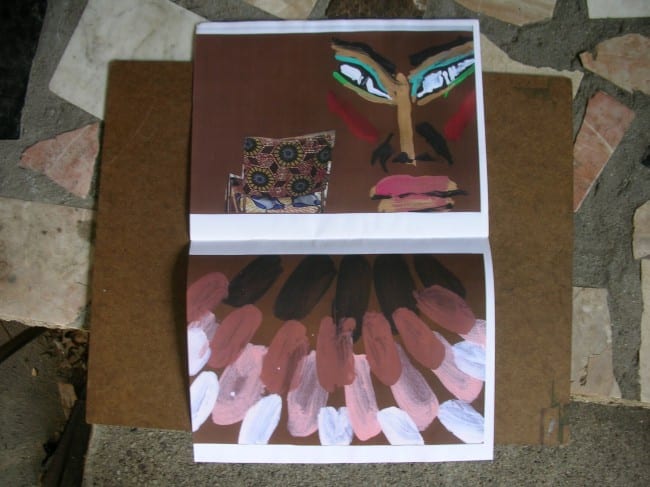 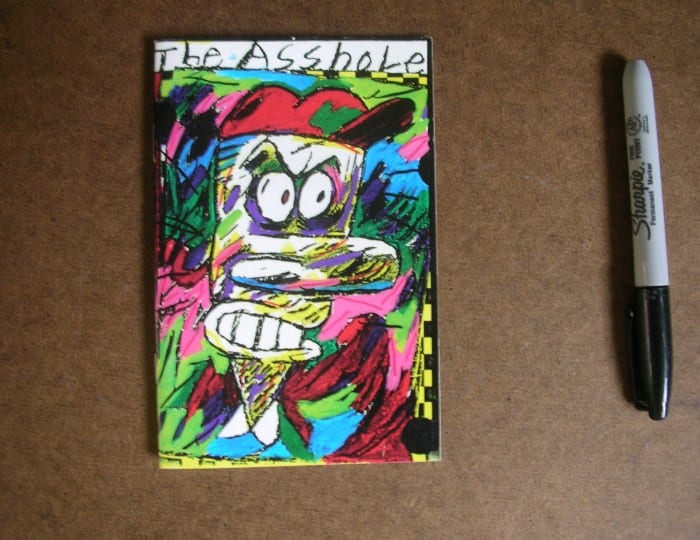 I've heard Gary Panter tell a story about Robert Williams reading his comic, The Asshole, back when Gary first made it back in the '70s. He said Williams told him, "Well, if you can make such a crappy comic - then I can do that too. You didn't even try to draw it." Or something like that. Gary can correct me in the comments if he reads this later. 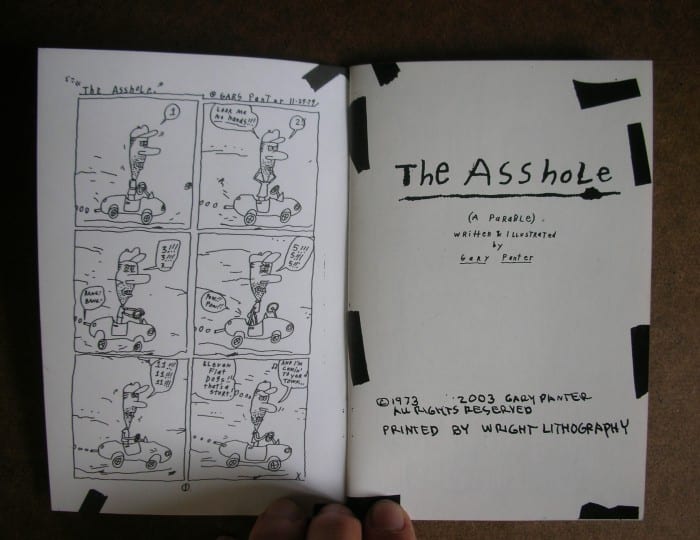 There weren't many comics drawn like this in 1973. This comic was "arty" back then. The undergrounds seemed more about looking back (stylistically) and Gary seemed to be about looking forward. Nobody can draw like Gary. He's like Picasso plus Kirby plus every wacky cartoon show and comic book and sci-fi movie that he ever saw, which he then filters through his "ratty line". 1973! 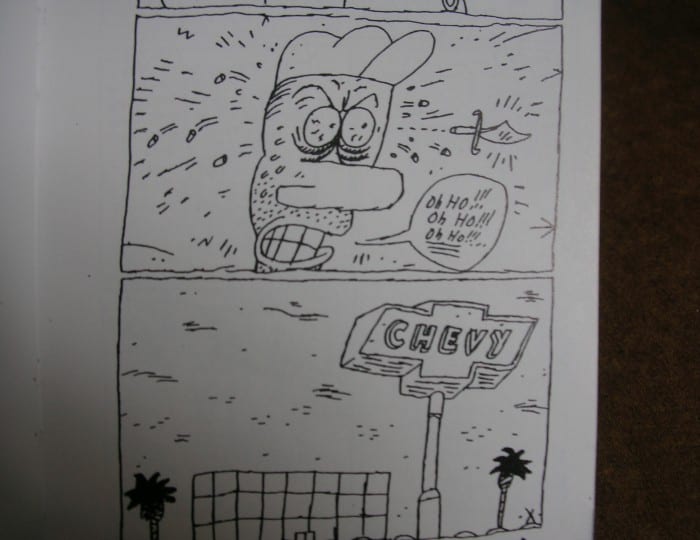 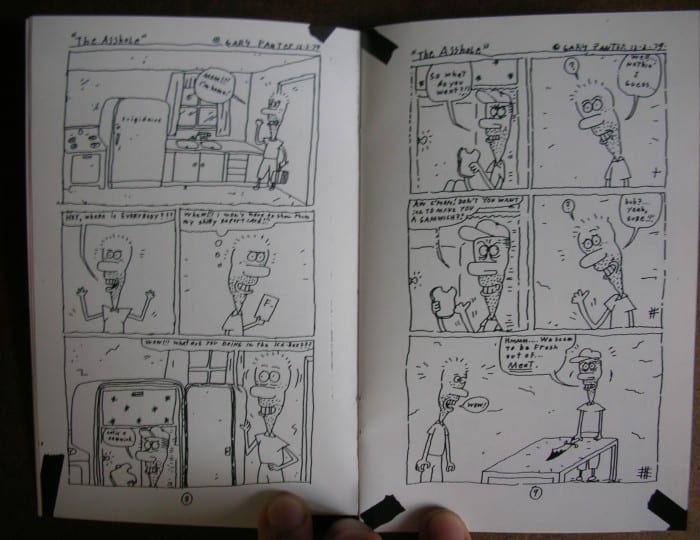 Gary also tells this story about Robert Williams telling Gary that he and his buddies should start an art gang. That they should get motorcycle jackets. And write "The Art Boys" on the back. This was in the '70s. 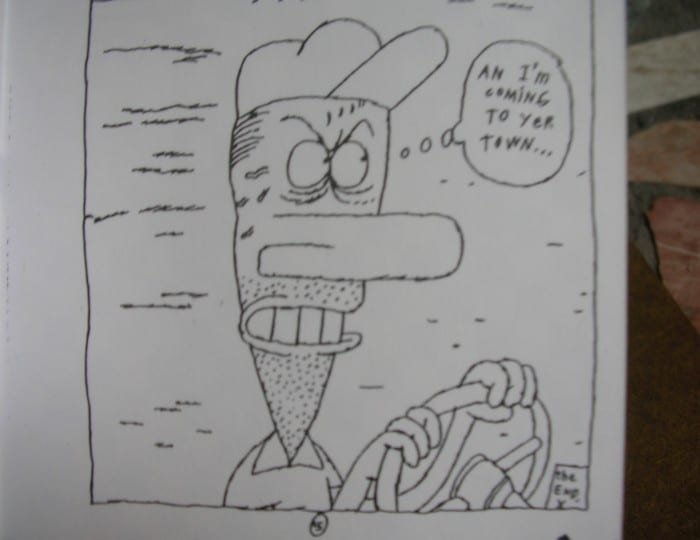 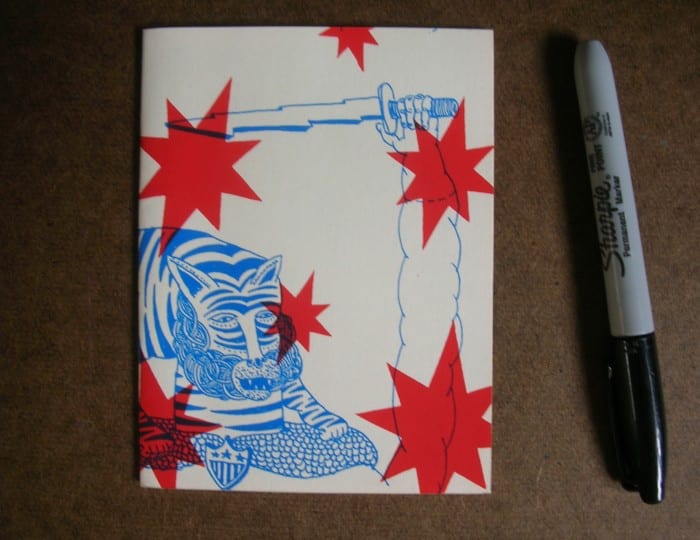 Matt Leines is really interesting artist. Great draftsman. I used to see Matt at a lot of comics shows in New York. He used to set up with those The Drama guys. Remember that magazine? The Drama?

Anyways, Matt Leines can draw his ass off. He can fill a gallery full of drawings and paintings and make solid artist's books: zines, mini-comics, the usual. That's fairly uncommon, I think. To be able to do both so well. I don't know many mini-comics or zine makers who can scale up and present their work in a gallery setting. A few. But not many.

This untitled booklet of drawings is essentially a comic because the images unfold in sequence. Each spread is one drawing. It moves forward similarly to, say, Moebius's 40 Days in the Desert. If you've seen that book then you know that the images sort of repeat and change as they fade into each other as we, the reader, turn each spread. A familiar but fairly uncommon way of doing comics.

It's sort of freeing to see artists who aren't necessarily cartoonists make comics. Comics has a lot of rules when you begin breaking up the page into a sequence of panels. For me, when the full page or the spread is used simply and intuitively to sequence images then I focus on the drawing more. There's no grid, no rules really except turning the pages in order and progressing through the book from front to back. 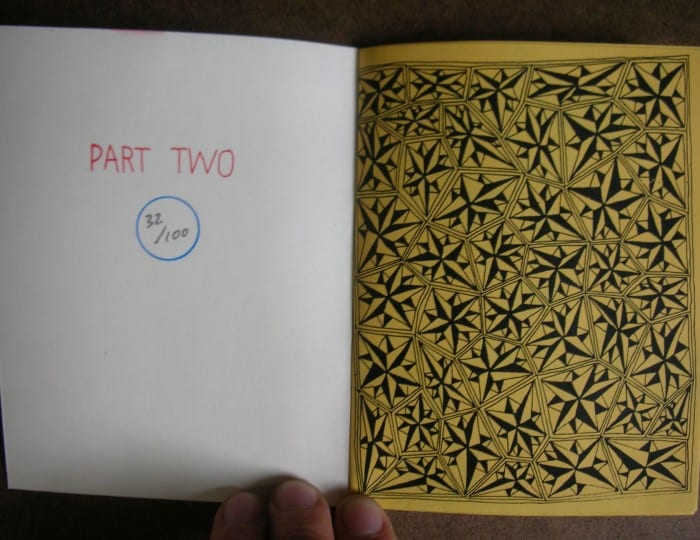 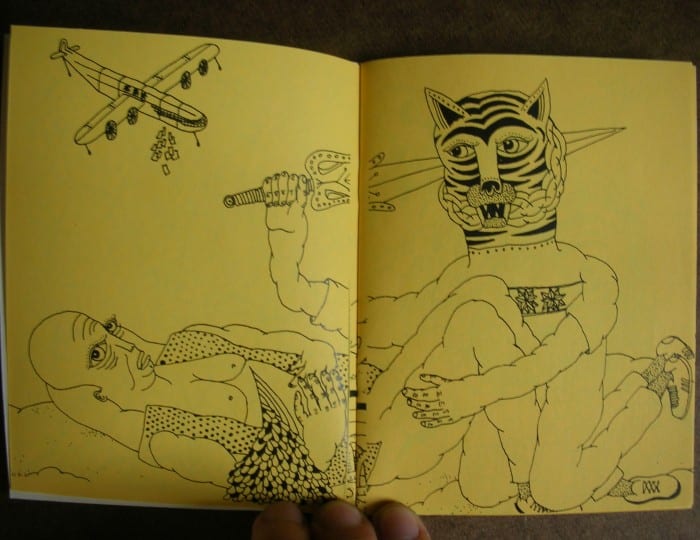 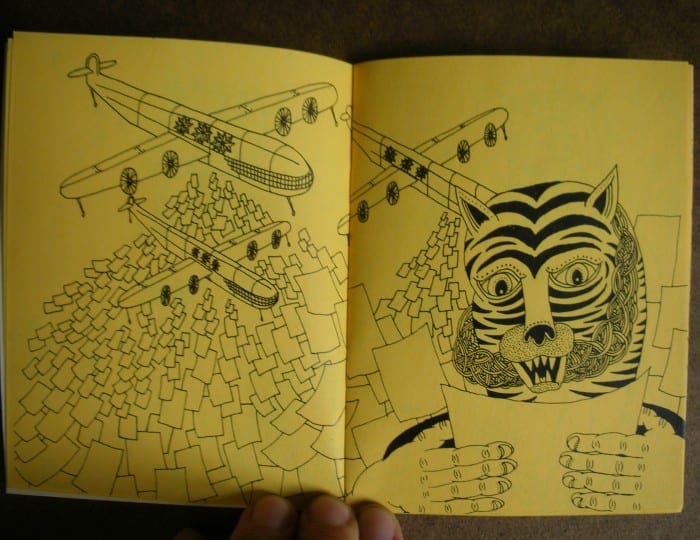 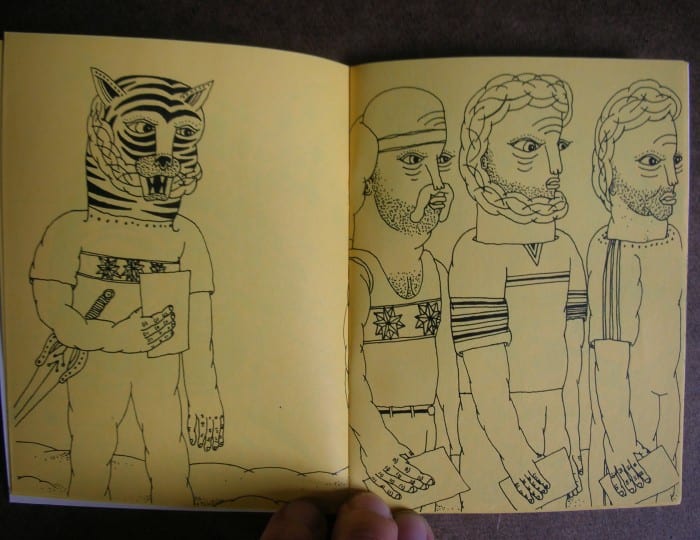 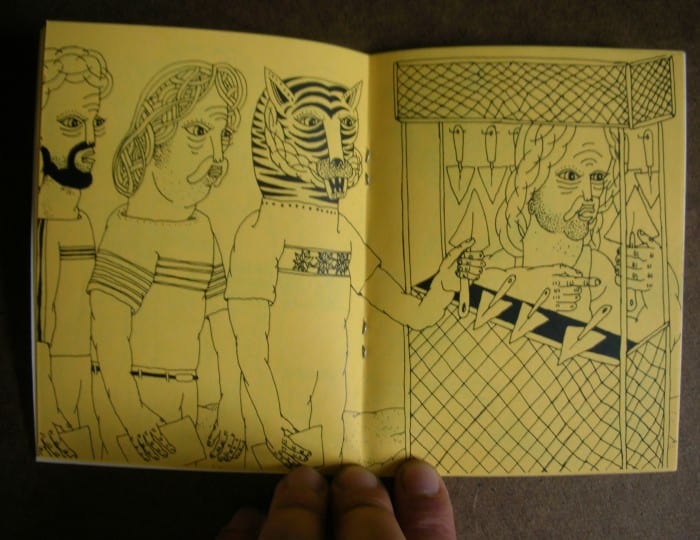 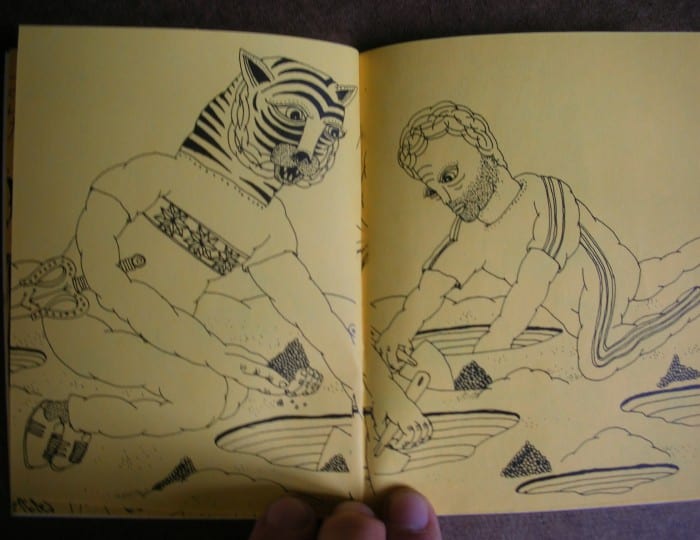 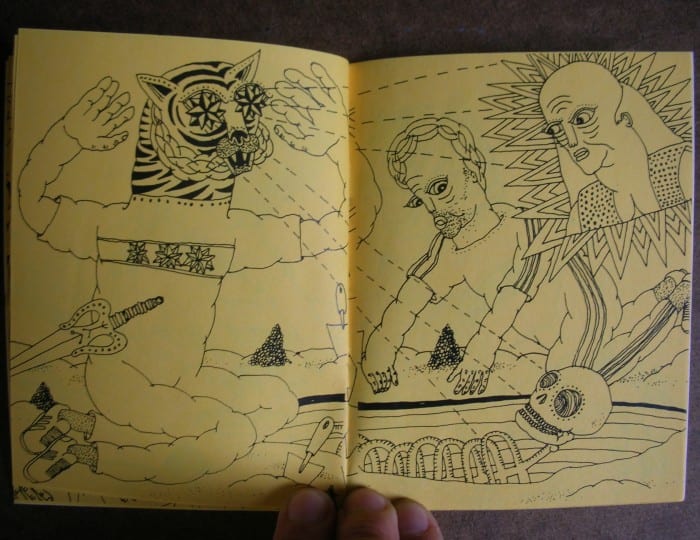 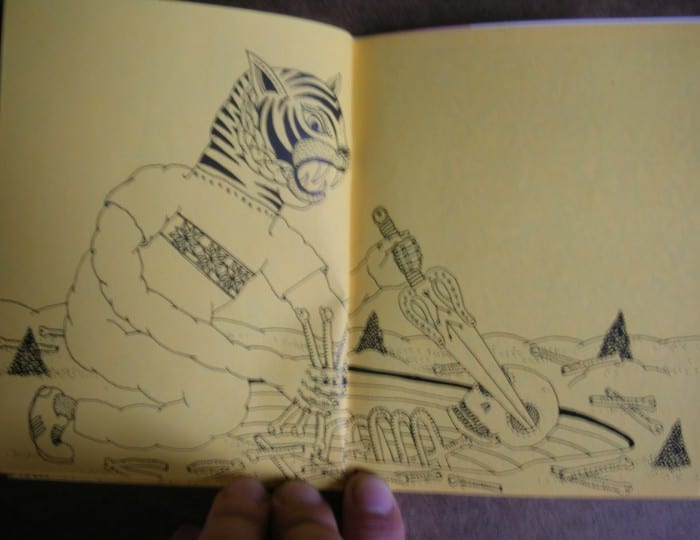 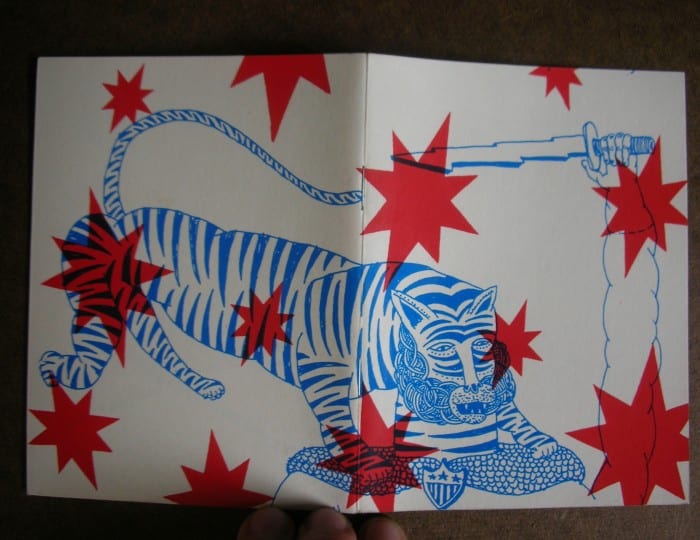 (Sorry to Matt if he doesn't want me to post this many images from the book - I just wanted to let the images do the talking. I'll take a few down if you want).

Over and out. Thanks! 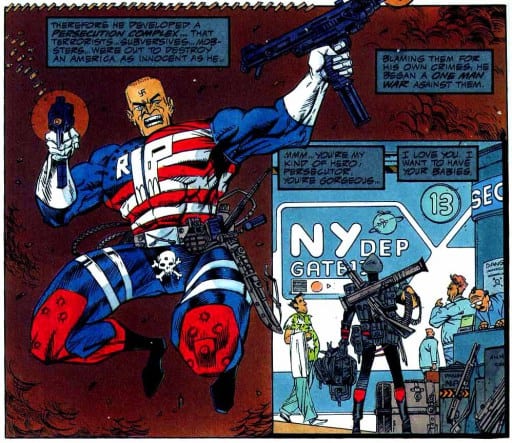 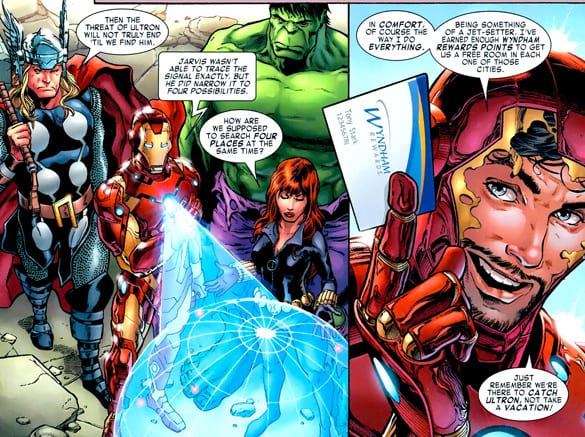