Pam-Pam Liu is a freelance illustrator, underground comics artist and a musician from Taiwan. She finished BFA degree in Shih Chien University in 2009 and graduated from Central Saint Martins MA Communication Design in 2013. A resident of La Maison des Auteurs in Angoulême, France (2018-2019). She is inspired by the relationships between people, music, manga, movies and novels. I talked with Pam-Pam about her experience being a cartoonist in Taiwan, her autobio comics, and getting too close to the truth. 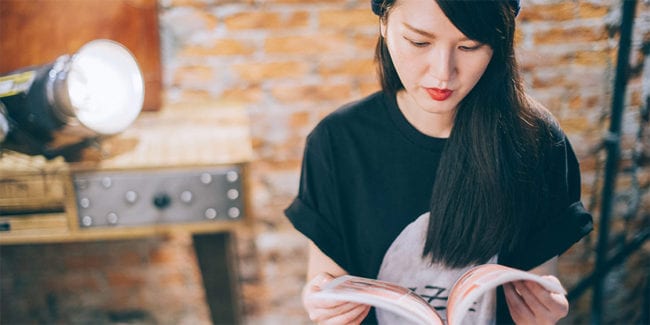 Sloane Leong: What are you working on right now?

Pam-Pam Liu: The story I am currently painting begins in 2011, and was originally published in a way that was published once a year. Later, the story evolved into a piece until now.

The story is based on Christmas. I was studying in London in 2011. On that Christmas day, a man was found dead on Oxford Street. I feel that the Christmas in the West is reunited and joyous. Let the people who can't get back home feel more lonely, so I started to draw a comic book composed of many ordinary, special and weird characters and their stories.

What prompted you to work in this particular medium?

When I was in college, my major was animation. I needed to draw a split script before the animation. I found that I prefer to draw a split script than an animation, and use a grid of images to tell the story. And during that time I saw Sammy Harkham's work in the book: Poor Sailor, this work gives me great motivation, and I also want to use my own, other, real and fictional stories with comics. Readers communicate and let readers use their imagination to understand my thoughts. 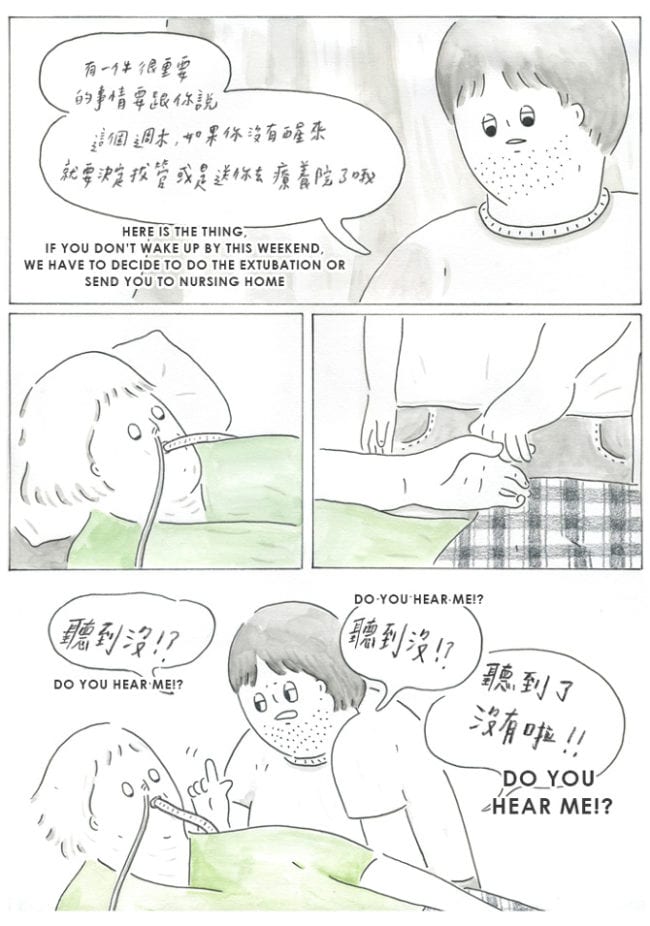 What is the process of transforming your story from concept to final form?

There will be a general storyline outline, and the character's characteristics will appear in my mind. I will write the story script in simple text first. In the moment, there will be a picture appearing in my mind, the hardest part. It is necessary to draw the picture in the brain into a mirror script. Sometimes it is different from the thought and it takes time to correct it, but I enjoy this process.

I want to draw too much. Time is not enough. I am just an amateur cartoonist. I work in my free time outside of work. At present, I have accumulated too many scripts, and I have no time to draw them into comics.

You’ve drawn very raw autobio comics about yourself and your family. What is the process behind choosing what to share publicly? Do you worry that the people you depict will read them and possibly get offended? How does drawing these comics affect you?

I was studying in London in 2012 when the paper was about autobiographical comics, and I was addicted to: James Kochalka and Harvey Pekar.

Of course, watching other people's works is completely different from the feeling of hands-on records. I began to record life in the form of pictures and cartoons. The life at that time was very boring. I just wanted to give myself a small goal of daily creation. But after a few days after starting this project, I found a thief when I went home. A lot of things have been stolen. From then on, I discovered that the mystery of life and time is that it is impossible to master. As long as you wait quietly, there will always be some small things that can be recorded in life, whether it is boring or a major piece, when they are assembled into a visual form, they have different meanings.

I don't know if it is the difference between Eastern and Western cultures. From the beginning of my work on the Internet to record life, there are many Western readers who use "honest" to describe my work. For my work, this is a brand new. The point of view, because this is the way I create things in my perspective. And, very importantly, readers won't know if my work is completely honest.

So far, in addition to my personal life record, I also created comics on the theme of my brother and mother. First, my thoughts are often filled with memories of the past. The two of them are the two most frequent people in my memory. I painted it to relieve the discomfort that those memories brought to me. Second, in addition to family relationships, my story also wants to express the disease and Taiwan's aging. Many readers of my age are facing the same problem. I think in Taiwan, using graphic cartoons to explain some social issues. It is easier to attract the attention of the masses: "It was not my personal problem, but a social problem that many people will face." I hope more and more people can have such an idea and urge the whole society to solve these common problems.

As for the issue of offending others, I often think of this matter. So far, as far as possible, the creation of the record is not distorted, and I try to focus on the perspective and feelings of my personal affairs. 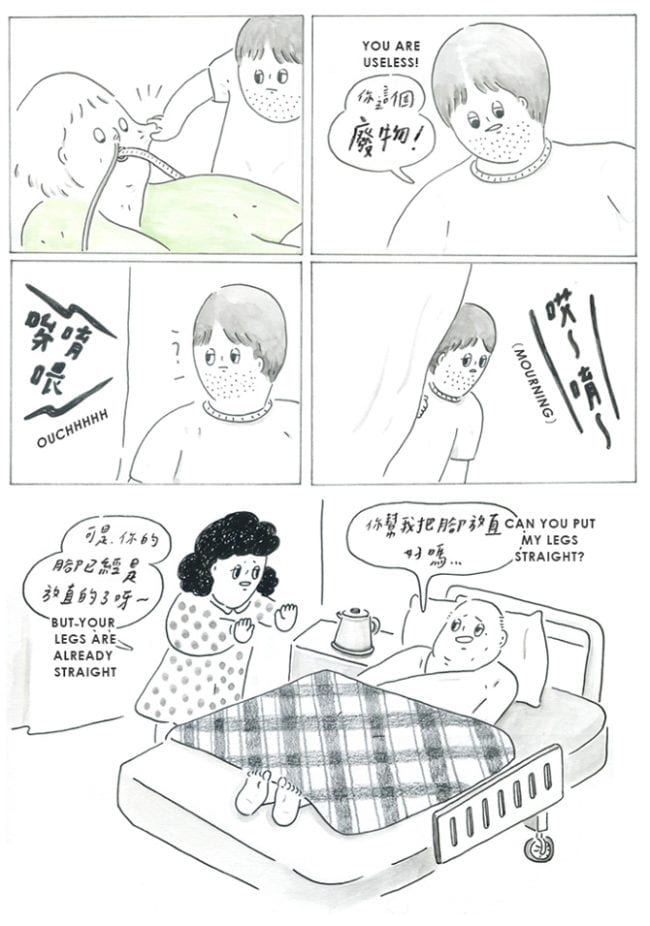 How has the Maison played a part in your project?

Because of the visa relationship, I am only in this three months. These three months are very comfortable in the environment of quiet, undisturbed and filled with other cartoonists. The creation is full of efficiency, and I have completed the project in three months. More than in the past year.

What are some pros and cons of working at the residency here in Angoulême?

Angoulême is much quieter than the city I live in in Taiwan. It provides me with a great creative environment and how to create other people in the process of communicating with other cartoonists. And the diversity of their work, I think that most cartoonists are more able to appreciate the works of others than the average person, and they are very smart, sensitive and have excellent observation and are very happy to get along with them.

The downside is that if you want to get in touch with the editors of the publishing house, they are all concentrated in Paris, and it takes a little time and money from Angoulême. 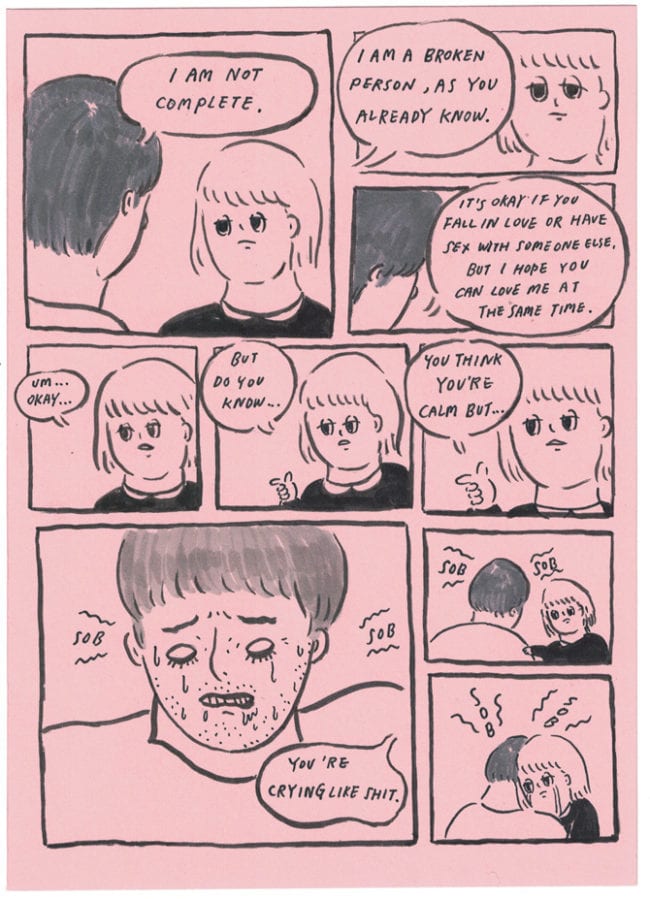 I have many independent cartoonists from Taiwan. Now more and more people choose to use comics as a way to tell stories, but our market still can't support young creators to concentrate on comics, most of them. The creators still need to live in other ways (such as taking business illustrations, designs, or other work that is not related to comics). Although the pace of progress is very slow, Taiwan is still committed to the development of comic culture. For example, the opportunity for me to come to Angoulême in the village is the help from the Taiwan government. I hope that in the future, comics will become the main elements of Taiwanese creation, just like painting, Illustrators are the same as other ways of creating art. 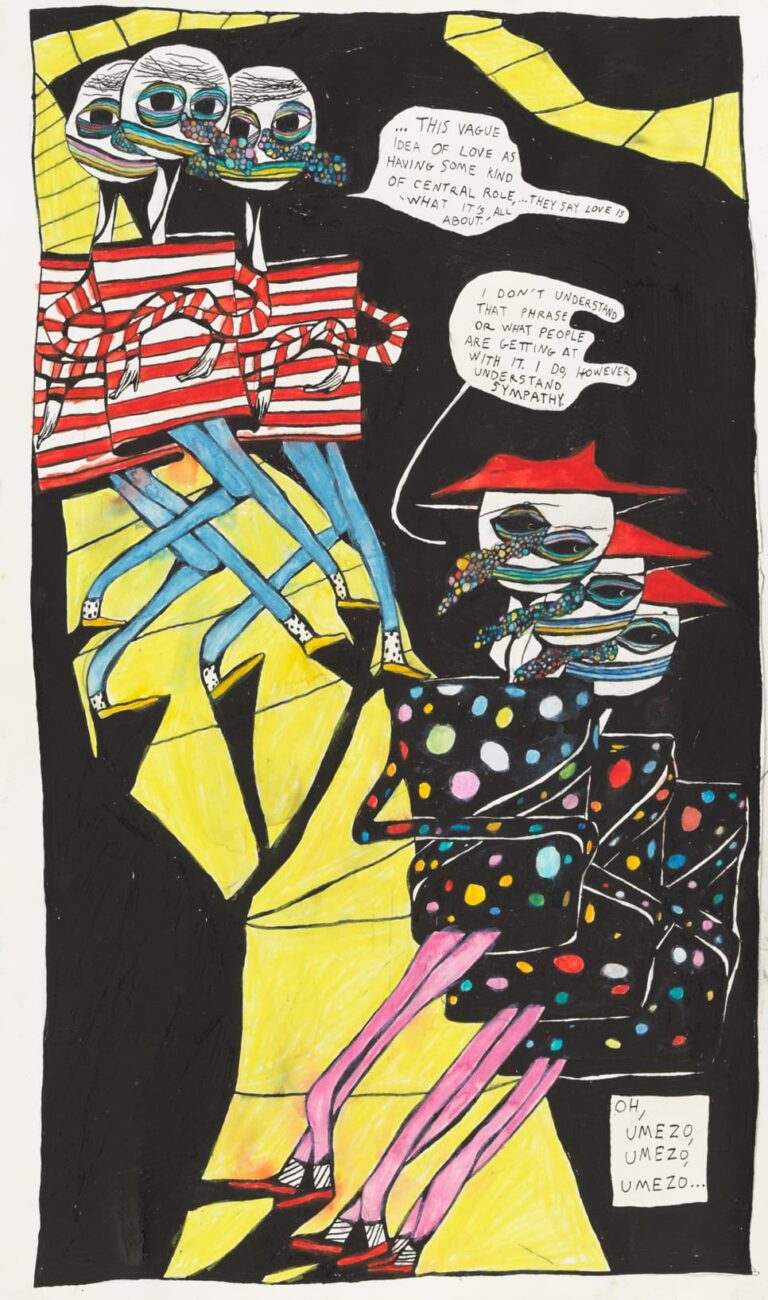 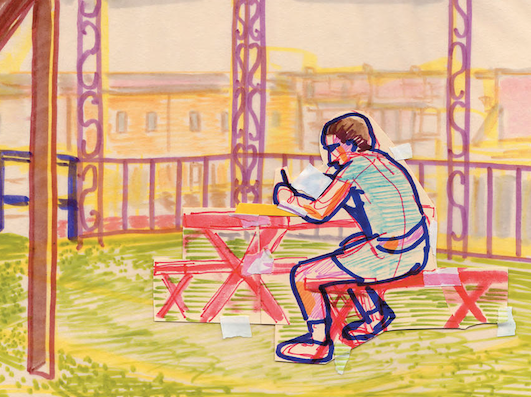