We have sad news for you this morning, as the seemingly universally well-liked cartoonist Joe Kubert has passed away. Kubert's biographer Bill Schelly has written the artist and Kubert School founder's obituary for us. An excerpt:

Born Yosaif Kubert on September 18, 1926, in what was then southern Poland (now Ukraine), his family emigrated to America when he was an infant. The Kuberts settled in a Jewish ghetto in Brooklyn known as East New York. Inspired by the colorful Sunday newspaper strips, Kubert decided at an early age that he wanted to be a cartoonist, and by 1939 he was working in the comic book production shop of Harry “A” Chesler in Manhattan.

Kubert received his only formal art training at the High School of Music and Art in New York City, a school for artistically gifted youths. Most of his training was “on the job” from such legendary comic book artists as Mort Meskin, Charles Biro, Irv Novick and others. At 14, Kubert was assisting on “The Spirit” in Will Eisner’s studio in Stamford, Connecticut.

There are many memorials to the man already posted, and more to come. Mark Evanier and Stephen Bissette have two of the more substantial up right now, and Tom Spurgeon has collected just about everything in his usual "Collective Memory" feature.

This is also the first day on the site for our latest Cartoon Diarist, Noah Van Sciver. Entry one is here.

—I know I promised to weigh in on Dan's controversial Kickstarter/SP7 blog post, but it seems to me that at this point, more or less everything to be said on the matter has been said. I finally did find a comic that more or less perfectly encapsulates my views on the whole thing, though.

(I actually do have an opinion, but it's a boring one: Dan's thoughts on the historical problems evident in that Kickstarter pitch were right on, but it would have been a more effective example if he could point to the finished product. Some of the rhetoric was over the top, but obviously so, because it was meant to be funny. The "comix" paragraph should have been cut. That people often "look like schmucks" in their Kickstarter pitches shouldn't be a controversial position. Otherwise, I have no real problem with crowdfunding other than to think it's worth exploring options before starting one, and it does seem like it's become a bit overdone. I don't feel so strongly enough to write a rant about it, though. And I think that's it.)

Finally, Matt Bors discovers a crowdfunding campaign bound to give anyone pause.

—Abhay Khosla has one of his typically insane comics reviews up, this time of Brandon Graham's Prophet.

—Paul Gravett looks at the under-loved comics publisher, ACG. Its most popular character, Herbie, of course deserves all the attention he gets, but there are lots of little-known gems in that company's back catalog, and man are they easy to get cheap in back issues. Wait, what am I complaining about? 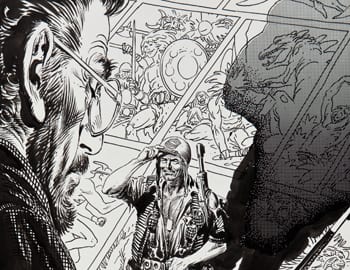 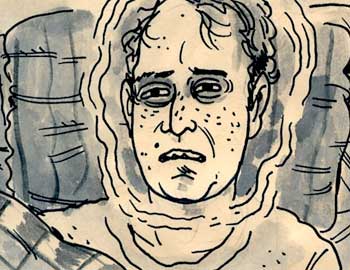