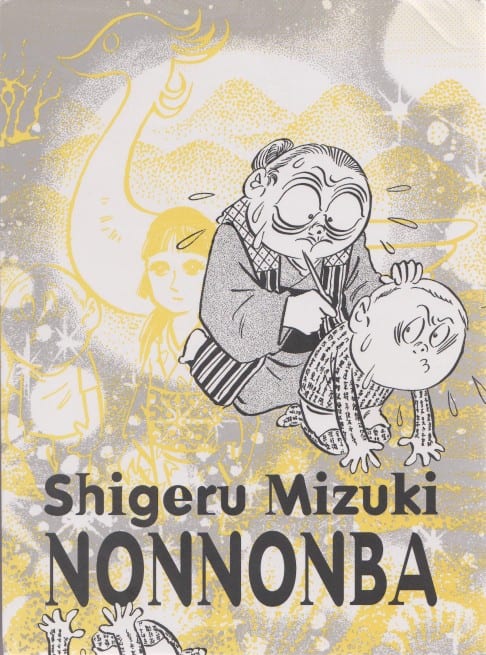 It's staggering the amount of comics work considered classic in Japan that remains completely unrepresented in English. But like the fossil record, the gaps continue to be filled, if slowly, and the translation market today is a wonderland compared to the impoverished environment of the decades prior. Into one such gap steps Drawn and Quarterly with NonNonBa, another release from cartoonist Shigeru Mizuki, an acclaimed and celebrated cartoonist who until last year was virtually unknown in English.

NonNonBa is a fairly unusual collision of genres: (semi-)autobiography through ghost story. The tension between these two aspects is present even in the three-page prologue, which introduce us to the bellicose boys of Shigeru Mizuki's youth, boys waging war on each other with sticks and rocks for small bits of territory in their town, boys swept up in the nationalism and insecurity of Japan in the early 1930s. Our viewpoint swiftly moves from this tumult to the artist at work, to the boy crouching over his desk at night, singing to himself, and imagining on paper the “hundred thousand worlds” he knows are right beyond the veil of this one, butting right up against the edges. And then, on the fourth and fifth pages of book, a double page spread of an image that won't recur for several hundred pages: two children and their elderly friend in a boat, looking on in shock at a sky full of great balls of scattering light. “The night Miwa was going to be sold her dead mother came to her—beautiful globes of glimmering light to see her off. There is something out there even if we can't see it...”

Mizuki's comics have so far been represented in English by a single release, 2011's Onward Towards Our Noble Deaths, which shares NonNonBa's status as fictionalized (with a “kinda-sorta” thrown in) memoir. But while OTOND focuses on Mizuki's war experiences, NonNonBa is centered on Mizuki's youthful experiences with the yōkai, Japanese ghosts. Mizuki is best known in Japan for his comics connected to the yōkai, mostly the long-running GeGeGe no Kitaro. So for contemporaneous Japanese readers NonNonBa would have served as an origin of sorts, insight into the background of an artist with a life-long interest in folklore of the supernatural. You might think that a memoir of the supernatural would present credibility problems for a reader not sharing the belief system of the author. But Mizuki is a cagey narrator and a massively skilled cartoonist, who understands better than most the ways in which a drawing can function as both a symbol of a thing and the literal thing itself. And so a reader such as myself, religiously skeptical of any claims for the supernatural, is still capable of reading these events as literal (semi)fact, and decoding them as the results of an incredibly imaginative young man with influences in his life that persuade him to view the world through the lens of the mysterious. This is no mean trick for a comic that literally depicts various ghosts and monsters on the page as active agents in the story. 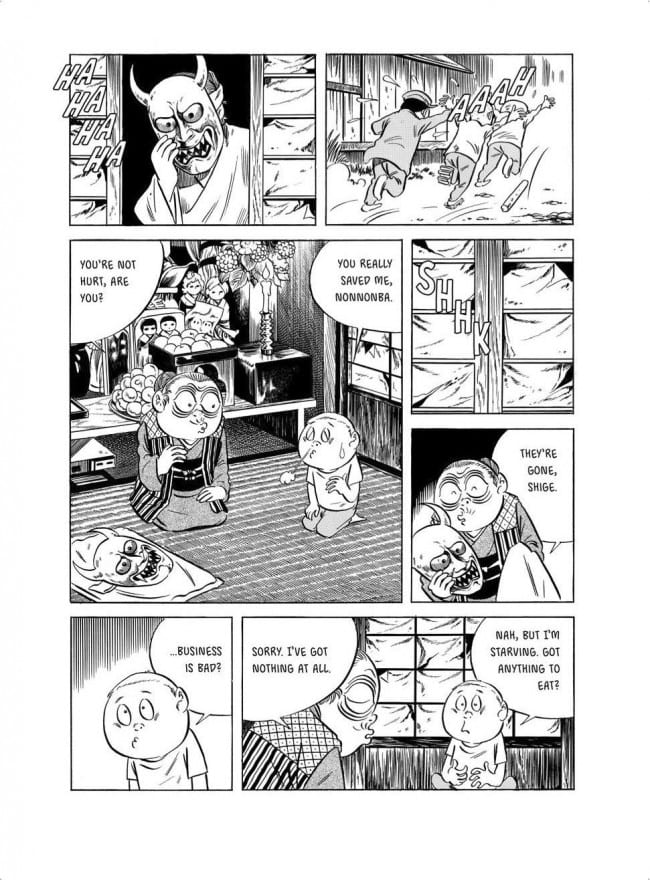 The biggest influence in the young boy's life is the title character of the book, “Grandma” NonNon, an elderly neighbor whose matter-of-fact discussion of the occult alternately fascinates and terrifies young Shige and his brother. Throughout the episodic structure of the book NonNonBa is there to help Shige navigate not only the supernatural world, but also trying encounters with isolation, loneliness, jealousy, and even death.

Shige's parents are drawn much more broadly than the nuanced NonNonBa. Shige's mother in particular has one harsh, shrill note through the early portions of the book, not dissimilar to supporting characters in Dickens's books, there to provide color rather than a nuanced portrait of a human being. It's significant that when she does change, that change is a shift towards modernity, and an opening culture: embracing her husband's dream of bringing culture to their small town via the cinema he has opened. Although the clash of the old and the new is never the up-front conflict in the book, this changing culture that acts as the back drop for the book, allowing the yōkai themselves representing at various times the mysteries of the natural world, the irrationality of nature, and the older culture of Japan itself.

The high-relief contrast between caricatured figures and photo-referenced and lavishly rendered backgrounds of OTOND is exploited in NonNonBa, to clearer thematic effect. Mizuki's flexible figures, rendered with supple tapered lines, resemble radishes or monsters as much as people. This they have in common with the yōkai, which are alternately grotesque and fantastic, but always seem alive and moving and real. The backgrounds, doubtlessly rendered by an army of nameless assistants, never collapse into the cold impersonality that typifies much similar work, but are instead lush and lovely, and seem all the more appropriate for a book with a setting that no longer exists in the world. 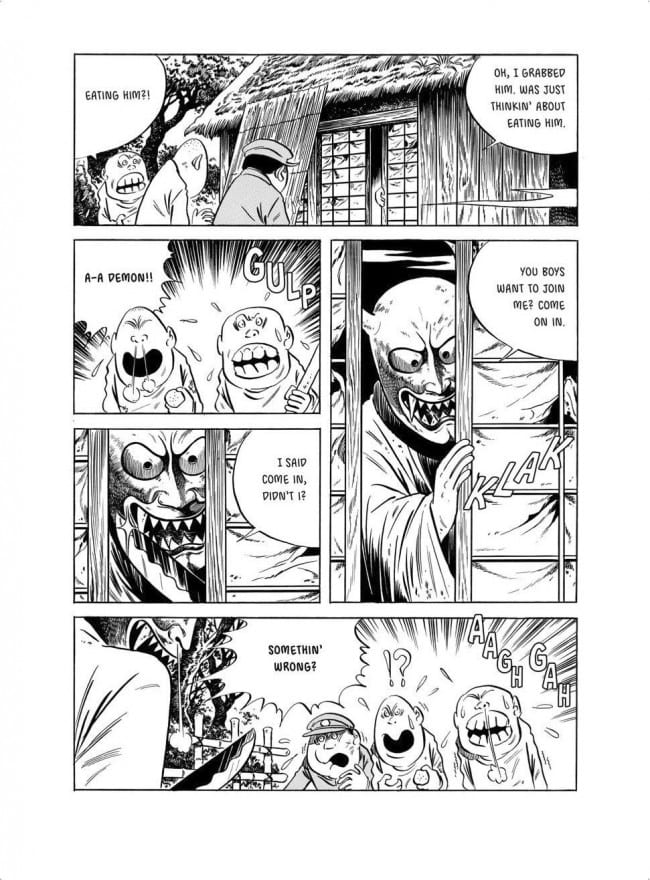 If only the same could be said for the adaptation. It's a shame for a book so visually lush to be saddled with a single font for every sound effect in the book, a font that reveals awkwardness and digital artifacts at its largest sizes and deadens the visual impact. The translation is thankfully free of the anachronisms, errors, and confusion present in OTOND. But it also lacks the fluidity of prose that one might hope for in an exceptional translation—in short, good writing. More basic failures, including little historical context or info on prior publication, and awkward digital lettering that fails to conform to the shape of word balloons, suggest a lack of attention to detail.

Fortunately, the art reproduction is beautiful, as is the (uncredited) design work. And the book itself manages to be both strange and grand, and in the right moments somehow understated. The closing sequence especially would present opportunities for theatrical enlargement, but Mizuki wisely avoids this temptation and lets his story straddle that far more interesting line between the flamboyantly supernatural and the quietly human. 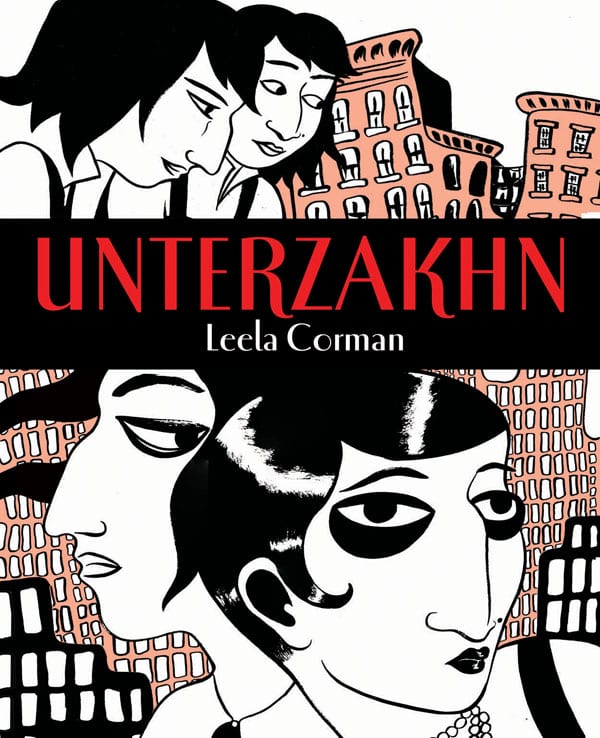 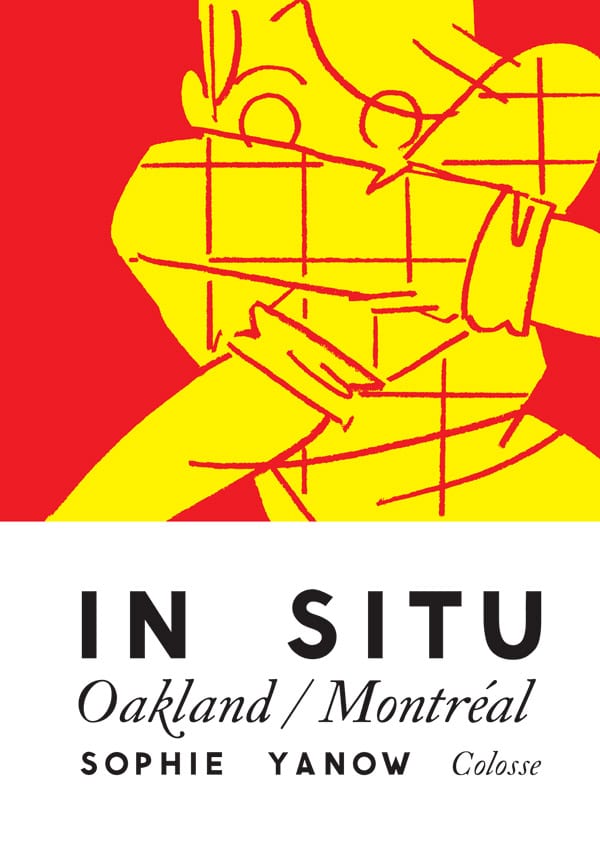