I've been talking to some of the pioneers of risograph printing recently, uncovering fascinating stories about how this technology entered the scene and how it continues to influence it. Some say that it all began with Mickey Z, so I spoke to her first and then kept following the clues.

I'm continuing this series now with a conversation with the great John Pham (check out his Epoxy comics HERE!)

Santoro: Tell me about your current copier set up - what machine(s) you're using. From your Instagram I can only tell so much... Do you have the copier at home? In the studio?

Pham: I currently have an MZ990, a dual drum setup. My first machine was a GR3750 which I frankensteined with a GR3770's master-making assembly (my Riso tech helped me do it) to get the max 600dpi output. I sold that one and only use the MZ now, which I keep in my garage.

Tell me about this legend I've heard: you created your own brushes for your process? You may be giving away trade secrets with this answer - however, I'm curious: Can you walk a layperson through your process of "Photoshop and the risograph talking to each other" or at least the process that Ben Jones refers to in this interview?

It's pretty simple and 100% super boring. I basically examined scans of a lot of my wet-media-type pen and ink drawings and tried to reproduce them faithfully as Photoshop brushes. I have sort of an insane comics process in that I can only take sips and fragments of work time whenever I can because of my ridiculous day job and personal life. I do a lot of the work digitally wherever I may be. So it's important to me to have Photoshop tools that still feel like I'm drawing using a rapidograph or hunt 102 dip pen on bristol board ... and now you're falling asleep.

As for how I get the color mixing and "airbrush" effects, it's all a combination of adjustment layers (which I learned from working in animation); a p-shop airbrush set to "dissolve" (which I learned from Dan Zettwoch who I think might've gotten it from Chris Ware) and converting all my solid colors to diffusion dithered bitmaps. It gets a little involved and would probably require its own sort of tutorial lesson, but that's essentially it. And of course these are just tools and techniques anyone can learn - what you do with it is something else entirely.

When I got my first GR it really was much more of a challenge getting my files and my Riso to talk to each other, and I think that's what Ben's referring to. This was about 6 years ago and I had to do a lot of experimenting and trial and error to figure it out. The solution ended up involving connecting my RIP (even getting the RIP was a challenge) with an older version of my Mac's OS (which had to be run through an emulator), with the appropriate postscript driver file. All really exciting stuff! But it worked, and that's the workflow I ended up using for the first issue of SCUZZI and Epoxy 4. Anyone out there still awake?

What is your risograph origin story? I assume you were interested in printmaking before you discovered risograph printing.

I think the first Riso printed zine or comic I ever saw was something Ryan Cecil Smith did (maybe an old issue of SF Comics?) I was definitely intrigued by the quality of the image and the use of spot colors. This might've been around 2010 or so. I'd messed around with colored xerography (back when old copy machines had colored toner options) and screen printing, but those were either not DIY enough (in the case of colored toner xeroxes; you had to find the rare machine that had them) or too DIY (screenprinting was too labor intensive for me to do anything but prints or covers). I found a machine on craigslist in 2011, purchased it, and over the course of the next few years figured out a lot of the technical stuff before I was confident enough to use it to make Epoxy 4 in 2014.

I've noticed risograph printers have "meet-ups," little fairs and conventions. I imagine it is like any other subculture, however this one interests me because of the direct connection to book making. It reminds me of zine culture and comics fandom in a way. Can you speak to how risograph printers are different than other printers, beyond obvious differences in materials?

I've got a lot respect for the other Riso printers out there, folks like Mickey Z, Colour Code, George Wietor and Sarah McNeil. I'll be the first to admit that I'm a really sloppy and brutal printer. Printing my books is one of the last steps in my process and at that point I'm usually pretty sleep deprived and grouchy. So I kinda just shove the books through the printer and try to troubleshoot as I go along. This sort of urgency probably creates its own aesthetic but I'm definitely not as knowledgeable or precise as a lot of the printers mentioned above. I think the differences between riso printers and other kinds of printers is pretty negligible, but they're likely to be more inclined to focus on holistic book making than, say, just prints and covers.

Personally, I am fascinated with how risograph printing has changed making color comics. Before risograph was around the choices were expensive offset or expensive print on demand. And often dealing with those printers was difficult. The riso printers I have engaged are not faceless sales reps on the phone who have no experience making comics. So riso printers and their enthusiasm for the materials has reinvigorated the small press scene - which has drifted into "book publishing" (like giant offset press books) - and I was hoping you could speak to that. How has it changed from even 2008 or so?

I can speak from my experience as an artist who happens to print and self-distribute his own books (essentially taking projects from cradle to grave). Getting a risograph really reinvigorated my process and interest in making comics work after a long break. Around the time I had purchased my first machine I was undergoing a slow moving career crisis: it had been a couple of years since Sublife Vol. 2 and I had taken a bit of a detour to do some painting as well as exploring job options in animation. Risography got me thinking about committing to that special misery of creating comics again. I was excited about the tactile prospect of actually making the books as well as experimenting with format and making dumb little inserts and stuff.

And it's been pret-tay, pret-tay good so far. The process has been gratifying and I think I've sold around 3,500 copies of Epoxy 4, which is wild according to my meager standards. All without any real promotion on my end, and mostly through word of mouth or the occasional online review (for which I am super grateful!). So yes, please spread the word, it literally helps me pay my mortgage.

Can you talk about how the riso mimics ways you used to work which may have been harder to achieve? For example I can think of some earlier "spot color" work you may have done that was not riso. Can you talk about how that earlier work was different, beyond simply the process used? When I did spot color work in the past it was like pulling teeth to explain it - but now I can use risograph technology to explain spot color work of the past...

I'd always been interested in a lot of old, pre-digital printing processes, especially stuff that wasn't necessarily cmyk-based. Suiho Tagawa's Norakuro was definitely an influence in terms of aesthetic, along with any number of other assorted post-war to '80s era manga. I just like the look of a color laid down purely as what it's meant to be vs. a combo of colors pretending to be something it's not. And when I do mix spot colors, I like being able to discern their component parts separately. It's something I've been trying to achieve via the offset process for a while (I'm still figuring it out) but have been able to get to it a little better using the Risograph. 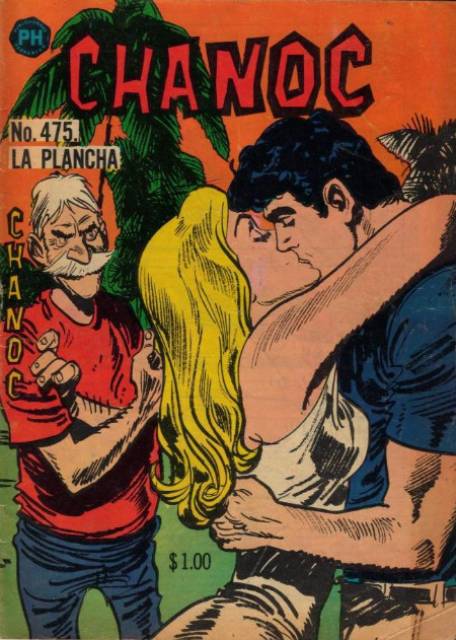 Of Sea and Jungle