Risograph. What is it? Where did it come from? Most of us comics makers never really even heard of risograph until 2009 or so. Recently, I was noting to a friend how much better looking most risograph printed comics look than most "print on demand" or even most offset printed comics—and how prevalent the use of risograph has become. We tried to think about the first risograph printed comic we saw--what it was and when it appeared. It was then that Providence-based comics maker Mickey Zacchilli's name kept popping up. Many of the people I interviewed for this series mentioned Mickey's comics printed with a risograph as an inspiration, and then they all seemed to have gone on their own risograph research and development program. So I decided to go to the source and asked the great Mickey Z to fill us in... what really happened? Read on below.

This series is going to be an  attempt to document the loose use of risograph in comics in the last few years, 2009 to the present. I've interviewed Mickey Z, Jesjit Gill, and Ryan Cecil Smith so far. They all have fascinating stories about how this technology has upended small press publishing in a positive way and allowed a middle ground between cheap digital on-demand printing and expensive offset printing. Check out the homepage of Issue Press--a great resource website--where I learned a lot about what risograph is and risograph is not.

Here is my interview with Mickey Z. (Buy Mickey's book here at Youth in Decline):

Santoro: Mickey, legend has it that you were one of the first makers on the comics scene in the States to use a risograph. Ryan Cecil Smith mentioned to me that he got interested in using risograph because he heard you and Ryan Sands were using them - can you talk about your "riso origin story"?

Zacchilli: I think maybe I was one of the first people to be at small press comic shows with riso-printed comics. I don't remember what year that was, maybe 2009-2010? I feel like I was either at MOCCA with James Kuo, or at SPX with Jacob [Khepler] of Mothers News and James Kuo, when I first had riso-printed stuff for sale. Everyone kept asking me how I'd printed the comics. I kept telling them the honest truth but nobody actually registered what I was saying until a few shows later. I remember Ryan Sands either emailing me or asking me in person, "Wait, how did you say you were printing these again?" He got [a risograph] soon after that. I remember Chuck [Forsman] or Melissa [Mendes] (they lived in Providence for a second) emailing me to ask if they could hire me to print comics for them, and I wrote back saying sure, but it would probably be more affordable if they bought their own machine. Which they did!

The only reason I had access to a risograph in the beginning was because I was living at the Dirt Palace at the time, and Xander Marro (who had gotten a GR1770 because she had learned about riso printing at an artist residency in Belgium) was really nice and let me use hers (provided I didn't break it... which, I didn't!). Eventually I got my own (a RN2235ui).

Just for some more history, Travis Fristoe was printing up zines on a risograph well before me or Xander! He was a sweet and cool guy I met a handful of times. He passed away a few years ago.

Tell me about what machines you've used or are currently using?

I use an RN2235ui. It wouldn't have been my ideal choice if I had a choice, but it was affordable and well maintained and nearby! Like I said, it's a very reliable machine but the drums break very easily. I haven't figured out how to fix the drums yet, although I've been meaning to figure it out for a long time! They used to be very easy to get for cheap because nobody had this machine. Not so much anymore!

Did you go to school for printmaking? I assume you were interested in printmaking before you discovered risograph printing.

I did go to school for printmaking. You are correct in that assumption.

I've noticed risograph printers have "meet-ups," little fairs and conventions. I imagine it is like any other subculture, but this one interests me because of the direct connection to book-making. It reminds me of zine culture and comics fandom in a way. Can you speak to how you think risograph printers might be different than other printers beyond obvious differences in materials?

I don't really know, I've never "met up" with risograph printers besides the ones I am already friends with. I've never gone deep with anyone in terms of the machine itself. Once I was on a panel with Ryan Sands and Ryan Cecil Smith at CALA 2015 about riso printing, but I am kind of the most boring riso printer out there, to be honest. I like the riso because it is a fast, easy way to add a little bit of literal color to a zine that might otherwise just be black and white. I like to do the most amount of work using the least amount of time and effort. This is true of all my work, so it makes sense it would extend to the actual fabrication of things. Before the risograph, I used to just photocopy zines and screenprint the covers, and I liked that people really liked the screenprinted covers. The risograph is basically a faster, easier screenprinting tool. It's less special than actual screenprinting but still kind of extra fun. I don't really use it for any reason besides that reason (fast + easy + extra fun). I don't really consider it a "special" or "fancy" method of printing. Some people do, and I guess I can get that (especially in terms of RCS's work), but I don't feel that way and I don't want to feel that way about the stuff I print.

The stuff Ryan Cecil Smith does with the riso is really incredible and completely bananas, and I hope you interview him, haha.

Honestly I think every riso-printer is as different from another riso-printer as they are from every other self-publisher - like rocks on the beach. The difference between my approach and RCS's approach to the riso is a testament to that!!!!

Personally, I am fascinated with how risograph printing has changed making color comics. Before risograph was around the choices were expensive offset or expensive print on demand. And often dealing with those printers was difficult. The "pro" riso printers I have engaged are not faceless sales reps on the phone who have no experience making comics. So riso printers and their enthusiasm for the materials has reinvigorated the small press scene - which has drifted into "book publishing" (like giant offset press books) - and I was hoping you could speak to that?

Yeah, I think that riso printing really has opened up a lot of options for people in a lot of ways! Especially in terms of self publishing! I really prefer being able to do something myself if I can, when I can. I think it's important to keep the overhead low, because I think that books and zines are really important to offer to people at a price that is reasonable, that they can afford. I guess that's why I don't really like the "art chic" end of riso-printing, because it really is an affordable way to make a book or zine extra fun, and playing like it's "high end" or "high art" is unfair and also just not true. But who am I?

Anyway, I don't know how expensive a risograph is these days, and I also don't know if they are even that accessible or affordable anymore since they are in such high demand!

Can you talk about how you choose to print projects. I've heard about the ebbs and flows around TCAF or NYartbookfair - how regularly are you printing stuff...?

I just like to print stuff I think is fun. I used to print all the RAV comics on riso, a couple times a year. Youth in Decline has since collected all those comics, and I think Ryan (of Youth in Decline) will be publishing the subsequent issues too, since they are getting too long for me to easily self publish (I had to buy a super stapler to staple RAV #10, it was too many pages). I printed a couple comics I drew in a day (What Does the Garbage Man Say? & Haunted Forest) because it was fun to just draw straight onto a page and then just print them straight away, no funny business on the computer. Since then, I had been publishing the #1 comics Michael Deforge, Patrick Kyle and I were making. Those were just for fun though, too. I just like to have fun on the risograph I guess! Which is what I liked to do with screenprinting (one layer at a time).

Every time I go to a show I like to have a new thing, but I haven't made much stuff lately because I've been in school. I pay no mind to the NY Art Book Fair. I've been doing some online comics (I used to be a dedicated print-only person, since I went to school for printmaking, but since lately I've been thinking a lot about accessibility and affordability, online comics make a lot of sense). I'm no Michael DeForge but I try my best. 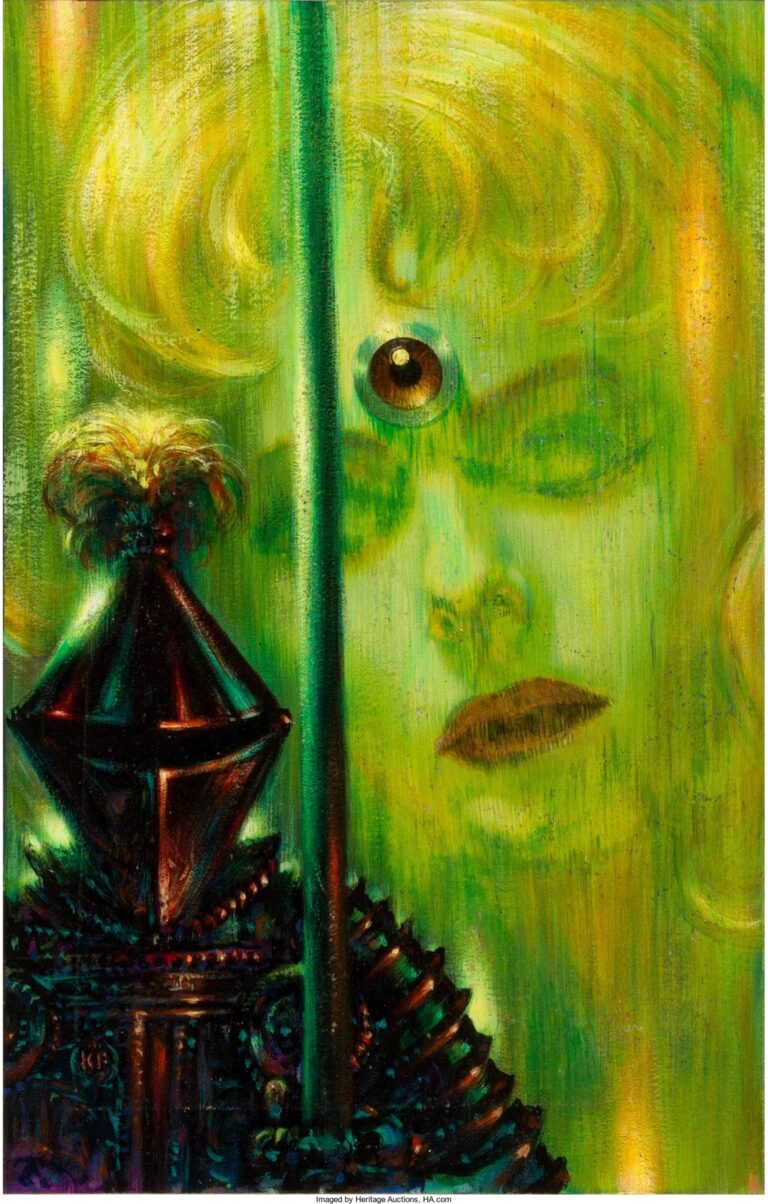 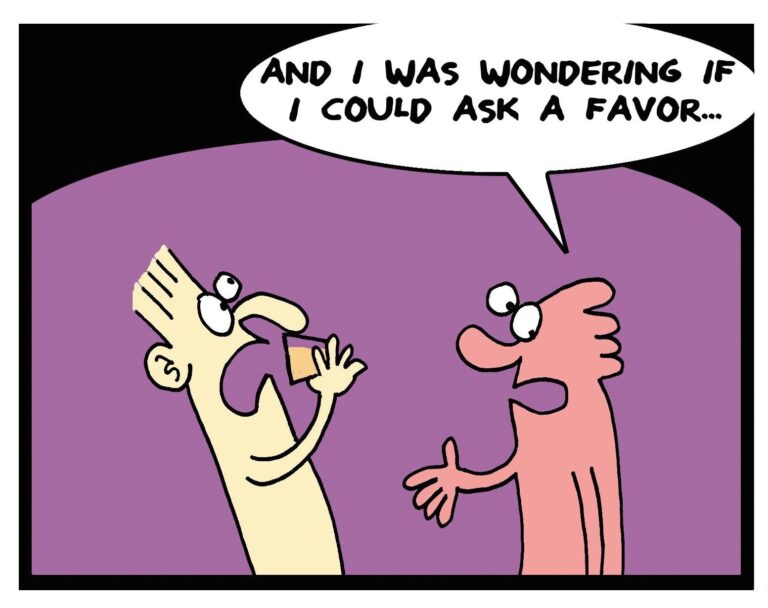