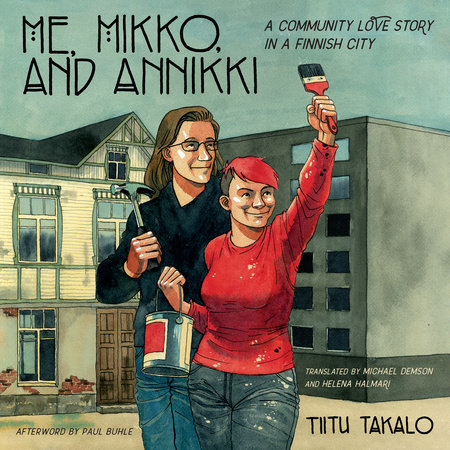 In an era when institutional memory is being lost at an alarming rate, one of the greatest services that art can serve is to help us remember.  Especially in America, where we can barely remember what happened during the last presidential administration let alone the early days of the republic, we are almost encouraged to forget about the history of even the places that we live, let alone the things we own or the people we have become. Gentrification means something different everywhere, but as Tiitu Takalo demonstrates so well, it's an especially acute problem in older cities, where the neighborhoods being disrupted and the history being endangered are older than some entire countries.

Takalo’s magnificent graphic novel Me, Mikko, and Annikki, published in 2014 but just arriving here via an English-language translation funded by a grant from the Finnish Literature Exchange, is many different things presented in modular sections of perfect balance, and all of them deal in one way or another with the crucial importance of maintaining a sense of history: of one’s self and one’s relationship, of the place one lives both broadly and specifically, and of the objects with which one surrounds one’s self.  It is a love story about her long-term partner, Mikko, and of how they met; it is a love letter to Annikki, the working-class neighborhood they fought to preserve, restore, and eventually live in; and it is a lovely history of the city of Tampere, in which Annikki is located. At one point, Tampere was the preeminent industrial center in Finland, and Takalo’s evocations of how the people who lived there changed – and stayed the same – is a particularly compelling thread in a book that goes from strength to strength. 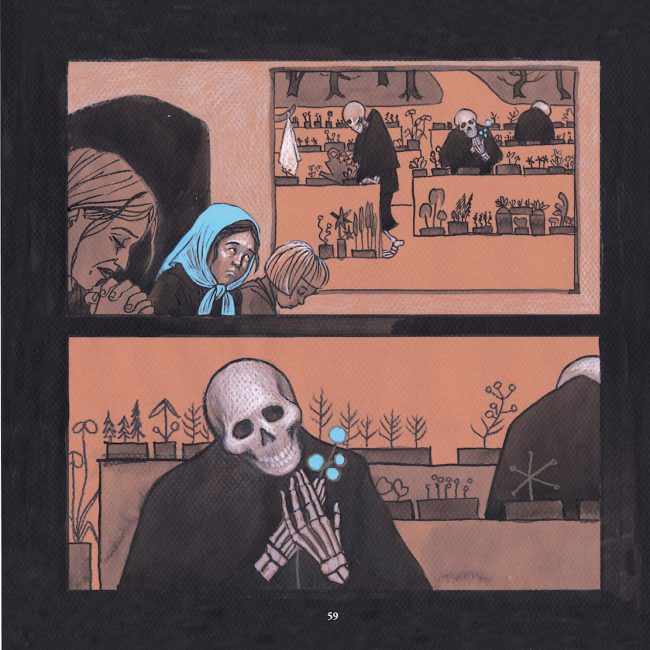 Finland is a mystery to many people outside of Europe, and even to many people inside it.  Often held up as a triumph of social democracy and a model of peaceful prosperity, but behind that is a bloody history of struggle and conflict. The left’s dominance of the government over the last century has never been a sure thing, and it came at the cost of many thousands of innocent dead when conservatives responded to growing socialist agitation with a White Terror that saw mass killings and political oppression. In telling the story of a neighborhood the size of only a few city blocks, practically miniature by American standards, Takalo makes sure we know all of this history. She also reminds us that, during the undertaking of the project to save Annikki and turn it into a true home for the people in her community, the primary obstacles were not capitalists, but the liberal government, who threw up roadblocks every step of the way – and that much of her country’s post-war prosperity came at the cost of massive petrochemical investment which resulted in the creation of the very society, obsessed with consumerism and glutted with disposable plastic trash that can never be re-used, that she, Mikko, and their friends are fighting against.

This entire intertwining history is told in episodic chapters that are laid out in brilliantly discrete sections that stand out from one another by the use of daring artistic choices, but never fight with each other, letting their different styles complement rather than conflict.  There is the story of Tiitu and Mikko’s romance, told in her usual colorful and natural style; and there is the dreary political process of zoning, planning, and bureaucracy that was necessary to make Annikki into the community it would eventually become, which is presented in archaic medieval faux woodcuts. (This is not just attractive, and necessary to make a fairly boring but necessary narrative thread visually engaging, but it’s also a neat way of reminding us that we aren’t that far removed, socially, from the feudal systems that used to govern us.) Tampere’s recent history is told in starker illustrations dominated by faded monochromes, bright reds, and wistful sepia tones. A biting critique of consumerism appears in bright, popping television colors, as if it was a layout for a TV commercial, and the occasional map looks like something out of a fantasy novel or an ancient scripture. There’s even a cute bit about dumpster-diving and freecycling, told through talking heads and a series of static shots of a pair of boots. 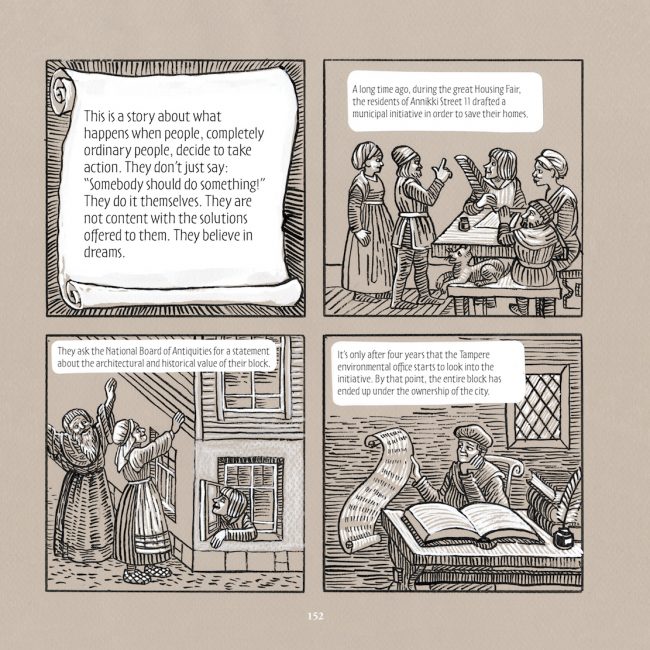 One of the most important aspects of Me, Mikko, and Annikki is that it’s not just about the two people in the title. Over and over again, Takalo emphasizes the community aspect of what they have done: how the places they chose to live were once apartments where three times as many people were forced by circumstance to reside; how knowing that people once kept possessions throughout a lifetime because they had great significance or value, and were too expensive to easily replace, made her more mindful about what to keep in our disposable culture; about how the very process of saving the neighborhood demanded endless meetings, backbreaking labor, and a dearth of free time, and put one on constant proximity with the neighbors, who could be a source of great frustration when there were disagreements, but also of huge comforts when the work was finally done. Near the book’s heart-swelling conclusion, she looks back at this long, often treacherous history, and thinks how her happiness could have been derailed not just by historical circumstance, but by one person deciding to give up, to quit fighting, to not do what needed to be done in order to forge this unique and beautiful community. It is a living reminder of how we, as individuals, have the power to remake the circumstances of our everyday lives only if we remember how we can only accomplish this by acting in solidarity. 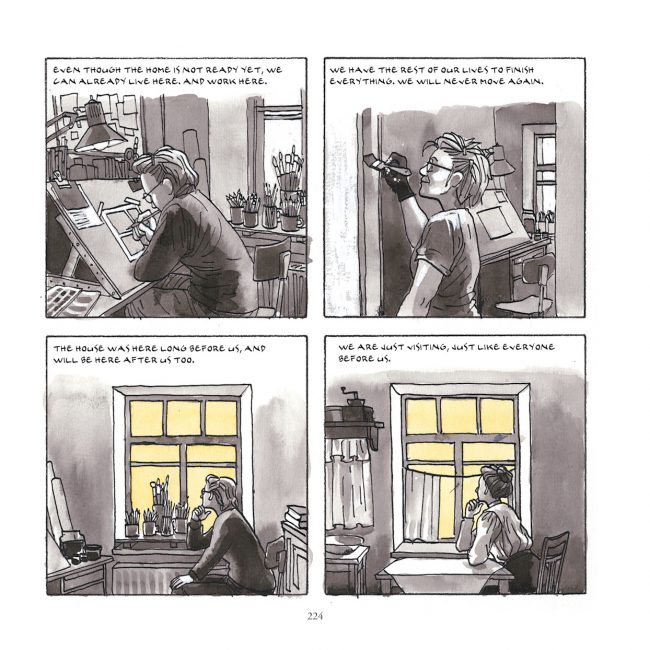 It’s impossible to truly know how a comic might have fared if it was published in the English-speaking world. Takalo is one of the most celebrated creators in a country with a rich and thriving comics scene, and Me, Mikko, and Annikki is one of the greatest works to come out of Finland, or anywhere else, this decade. If it had first appeared in America or the U.K., it likely would have instantly made its presence known on critic’s best and top ten lists. But books of this quality have a way of penetrating circles they weren’t designed to be in, and I hope this proves to be one of them. It’s moving, wholesome, touching, and inspiring in a way that never panders; it’s beautifully presented, using old and new comic art techniques blended seamlessly together; and it’s a work of smart, historically informed agitprop that shows us, at what we are too easily convinced to think of as the end of history, that we have the power to make our lives something other than what is presented to us as the natural state of things. It is exactly the kind of book so many of us need right now, and I hope it finds us. 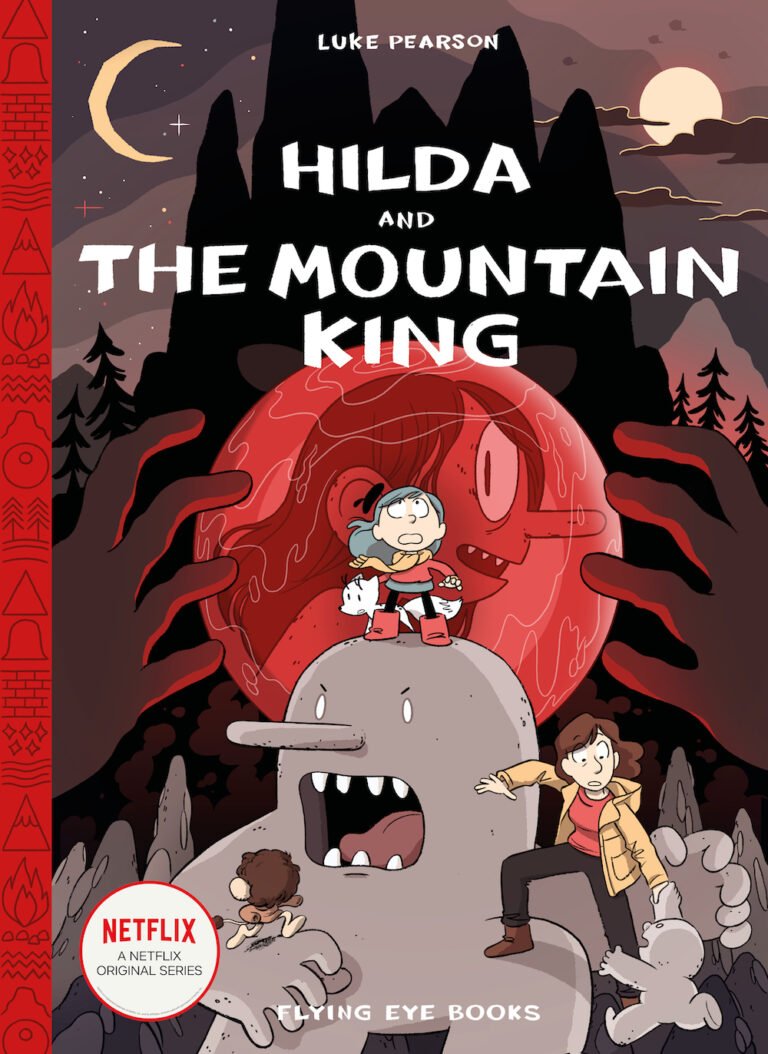 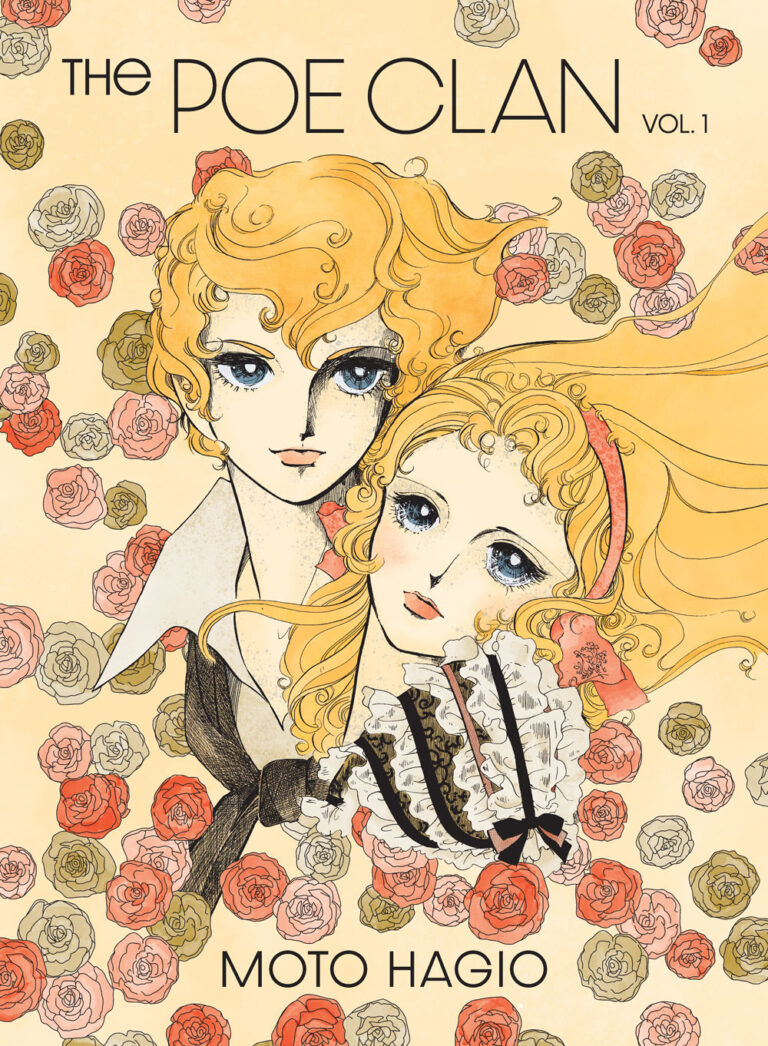