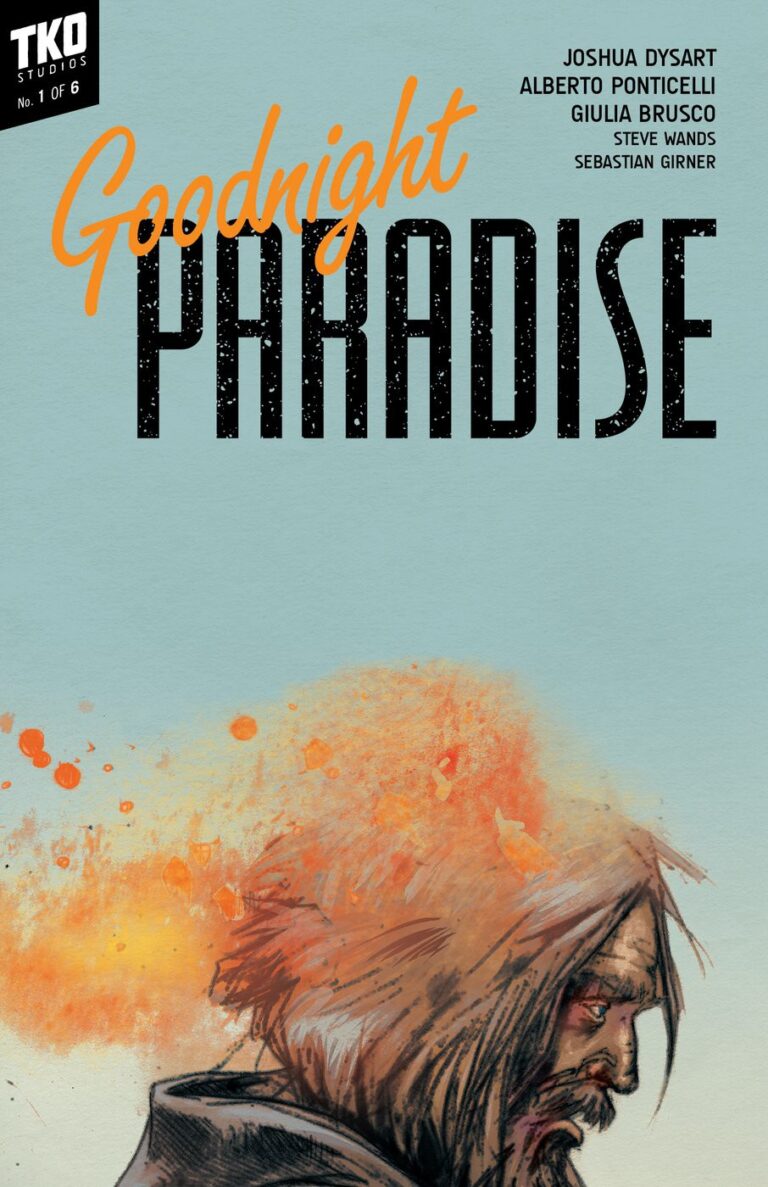 Goodnight Paradise is a noir story written by Joshua Dysart, drawn by Alberto Ponticelli, colored by Guilia Brusco, lettered by Steve Wands and published by TKO Studios. That last one means you probably already know what it’s going to look like. Most TKO book so far has been a six-issue miniseries slotted rather snugly into a familiar genre – war (Sara), science fiction (Sentient), horror (Redfork). This sort of uniformity of presentation often reads to me as rather limiting on the degree of creativity allowed to the creators, with some books feeling bloated in their attempt to fill-up the six-issue space with their premise. Goodnight Paradise is their noir book, a murder-mystery set amongst the homeless population crowding Venice Beach in California.

Let’s talk a bit about the writer a bit: Dysart has been doing work on what we would call ‘the mainstream’ side of the industry for over twenty years now, most of it on stuff that’s owned by others – a BPRD story here, a revival of an old Valiant property there, a Conan story or two. The thing he’s probably most known for to this day is a dark and gritty revival of the DC property The Unknown Soldier (no, not this revival, nor this one), which was also his first artistic team-up with Ponticelli. The image one gets from reading these details in the abstract is that of a journeyman writer, one who drifts from one project to the next without leaving much behind. But there was always something different about Dysart. He always seemed to care about his subject matter far more than others of his ilk. 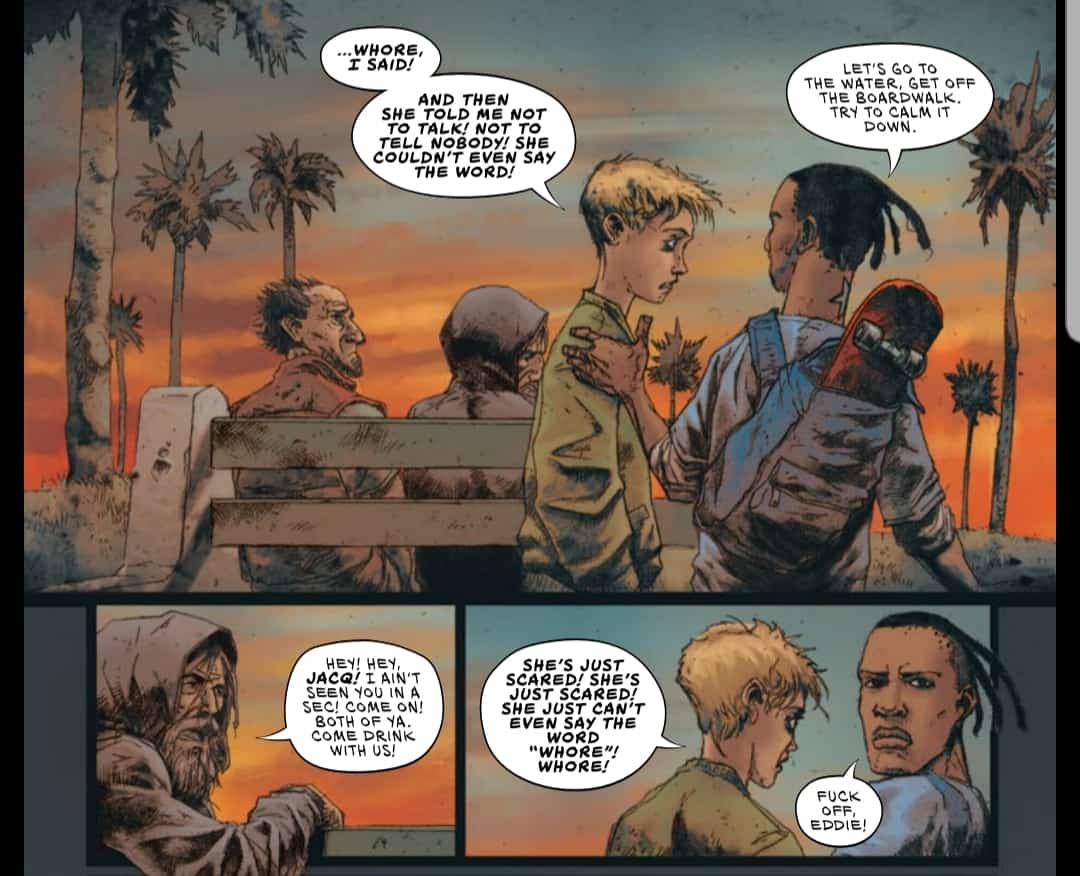 I won’t claim to be an expert on African geopolitics and history, but reading through Unknown Soldier one gets the notion that Dysart is (or at least, good enough at faking it for a layperson like me). His story doesn’t take place in ‘Africa,’ it takes place in particular countries in a particular time; it dealt with the affects and causes of the Lord’s Resistance Army long before Joseph Kony became a cause célèbre. Issue #21 of that series followed the ‘life story’ of a Kalashnikov rifle from its conception during World War II, through its creation during the Cold War and a seemingly endless cycle of violence as it passes from one hand to another. It was justly celebrated.

It could have been a gimmick, and in lesser hands it probably would have been. But the story never treated any of the human hands that clasp the rifle as disposable, they all have their reasons and reactions. It was never ‘just’ the story of a gun. It was a story of people, of a time, of a place, and all of that in a tight 22 pages.

There’s a similar level of empathy in Dysart's Goodnight Paradise. The homeless protagonist, Eddie Quinones, could’ve been a cliché; either a crazy bum whose existence is a sick gag, or some sainted savior who is so much better than the other people around him. He is neither, but instead feels like a fully realized human being. Just another American who has slipped through the (wide) cracks of the social network, but not without retaining his own sense of dignity.

A sub-plot of the story, and really the best part of the book, is Eddie’s impending meet-up with his son Jeronimo, The easy choice would have been to make Jeronimo’s obvious discomfort, followed by an eventual disappointment and rejection with his father into a one-note thing. Eddie is the center of the story, and the obvious underdog, so our sympathies lie with him. But Jeronimo’s reaction ends up being portrayed with equal sympathy; you can criticize him, but you understand him. Is this college-aged guy meant to save his father alone? How would he even go about doing that? Goodnight Paradise understands the systematic nature of the problem these characters face, that it is not within the power of young person to save someone (possibly with a heartfelt speech). The relations between Eddie and his son, and between Eddie and his small social circle, are the pumping heart of this book. It soars above the genre-box limitations of a ‘murder mystery.’ 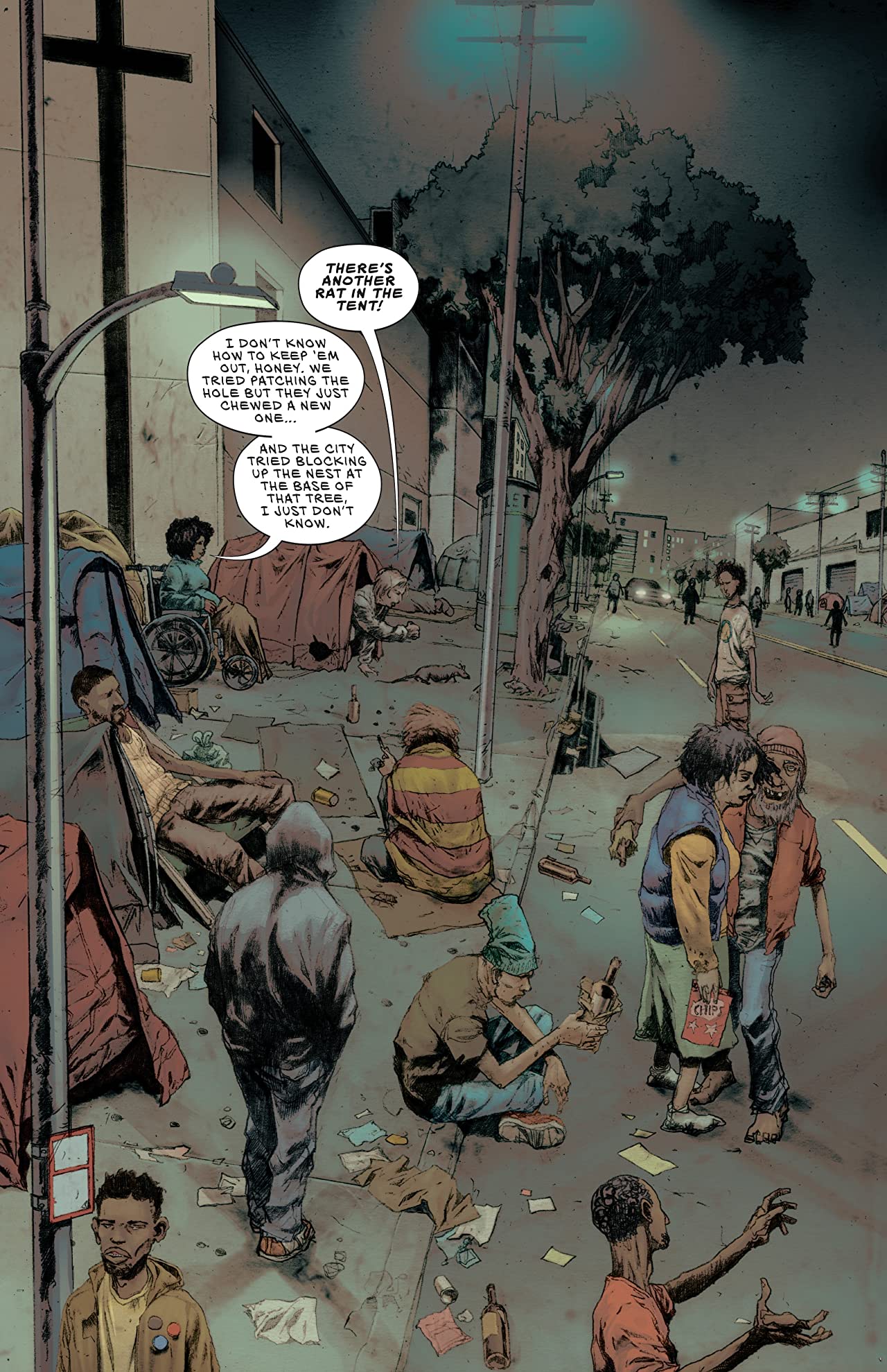 Which is good because the solution to the murder that started this whole thing, a young woman found in a dumpster, isn’t all that great. Oh, I’m sure it makes total sense, but as the killer explains the ‘how’ and the ‘why’ I found myself mostly disengaging from a book that I had been heavily invested in. It got too twisty for its own good, lost sight of the characters (its strong point) and became bogged down in the plot (its weakest one).

The other strong side is the setting. It’s a cliché to say ‘the city is a character,’ so I won’t say it. Venice Beach isn't a character, but it is an interesting setting, partly because it has not been overused to death like New York or Chicago or Boston, and partly because the creative team actually seems to look at the place as more than stylish grounds for a final chase scene. If you want to tell a story about the people who’ve fallen through the cracks you need to show how these cracks got there. For that, Ponticelli and Brusco are a pretty good choice.

Ponticelli has a loose and rough style for his pencils when it comes to characters, which sometimes gives them a sensation of being half-finished. This works well in the context of the rough-living people in this book, who actually look like they’ve been through shit, rather than extras from central casting. He also does good work in establishing scenery, building a sense of space without falling into simple romanticizing: we see the Beach both through Eddie's eyes, a place he could not let go of, graced with an eerie beauty, as well as through other eyes. We see the tents, the trash, the inequality... we see everything. 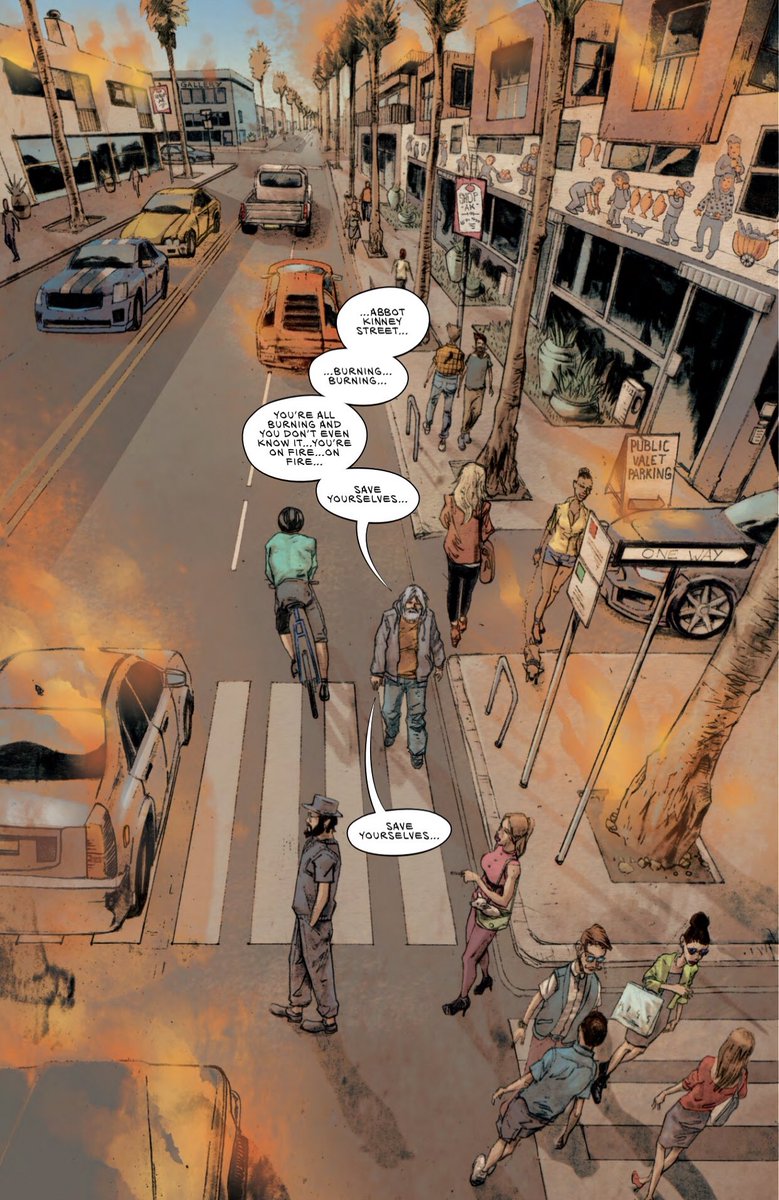 Brusco’s colors are better suited for the scenes that allow the scenery a flight of fancy or two: a shot of glowing bicycles riding through the haze of night and drunkenness, an image of trees burning, the slow drop of the sun bathing the world in orange glow… the rest stuff is decent, but sadly often goes for a repetitive sense of grittiness which loses some of the potential the book has to look special. I am thinking of the excellent color choices in Rich Tommaso’s Dry County: why go for ‘realism’ when you can go for ‘good looking’?

Still, if Goodnight Paradise fumbles and falls it does so in the spirit of its protagonist. This book cares, perhaps a bit too much, in an industry and world that often constantly in search of a hook or an angle, sometimes it’s worthwhile to read something whose first interest is in how we live our lives. It’s better to care too much, than to not care at all. 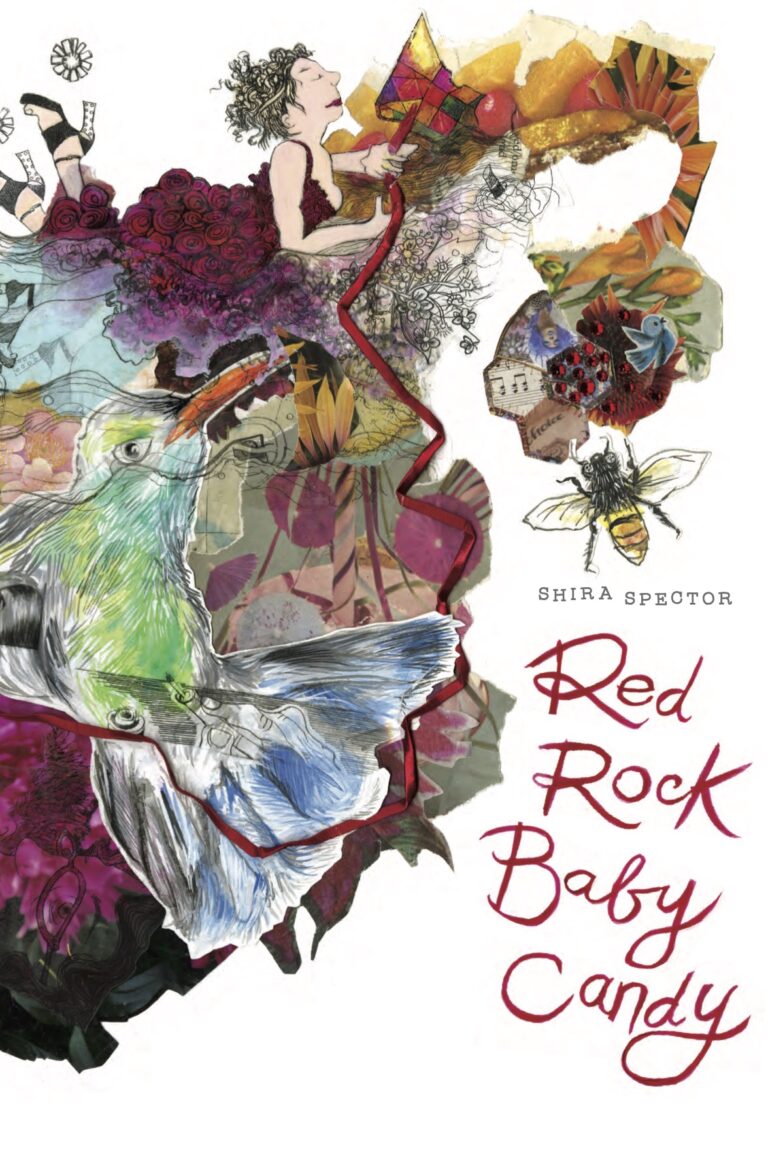 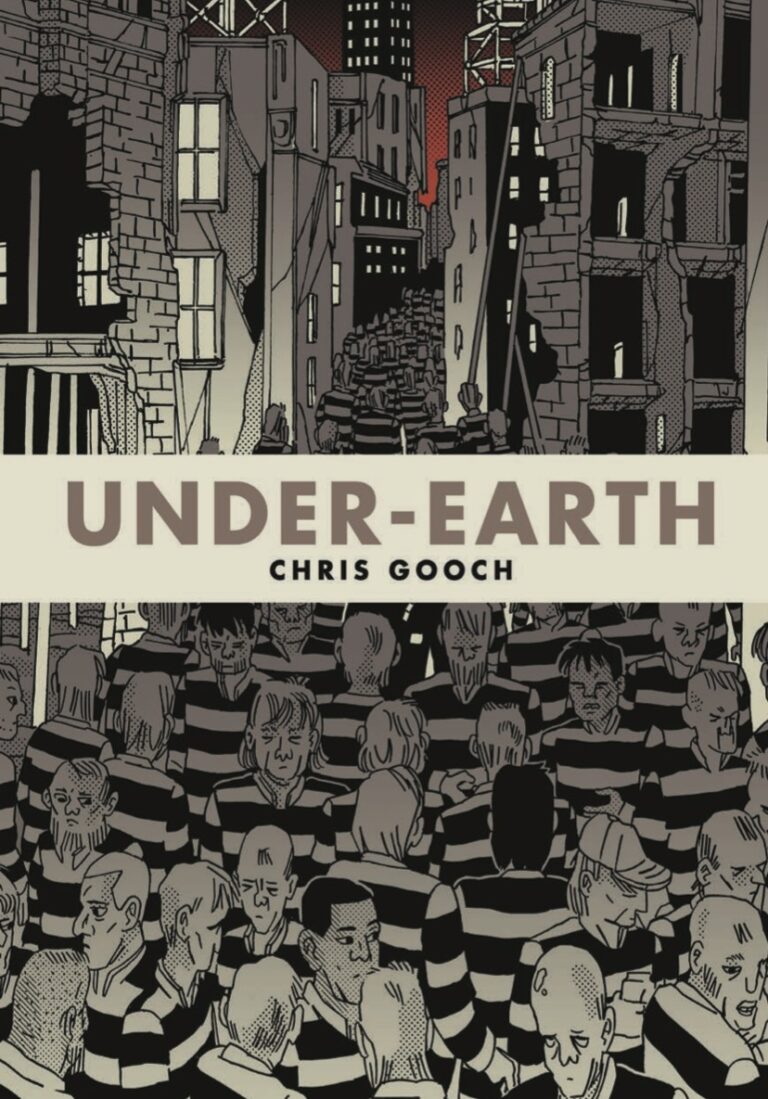