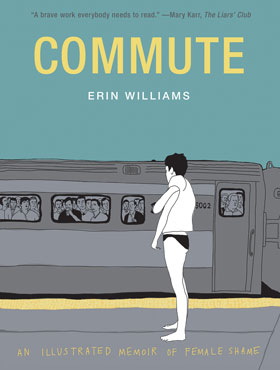 Erin Williams’ Commute is a welcome comics contribution to the #MeToo movement. It’s a good companion piece to the Diane Noomin-edited anthology Drawing Power, and I actually scanned through my copy of Noomin’s book to see if Williams might have had a piece in it. (She doesn’t).

As Virginia Woolf does in Mrs. Dalloway and Christopher Isherwood in A Single Man, Williams’ narrative takes place in a single day, chronicling her train journey from home to her workplace, her day at work, and then the ride home. But within this ordinary day is a lifetime of emotions and experiences. Throughout every quotidian activity, Williams does a deep dive through a myriad of memories and past relationships; readers are made privy to both her witty and/or withering observations, as well as her painful regrets. Eventually, her thoughts focus on her pre-recovery alcoholism, then zero in on the sexual traumas she has suffered.

Williams’ ultimate subject is the misogyny and female objectification in our culture and the heavy psychic and physical toll it takes on women. Though deeply, even scathingly personal, Williams story has broader implications; her apt subtitle is “An illustrated memoir of female shame.” Part of me wants to say the book is more complicated than that, but Williams makes clear that female shame is pretty complicated. And she is very much up the task of unpacking it.

The narrative begins in deceptively innocuous fashion, delineated in Williams’ witty, sparse line-drawings. Waking just after 5:00 a.m., she checks her Instagram account, goes to the bathroom, and “spends a lot of time getting ready for work,” i.e,. doing a 16-step skincare and makeup routine. Williams lets all these little mundane details accumulate while folding in information of more serious consequence. While making tea, for example, she mentions that she stopped drinking coffee after she got an ulcer. And then, bluntly: “I stopped drinking alcohol because I’m an alcoholic.”

Walking her dog before heading out to work, Williams notes the white van idling outside an ordinary-looking house. The van is there every day. Sometimes the driver creepily pulls up close to her and whispers “hello” to her. She imagines a morbid scenario in which the driver shoots her and her dog, for possibly Knowing Too Much about what’s really going on at the house (she imagines there’s a meth lab inside). Imagining violence from such a man seems to come logically, and acts as a precursor for other thoughts she has in the pages ahead. Though she presents her thoughts as triggered by apparently random sights, Commute isn’t a wayward stream-of-conscience narrative (as in, say, Mrs Dalloway). Williams is very intentional about where her story is to eventually land. 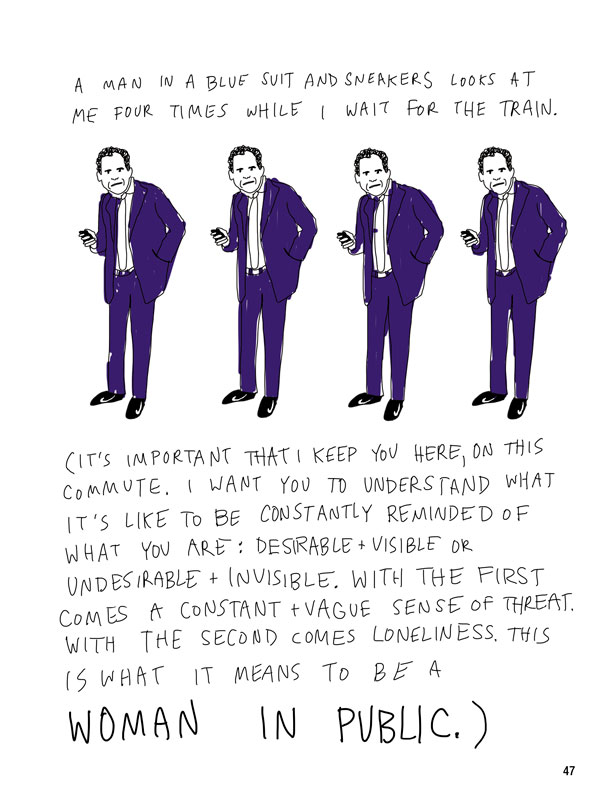 Williams introduces us to ex-lovers and paramours, few of whom appear to have been well-suited for her. Some are downright toxic, including a fellow named Jim. One night, while having (drunken) sex with him for the first (and last) time, Williams reveals that she wants the sex to be over; after enduring it for a few more minutes, she finally implores him: “Stop. I want you to stop.” His reply: “But I’m so close.” Here she demonstrates the power of visual repetition, continuing her narrative while repeating several times the exchange between her and Jim in black word balloons with white text, effectively driving home her sense of helplessness and fear­—along with Jim’s Me-First insensitivity. 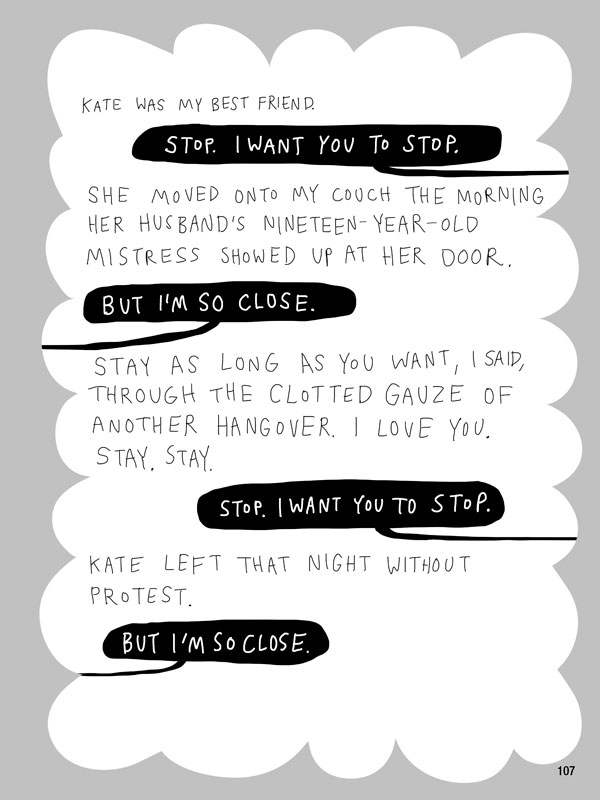 Williams shares other, worse, recollections: nights of getting completely plastered, of waking up with strange men, or waking alone with no memory of the previous night, and even the unhappy cliché of waking up in her own vomit. She is candid about her addiction and the self-destructive behavior it generates, painting a bleak picture of her pre-sobriety life: the toxic romantic relationships and blurred lines of sexual consent, including rape. She bravely probes and shares her own bad behavior, and its attendant guilt and shame. Her honesty is cathartic.

Williams also stares down the pervasive, poisonous messages of our culture and the body-shaming implicit in media and advertising: 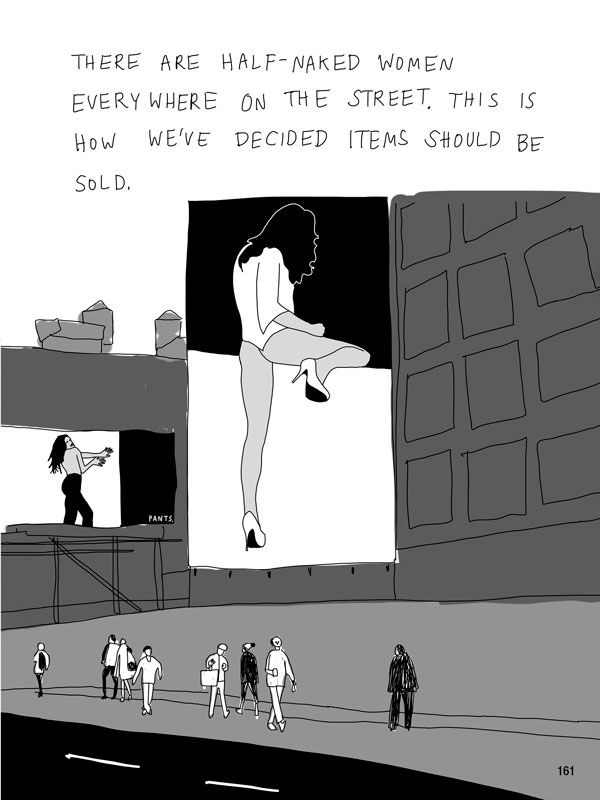 Williams reports: “I was never skinny enough,” then adds, parenthetically: “Ladies, this is a trap. There will always be too much of you—fat, noise, age— every way you take up space is undesirable.” Like women everywhere (and many men), Williams understands on an intellectual level that she must remain forever vigilant against internalizing these messages, but also recognizes her—our—susceptibility to them. In another example of her use of visual repetition, on page 16 she presents drawings of her applying makeup, noting, “The end result is supposed to be that I look like I’m not wearing makeup but am pretty.” Then on page 280 she presents the same drawings with entirely different, more pointed text: “We are groomed for compliance.”

Throughout, Williams displays a keen visual sense. Her drawings are mostly on the realistic side but veer off into cartoony expressionism on a whim (often using splashes of color for emphasis), which fits her digressive narrative perfectly. The hand-written text lends an appropriately immediate, diaristic tone.

At the end of the book, Williams delivers a powerful summation of shame and what it costs women: “We women doubt the reality of our own experiences. The culture that defines us grabs onto the question of consent so that all other abuses of power are still at play (…) Our trauma becomes our shame.” By telling her story with often brutal self-transparency, she fights back, speaking up not only for herself but for other women: “We tell our stories to bear witness to one another’s suffering…and to antagonize a status quo that invalidates our existence.” Commute is a formidable, defiant statement of vulnerability leading to strength. 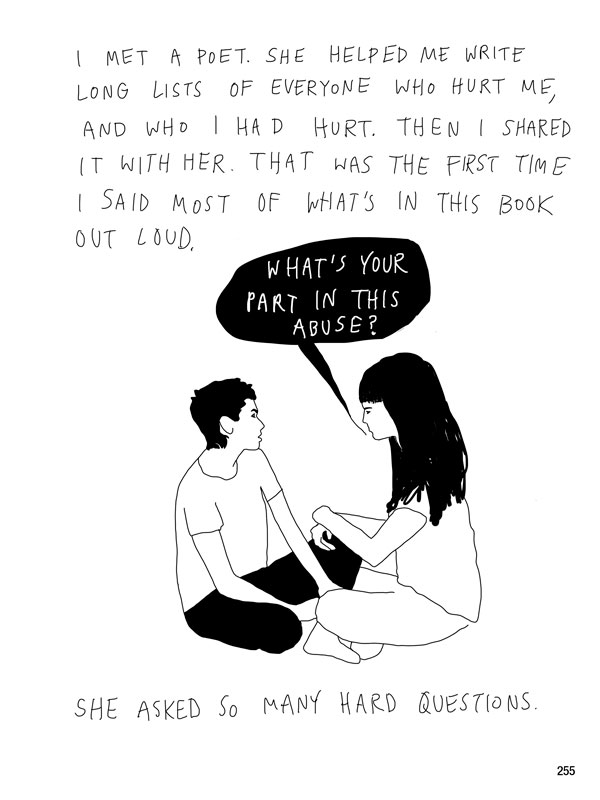 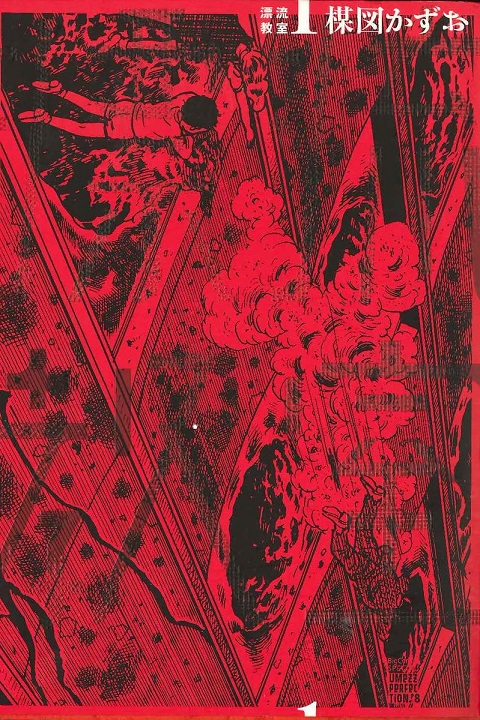 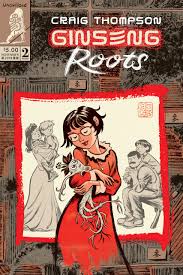