Here I am on the road. Again.

New Mexico, Colorado, Kansas, Missouri. Nothing is sadder than traveling east on Interstate 70 when you leave colorful Colorado and the mountains and enter the dullest part of the entire country. Kansas was a perfect choice for the black and white real world in The Wizard of Oz. Hazy white at the edge of the horizon like old film. No color. No real blue in the sky. No shadows. No mountains. No turns. I fell asleep at the wheel and it didn't matter cuz it is so flat and straight.

Driving home to Pittsburgh for family emergency. Long story. Usual story. All good. Made it to St. Louis and Kevin H's house. Within an hour there are boxes of mini-comics strewn all over the floor and we pick up our conversation from the last time I was here.

Now I'm at Ted May's house. New issue of Injury is back from the printer and looks super sharp. Look for this one soon boys and girls. The best issue yet of this already remarkable series. What? You've never read Injury?! It is a prime example of "pure cartooning". What does that mean? Ask Kevin. He'll talk your ear off about pure cartooning.

Today, hanging out with Ted and Mardou and their dotter Veronica. I snuck away from the pool party in the back yard to do a Skype call to the Stumptown Comics Festival. The idea was to do my comic book layout workshop but I fear it was more like a puppet show. I couldn't see the audience and so I just did my riffs to the mirror image of myself. And as much as I may be used to that - ahem - it was a little hard to gauge if the audience was picking up on what I was laying down. I heard them laughing so that is always a good sign. I think it went well. Apparently, it was a full room. But Jason Levian, who moderated the panel, could have been fibbing to me. Thanks, Jason! Thanks, Stumptown fest. Thanks everyone who showed up. Email me if you are interested in my correspondence course. Glad to be a part of such a great show.

Writing this one on the run - so please enjoy these photos I took at Kevin's house of some choice zines and minis. Over and out! 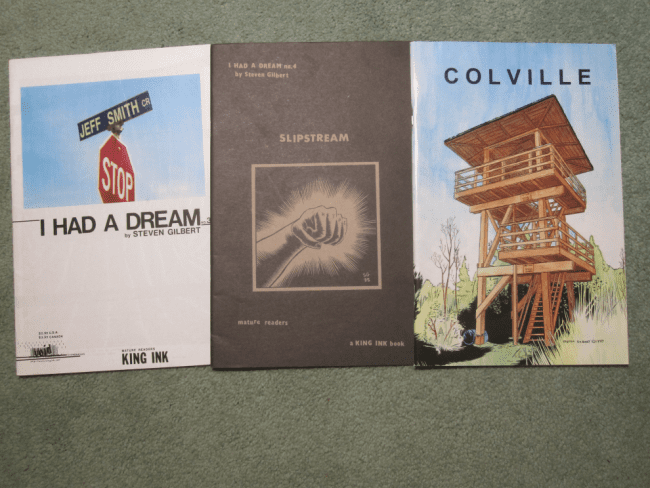 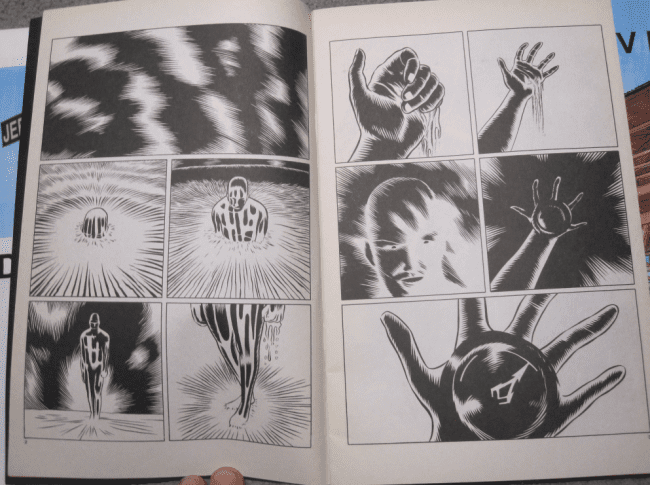 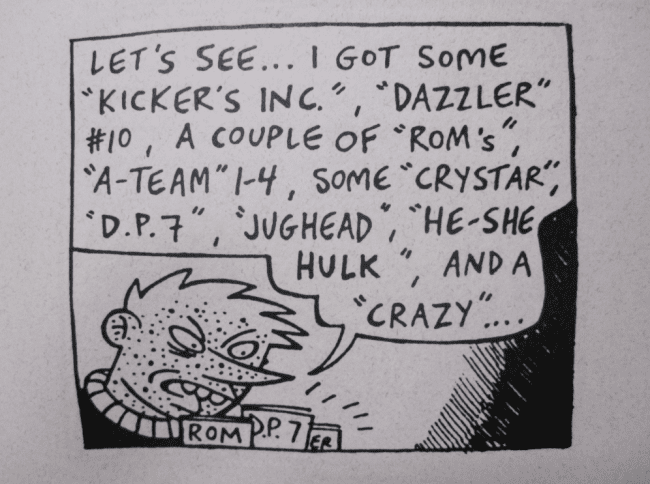 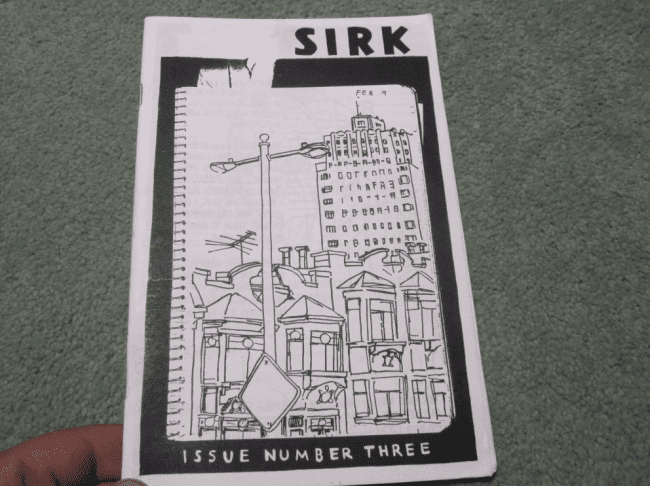 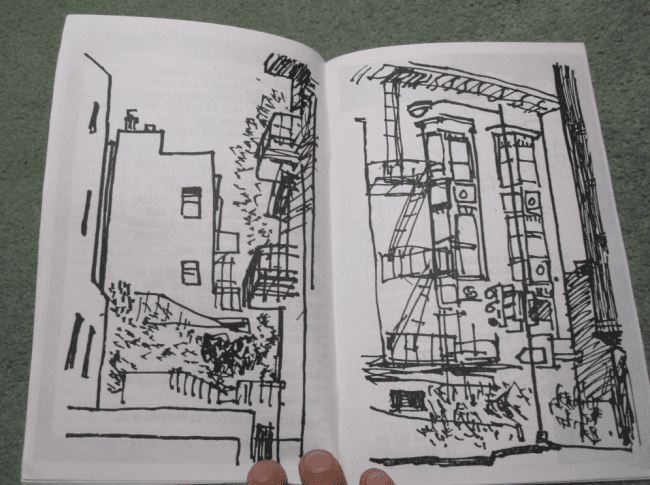 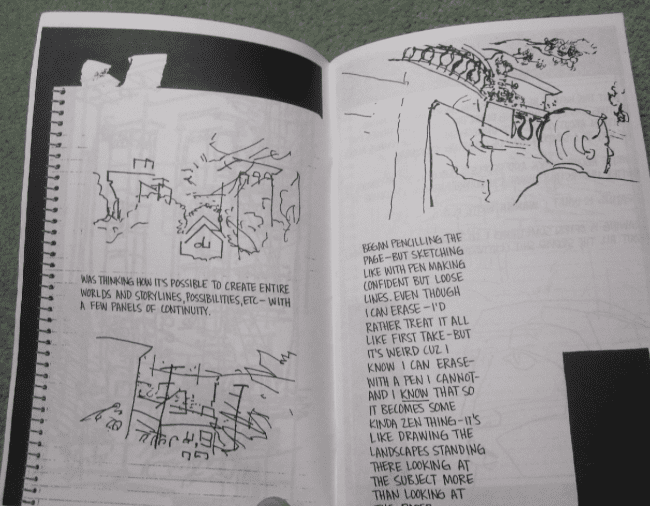 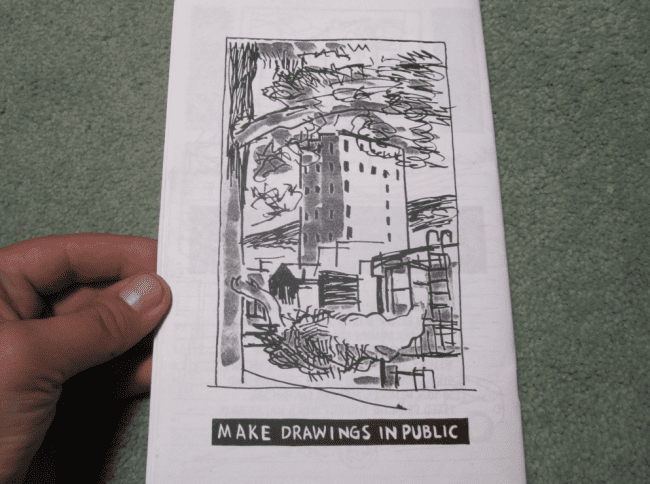 Jeff Levine's zine Destroy All Comics - the first incarnation before the Slave Labor Graphics run. This is from 1994. Kevin said he read this one "a thousand times". 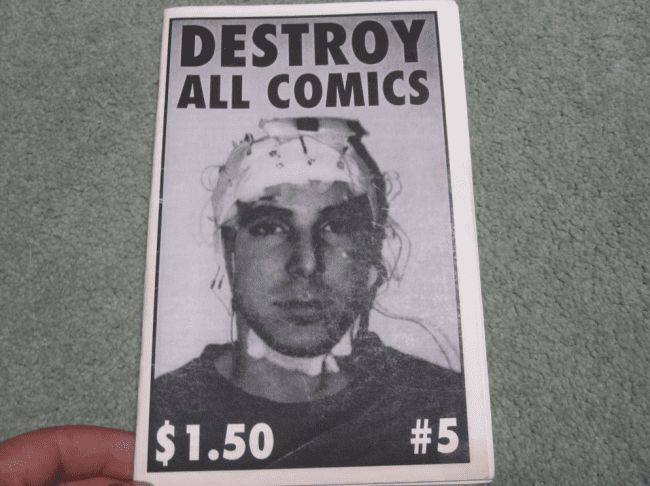 Destroy All Comics interior. Fawn Gehweiler was (is) awesome. 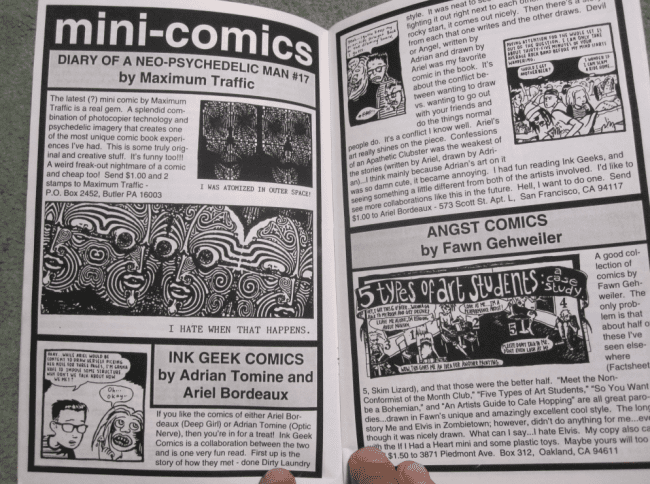 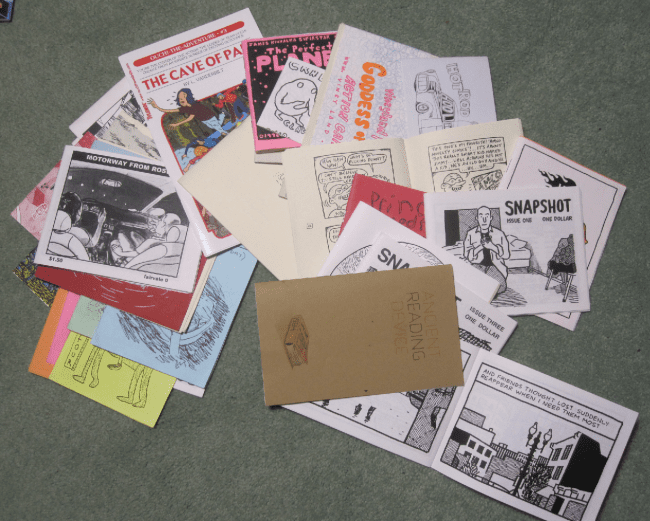 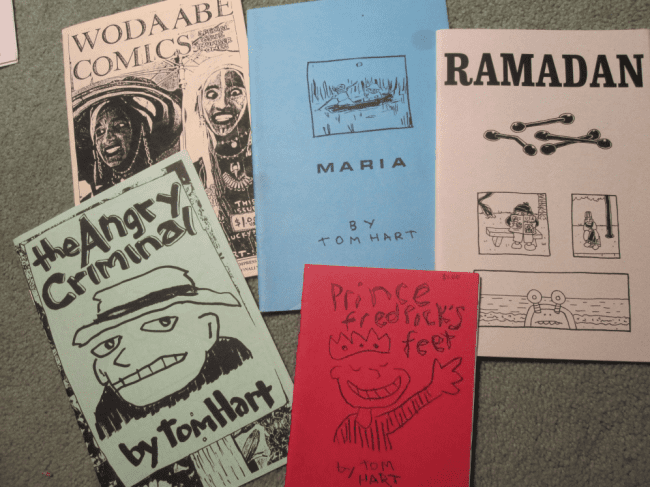 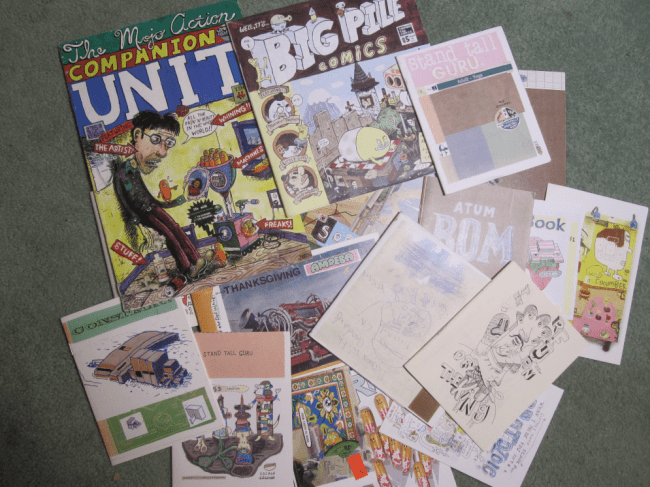 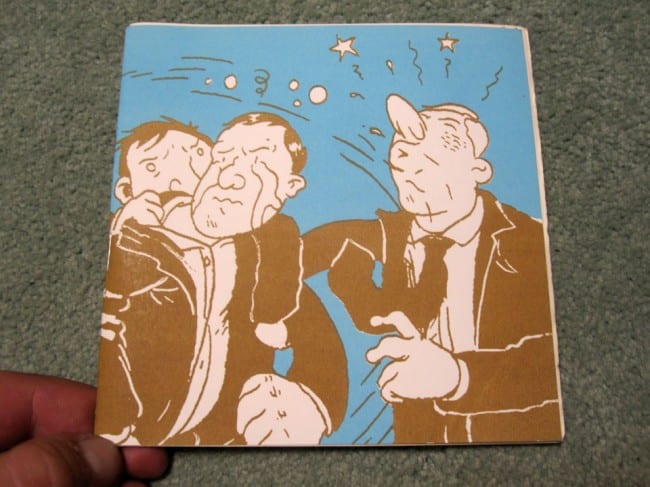 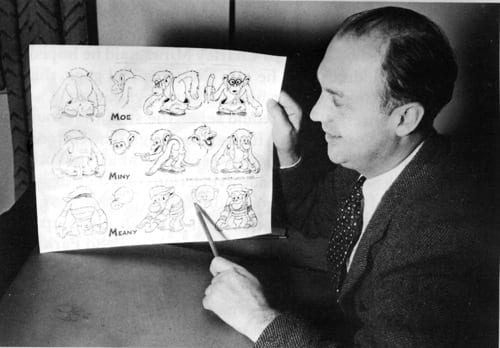