Welcome back from the Presidents' Day weekend. Joe McCulloch is here as usual this morning with his guide to the Week in Comics! This time, his spotlight picks include new books from Vanessa Davis and Elaine Lee & Michael Kaluta. He also writes at some length about a Slovenian funny-animal detective comic.

I will suggest that the first issue of Animal Noir is pretty much drenched in allegory - look at the hoodie on that zebra toward the bottom right... these are not uncharged symbols, and the creators are not unaware of that charge, suggesting an animal metropolis of upper-class lions (royalty of the animal kingdom, natch) who for some reason have managed to stem their predatory impulses into socially acceptable means of feeding on the less-advantaged classes of zebras and gazelles. Animals now behave as humans, complete with interracial (species) relationships; in fact, some of these relationships are strictly economic, as in the shadowy world of "hunt porn," where certain species simulate the process of being hunted and devoured by predators, for the gratification of those same predators flattering themselves as old-fashioned wild animals at home.

Joe doesn't mention it, but some of the potential problems he detects here are very close to the ones that marred Zootopia.

And we also present Cynthia Rose's appreciation for the late Andre Franquin.

Was Belgian Andre Franquin (1924-1997) comics' greatest draftsman? One colleague who certainly thought so was Hergé. "Franquin", he declared, "is a great artist. Next to him, I'm only a mediocre pen-pusher." Fantagraphics' Kim Thompson agreed with Tintin's creator. "In terms of ultra-classic greatness," he once wrote me, "Hergé has that abstract line but Franquin has something else. He created the most complete, the most alive, the most absolute cartooniness in comics history."

A current Paris retrospective, Gaston, shares their views. It also honours a landmark birthday – the sixtieth year of Gaston Lagaffe, Franquin's most well-known character. Gaston, whose last name means "the blunder", is an dedicated idler in jeans and espadrilles. While hardly the first antihero of European comics, Gaston was one of their first post-adolescents. Franquin made him into a prototype of subversion.

Over three decades the artist honed Gaston's interests, showing him to be an inventor, a music fan, a DIY fanatic and an amateur chef. But, if his character exudes a Sixties effervescence it also has the era's disillusions. As Renaud Defiebre-Muller notes in the show, "Gaston pits personal autonomy against social control: against manners, against respect, against everyday decorum". Elevated to stardom by Franquin's graphic brilliance, this rebellion-by-default changed the rules of the bande dessinée.

But this success has given rise to a new set of problems. If an earlier generation of scholars passionately argued that academics should study comics, scholars now arriving on the scene are asking how best to do so. That is the question Bart Beaty and Benjamin Woo attempt to answer in their slim but illuminating volume, The Greatest Comic Book of All Time. Beaty, a professor of English at the University of Calgary, and Woo, an assistant professor of communication studies at Canada’s Carleton University, run through a series of contenders for the "greatest comic book" title, including Spiegelman’s Maus, the short works of Robert Crumb, the superhero oeuvre of Jack Kirby, Marjane Satrapi’s Persepolis, and so on.

De Pierpont and Lambé have been collaborators on and off for more than a decade now. They had previously published Alberto G., a quasi-biography of Giacometti, in 2003, as well as La Pluie and Un Voyage. Four years ago Lambé shocked the comics world with the graphically astonishing graphic novel, Le Fils du Roi (elaborately cross-hatched in ball point pen). Paysage saw a return to the simpler line art of his earlier work, now paired with breathtaking compositions. Framing and layout operate in this book at an incredibly high level to create meaning. It is a formal tour-de-force.

Dominique Goblet started work on this loose memoir back in 1995, and it wasn’t published in her native Belgium until 2007. In the meantime, she reworked old pages, many of which had aged and yellowed. But rather than clean them up or redraw the images, she treated them like a palimpsest or a patina. Ten years after, New York Review Comics has released an English translation alongside translator Sophie Yanow with new lettering from Goblet. The book fits right in with the weird array of sequential art the relatively new imprint has released so far: a reissue of Mark Beyer’s Agony, a gorgeous English edition of Blutch’s Peplum (one of the most underappreciated books of last year), a compilation of Glen Baxter’s weird single-panel surrealistic gags, a giant volume of Norwegian cartoonist Hariton Pushwagner’s Soft City (dating from the late 1960s to early 1970s and interesting, but perhaps a little overappreciated). The publisher clearly likes mining hidden gems, polishing them and showing them off proudly to a public that is (probably) mystified by their contents. Pretending Is Lying falls right inside those lines.

Now, about that bite. It came 15 years ago when Ms. Ferris, who is 55, contracted West Nile virus from a mosquito. “I woke up in a hospital room three weeks after being admitted,” she recalled in a phone interview. “I was paralyzed from the waist down. I couldn’t speak. And I’d lost the use of my right hand, so I couldn’t draw.”

At 40, she found herself in a wheelchair, with a 6-year-old daughter, Ruby, to raise. But Ms. Ferris, like her stubborn heroine, doesn’t give in. She taught herself to draw again, received an M.F.A. in creative writing from the School of the Art Institute of Chicago, and eventually plunged into “Monsters.” “The virus both impelled and scared me at the same time,” she said. “I honed my focus and determination, and the book saw me through.”

And Sam Thielman at The Guardian interviews her.

When I was a child I had this severe disability, so I was the kid in the playground who wasn’t running. I had a spinal curvature, some amount of hunchback, two different lengths of leg, but I learned – and this is what’s so interesting about the world – I learned the my story-telling [of] horror and ghost stories would get a crowd of ten kids around me. So I was not alone. I learned how not to be alone in the playground. They would all show up for the next installment – of course I would always leave it hanging anywhere I could, so I could be assured that the next installment would be something they were looking forward to, because I didn’t want to be alone.

[The "Bechdel test"] was just a lesbian feminist joke of the ’80s, the kind of stuff we were all saying to each other. And it, you know, it just disappeared. But then, 20 years later, these young feminists resurrected it. I think it started with women in film school who were being told the exact opposite. “If you want to sell a movie to Hollywood, don’t put more than two women in it.” Etc.

Mr. Stevenson, born in New York City in 1929, found his way to The New Yorker in 1947. “I was not hired on merit,” Mr. Stevenson wrote in The Life, Loves and Laughs of Frank Modell — “My mother was a friend of the Fiction Editor, William Maxwell.” He worked for that summer as an office boy, and a part-time supplier of cartoon ideas. Nine years later he was hired by the Art Editor, James Geraghty, as a full-time ideaman. Mr. Stevenson recalled that Mr. Geraghty turned to him after the hiring handshake and said, “You must not tell anybody at the office or anywhere else what you do.” 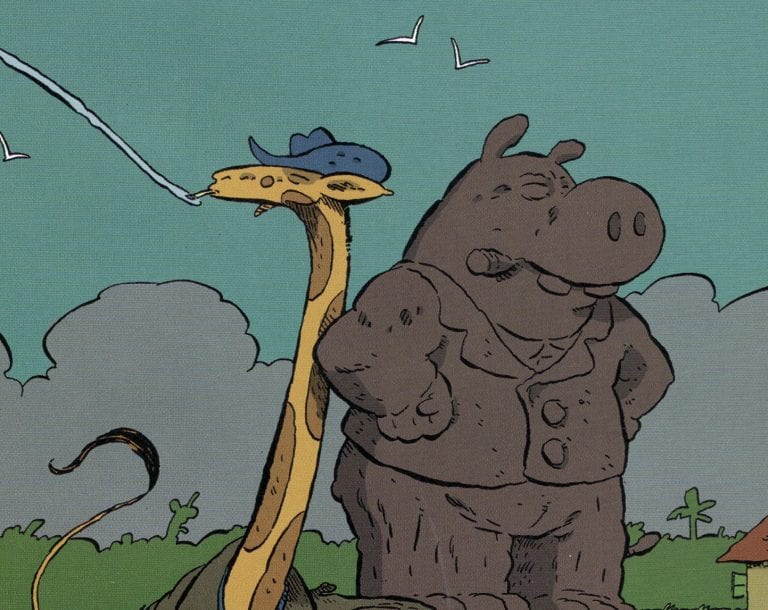 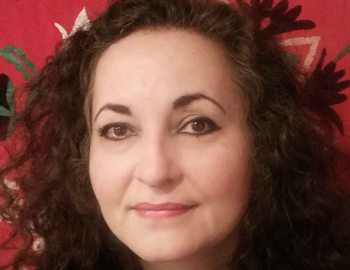