Today at the Comics Journal, we're spending our morning--and a healthy portion of our afternoon--drinking in Matt Seneca's epic column on the comics he found in France. You'll want to make sure you've got a fine relationship with a good comics importer for this one, friend.

In America, filling in a comic store's worth of shelves with anything besides every Batman trade inevitably becomes both a guessing game and a referendum on a proprietor's personal taste; the American comics industry just hasn't produced enough books that can be relied upon to sell over the long term for it to be anything else. France doesn't have the same problem, which is awesome! But the cloud hiding underneath the dazzling silver lining is that retail backed by a successful industry can become classic rock radio: a predictable parade of solid selections.

What France has is better than what we have here (BD Fugue in Nice is an incredible store, FYI), but my meanderings on the Riviera felt a bit like a negative image of the shitty retail experiences I wrote about earlier this year.  Shopping for comics is fun, and one of the reasons why is how variable and random the experience is. It's not like going out to get office supplies! The same-y feeling I got from comic shopping in France wasn’t unpleasant - it was nice to see books that had something to recommend them enjoying unambiguous commercial success - but it was there. Nothing’s perfect, man - not when you’re engaging in late capitalism, but especially not when you’re buying comic books.

Our review of the day comes to us from industry stalwart, Ryan Carey. I couldn't remember the last time we reviewed some yaoi, and Ryan was happy to oblige. Coyote: how is that thing?

The tone Zariya establishes here is basically one of “YA minus the Y,” as we are introduced not so much to a pair of characters as caricatures, titular protagonist Coyote being shy, nervous, stand-offish, perhaps not entirely comfortable with his emerging sexuality, while the object of his affections from afar, piano player Marleen (I guess Coyote isn’t too introverted to avoid spending most of his nights hanging out in bars), is the stereotypical “dreamy” sort, all smooth confidence with just enough sensitivity to make him less out of reach than he at first appears. He’s Edward, only human, while Coyote is a lycanthrope Bella.

Did you catch Tim's not-so-subtle dig at me for linking to online comics? I sure did! In response, here's Kevin Huizenga's Instagram, which includes some recent hot fire, some pages from Emil Ferris next volume of Monsters, and Lauren Weinstein's latest Normel Person, which he should be linking to all the time, even on days when it is my turn to blog.

The best of list season is truly upon us, with a whole bunch of sites getting into the action. Meanwhile PW is shouting out the big books of Spring 2019, three of which are definitely pulsing with great Satanic power. But when it comes to best of lists, I, like Dominic Umile before me, have long since reserved my greatest excitement for this one: Adrian Curry's. It ain't comics (even if cartoonists do occasionally show up), but hey--we got a lot of those already. 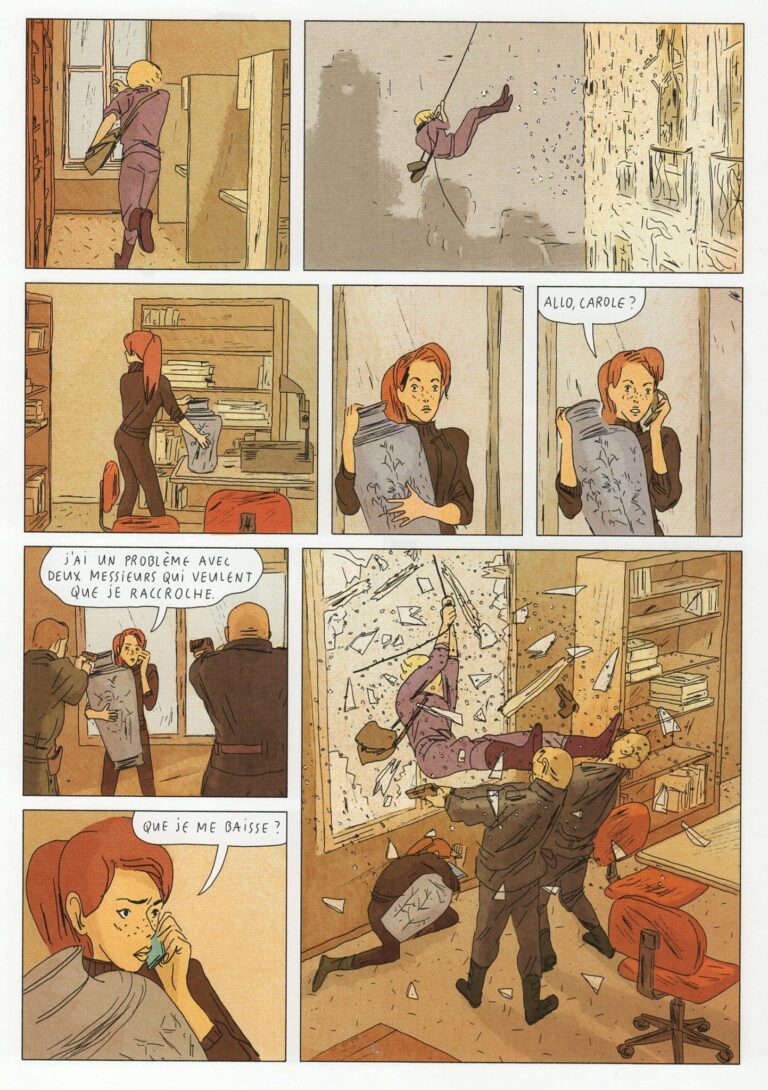 Bandy Designys: New French Comics Through the Wrong End of the Telescope