Herewith my attempt at something Tim tells me is called "link-blogging". Look for a lot more of this in the future. Don't all cheer at once.

My Wally Wood obsession knows no bounds. I might also note that the Wood catalog published in Spain really is worth the money.

Zom, of The Mindless Ones, who have been kind enough to lend us Amy Poodle, takes a look at The Killing Joke, with typically thought-provoking results.

Allan Holtz brings us Old Boy Binks, a deeply obscure 1915-16 strip by the great Ed Wheelan, whose strip Minute Movies is a favorite of mine for its intense compression and flippant drawing. In his 1940s less-than-salad days Wheelan also drew for comic books, and must've wondered how the hell he got there, amidst all those amateurs.

This link is old for the internet, but I only just saw it: Gill Fox cover roughs and color guides over at Comic Book Attic. Fox, along with Harvey's Warren Kremer, was a great golden age workhorse, who could produce a package from the inside out. His production is, in some ways, as impressive as his artwork. Also, this is more evidence of what we might call the "Heritage Effect", because the auction house continues to uncover deeply obscure items -- things otherwise left in filing cabinets and certainly not available to gaze at in deep digital detail -- everything from Kremer cover roughs to Dave Berg unpublished comic strips. I don't think it's rewriting history, but in providing a somewhat random resource of unseen ephemera, it's deepening it significantly. I have to say I sometimes forget it's an auction house in the business of selling art, not necessarily archiving it. Oh, and fun fact: Gill Fox drew the classic pizza box art of the 1970s and '80s.

R.C. Harvey's monthly column, Hare Tonic, make its debut with a profile of Dick Locher, whose final Dick Tracy will appear on Sunday. I'm fond of Harv's take on newspaper strip cartoonists -- he gets at the day-in, day-out grind of it, and in this piece manages some great Chester Gould anecdotes, to boot. Vanessa Davis' final diary entry. Thank you Vanessa: You have set the standard by which all cartoonists must now procrastinate productively. And finally, Matt Seneca reviews City Hunter by C.F. Two in one week from the Seneca. We hope he never grows old and tired like the rest of us.

And this weekend: Watch out for Frank Santoro's TCJ debut! 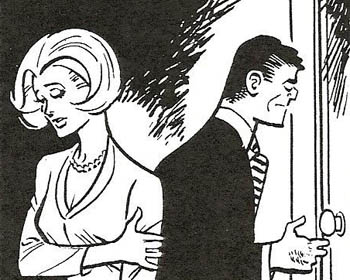 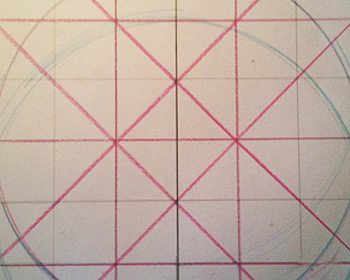