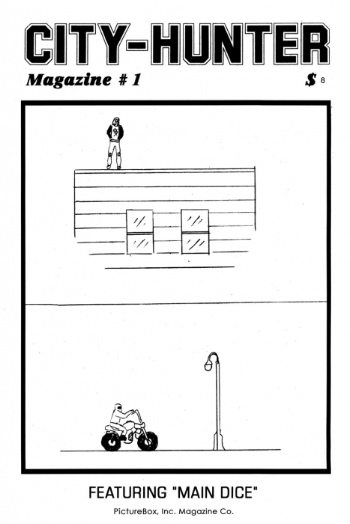 This is an odd little magazine that walks on the outer fringes of what most would consider “comics,” while showcasing a barrage of imagery from one of the medium’s most exciting visual stylists. C.F.’s new City-Hunter minicomic, a handsome offset zine with pages oscillating between black & white and color, is an expanded reissue of the old City-Hunter minicomic, which was pretty much the same thing. New pages mingle with old in a sequence that’s only stronger for its apparent randomness. It’s a strange, compelling presentation strategy, allowing readers to contemplate new material alongside old and to see the progression from then to now as clearly as that which takes place between panels.

The evolution of C.F.'s imagery between old and new pages is apparent, and it's really the only development going on in the comic. City-Hunter is page after page of unexplained image presentations—sequential comics, standalone paint and pencil drawings, text pieces, even a photo and a “paid advertisement” for CF’s defunct Blogspot site—with precious little in the way of overarching story to tie it all together. What predominates instead is shared context, both that of the surreal, vaguely futuristic city in which the action occurs; and that of its creator C.F.’s multifaceted approach to picture making.

The book’s centerpiece is a four-page tour of the nameless city, led by cover character “Main Dice.” The backgrounds take precedence, with tiny figures barely noticeable in some frames and completely absent from others. The only narrative connection between the panels is provided by the larger setting, the fact of the city itself, looming in the backgrounds and inviting at least as much of the reader's attention as its inhabitants do. The short is wordless, and its ostensible subject, the street-fighting hero, never takes up much more than a square centimeter of panel space. What matters is what surrounds him. He too is part of the larger construction that every image in this book has its place in.

Main Dice is not a character, only an actor we are given views of. In that semantic sense City-Hunter can be classified as “action comics,” taken up with science-fiction-inflected exteriors and their inhabitants’ movements through them, and more about that motion than what underlies it. Where C.F. goes subcutaneous is with the environment itself, examining the distinct elements that construct it up close. Every picture is a picture of the city. Painted single-image pages show bizarre traffic signs, ominous architectural edifices, strangely designed sanitation trucks in vividly messy color. Penciled noise-imagery pages fold telephone switchboards into electrical outlets and evocative symbols. The text pieces give some insight into the city-dwellers’ states of mind, which can be as terrifying as they are amusing. (“You’ve got another thing coming,” declares ‘guest editorialist’ Mike Rennet, “and that thing is my scared, angry fist smashing through your apartment wall." In the photo a page over, a fellow in stylish leather boots pisses on a manhole cover.) Finally, elegant, sinuous pages of total abstraction lend the whole thing an inscrutable gravitas, radiating a strangely serene atmosphere that brings harmony to even the harshest sections of the book.

What C.F. has done with City-Hunter is to create a stunning monograph, one that uses its artist’s deep understanding of and skill with the comics form as a key to accessing more purely visual passages. The medium’s instant creation of story, its ability to rope disconnected pictures into a single continuum brings many disparate elements—formal, tonal, stylistic—together into a collective whole here, the same way that a city’s name magically unifies everything in a stretch of densely inhabited land. Comics as urban study? It’s an odd, elevated goal, but C.F. chases it with such understated focus and visual might that the product becomes an unforgettable tour through something as vital and alive as any more physical metropolis. 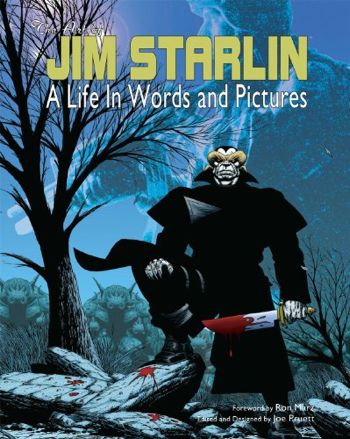 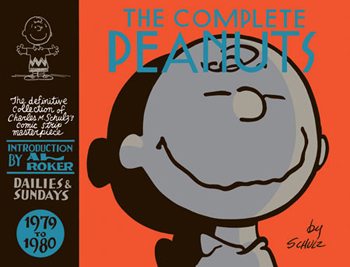