We've got two things for you this morning. First, a rare interview with the underground legend Gilbert Shelton, creator of the Fabulous Furry Freak Brothers, providing something of a casual snapshot of his current Paris life. Here's a bit:

How long does it take you to do a page?

One of the things I’d heard you say is that when you moved to France, you were able to finally tell people what you did. That there was a prestige afforded to comics that you didn’t find in America.

Yes. I used to tell people that I’m in the publishing business. But here I can probably say that I’m a cartoonist, or a "dessinateur de bande dessinée."

Did they know your stuff well here?

Yeah. It’s well known. It’s been around for a while. The problem is that the French comic book industry publishes around four thousand new comic books every year. That’s more than a hundred a week. And the bookstore owners can’t cope with that. They know the Freak Brothers and they know they can sell some, so they can order that.

We also have your usual Friday installment of Comics of the Weak. Somewhat disturbingly, Tucker Stone continues to mellow.

—The Orson Scott Card/Superman controversy continues, with an official response from DC, editorials and reports about the matter reaching The Guardian and The Huffington Post, and various comics figures holding forth on the subject.

—Drawn & Quarterly has a late but strong entry in the Angoulême festival report race.

—Jeet Heer pointed to this short take-down of Watchmen from The American Conservative. There's some smart pushback in some of the comments.

—And here's a video essay on the Scott Pilgrim movie that talks about the formal challenges of adapting comics to film: 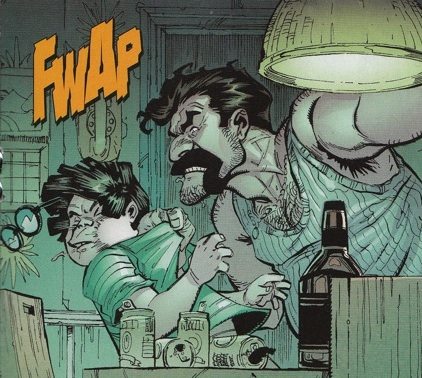 I’m All About The Love, Baby Blossom 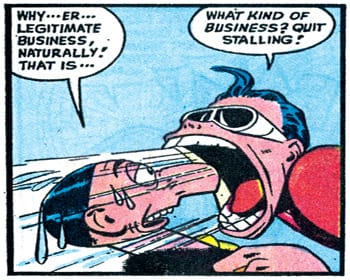