Well, you can’t really deny that there’s a lot of bad news in the world right now, but if there’s one thing that’s always an unerring source of uniform positivity it is this week’s links, a selection of which can be found below.

Now, just let me take a big ol’ sip of water before I open my laptop to look at what’s on the docket this time out, and– Well, at least it’s insured, I guess.

Reading through my fingers… This week’s news.

• Starting of the week with prize news, as the 2022 Doug Wright Awards were announced last weekend, as part of this year’s Toronto Comics Art Festival, with Brigitte Archambault’s The Shiatsung Project winning Best Book, and Sami Alwani winning the Nipper award for emerging talent - a full rundown of this year’s award winners can be found here.

• Publisher’s Weekly report on ongoing legal battles regarding Virginia state obscenity law, and an attempt to restrict the sale of certain books under it, as lawyers for Gender Queer author Maia Kobabe, publisher Oni Press, and retailer Barnes & Noble have filed motions to dismiss the suit, arguing that attempts to apply the law in this manner are defective and unconstitutional. The ALA have been tracking record numbers of challenges to books in recent years, CNN spoke earlier this month to authors of colour whose work has been targeted, including New Kid creator Jerry Craft.

• Auction news, and the focus was on two of DC Comics’ trinity, as Frank Miller and Lynn Varley’s original cover art for Batman: The Dark Knight Returns #1 sold for $2.4 million, and a high grade copy of All Star Comics #8 (featuring Wonder Woman’s debut appearance) sold for $1.62 million, as demand in the market will now be butting heads with rising inflation and slowdown in the global economy.

• Licensing news, and Conan the Barbarian was not wandering in the wastelands for long, as rights holder Heroic Signatures this week announced, via The Hollywood Reporter, that a new publishing deal has been forged with Titan Comics. Meanwhile, former home to the Cimmerian, Marvel Comics, announced that they would be replacing his particular brand of swordplay with some damn dirty apes, by bringing Planet of the Apes comics back to the House of Ideas for the first time since 1974. They finally did it, those maniacs, etc etc.

• Koyama Provides announced the latest recipient of their grant program, awarding $1,500 to Carol Tyler, which will be used to continue work on The Ephemerata, a graphic novel on grief a decade in the making.

• In memoriam, remembering those the comics world has lost, Marvel Comics announced that longtime executive at the publisher, Mike Pasciullo, passed away this week, aged 50 - The Beat shared social media tributes to Pasciullo from friends and colleagues.

👽 We have some visitors…from the future!

Join 4D beings as they go back in time to stroll through MoMA and reflect on past, present, and future.

Putting the quality in ‘quality’... This week’s reviews.

• RJ Casey reviews the breathtaking absurdity of Nate Garcia’s Muscle Horse - “In only a handful of panels and sequences in the comic, and when characters are stressed-out, sick, or scared, Garcia depicts them like they’re in a shimmery heat haze. It’s the same setting or character from the previous panel, but now there isn’t a straight line to be found and the borders of objects are barely holding on. It’s a neat effect, absent from his previous publications, and thankfully not overused.”

• Matt Seneca reviews the inspiring lessons of Martin Vaughn-James’ The Projector and Elephant - “To see an artist begin by launching himself into unexplored territory, then plant a set of flags in exactly the areas he was committed to exploring, in the process managing to thrill and disturb in equal measure, is pretty incredible to watch. How did he do it? What was he thinking? Was it all planned? Why that decision, at this point?”

• Colin Moon reviews the masterful subtlety of Tillie Walden’s Clementine Book One, and the striking world-building of Jo Rioux’s A Cat’s Cradle: The Golden Twine.

Rachel Cooke reviews the simmering domesticity of Yamada Murasaki’s Talk to My Back, translated by Ryan Holmberg.

Nick Smith reviews the stylistic quirks of Conxita Herrero Delfa’s Big Scoop of Ice Cream, the blended fantasy of Arnold Arre’s The Mythology Class: Where Philippine Legends Become Reality, and the brilliant humour of Tom Gauld’s Revenge of the Librarians.

- The exquisite impact of Will McCormack, Michael Govier, and Youngran Nho’s If Anything Happens I Love You.

- The macabre bombast of Simon Roy and Damon Gentry’s Grip of the Kombinat.

- The droll examinations of Luke Healy’s The Con Artists.

Self Portrait as American Elf wearing a boot. pic.twitter.com/gTlPxaQOkg

Andrew Neal interviews Audra Stang about The Audra Show, day jobs, online roleplaying forums, and the correct cooking time for comics - “Working in animation would depend on a lot of different things… I think of it like cooking or embroidery, like whatever skill that can yield me the most income for the least amount of time and hand destruction is what I would choose.”

Chris Coplan talks to Christopher Priest about Black Adam, the reverse psychology of project pitching, and bringing realism to contemporary characters straddling the hero/villain divide; and Mark Russell and Michael Allred about Superman: Space Age, the catharsis of writing, pivotal moments in 60s history, and getting the design of Krypton’s last son right.

Andrew Osmond speaks with Eldo Yoshimizu about Ryuko, moving from the world of contemporary art to manga, and being hit with an umbrella.

Zack Quaintance chats to Tillie Walden about Clementine, inspirations of mountain terrain, contrasting hope and despair in characters, and the intensity of the teenage experience.

David Vetter interviews Céline Keller about Dawn of the ECT, the importance of engaging climate communication comics, and the appeal of complex subject matter.

Deb Aoki presents a two-part conversation with Akane Torikai, translated by Jocelyne Allen, about Sensei’s Pious Lie, writing characters that voice opinions not shared by the author, manga inspirations, and the potential for stories to change how readers think and act.

Rosie Knight speaks with Grant Morrison about Xanaduum, telling stories through collage, simulation of the self, and the inspiration of Jack Kirby.

Calvin Reid chats to Oni-Lion Forge’s James Lucas Jones about the publisher’s pandemic years and what comies next, and the genres seeing increased reader demand.

David Fear interviews Elda Rotor and Ben Saunders about the Penguin Classics Marvel Collection Series, and the process behind curating and producing the new collections.

Alex Dueben talks to Chanan Beizer about The Golem of Venice Beach, getting to know characters, and visually defining time-periods; and to Kel McDonald, Kate Ashwin, and Alina Pete about The Woman in the Woods and Other North American Stories, creator coordination, and telling and adapting First Nation stories.

• Wendy Browne interviews James Aquilone about Shakespeare Unleashed, the bloodier aspects of the Bard’s work, and what to expect from the book’s crowdfunding campaign.

Can also be read aloud, if so desired…. This week’s features and longreads.

• Here at TCJ, RC Harvey celebrates the 52nd birthday of a cartoon strip institution, blowing out the candles for Garry Trudeau’s Doonesbury - “Doonesbury blossomed in the age of collegiate irreverence. It was the age of protest - against the Vietnam War, against the establishment, against authority of all kinds. The temper of the times fostered among some young cartoonists a revolutionary counter-culture, and they expressed their disdain for mainstream America in producing "underground comix": comic books that championed the drug culture and assaulted conventional sexual mores with graphic gusto.”

• Also for TCJ, Jon Holt and Teppei Fukuda present a translation of Natsume Fusanosuke’s Comic Tom essay on Stan Lee’s and John Buscema’s How to Draw Comics the Marvel Way, and the difference between that title and ‘How to Draw Manga’ books of the time - “Marvel Comics is one of America’s largest comics publishers and they produce characters like Spider-Man and the Incredible Hulk. Of course, the book was written in English, so I couldn’t read it. Even so, I just bought it, and that’s how shameless I can be.”

• Finally for TCJ this week, Joseph McCabe writes on the life and work of Tim Sale, who passed away last week, aged 66 - “Sale’s Batman wasn’t always as handsome as other artists’, but his eyes burned with cold minimalistic focus. Sale’s and Loeb’s Gotham City, a wonderland of holiday darkness the likes of which Tim Burton could only dream of, made its most celebrated appearance in the 1997-98 series Batman: The Long Halloween, a 13-issue whodunit with capes that would inform director Christopher Nolan’s Dark Knight Trilogy as well as Matt Reeves’ recent The Batman.”

• Over at Four Color Apocalypse, as media companies continue to mine the intellectual property of the comics titles for the screen, Ryan C asks whether publishers owned by megacorps need readers, or if they can operate as loss leaders to fuel billion dollar box office returns, and the less-than-stellar deals offered by publishers that can’t utilise that business model.

• The Independent and CBR cover the furore surrounding Yehudi Mercado’s writing in What If…? Miles Morales #4, seen at best as thoughtlessly perpetuating harmful stereotypes, and at worst as depicting an outright racist take on the character.

• Rob Salkowitz writes for Forbes on the sale of cover art for The Dark Knight Returns, asking just what is it that you get for your $2.4 million?

• Andy Oliver looks back at Gengoroh Tagame’s My Brother’s Husband, as part of the site’s Pride month coverage, and the advantages in character building that its episodic structure affords.

• Over at Shelfdust, Steve Morris considers the two sides of Nick Fury as presented in Jonathan Hickman, Brian Michael Bendis, and Stefano Caselli’s Secret Warriors #4; and considers just what it is that comprises justice in the world of Todd McFarlane’s Spawn.

• From the world of open-access academia, arriving as part of Intermediality in French-Language Comics and Graphic Novels next month, is a preview of Livio Belloi’s opening essay from the collection, ‘Still Pictures, Moving Frame: Comics on the Edge of Cinema’, on the imaginary city of Greg Shaw’s Travelling Square District.

Squinting at the screen to overcome the glare… This week’s audio/visual delights.

• If you would like to watch this year’s al fresco Doug Wright Awards ceremony in full, hosted by Richard Crouse, then that is something you can definitely do, as well as possibly feel a slight simmering jealousy at the nice weather they had for it as you watch a thunderstorm outside your window.

• Christopher Butcher hosts this week’s episode of Mangasplaining, as the team discuss at the perfect game of Mitsuru Adachi’s sports manga Cross Game, before taking a look at Oto Toda’s To Strip The Flesh, and recommending other stories with trans protagonists.

• Broken Frontier shares the debut broadcast of interview series The Comics Time Capsule, with part 1 comprising conversations with 31 comics creators on their history and relationships with British comics.

• Closing out another edition with some Cartoonist Kayfabe book looks, as Jim Rugg and Ed Piskor took a look at Frank Miller x Chris Claremont on Marvel Team-Up #133, Frank Miller x John Buscema on Daredevil #219, John Byrne on Silver Surfer #1, Jim Starlin on Warlock, and Moebius’ The Airtight Garage, plus A Bill of Rights for Comics Creators and Marvel Age: A Day in the Life of Marvel Comics!.

That’s all for this week, back in 7 standard earth days with more. 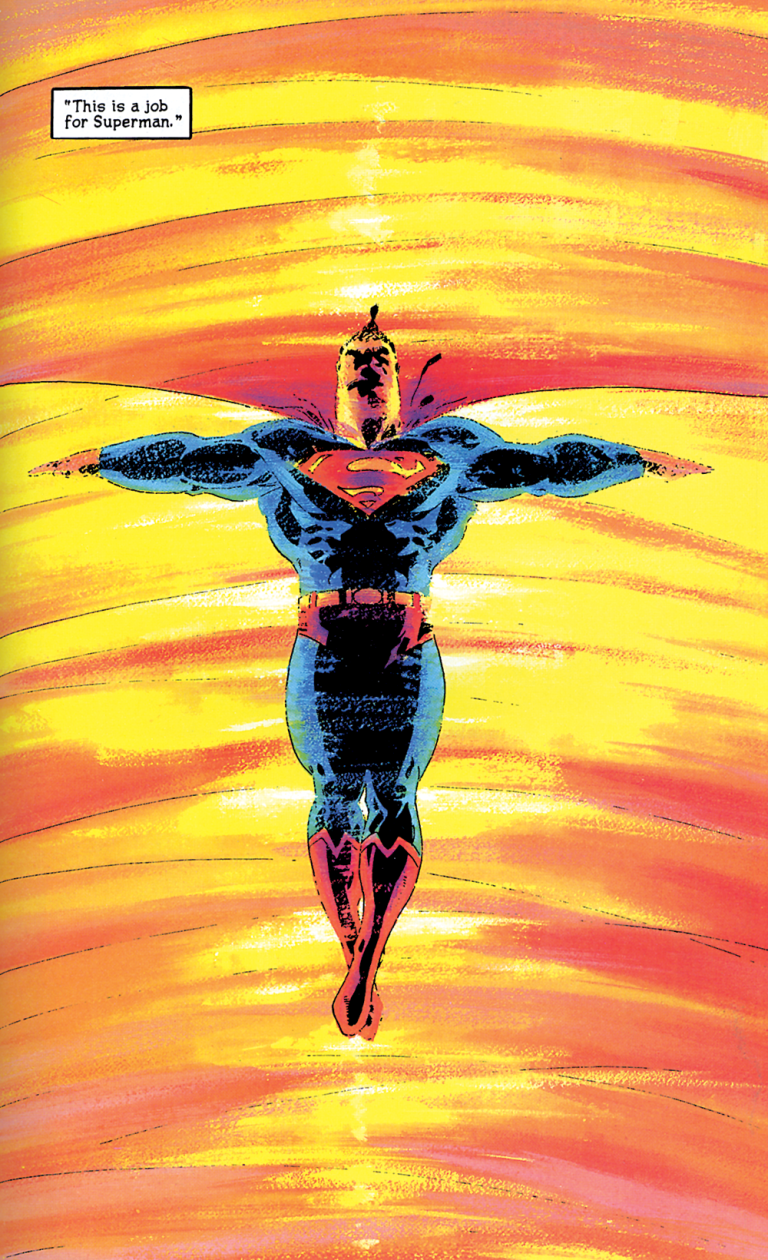 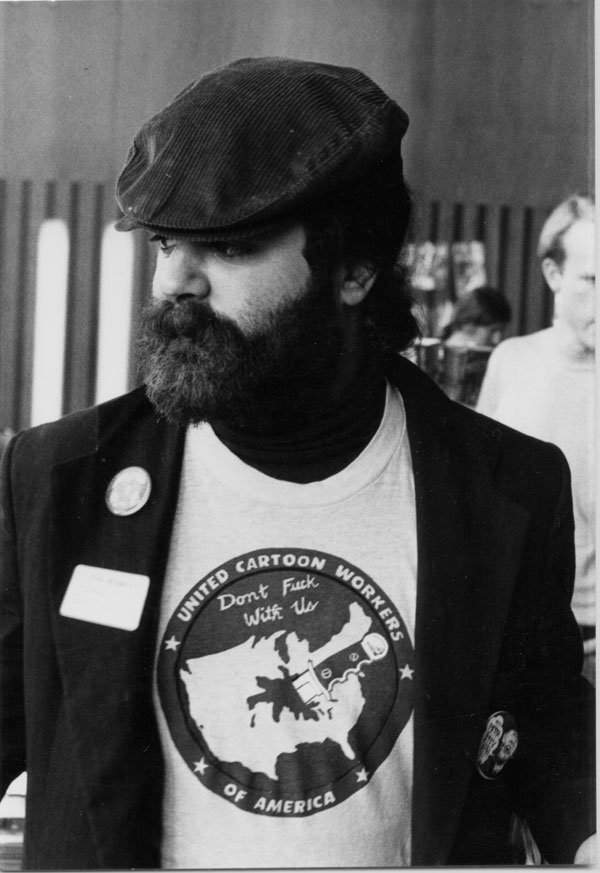