Ok, gotta put the O in SEO, or that glaring red WordPress notification will burn into my soul once more. So. How to tie this week’s links, a selection of which can be found below, into the Musk-heavy focus of this news cycle? Antitrust, the age of #content, and tech platforms? They’re all featured players in comics at the moment, but a bit dry, so it likely needs more pizazz. Maybe a rough calculation of how much 2021’s record year for comics sales would cover of the Twitter buyou– 2%!? No, that’s far too depressing. Oh, aaaand now you’re spiralling. All you can think about is either being crushed by the grinding wheel of capitalism, or being yoked to it. Quick, picture Conan stomping off in search of lamentations instead! The kids are all posting about John Milius on TikTok, right, so this keeps you relevant? Well, it’ll have to do, you’re out of words now, so try again next week; it’s fine, everyone’s tired, they’ll understand.

Rippling ever outward… This week’s news.

• A triptych of awards news to open this week’s selection, as the winners of the 42nd annual Los Angeles Times Book Prizes were announced, with 2021’s award for Best Graphic Novel going to R. Kikuo Johnson for No One Else.

• Comic-Con International revealed this year’s judges’ selections for automatic entry into the Will Eisner Comic Awards Hall of Fame, with inductees in the class of ‘22 including Marie Duval, Max Gaines, Mark Gruenwald, Alex Niño, Rose O’Neill, and P. Craig Russell. 17 more nominees selected by the judging panel are also in the running, subject to an online vote, with 4 further Hall of Fame inductions chosen by this process - voting is open until May 11th.

• Moving away from nice news, to one of the more persistent thorns in the paw of comics production and retail, as ICv2 flags up a warning of impending exacerbation of the current supply chain issues affecting global trade - recent reporting out of China, highlighting the country’s ongoing pursuit of a zero-COVID policy, in attempts to suppress the omicron variant of everyone’s least favourite respiratory virus, makes for bleak reading looking ahead to this summer’s sales forecasting, especially when taken in combination with the fallout from Russia’s invasion of Ukraine, and its impact on already strained international paper and wood supply-lines.

• The Hollywood Reporter shares the announcement that Frank Miller is launching a publishing banner, the aptly named Frank Miller Presents, with Miller acting as Editor-in-Chief, and Dan DiDio along for the ride in the role of Publisher, with oblique reference being made to 'new creations', while mostly touting the return of existing IPs Sin City and Ronin under this venture.

• Comichron looks back on the two years since Diamond's direct market distribution monopoly ended, as DC left for pastures new, followed by Marvel in 2021, noting that those publishers that remained have seen dividends during the current periodical boom - Image Comics' sales to stores via Diamond tripled in Q1 2022 compared to 2020, with Comichron also tracking that Image shipped four of the five bestselling titles in that slice of the direct market for March 2022.

• Elsewhere, NPR reports on a lawsuit brought against officials in Llalo County by Texas residents who make use of the local library system, citing censorship in violation of First Amendment rights through a spate of recent book bannings - the plaintiffs “...are fiercely united in their love for reading public library books and in their belief that the government cannot dictate which books they can and cannot read.”

• In memoriam, remembering those the comics community has lost, as family members of Justin Green shared news that the cartoonist has passed away, aged 76 - CBR have an obituary for Green, and The Daily Cartoonist provides a retrospective of Green’s work.

• Helen Chazan reviews the noisy dream of Julie Doucet’s Time Zone J - “No way of reading this work makes 'sense'. It isn’t an obtuse work of sequential art, really, but it resists a clean sequence. 'Snaking it' a la Brian Chippendale won’t always help you here. Everything bleeds into everything else; any smooth motion will be disrupted somewhere, nothing can be separated.”

• Ryan Carey reviews the formidable flourishes of Pier Dola’s Corona Bible - “I’m not suggesting that Dola is “guilty” of anything here - over, above, or beyond not considering the full implications of the kind of outrageously over-the-top tone and tenor he’s striking with this intentionally combustible material. But I think the valid points he raises about the Bezoses of the world profiting handsomely off the last couple of years of human misery are rather undercut by this entirely unnecessary, even-a-bit-clumsy sidestep into the more repugnant quarters of an already-repugnant quarter of society.”

• Jenny Robins reviews the inspiring indulgence of Bruce Zeines’ Life Out of Sequence.

- The heavy-handed morals of Leopoldo Gout and Eva Aridjis's Monarca.

Kevin Brown reviews the refined drama of Anneli Furmark’s Walk Me to the Corner, translated by Hanna Strömberg.

Words in papers… This week’s interviews.

Alex Dueben interviews Liam Sharp about Starhenge, working as Don Lawrence’s assistant, heartbreak from artistic heroes, and armchair anthropology - “I was making the very common mistake of judging myself against my peers. Trying to grow artistically through emulating others I perceived as better, greater and more successful than myself. It's the worst thing an artist can do, but it's an easy trap to fall into – especially if you have skills of emulation! You really have to put the success of others to the side and not worry about that. It's so important. But it's easier said than done, and there's no road map for this industry.”

• Ricardo Serrano Denis talks to Geof Darrow about Shaolin Cowboy: Cruel to be Kin, inspirations from National Geographic and komodo dragons, and worlds within panels.

Brigid Alverson interviews Richard Rivera about Scoot! Comics, publishing for a wide range of younger readers, keeping things evergreen, and distribution details; and Alex Antone about Skybound Comet, zombies for the YA crowd, targeting the book market, and matching the project to the audience..

• Malaka Gharib talks to Laura Gao about Messy Roots: A Graphic Memoir of a Wuhanese American, becoming a bridge between cultures, and breakfast noodles.

• Mallory Yu speaks with Brian K Vaughan and Fiona Staples about Saga, writing specialties, radical pacifism, and keeping the story on the page.

Nathalie op de Beeck chats with Jonathan Case about Little Monarchs, shifting from fantasy into reality, stepping out of the office, and the miraculous nature of insect migrations.

Words in books… This week’s features and longreads.

• Here at TCJ, Andrew Field examines the branches on the graphic novel evolutionary tree leading up to the work of Chris Ware, and how Ware’s formal experimentation breaks new ground - “I think it is the nature of the graphic novel that it feels so unassuming. Like someone reading a comic strip in the morning in a quiet kitchen, then moving out into the blare and glare of the traffic of the world, Ware moves from tone to tone on a very wide canvas. He can be enormously funny and silly and enormously profound and somber, sometimes not only on one page but in one panel or between panels. Samuel Johnson talked about this in regards to Shakespeare, who he said could capture joy and sorrow and their changing nature more than any other artist. Ware achieves this as well.”

• Over at Shelfdust, Chad Nevett ponders the question of Marvel Comics’ Hyperion and just where a clear Superman analogue has to go other than up, up, and away; and Shelfdust 500 continues, as Kayleigh Hearn writes in appreciation of the silent suspense of Matt Wagner, Arnold Pander, and Jacob Pander’s Grendel #9.

• For Women Write About Comics, Elvie Mae Parian looks at Tatsuki Fujimoto’s recent one-shot manga Goodbye, Eri, and its author’s continued explorations of how we process grief, through celebrations of different forms of storytelling.

• Elizabeth Sandifer’s Last War in Albion continues, and this week the spotlight falls on Garth Ennis, and the brutal mundanity of Hellblazer #41, as the British invasion gave way to the Northern Irish invasion.

• For NeoText Review, Chloe Maveal returns to look at the work of John Smith, placing it in the context of the UK’s history of state sanctioned homophobia, and its media’s later co-opting of queer culture.

• Danielle Broadway shares details of John Jennings and Stacey Robinson's new exhibition 'Ebon: Fear of a Black Planet: A Black Kirby Project', and explores the history of Larry Fuller's Ebon, as well as the redefining of the character that Jennings and Robinson have undertaken, in order to update the work for contemporary audiences.

• Elsewhere in the academic realm, the University of San Diego’s inaugural Comic Studies & Practices Symposium shares its list of topics and presentations, with the event itself taking place July 18th.

• Mike Peterson rounds up this week’s editorial beat, for The Daily Cartoonist, as polls of all sorts took centre stage, sharing the spotlight with Twitter and issues of free speech.

• Non-Batman Comic Books Are Burning In Hell again, as Tucker Stone, Joe McCulloch, Chris Mautner, and Matt Seneca try to beat the buzzer and pick the top-tier Otomo slam dunk, plus discussion of which recent superhero comics do/do not belong in the bin.

• Katie Skelly and Sally Madden reconvened to judge the Thick Lines of Hubert and Kerascoët’s Miss Don't Touch Me, and explain why all correspondence should be written in indelible ink.

• NPR’s Planet Money experiment to buy a superhero property comes to its inevitable (?) conclusion, as a musical is made, and harsh lessons are learned regarding the difficulty of having a comic printed during a pandemic and global paper supply shortage.

• Shelfdust’s The War Effort hits the ⅔ marker, as Al Kennedy is joined by Kirsten Howard and Steve Morris for an after-action report on Secret Wars #8, and a bold new look for Parker, Peter ‘Spider-Man’.

• A triple-header Cartoonist Kayfabe week as Chris Pitzer once more intermittently joined messrs Rugg and Piskor as looks were taken between the covers of What If The Original Marvel Bullpen Had Become the Fantastic Four, Conan Red Nails: Artists Edition, Sin City: Family Values, Bodycount, and FOOM.

• A similarly triplicate time for Comix Experience, as Brian Hibbs spoke with James Tynion IV about The Nice House on the Lake and putting yourself in the stories you love, Nadia Shammas and Sara Alfageeh about Squire and antagonists with agency, and Paul Mavrides about The Fabulous Furry Freak Brothers: Idiots Abroad and universal reactions between marijuana smokers through the ages.

• Dan Berry welcomed Luke Healy to Make It Then Tell Everybody, as they discussed The Con Artists, thinking in images, books about subtle emotions, and daily tasks.

• Calvin Reid and Meg Lemke looked at a couple of recent graphic novel releases for this week’s Publisher’s Weekly’s More To Come, speaking about memoirs What is Home, Mum? by Sabba Khan and James Spooner’s The High Desert.

That’s all for this week, back again soon with more information for an information age. For those who are able to, a fundraiser is currently running for Rob Clough, which you can donate to here, to help cover living costs during a difficult time.

no one asked but I'm telling you anyway pic.twitter.com/2LOyPJ8l4h 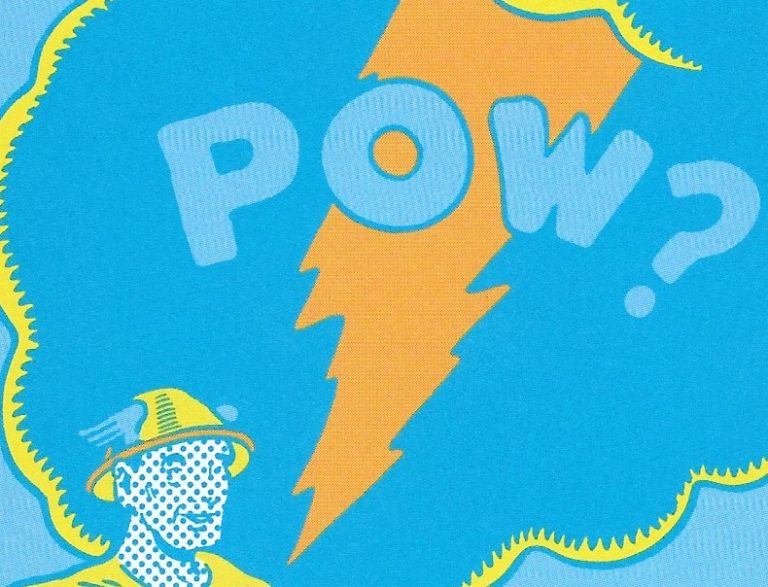 Chris Ware and the Unassuming Power of the Graphic Novel Form 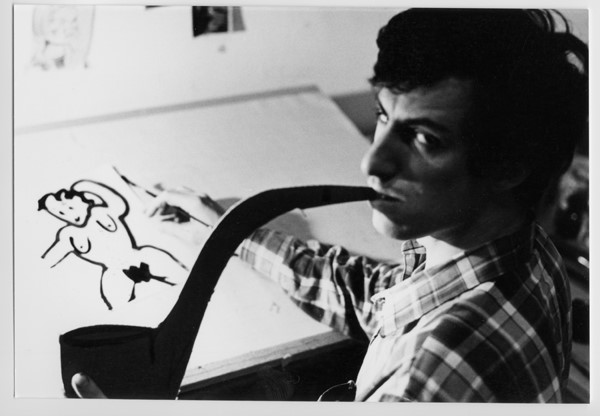