A shorter work week than usual, for some, and the white suits usually worn at This Week’s Links HQ have now been put back into the closet, lest the team be called gauche, thereby causing a hurting of feelings.

However, while Monday may have been a day of rest, the labor continued throughout the rest of the week, and provided a bounty of links, some of which you can find below.

Putting the I in inevitability… This week’s news.

The big news story of the week came via Claire Napier for Women Write About Comics, providing a full accounting of allegations made against publisher Action Lab Comics, regarding the release (or failure thereof) of Supermom: Expecting Trouble, and the subsequent disappearance of the comic’s writer Gordon McLean. Creators who have experienced delayed payment (where payment was received at all) for works completed for Action Lab Comics on other projects are quoted, and the predatory form of the publisher’s contracts are detailed, coming at a time when poor (read: unacceptable) treatment of creators by those who would seek to control cash flow relating to the fruits of their labor is, yet again, necessarily, under the spotlight.

Moved upon the face of the waters... This week’s reviews.

• Brian Nicholson reviews the tight pacing of Martin Cendreda’s The Hand Of Black And Other Stories - “Displaced from the specifics of social milieu, the sense of class striving that defines the crime story disappears. What we’re left with could be called horror stories, but they feel more like folk tales set in a contemporary idiom. However, since contemporary life is short on moral lessons, and only offers variations of guilt and dread, this is a small distinction.”

• Tegan O’Neil reviews the impressive ambition of Alex Paknadel, Ian MacEwan, et al’s Roofstompers - “The important thing here is not just that the drawing is pretty, though pretty it certainly is, but that it communicates quite a bit with a great deal of alacrity. A lot of information needs to be conveyed over the course of these mere seventeen pages, after all.”

• Alex Cline reviews the competent comforts of Fumi Yoshinaga’s What Did You Eat Yesterday? Volume 16.

Andy Oliver reviews a batch of comics available from creators at the ongoing Hackney Comics + Zine Fair, including:

- The profound existentialism of Lesley Imgart’s I Was Thinking.

Ryan C returns from vacation and has a bumper crop of quickfire reviews, including:

- Part 2 with Tara Booth’s Cabin In The Woods #1, John Sammis’ Pisser!, and Noah Van Sciver’s My Hot Date (And Other Embarrassments) and Boring.

- The lively comedy of Sōseki Natsume and Chiroru Kobato’s I Am a Cat: The Manga Edition, translated by Zack Davisson.

- The moving inspiration of Thomas King and Natasha Donovan’s Borders.

- The tender joys of Niki Smith’s The Golden Hour.

- The adorable magic of Cédric Mayen and Sandra Cardona’s Devil on Her Shoulder #1: The Bruja Is Missing!.

• David Brooke talks to Chuck Brown about Black Manta, that iconic costume, writing a grounded villain in a world of gods, and building on the DC mythos; and with Tee Franklin about Harley Quinn: The Animated Series: The Eat. Bang! Kill. Tour., introducing new characters, and the needs of one Commissioner James W. Gordon.

• Alex McDonald speaks with Paul Constant about Snelson, relationships with being online and fandom, alt-comics inspirations, and balancing the cartoonish and the ugly.

• Joe Grunenwald talks to Olivia Stephens about Artie and the Wolf Moon, bringing werewolf mythos into a familial setting, parental relationships, and comics as marathons; and Spike Trotman on The Woman and the Woods and Other North American Stories, providing a platform for underrepresented voices, and Kickstarter advice.

Andy Oliver speaks with Joe Stone about Hackney Comic + Zine Fair, filling a gap in the market, shifting to digital eventing, and debut titles to look out for.

• Kate Kosturski talks to Cullen Bunn about The Last Book You’ll Ever Read, alternative interpretations of the apocalypse, pandemic productivity and burnout, and hitting the creator-owned beat.

• Brian Salvatore looks back on the New 52 and speaks with Ron Marz about Voodoo, editorial ambiguity, getting to the core of a character, and the realities of direct market publishing.

Present a sponsored chat with Rebecca Taylor, managing editor of Vault Comics' middle grade imprint, Wonderbound, about what to expect from their upcoming slate of publishing.

Alex Dueben talks to Kim Dwinell about The Science of Surfing, the physics of the ocean, California as a character, and research as an escape.

Wendy Browne talks to Peter Milligan about Happy Hour, reasons to be cheerful, the middling miserableness of the UK, and the detriments of the technological age.

Words worth a thousand pictures… This week’s features and longreads.

• TCJ co-editor Joe McCulloch started off the week with a look at the new book/s from Olivier Schrauwen, as well as some aggressive Tintin content, another aspect of which can be seen over at The Daily Cartoonist where recent removals of the Belgian boy detective’s adventures from school libraries, as well as those of the littlest Gaul, bring book-burning back into vogue.

• Joe also brings us the second of this week’s offerings here at TCJ, charting the history of, and personal history with, Jack T. Chick’s proselytizing use of the comics form - “One can, of course, adopt the poise of apologia. That Chick and [Fred] Carter vivify rather simple Biblical scenes so fiercely, is to reveal the hidden rot beneath the piety of faith. The Bible, a genocidal text, is simple to apprehend as such from the gristle inherent to Fred Carter's depictions of flood and plague. So too it goes for Chick's taste for counter-intuitive argumentation. Good men deserve eternal suffering? The prosecution rests – no more evidence is necessary to demonstrate the toxicity of this favored draught.”

• Also for TCJ, Bart Hulley breaks down the golden rules of translation, and how McCurry, NYC, 9/11 was an exception to these, albeit one that worked - “As far as the English version was concerned, with the target readership being primarily French, Morvan (also French) had had the interview tapes transcribed and then translated into French before creating his manuscript. This meant that when the final draft arrived in my inbox, although I had what appeared to be the relatively simple task of translating the work into English, it had the (English) voice of Steve McCurry translated throughout into French – which, as rule two dictates, I should not attempt to translate back into English.”

• For Mindless Ones, Illogical Volume’s look back at the Locas stories of Love and Rockets hits the exoticism of the early issues, and the attempted reframing around this that occurred later in the timeline, before looking to the C.R.E.A.M. being churned throughout.

• Elizabeth Sandifer’s The Last War in Albion continues, with recent Grant Morrison-focused chapters on the singular brutality of Margaret Thatcher and an excising of ire as found in St. Swithin’s Day, the vicious revenge afforded by The New Adventures of Hitler, and a tour through the hits and the misses of the 80s/90s British comics scene.

• Over at Shelfdust, Field Theory continues as Katie Liggera considers the metatext of Garfield’s solid 8 hours a night, Steve Morris continues a Journey Into Mystery as patriarchal deities issue trauma down through the ages, and an all-star team of critics present multiple perspectives on the ending to Flex Mentallo.

• For The Hollywood Reporter, Borys Kit and Graeme McMillan round up the Substack situation, as the first wave of high-profile comics influencers send forth their newsletters into the aether, generating content for a money-spinning machine (for some) that thrives on engagement.

• The comics publicity machine allows for an extended A Christmas Carol riff, as titles of comics’ past, present, and future visit the reader in their four-post bed, with Entertainment Weekly’s best comics of August, Comicosity’s comics and collections out this week, and Polygon’s graphic novels to watch out for this fall season. You there, boy, fetch me the biggest Absolute Edition in the LCS’ window &c &c and fin.

• 1992. Wolverine mythos reaches critical mass, a full year before the same would start to happen for The X-Files. Follow the money.

• Mike Peterson has the week’s editorial dispatches, for The Daily Cartoonist, as there are crises at home and abroad, and the anniversary of September 11th loomed large.

• Kicking off this week’s selection with some virtual visits to OSU’s Cartoon Library, as there’s a free-to-view virtual tour of the currently open exhibition ‘Into the Swamp: The Social and Political Satire of Walt Kelly's Pogo’; and Monday brings a virtual talk on exploring the human-dog relationship through cartoons, linking to the exhibition ‘The Dog Show’.

• Some watching for today, and over the weekend, as 2021's virtual LadiesCon programming hits the internet, with a selection of livestreamed panels and talks, and a few early events up for viewing now.

• Mangasplaining returns for season 2, as Christopher Butcher hosted a discussion of the first two volumes of Osamu Tezuka’s Phoenix, thanks to some crossed wires, and a dip into Junji Ito’s Sensor, thanks to some sponsorship.

• A crossover episode of sorts, as David Harper welcomed Heidi MacDonald to Off Panel for a conversation on just what is going on with all the upheaval in every possible aspect of the comics market in 2021.

• Thick Lines hit the big 2-0, and so Katie Skelly and Sally Madden opened the mailbag and answered questions from Cathies on comics that hit and comics that didn’t, recommending books to new readers, and the best illustration gigs to take when offered.

• Finally this week, sent through to the This Week’s Links mailbag by Tim Young, the Deconstructing Comics podcast has a couple of interviews up to add to your feed, speaking with Joe Dator about Inked, and Jamie Loftus about Cathy podcast Aack Cast.

That’s all for this week, back soon with more, and don’t even try to stop me.

Think I’ve Still Got It is a collection of three short stories in the series that Wang XX has been writing and drawing since 2015. In these comics, we join our hero, Seal, on her journey through the intoxicating victories and crushing setbacks of modern life. pic.twitter.com/h4Rk91U3F8 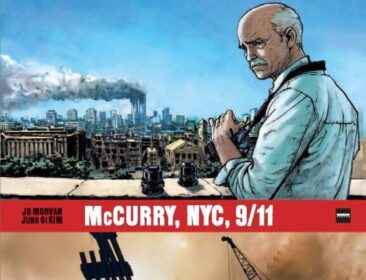 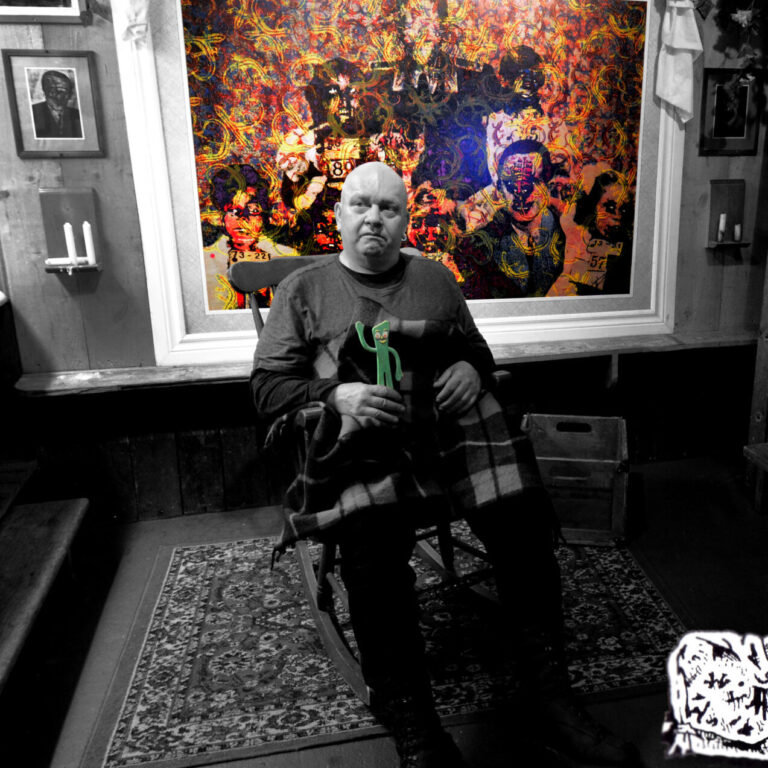