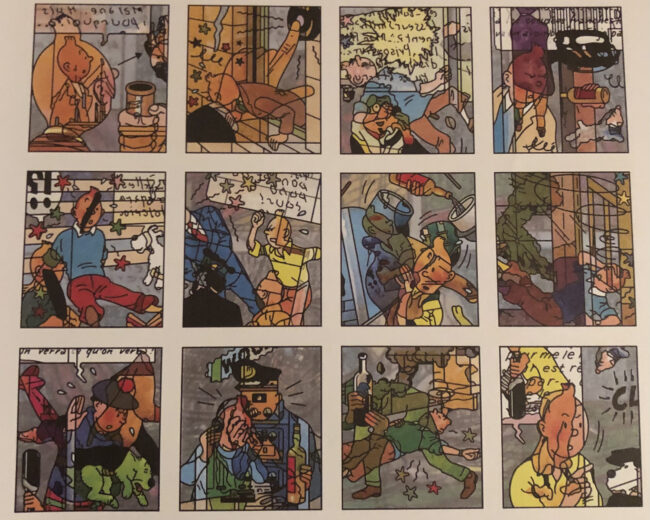 A page detail from Nitnit and the Pink Lambda Mystery, a 2019 book by the late Henriette Valium, published by Crna Hronika in Macedonia, which specializes in aggressive content. Nitnit takes the form of, naturally, a Tintin album, but one where several layers of images have been superimposed atop each other, transforming the clear line into an itchy relief of textures. The dialogue is a stream of invective, serving mainly to squeeze the homoerotic and racist characteristics of the children's comic favorite into a thick surface of sludge atop the visual information. Very deep into the weeds, off-putting to most - Valium is certainly an acquired taste. More on his work soon.

Today we have veteran contributor Brian Nicholson reviewing The Hand of Black and Other Stories, a collection of comics by Martin Cendreda. There's going to be several familiar names on the site this week; it will be cozy like a roaring firepit. My Labor Day was fine. I ate really poorly, and drank a lot.

A longtime reader mentioned this week that he hoped I would bring a blogging flavor to the website - careful what you wish for, huh? Here's something I'd have blogged about: 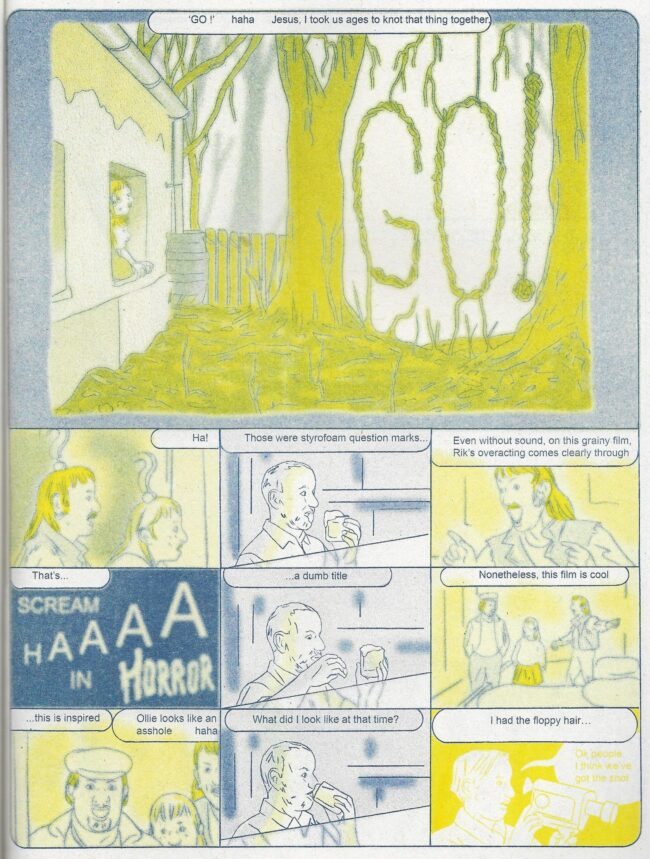 Yes, the new Olivier Schrauwen has arrived: Sunday 3&4, a 100-page double installment of Schrauwen's riso serial with Colorama - and by double, I mean it's two issues of an ostensibly six-issue series put together as one item, complete with the cover art for issue #4 appearing on its own glossy cover stock in the middle of the book at the appropriate place. The final two issues will apparently be published in the same manner next year, so that will be four books in total for the six chapters.

Sunday, taken strictly in terms of story, is shaping up to be Schrauwen's most 'traditional' narrative, in that its account of a single day in the life of Thibault Schrauwen, cousin of O. Schrauwen -- who is both the author of the book and a character in the book, and was also abducted by aliens in the "Greys" chapter of Schrauwen's last book, Parallel Lives -- spends some time poking at the neuroses and hypocrisies of a bourgeoise protagonist; one can easily imagine a movie adaptation appearing at a European film festival. But it is also filled with Schrauwen's fascination with language - that of speaking, of narration, of printing. There are three layers of reality depicted in the image above, denoted by different reproductive styles. The present-time images depict Thibault with crisp outlines and a predominantly blue hue. Then, there is the movie he is watching: a film he made as a typography student, involving the depiction of letters as part of the set. This also literalizes formal elements of comics, rendering them as absurd as the highfaluting motives of Thibault's film, which is really a platform for his pining over a lover of his youth, who has since left. Thus, the images from the film are very blurry and hazy. And then, there is Thibault's own memories, which render all lines and shade in uniform gold, creating images that are difficult to even read without holding the book up to a light source; you must squint as Thibault strains to remember these golden weeks.

The greater focus, however, is on the unreliability of narration. Where Arsène Schrauwen paired descriptive narrative captions with images that summarized or symbolized what was being said, Sunday locks Thibault's narration into the text captions, and then sends the images drifting luxuriously outward, often presenting dialogue between faraway characters underneath the narrator's thoughts. There is sometimes a discreet motive to this, but broadly we get the sense of lives existing beyond the self-obsession of the narrator - a typographer seeking to capture reality within his subjective descriptions, while others pursue pleasures and motivations unknowable to him. The Schrauwen to work to which it is closest is probably "The Scatman" (also in Parallel Lives), in which the protagonist's mental narration is hijacked by a nero-hacker who slathers a miserabilist internal monologue over her life. In Sunday, this SF concept is rendered more philosophical: there is the world as perceived by the self, and the world as it exists apart from the individual; words and pictures, gliding and colliding. Good jokes too, I recommend it!

Ok, that's enough for now. See you next week, unless I wake up and find myself face to face with the big faceless glowing God on their shimmering throne. 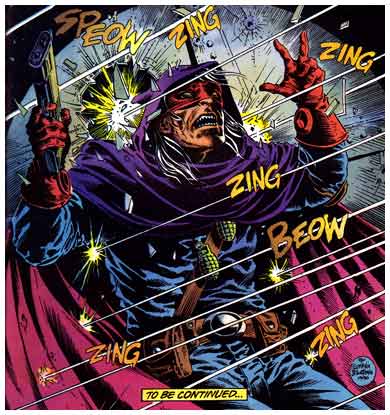 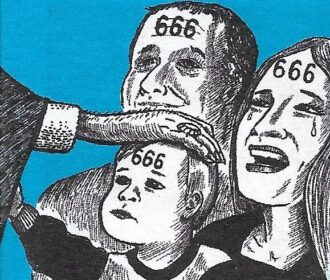 Life is Worth Living