-We are thrilled to have a conversation between Jay Ruttenberg and Drew Friedman. Drew you've heard of, but Jay is one of our most favorite writer/editors in the biz. His Lowbrow Reader is the killer zine about comedy to end all killer zines about comedy.

-Yesterday ol man Frank Santoro got "Biblical" on the subject of superhero comics, and continuing his "scene report" series, has Ian Harker chiming in on the Philly scene.

And elsewhere, slim pickins in the run-up to NYCC this weekend:

-C.F. is interviewed at Heavy Mental.

-Via Flog, a compilation of Jack Davis TV commercials. 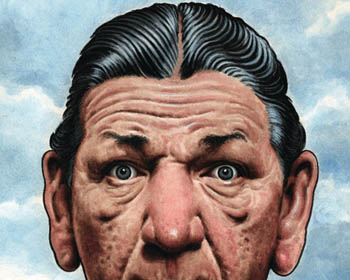 I Kept Drawing Faces: An Interview with Drew Friedman 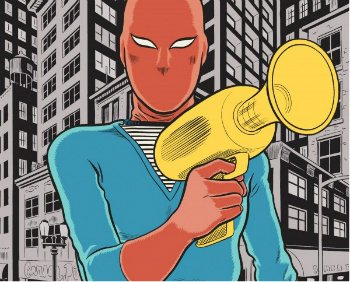