Everett Raymond Kinstler, who died on May 26 at the age of 92, occupied a unique position among all comics artists. No other artist went from drawing for the pulps and comic books to painting presidential portraits. And not just one or two, but eight presidents sat for him, including Ronald Reagan, Gerald Ford, Richard Nixon, Jimmy Carter, Bill Clinton, both Bushes and Donald Trump. His paintings of Reagan and Ford are the official White House portraits. In addition to his presidential portraits, Kinstler went on to become the portrait painter of society’s elite, painting more than 1,200 portraits that ranged from depictions of astronauts, to captains of industry, to movie stars like John Wayne, James Cagney, Gene Hackman, Christopher Plummer, Clint Eastwood and Katharine Hepburn. Additionally, he painted such prominent public figures as Lady Bird Johnson, Betty Ford, John D. Rockefeller III, Senator Daniel Patrick Moynihan, Supreme Court Justices Ruth Bader Ginsberg and Harry Blackmun, plus six U.S. governors, four secretaries of state and the presidents of numerous educational institutions, including Harvard, Princeton, Yale, Smith, Wellesley and many others. During his long career, Kinstler painted portraits of more than 50 cabinet officers, more than any other artist. He also turned his hand to painting portraits of authors like Ayn Rand, Arthur Miller, Tennessee Williams and Tom Wolfe.

His career is remarkable not only for his amazing artistic versatility but also for the breadth of his accomplishments. While Kinstler may not have made as much money as some other comics artists turned painters and illustrators — such as Frank Frazetta or Jack Davis — his work cut across social boundaries, making him the go-to painter for the connected, the wealthy, those who occupied the highest reaches of American power. Famous crooner Tony Bennett, one of his subjects, observed, “I don’t think there’s been a better portrait painter since Sargent. Kinstler’s that good.”

Like so many other young men who went into the comic-book business in the early days, Kinstler was born in New York City (on Aug. 5, 1926). Kinstler showed an artistic bent from an early age, and his parents encouraged him. Despite being in the midst of the Great Depression when they had to pinch every penny, his mother bought him a set of illustrated books titled Journeys Through Bookland, which was his first introduction to pen-and-ink illustration, in the work of Donn P. Crane and other artists. His parents subscribed to the Hearst Sunday paper and he was exposed to the art of Lee Conrey in The American Weekly, and devoured the work of Hal Foster, Alex Raymond and Milton Caniff each week in the Sunday comics section. Early on, Kinstler set his sights on becoming an illustrator for magazines like Collier’s and The Saturday Evening Post, which featured the work of his artistic heroes James Montgomery Flagg, Norman Rockwell, Mead Schaeffer and Dean Cornwell. Kinstler tracked down Flagg, who still lived in New York City, and the two became friends despite the vast difference in their ages. Upon Flagg’s passing in 1960, Kinstler delivered the eulogy for his hero and became the conservator of Flagg’s archives. The young artist went out of his way to meet artists he admired, coming in contact with Howard Chandler Christy and most of the surviving giants from the Golden Age of Illustration. He was a pallbearer at Dean Cornwell’s funeral in 1960.

Kinstler enrolled in the High School of Music and Art to get the training he would need to become an artist. However, after two years, he quit high school, and at the age of 16, set out on his professional career. Even though most of his art teachers held cartoonists and illustrators in low regard, Kinstler knew what he liked and what he wanted and was unimpressed by the trend toward non-representational modern art. Even as a teenager, he had an old-school sensibility and wanted to emulate his heroes. By the fall of 1942, he was already looking for work in the field of comic books. However, before quitting school, he asked for — and got — the blessing of his parents, despite their reservations. Though he never finished high school, Kinstler was a lifelong learner, and had an insatiable appetite for art and art history. He later attended the Art Students League, where he would return as an instructor from 1969 to 1974. He also studied at the National Academy of Design.

He showed his samples to editor Richard Hughes in 1942, and was immediately given work inking over the pencils of artist Ken Battlefield on a variety of true-life adventure stories for Pines’s Real Life Comics. With World War II raging, Kinstler’s age was an advantage, since he was too young to be called up for military service. So many older artists had already been drafted that the existing comic book companies were scrambling to find enough artists. The ambitious teenager spent his first year in comics as an inker, and absorbed whatever he could from the artists he worked with so he could take over all the art chores — penciling as well as inking. By 1943, his innate talent and hard work won out, and he was given assignments to draw and ink complete stories. He went on to draw and paint covers and interior pages for many different publishers, including DC, Avon, Dell/Western, St. John Publications, Atlas Comics and Gilberton (Classics Illustrated). He seemed to specialize in Western and romance comics, but such was his versatility that he also tackled science fiction, horror, jungle adventures and straight-ahead historical action. Among his first published paintings were covers for Fawcett’s Hopalong Cassidy and Tom Mix titles. 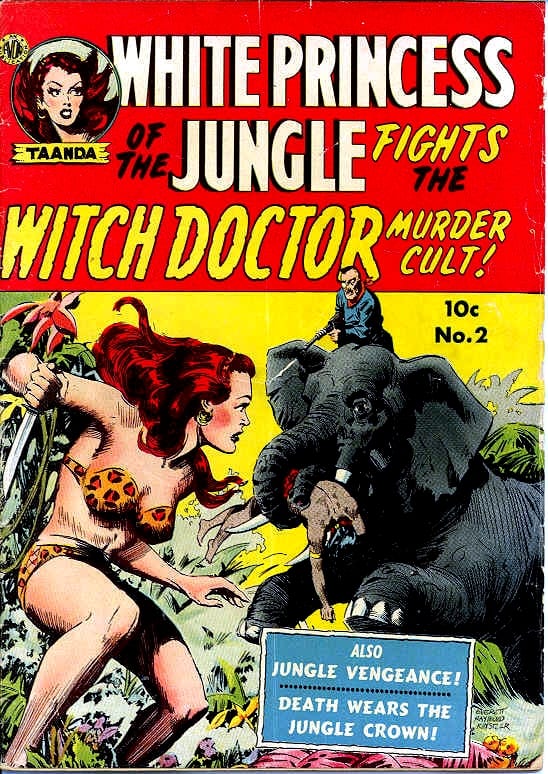 As a comics artist Kinstler often worked in a distinctive brush style reminiscent of Flagg, Raymond and Frank Godwin. His method was lush and illustrative and made Kinstler stand out from the legions of lesser artists who toiled around him — a foretaste of the greater things that Kinstler would accomplish beyond contributing covers, frontispieces, interior art and spot illustrations to comic books and pulp magazines. A particular highlight from Kinstler’s comics career was his frontispiece illustrations for Avon titles like Space Detective, Eerie, Murderous Gangsters, White Princess of the Jungle, Butch Cassidy and the Wild Bunch, Pancho Villa, Prison Riot and others. Knowing that his work would be printed on the slick cover stock gave Kinstler the ability to draw more intricate pen-and-ink renderings than he could for a comic book’s interior pages. These frontispiece illustrations are among the most beautiful comic book artwork ever produced. His paintings for early paperback book covers in the 1950s demonstrated Kinstler’s talent and were a promise of greater things on the horizon. At the same time that he was drawing for comics, Kinstler was also a prolific contributor to the fading pulp magazines. He did covers and interior illustrations for pulps like The Shadow and Doc Savage, Detective Tales, Dime Western, Adventure, Astounding Science Fiction and Short Stories, with Ned Pines’s Ranch Romances being one of his longest-lasting accounts. Kinstler continued working for the pulps long past their heyday, offering his last contribution to a pulp magazine in 1958.

Kinstler was drafted in 1945, but World War II was officially over when he was called up for duty in December of that year. He was sent to Fort Dix, New Jersey and — unlike many of his fellow cartoonists in uniform — was not given an assignment that utilized his considerable artistic gifts. Instead, he spent most of his time in the Army processing the discharge paperwork for the hordes of GIs returning from Europe and the Far East. He did, however, volunteer to do a comic strip called “Strictly GI” for his camp newspaper strip, and spent his off-duty hours doing freelance illustrations for pulp magazines. His proximity to New York City meant that Kinstler could use his passes to travel into the city to turn in finished work and pick up new assignments.

Kinstler’s enormously varied stylistic skills and constant study of other artists’ work enabled him to work for a wide variety of publishers. In addition to drawing for the comics and pulp magazines, he also did book illustrations, and, of course, the portraits which are the primary source of his renown as an artist. Despite working in comics, an industry held in low esteem by the fine art crowd, Kinstler was never ashamed of where he had come from — since working in comics gave him the opportunity to experiment with different drawing styles, and gave him an appreciation of dynamic storytelling.

Even though he had been working steadily in comics and the pulps, Kinstler yearned for a career as a portrait painter, especially since work from comic books and pulp magazines was drying up. In 1957, Kinstler took samples of his paintings to Portraits, Inc., a gallery that matched up artists with wealthy patrons. His first assignment was a portrait of Forrest Mars Jr., scion of the Mars Candy empire. This association with the Mars family would prove long and fruitful for Kinstler as he wound up painting the portraits of Forrest Mars Jr.’s wife, his father and his children over a period of 35 years. However, his career as a portrait painter didn’t take off immediately. During his first two years working with Portraits, Inc., he only did three paintings, and one of those commissions came from a personal friend. Eventually, though, Kinstler did so many portraits for Portraits, Inc. that he was awarded the Portraits, Inc. Lifetime Achievement Award and a university scholarship in his name is awarded annually. 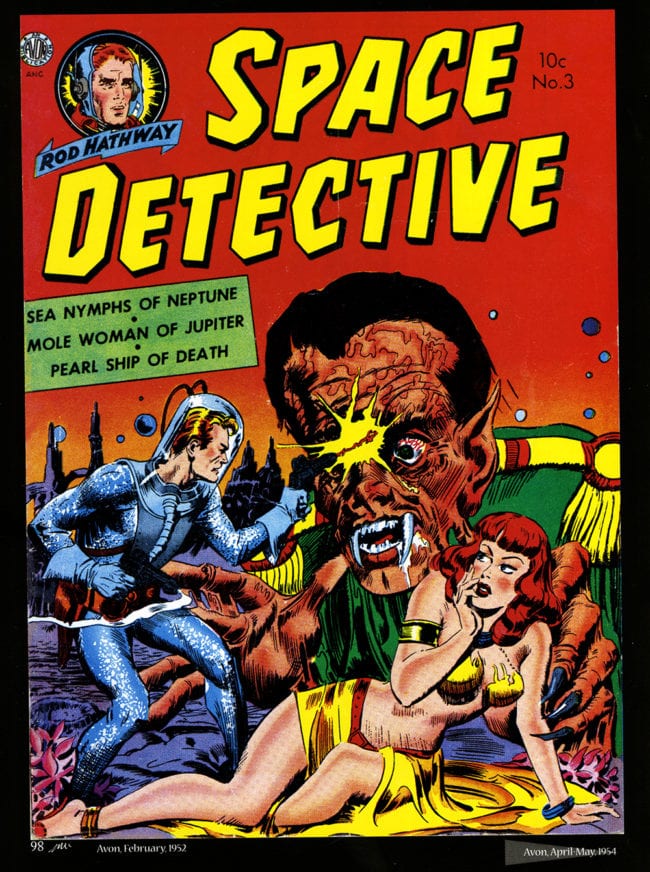 In 1958 Kinstler married his first wife, Lea Nation. The couple moved out of New York City to Connecticut, where they raised two daughters, Katherine and Dana. This first marriage ended in a divorce, and Kinstler married Marguerite “Peggy” Griffen Chartier on January 1, 1996. During the late ’50s and into the early ’60s, Kinstler supported his family by painting paperback covers, illustrations for young adult books and the odd record jacket. Among his clients were Bantam, Avon, Pyramid and Hillman. But it was around this time that his career as a portrait painter really took off. Once he was established as a respected portrait painter, he never looked back at the comics or paperback publishers. By 1962, his work in those industries had concluded.

Among the many honors heaped on the prolific and long-lived Kinstler are the Copley Medal awarded by the Smithsonian National Portrait Gallery (1999), an Inkpot Award from Comic-Con International (2006) and being elected to the National Academy of Design in 1970. Although Kinstler was somewhat embarrassed at being a high school dropout, he was later awarded honorary doctorates from Rollins College (1983) and the Lyme Academy College of Art in 2002. The National Portrait Gallery in Washington, D.C., amassed a collection of 75 of his paintings. His work is also included in the permanent collections of the Metropolitan Museum of Art in New York City, the Brooklyn Museum and the Butler Institute of American Art, as well many, many private collections.

Long active in the arts community in his native New York City and elsewhere, Kinstler held memberships in the National Academy of Design, the Allied Artists of America, the American Watercolor Society, Audubon Artists, the Copley Society of Boston, the National Arts Club and the Pastel Society of America Hall of Fame. In 2007, the venerable Public Broadcasting System even aired a documentary on the artist, as an entry in its American Masters series, a singular honor for a living artist.

Right up until the end, Kinstler continued painting in the studio he had established in the historic National Arts Club in New York City. 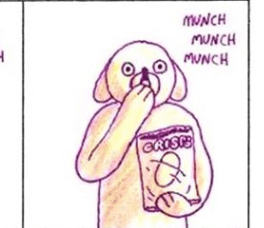 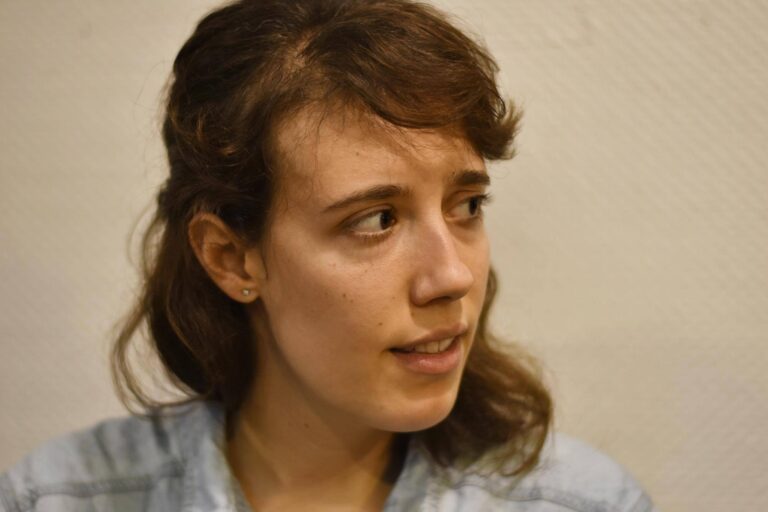 “We Want to Become, But We Don’t Even Know Who We Are”: Sloane Leong Talks to Kathrine Avraam