It's Friday, and we're pleased to be sharing the final day of Ellen Lindner's Cartoonist Diary. In today's installment, she fucks with her hair. When you're young, this is something you do because you claim you're trying to express yourself, but it's actually an attempt to discover yourself via a means of expression. When you do this during adulthood, then it becomes more of a means of enjoyment and pleasure. I just made all that up, but I bet it's true for somebody! Ellen is a pal from a ways back, and I like her more than I like most people. And I like people a lot: they're my favorite!

It's also time for some more pals--hell, i'm gonna call this a Conflict of Interest Friday! Why not. It's Joe "Jog" McCulloch and Matt "Ezekiel" Seneca, taking a look at Parallel Lives. Longtime fans of TCJ will know that these two powerhouses only team up on the most important of topics, unless they're teaming up with me, in which case we talk about late period Garth Ennis comics. Get your Schrauwen on!

Yeah - Arsène Schrauwen, especially, spun comedic gold out of what we in the present inevitably see as the banality of the past… but that stuff is still banality. Even toward the end of that book, its artist seemed decidedly tired of the period drag he’d draped his story in, pivoting first into fantasy with an attack of half-human leopard men, then into a very specific quasi-futurism with the construction of a technological wonderland deep in the African jungle. The past is pork and beans, the future is whatever you want it to be. Maybe Schrauwen just didn’t want to hold back his prodigious ability to invent from whole cloth anymore! His vision of the future is basically a point-A-to-point-B extrapolation from our own present - or just the intensification of a culture shift that’s already begun, as you suggest. But powered by Schrauwen’s unique creativity, which forgoes the big sweeping visions sci-fi usually affords and focuses in instead on the ins and outs of leisure, it feels novel.

This is in part due to Schrauwen’s switching up the structure of his pages. Where his previous work mainly used a gridded structure seen in any number of comics (usually a 6- or 8-panel page layout), here he scales up to a 6x4 24-panel grid, usually broken up slightly by one or two larger keystone images. The grid will get even denser in subsequent stories. This obviously enables Schrauwen to pack more information into less pages; “Hello” and later chapters of Parallel Lives could have filled out album-format graphic novels if they’d been illustrated more expansively. But it also forces Schrauwen into a highly elliptical visual treatment of the future, with the technophilic landscapes we expect from sci-fi comics relegated to a few geometric shapes and bold colors in the backgrounds of tiny panels. Schrauwen is focusing on people, using the futuristic setting not as a character itself (as we see so often in comics), but only the push that puts the personalities he’s playing with in motion.

The narration in Arsène and “Greys”, as well as all the other comics in this volume, is absent from “Hello”, robbing it of some absurdity and giving it a cracked sitcom feel. I didn’t enjoy returning to the story as much as I thought I would: put in context among other Schrauwen works rather than Mould Map, it feels a little less distinct. Still, as the only story here to straddle our world’s past and its future, it’s an important piece in the puzzle Parallel Lives presents, acting as a pivot point for the book’s subject matter.

Did I say it was conflict of interest Friday? Big surprise: this artform has less people participating in it than my high school has who participated in breathing, while the business division lacks the numbers to fill out a bowling league. The question isn't whether or not you know the people involved, it's whether or not you check your spelling. That being said: I love Michel Fiffe, and I'm becoming deeply invested in winning Austin Price's approval. Here's your Bloodstrike Brutalists review! 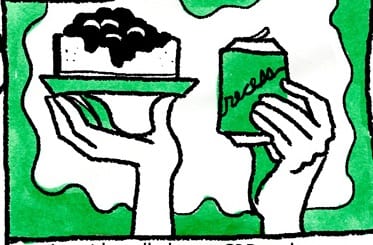 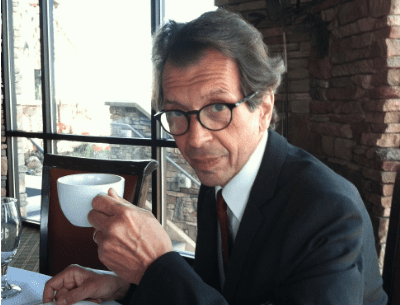