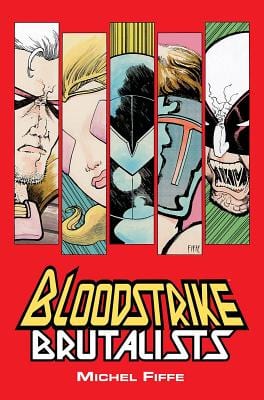 I hesitated when offered the chance to review Michel Fiffe’s Bloodstrike: Brutalists. For one, I worried my lack of familiarity with the finer points of the original Bloodstrike’s continuity left me unqualified to comment on how well ties together loose threads left dangling in the original run. No revival of the Rob Liefeld comic custom-made to appeal to contemporary audiences (fitting as that would be for this particular property), the three issues collected here are intended to give the original Bloodstrike line-up a proper origin story and a conclusion that bridges the gap between twenty-second and twenty-fifth issues of the first run, which were originally published in 1992-93.

Not that one necessarily needs an intimate understanding of that background to enjoy Brutalists. Michel Fiffe is a virtuoso – as always –  whose stylings and visual ambition are more than enough to carry the reader’s interest. It’s evident in the way Fiffe moves seamlessly between ultra-detailed depictions of graphic violence in stark black-and-white to elaborate action sequences colored with pop-art pallets to masterfully controlled pages that depict claustrophobia and tension through muted colors and deliberate sequencing that this is (as he declares in the book’s Afterword) his dream project. Every page features some sly visual experiment and a sense of play utterly absent from the current crop of action comics, be that a characters crashing through one panel into another, standing atop a lower panel as if it was a platform, or a bullet fired from one end of the page careening across borders and gutters to explosive results on the other. It’s a brilliant celebration of the kinetic which carries through to the narrative style. If it’s trying to wrap up two decades of dangling plot threads in a scant 68-pages, these pages are so packed with references to the larger Image universe that the elliptical nature of the telling and the frenzied pacing actually lend it the overall story a sense of bulk and mythology that a more focused telling might never have. One is so overwhelmed by the sense of a history and a shared world that it’s easy to overlook the fact this story isn’t particularly concerned with the internal lives of its characters.

Two of the three may be told entirely from the perspective of single character, yes. But in each case Fiffe’s interest is not so much with their humanity as it is with hammering home how cruel their meat-grinder of a world really is. Team-member Tag’s poisonous touch (her one-night stand with a barfly leaves the man rotting alive) is a metaphor-in-micro of the corrosive effect’s of the team’s presence in the world. They may escape their government overseers by the end of the story, but the attempt results in a rash of innocent casualties and the knowledge of a conspiracy so big that they simply walk away from it in cynical resignation. There’s an appealing seediness to this approach that carries its own suggestive powers, a bloody, chunky nihilism that shies away from neither the characters’ own viscera nor the degeneracy of a world where characters and institutions all are in a state of constant moral and physical decay. It’s not necessarily cool, this posture, really, even if it’s easy to draw a line from its obnoxious adolescent edge through to the snarky fascism of Warren Ellis’ The Authority, the sneering, superior cynicism of Mark Millar’s Ultimates, and finally Hickman’s apocalyptic nihilism that defined superhero cool for the next two decades. It’s simply never distant or patronizing or arrogant enough to earn that designation. The swagger here instead is that of the cock-sure creator certain their work is the most exciting thing they could produce and damn the rest of the world’s doubts (a welcome charm in a world where pretense favors even the pretense of sophistication to anything that seems base). 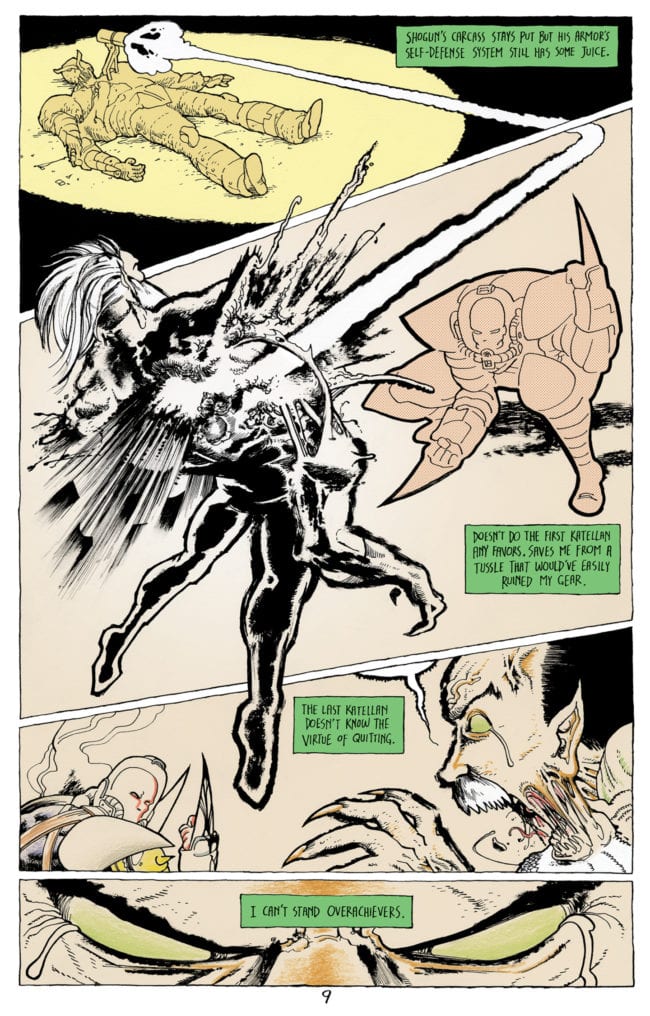 The larger problem, and the one that bothered me more before agreeing to this assignment, was a fear more personal. I worried that by reading Fiffe’s revival I might tarnish my own memories of Liefeld’s work, memories that have come to take on almost totemic importance in my mind. That must sound absurd at a time when the critical consensus for over a decade has been that Rob Liefeld is something of a living punchline. It must sound doubly absurd considering I was too young to make any proper sense of the outsized influence Liefeld had on comics when he debuted in the late 80s. His star was ascending just as I was learning to read and my parents – aware that the excesses of violence enjoyed by my older, adolescent brother were sure to trickle down my way – made certain that anything that so much as smacked of the kind of ultraviolent, hypersexualied testosterone blasted power fantasies peddled by Liefeld and Macfarlane and the rest of the Image bullpen never darkened our door. Yet I felt it all the same. Could it have been any other way? Liefeld’s fingerprints were on every element of pop culture at the time: his characters adorned T-shirts, skateboards, backpacks, and binders; his emphasis on fantastic, grossly exaggerated anatomies and martial aesthetics influenced the art direction Marvel and D.C. for the better part of a decade; despite my parents’ best efforts my brother managed to smuggle a few stray issues of Bloodstrike, Young Bloods and X-Force into our house where despite his best efforts I managed to sneak the occasional quick peak at them.

Maybe that’s why I never learned to loathe Liefeld’s most eccentric sensibilities the way so many others do. The baroquely detailed artificial limbs, the paramilitary uniforms festooned with purposeless pouches and straps and bulging shoulder pads, the comically overlarge and overwrought guns: none of these registered as absurd to my infant brain. Or even as cool, necessarily. I was too young then to make sense of them in such a way. Unlike Spider-Man and the X-Men ,whose spandex-simple costume and simple origin stories were easily digestible to even a child, Liefeld’s ornate character designs and aggressive stylings suggested a world that seemed strange and massive and inexplicable by any measure my toddler brain could conceive of and only grew more so as decades of distance and inaccessibility conspired to insure I never had the chance to figure out what, exactly, had been happening in those older Liefeld comics. By the time I could afford trades or to track down single-issues I demurred out of some idea that these images and ideas were more valuable in the form of the warped misapprehensions I’d built up about them. I craved the mystery they symbolized and so decided to hold on to an emotion that’s become rarer and rarer the older I’ve gotten. 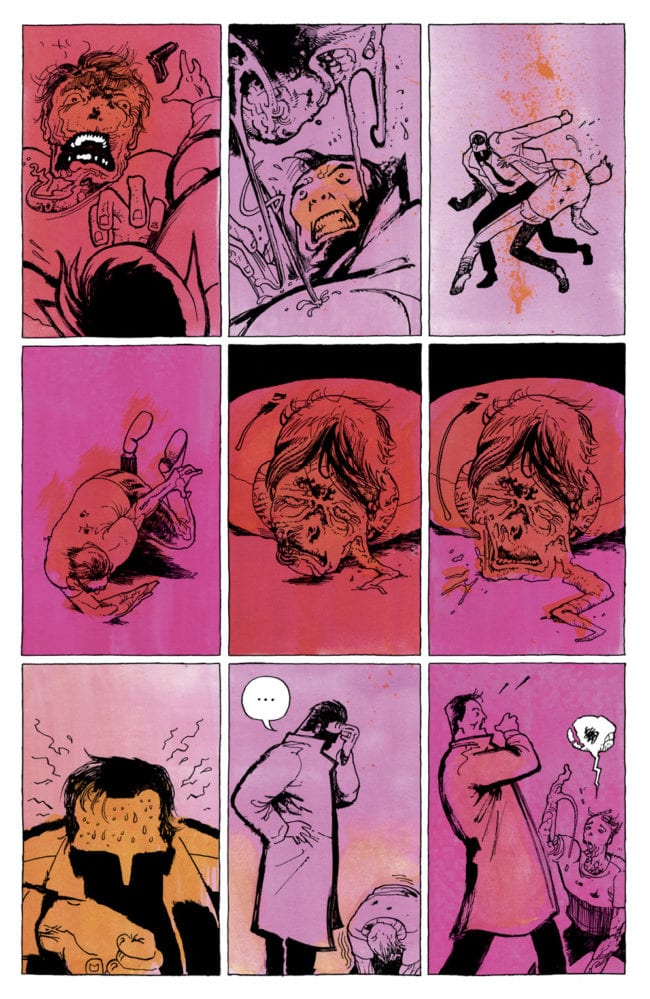 Maybe it was wise to do so. For despite all my praise, I closed Bloodstrike: Brutalists each time I read it with the sense that there was something hollow in it, something at the core of the effort. As if all that to-do about the series’ mythology and larger scope, as if all that stunning artwork, as if that catching vibe and attitude that seemed to be suggesting so much was in fact only suggesting. As if for all of that there was actually nothing of substance to pin these feelings and suspicions to other than an elusive and ultimately insubstantial feeling.  If that’s all Fiffe was going for then it would be foolish to criticize him for failing to deliver something he made no pretense of. But it’s also true that if, as Fiffe hopes in the Afterwords, this book “double as a showcase of why [he’s] been attracted to this title since it hit shelves,” then my own sense of disappointment isn’t merely an artifact of reality and expectations mismatching but an accurate understanding of the appeal and frustrations of this particular style. That the mystery and attendant sense of wonder I’d cultivated for decades based on the suggestion that there was something more interesting at work in those comics was ultimately best left undisturbed because it was ultimately more valuable to me personally. This is, again, in no way a slight against Fiffe nor another in the long litany of condemnations of Liefeld and his influence. The former would be foolish; he’s undeniably one of the most exciting artists today. And the latter would be cliché and trite; pissing on Liefeld for failing to uphold some kind of standard of realism he was never shooting for is to miss some of the joy of art and to invite the kind of bog-standard stylings that have claimed so much of the superhero genre these last two decades. My frustrations are more with my own disappointments and the understanding that some memories are best left undisturbed. That sometimes the suggestion – the image – is more compelling than the substance. 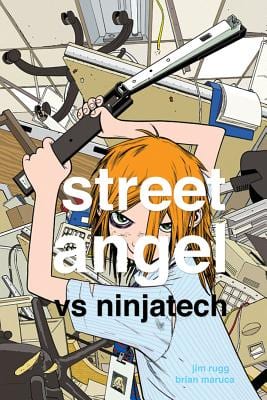 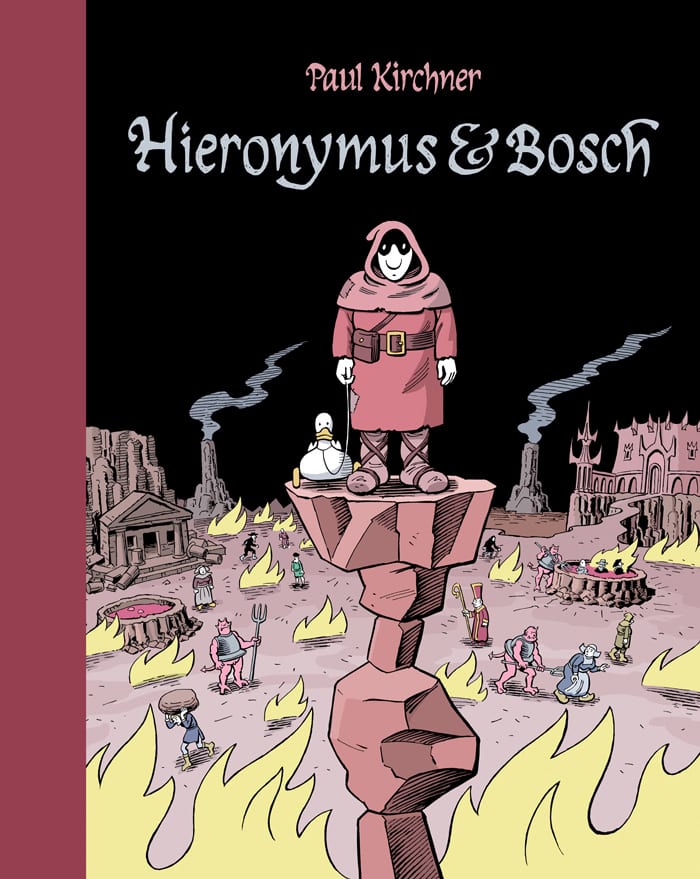