Today on the site, Cynthia Rose reports from the Paris comics festival, SoBD, which is run by Stripologie.

Almost any Parisian will tell you that comics and graphic novels are serious stuff. Here, the "BD" or bandes dessinées are not just in bookshops. They're all over the place: in train stations, supermarkets, museums and the news kiosks found on every street. During 2016, the country's residents bought more than eight-and-a-half million BD – so we're talking about 15.5 % of the whole French population. What's more, those statistics seem to be increasing.

This omnipresence, however, has a down side. With new volumes appearing weekly, few books get more than a fortnight on display. Blockbusters such as Asterix are different but, even for mainstream publishers, this poses a serious problem. When it comes to collectives, independents, and books about comics, that problem is a crisis – and it's one Amazon hasn't helped.

Parisian Renaud Chavannes is doing something about it. Chavannes, a journalist and digital entrepreneur, also authored Composition de la bande dessinée (Editions PLG). A thoughtful history and analysis of page layout, it took him a decade – and he wasn't prepared to see it simply appear and vanish. So he fought back by designing a shop of his own, an online boutique called Stripologie.com. Open for business since 2012, Stripologie sells books over the internet. But it's dedicated just to books about BD, to special editions and volumes on the history, art, and theory of comics.

And Frank Young has reviewed Paul Karasik and Mark Newgarden's How to Read Nancy.

“You can’t teach genius,” my friend and colleague Glenn Bray quipped in a recent email exchange. As an after-school teacher of comics, cartooning, and storytelling, I must bow my head and agree. One out of 50 of the middle-school kids I teach has the bonafide comics bug—that burning desire to draw and tell sequential stories. The rest do their imitation Sonic the Hedgehogs, Wimpy Kids, and Bendys, despite my invitations to create new characters instead of expending their energy on fanfic.

Some of the subtleties of How to Read Nancy—and its wry humor—may be lost on the age-group I teach, but this book has the potential to inform and inspire, by example, the process of comics-making to anyone willing to lend an ear and focus. It’s the best thing to happen for comics in a long time.

To make comics, one must study comics—just as a filmmaker watches movies and a novelist reads other writers. No art exists in a vacuum. We get the occasional void-artist (Henry Darger, Fletcher Hanks, Rory Hayes) but they’re a rare exception. With its focus on the most mainstream cartoonist of the 20th century, authors/theorists Paul Karasik and Mark Newgarden expose the self-evident truths hidden in plain sight in three panels of a comic strip that came and went in a blip in the summer of 1959.

Her pages are uniform, six square panels to a page. Most panels feature Gabrielle in them. The square is a stage, you generally see her full body, taking up most of the height of it. She is skinny, there is room enough for backgrounds and other characters. Room enough also for a good amount of text. Usually this is dialogue, sometimes it’s more caption-driven. Sometimes the captions will accompany a drawing where Gabrielle has thought balloons going as well: The captions relaying an after-the-fact storytelling, while her thought balloons convey her thoughts at the moment being depicted. The desire for ink on the page results in marks that seems like they are meant to delineate folds in fabric, but there are more of them then there would be folds on fabric. The overall effect is anti-glamorous.

—and his disinterest in recent superhero comics:

DC currently has an imprint edited by the singer of the emo band My Chemical Romance, that’s clearly designed to be something of a throwback to the early days of Vertigo. I love a lot of those comics: The Peter Milligan Shade The Changing Man, the Grant Morrison Doom Patrol. My interest in reading the revivals falls apart on flip-through. The difference between the nineties iterations and their contemporary revivals is that, if the older audience identified with the label “alternative,” the ideal audience for these Young Animal comics are people who would describe themselves as “adorkable.”

The series took about a decade to complete. When you started with your notebooks and sketchbooks, did you know what the last page would look like?
Probably not right at the beginning, but I had a core idea. I knew what that last page was gonna be for, let’s say, seven years. At the very beginning, we’re floundering around trying to find a way in to tell the story, and to tell it the way that feels right. There’s a lot of missteps. I did maybe three pages of like a first version, and I was writing it and drawing in the way that I had kinda worked previously, and I realized I had to step away from that.

—The latest guest on the CBLDF podcast is R. Sikoryak. 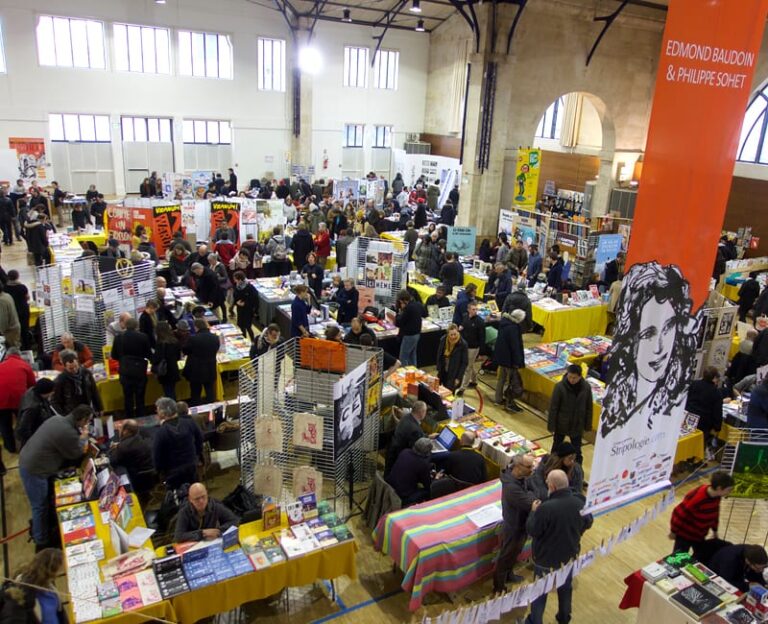 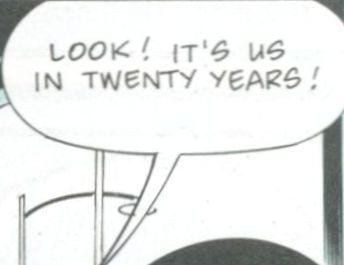