Michael DeForge is back again this morning (or the Michael DeForge from March is, anyway), this time with a look at a Toronto-based psychoanalytic group, the kind they don't make 'em like anymore.

*When I saw who was involved with the Paying for It critical roundtable over at the Savage Critics (part one, part two), I got pretty excited. Up to this point, it's been a lot more dismissive of Brown's work than most reviews have been, and the participants are perhaps just a bit too in sync in their views (at least so far) for this to be quite as much fun as roundtables sometimes can be.

Based solely on the subject matter, I expected there to be a lot more angry denunciations of this book than have appeared so far. Responses have been unusually measured in general. I also expected at least a few reviews to be entirely positive, extolling Brown's politics as obviously correct, and so far I haven't read any at all. They've got to be somewhere right? On a libertarian blog somewhere, or a prostitution website?

*Seth's father, who wrote the memoir Bannock, Beans, and Black Tea, has passed away, and the cartoonist wrote a tribute to him on the D&Q site.

*You should really look at these excerpts from Roy Crane's scrapbook, which also includes working notes and layouts for a strip he was developing in 1977.

*The great Arnold Roth has started a blog.

*Via Tom Spurgeon, a pretty great message-board appearance from Walt Simonson, who shows up to respond to a poster's complaints about his Thor run.

*For lettering and design obsessives: D. B. Dowd talks wordmarks. 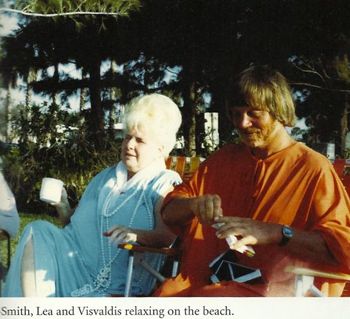 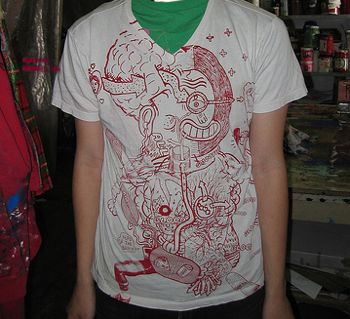