It started with Bob Beerbohm. More or less. He started looking for his old friend and the search led to the obituaries. For the last 6-8 months, Beerbohm had been feeling that he ought to go see Bill Blackbeard. It was an old habit gnawing away at him. It was, he said later in his tribute on this site, “an intense need to see Bill.” And if he hadn’t had that feeling we might not have found out for a much longer time that Blackbeard, “the man who saved the comics,” had slipped away from us on March 10.

A dealer in comics since the early 1970s, when he and John Barrett and Bud Plant opened the Berkeley Comic Art Shoppe on Telegraph Avenue, a few blocks away from the University of California Berkeley campus, Beerbohm regularly visited Blackbeard, first at the San Francisco Academy of Comic Art on Ulloa Street in San Francisco’s Sunset District, then, after Blackbeard left there, at his mobile home in Santa Cruz. He had met Blackbeard in 1972 when he’d dropped into the Shoppe and engaged Beerbohm in conversation about comic strips. Soon thereafter, Beerbohm made his first visit to the SFACA, and he was blown away by “the mountains of comic strips and bound volumes all carefully indexed and sorted.”

“I became an ardent fan of his work,” Beerbohm wrote, “supporting him in every way I could.” It led to a life-long friendship, founded in a mutual passion for collecting old newspaper comic strips.

When Beerbohm was asked in late 1996 by the Overstreet Price Guide to co-create what became known as the "Platinum Era" section of the Price Guide, he went to the SFACA to start reclaiming “lost” comic book knowledge. “We spent several days going through  drawer after drawer with Bill saying, ‘What took you guys so long?’ to decide to explore the comic books published before 1934's Famous Funnies.”

For several years, Beerbohm would stop by Blackbeard’s Santa Cruz domicile when returning from the San Diego Comic Con to his home in Freemont, Nebraska. The ritual was interrupted for several years lately as Beerbohm recovered from hip replacement surgery and lost contact, temporarily, with Blackbeard. But after this year’s WonderCon in early April, Beerbohm responded to the nagging urge he felt to visit the famed collector. Beerbohm was planning to fly to the Bay Area on business, and he thought he’d make a detour to Santa Cruz.

When he tried to phone Blackbeard, he found that the phone number had been disconnected. Beerbohm then phoned Ohio State University’s Cartoon Library, whose curator, Jenny Robb, referred him to Gary Groth at Fantagraphics. When he got Groth on the line, he learned that Blackbeard was in a nursing home. Groth gave him a viable phone number, and Beerbohm dialed, but the line was busy.

It might have been Groth phoning the nursing home. Groth and his partner Kim Thompson had not been in contact with Blackbeard for about nine months. Their last use of the SFACA trove had been for the Krazy Kat volumes, the last of which was published a few months ago. But when Beerbohm phoned him, Groth decided to find out what was happening with Blackbeard and phoned the nursing home. It was Friday, April 22.

When Groth asked for Blackbeard, they told him he was deceased. When he pressed for details—when and cause of death—they refused, saying privacy laws prevented them from giving such information to anyone not on a “next of kin” list. Groth then phoned me, and I went to work on the obituary that we posted here on Monday, April 25.

Beerbohm, meanwhile, finally got through to the nursing home. His experience was the same as Groth’s:

“The lady who answered said a Bill Blackbeard was not on their roll call list, so she clicked me over to their medical records department. That person informed me Bill had passed away some time ago. It hit me like a ton of bricks had fallen on my head.

“After going round and round with her for some minutes, I realized privacy laws dictated they were not going to divulge any information whatsoever as I was not on a ‘next of kin’ info list. I asked her finally if Bill had still been alive during the time of Wondercon which had been the first week end of April, and she told me he had died some time before that. A bit of anger overtook me when it sunk in that Bill had passed away months ago and no one knew. ‘Why is that?’ is the question still on my mind.”

And Beerbohm’s question hangs in the air: Why did no one know that Blackbeard had died? The man whose passion for collecting comic strips had launched hundreds of reprint projects slipped away without anyone knowing? “Why is that?”

OF THOSE WHO SHARED BLACKBEARD’S VISION, one of the last to see him was Peter Maresca of Sunday Press Books, which has published a half-dozen stunning reprints of Sunday funnies, beginning with Winsor McCay’s Little Nemo.

“I don’t think there would be a Sunday Press Books without Bill Blackbeard,” Maresca wrote in his Tribute at this site. “Bill was a friend and a mentor. I first met him in 1980, but only got to know him well in the last decade. I visited with him a few times a year since he moved from San Francisco down to Santa Cruz. The last visit was just before Christmas, 2010; his mind and movement were considerably slower than just a few months earlier, but he still talked about projects present and future. Somehow I thought he’d keep going forever.”

Here at tcj.com, we can find numerous other tributes to Blackbeard—recollections by friends and colleagues and encomiums for the man who saved the comics. But Pete’s remarks, both at tcj.com and in notes to me, seem to shed light on why no one knew for such a long time that Blackbeard left us. When Blackbeard moved to Santa Cruz, he set up housekeeping with his wife Barbara in a mobile home—near the ocean, he told Maresca, so she could surf every day.

Maresca went on: “Once, I think in 2007, I went to the trailer and he was looking terrible, said he was having a hard time breathing, and I decided to take him to the hospital. He said he had been in bad shape for over a day. I asked him about his wife. He said she wasn’t around and we left it at that. Turned out he had heavy duty pneumonia and was in the hospital for a few more days, treated with IV antibiotics. The next time I called him, a few months later, the phone was disconnected. I freaked. Called Kim Thompson who gave me the number at the nursing home. I don’t know if Bill’s wife was out of the picture completely at that time, but he never did mention her.

“I watched his health deteriorate steadily over the last eight years, but his spirit—his love for and devotion to his calling—remained strong to the end. Art Spiegelman and I took him out to lunch one day shortly before he was forced to move from his trailer to the nursing home in Watsonville, a few miles to the south. Unfortunately, there was no one around to give him the home care he needed. He could barely walk, occasionally needed oxygen, but during our visit he made only slight reference to his ailments, as if they were a minor nuisance, and much preferred to hear more about what we were doing. Art was in Santa Cruz that day to speak on his No Towers book and how he channeled the early comics artists to help himself through frightening times. I had just released my first Little Nemo collection, conceived with great encouragement from Bill. I listened as he told stories and shared his knowledge of comics history, expanding an appreciation of both the medium and the work he had done to bring it to a modern audience.”

If Barbara was no longer around in Bill’s last couple years, that might explain why he passed from among us with so little initial attention. The nursing home personnel probably knew nothing about his life and signal achievements: from their perspective, a simple notice in the local newspaper (date of death, maybe nothing more) was routine and deemed sufficient.

Nursing homes are usually fairly depressing places, Maresca noted. “But Bill was remarkably upbeat about it all, saying they treated him quite well. I visited many relatives in nursing homes (big Italian family), and they ALL spent some time bitching about it, but not Bill. I never really knew Bill until he moved to Santa Cruz, don’t know what he was like in the heyday. Maybe he was a bit more forceful? But I was thinking—hell, when I start dying everybody’s going to know about it and I’ll be sure to get attention and sympathy. But the Bill I knew wasn’t that kind of guy. Didn’t want to ever put anybody out, never expected things of others. I know he loved it when I could get down there and talk comics for a few hours, but would never think of calling me to ask when I’d be down again. Well, maybe he was like me and thought he’d be playing with the ol’ comic strips forever.

“I found his kindness and support to be boundless. And so was his emotional energy, even as his physical energy left him. Funny thing—I would often feel jaded about comics strips, having collected, clipped and compiled for nearly 40 years, but with each visit to Bill, I felt a contagious enthusiasm, realizing there still much to learn, still new ways of viewing old creations. On occasion, I would bring down an old strip he had never seen, unlikely as that may seem, and he’d light up like a schoolboy at the drugstore comics rack on delivery day. Quite a guy.” 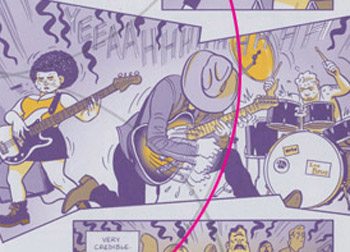 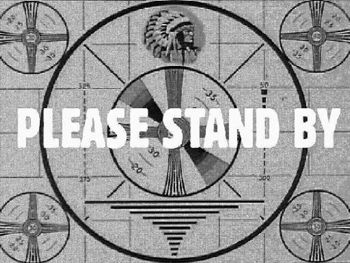