So that didn't work. Sorry about the disruption this morning. Apparently the e-mails sent out to remind us to renew our domain name were sent to the inactive address of a person who no longer works at Fantagraphics. It seems to be all fixed now, though, and shouldn't be a problem ever again. Though keep track of this date a year from now, and we'll see.

Okay, and we have two new prose columns up. First, R.C. Harvey is back with more thoughts about Bill Blackbeard.

[Bob] Beerbohm’s question hangs in the air: Why did no one know that Blackbeard had died? The man whose passion for collecting comic strips had launched hundreds of reprint projects slipped away without anyone knowing? “Why is that?”

And Frank Santoro posted his most recent Layout Workbook Sunday. This time, the topic was Asterios Polyp. (Have you been following along with this stuff? The sheer mass of evidence Frank has laid out so far is pretty impressive.)

Once I was teaching a class in my studio and I would randomly open Asterios Polyp to a spread and diagram it from the center out. The folks in the class practically fainted when they would see a random spread "line up" right in front of their eyes with a few twists of a compass. It's fun! Try it at home!

Austin English reviews a book likely to be one of the year's major releases, Lorenzo Mattotti's Stigmata.

Often, in a comic, if the reader is unsure of how to react to a particular character's physicality, it's due to the poverty of the cartooning (or the imaginative breadth of the story). But with Stigmata, the portrayal of the main character is so sophisticated that it defies us to size him up.

Finally, Dustin Harbin is our newest diarist. He went to TCAF, and drew a week's worth of cartoons about it. Entry one is up now.

Dustin isn't the only one filling out their convention reports a little late, and it's understandable if you're TCAF'd out by now. All the same, two recent posts on the show are still worth a look: Dylan Williams's (especially in light of the far less sanguine takehe offered after this year's MoCCA and Stumptown festivals), and Tom Devlin's, just because he may be the funniest tour guide in comics.

In Jeet Heer news, he reviewed Chester Brown's Paying for It in the Toronto Globe and Mail, and does so from a personal angle.

And now his daughter is getting into the comix tawk game.

Tom Hart, the best-liked man in comics, is holding a fundraiser for his Sequential Artists Workshop. Go here for more info.

Finally, Bhob Stewart has dug up a can't-miss oddity, with a back story involving Doug Moench, Robert Roger Ebert, and Vampirella. 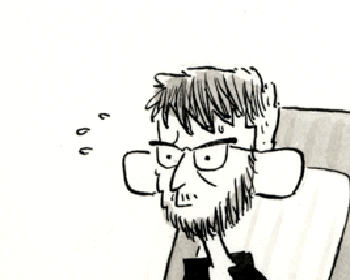 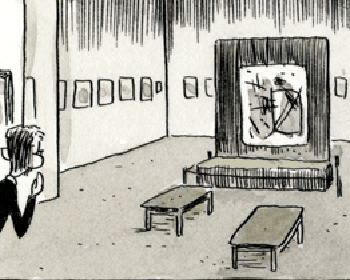